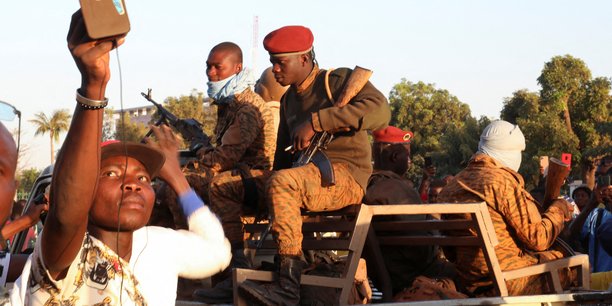 For the third time in several months, an elected government has been overthrown by a coup in West Africa. In Burkina Faso, Roch Marc Christian Kaboré was removed from power on 24 January by the military. Lieutenant-Colonel Paul-Henri Sandaogo Damiba took power. Kaboré had been elected for the first time in 2015 in the wake of a popular uprising, which had forced Blaise Compaoré to flee the country. He was re-elected in 2020. We repost a statement by the UAS (Unité d’action syndicale) – a grouping of the major trade union federations in Burkina Faso – condemning the coup.

Trade Union Unity Action (UAS) of Burkina Faso is following the development of the national situation with great attention. Following shootings in certain barracks and various rumours, a group of soldiers announced on Monday 24 January 2022, on national television, the seizure of power in the name of the “Patriotic Movement for Safeguard and Restoration”.

The UAS notes that this situation is the consequence of the mismanagement of the country by the government of President Roch Marc Christian Kabore. Kabore assumes considerable responsibility for the occurrence of this coup. Indeed, the country has been marked by poor political, economic and security governance. There was a failure to take into account, on the one hand, popular concerns that were clearly expressed during and after the popular insurrection of 2014 and on the other hand, repeated questioning of democratic organizations of the country, including the trade unions.

This resulted in the inability to guarantee the people their right to security and to a dignified existence, the large-scale development of corruption encouraged by impunity, the calling into question of democratic and trade union freedoms, in particular the freedom of to demonstrate, the right to information and freedom of expression, the questioning of workers’ achievements.

In fact, by repeatedly violating the law, the “democratically elected” power prepared the way for the questioning of the rule of law.

That said, the UAS reiterates its principled opposition to coups. It reaffirms this position and expresses its firm attachment to the respect of democratic and trade union freedoms, to the safeguarding of workers’ achievements, to the respect of the right to life and to the security of populations.

Therefore, it invites its activists and sympathizers, and all workers to remain vigilant with regard to any threatening practices and any attempt to question democratic and social gains.

To this end, they must strengthen their organizations, mobilize to continue the fight for the defence of their rights and achievements. 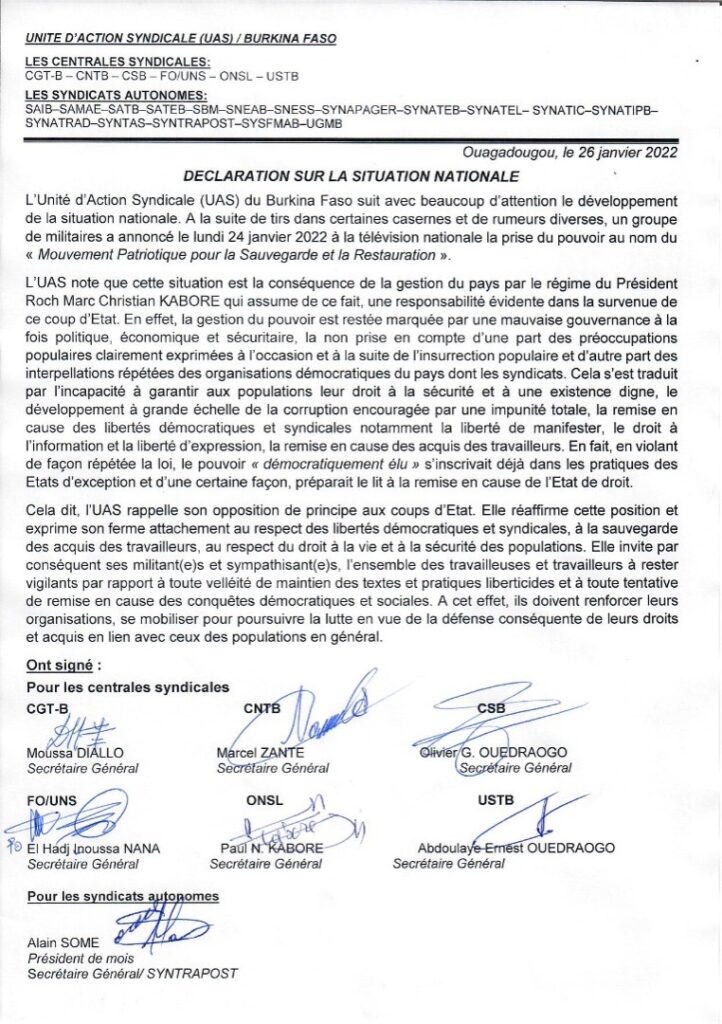