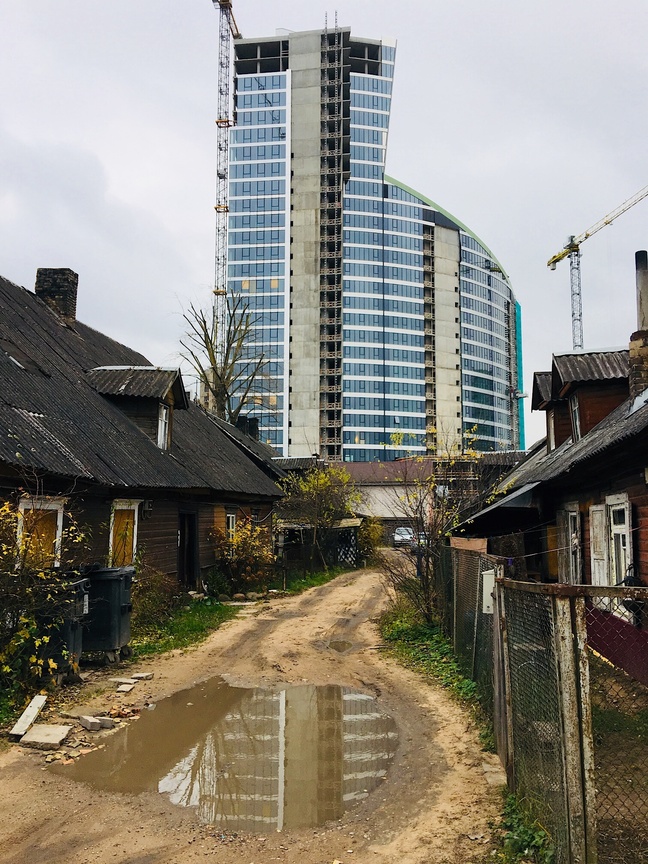 In a major critique of dependency theory, Esteban Mora continues the debate on the nature of imperialism on roape.net (and specifically the blogpost by Walter Daum). He argues that while inequalities and unevenness in the world market exists, with both strong nation-states and weaker ones, this is not a division based on countries or regions, nor geography or ethnicity, but on relations of production. We must unearth the mechanisms of mutual profiting across all regions to see a class divided world market, as part of an international system of states where every single state is an agent of financial capital. We urge our readers to follow the debate here.

In the on-going debate on imperialism on roape.net, Walter Daum distorts arguments that I have made in a response to this debate. In this blogpost I am going to try to expand on the subject, and at the same time, answer Daum’s critique. First off, I did not deny in the original blogpost that there is a draining from South to North, nor that there is any draining at all between strong and weak countries. I said my view was complementary. Why complementary? Because in the possible inversion between East Asia and Triad countries, we should not expect the inversion of draining, but a mutual profiting with a relatively new positioning between strong and weak countries in the world market. So, if we understand the market only by such terms and processes of ‘draining’ where one is a strong ‘draining state’, and the other a weak dependent state, how are we going to understand this inversion of roles between countries who are both strong or becoming so, and who also drain others (and even each other, such as the automobile industry, where East Asia and the Triad both share production sites and markets with each other)? In addition, how do we avoid making the mistake of thinking the Triad is going to become a Third World dependent-republic, as a radical inversion of roles between North-South? Instead, could it be concluded that there are more universal and global mechanisms which permit a smoother transition from one position to the other, and which do not imply a simple reversal of the Triad’s hegemony, due to the fact that it now shares much of its characteristics with East Asia?

Now, to the three strategies discussed by Daum:

1) There is no mention of a hegemon in any theory of imperialism by Lenin or Bukharin or anybody, nor of any ‘three worlds theory.’ Obviously, I do not reject inequalities and unevenness in the world market, nor that there are big, strong nation-states and weaker nation-states (metropolitan and peripheral, if you want), but this is not based on countries or regions, nor geography or ethnicity, but on relations of production. This implies ‘sharing’ not only mechanisms of draining, but also mechanisms of mutual profiting which forces us to go beyond chauvinism, nationalism, and regionalism, and see the world market as class divided, between an international bourgeoise and international proletariat; as an international system of states where every single state is an agent of financial capital. Or as Lenin wrote: ‘Relations of this kind have always existed between big and little states, but in the epoch of capitalist imperialism they become a general system, they form part of the sum total of “divide the world” relations and become links in the chain of operations of world finance capital’ (Lenin, Imperialism, Highest Stage, Chapter Six).

2) By ‘relative’ I do not mean the ‘rate’ only, I mean the fact that two absolute amounts of profit can be the same (as in China and the US, as I cited), or can even be bigger than the other (as in the examples Daum uses from the same report), and this does not imply the same purchasing power, the same exchange rate, nor the same control over the means of production; essentially the same amount of mass of profits in the US is not worth nor functions in the same way in East Asia, nor do the absolute amounts of profit  equal the same purchasing power or relationship with constant capital, since raw materials can be cheaper, jobs low-priced, and capital goods as well, etc. So, Daum can find in East Asia a smaller mass of profit than the Triad, but this is not a measure of the rate of profit, nor a measure of the relationships between this mass and purchasing power, raw materials, capital goods, etc. It is not only a matter of the relationship with constant capital, but appropriation of value. In other words, there could be a bigger appropriation of value in Marxist terms, where there is a smaller mass of profit (the only way profit numbers between West and East can be equivalent with each other, is if any other factor of production involved – constant capital specially – is also equivalent according to the exchange rate between the two monetary systems, commonly dollars and any other currency. This is highly unlikely and forces us to be cautious on the use of absolute quantities as markers of profit or value, as Smith and Daum argue. This notion helps us to understand the working of value across different exchange rates, currencies and the world market, etc. (There is a short explanation of this process here).

Using two amounts of profits plain and simple, and looking for the biggest one as a mark of profit rates or purchasing power or the relationship with constant capital, etc, is not even Ricardian economics. All the defenders of the orthodox view on economics simply show data where profits are bigger, as if the whole discussion was the matter of a single amount or a single quantity or magnitude deciding everything, when it’s a matter of a relationship.

3) I do not mean South and North countries are equivalently profitable, nor that there are no differences between small and big countries. Rather I argue that besides these differences in ‘draining’ which permit large countries to exploit small countries, there is a mechanism (a ‘neo-colonial’ and also ‘dependency-like’ mechanism) which allows for the maintenance of the international imperialist system, not a radical break or absolute heterogeneity between ‘draining and drained countries’ that both Smith expects, and Harvey claims is already occurring.

I also said something else that Daum ignores: why do high-tech industries, industrial production, gross capital formation and capital goods exports all now come from East Asia and not the Triad? For this reason, we must move beyond a number or figure and ask about the relationships at the level of the world market. Are we going to reduce the whole imperialist debate to who has higher profits, and do this without understanding profits relatively but as an absolute mass?

Industrial production, gross capital formation and capital goods exports were characteristics of the Triad when they were called imperialists. All twentieth century Marxism is based on this assumption. What are we to say about franchises and all sorts of export of capitals which occur right now thanks to the internationalization of the division of labour and the multinationalization of capitals? Even countries like Costa Rica, in Central America, has started to ‘drain’ other countries through franchises, and Guatemala already has its own multinational.

Multinationals from the South have all been developing rapidly in the last 20 years, which ‘drain’ Triad countries. Is Costa Rica ‘imperialist’ because it drains flows of money from South America and the rest of Central America? What are we going to do with these phenomena? Do we instead need to understand every nation-state as part of imperialism, whether metropolitan or peripheral, or are we going have to keep dividing up regions (like Three Worlds Theory) and insist on outdated notions? Also what has happened to the ‘industrial countries’ and ‘agricultural countries’ divide that was so important for Bukharin and Lenin, yet which does not exist anymore? Are we going to cling to the past, or look into the rich and real phenomena occurring in the world market in front of our eyes?

This is where I once again insist that instead of looking for a radical inversion of the world market where superpowers become dependent countries and vice versa, like some spectacle in science fiction, we have to start to analyze more complex processes beyond dividing the world into imperialists and non-imperialists, or into region 1 and region 2, even when they are clearly bigger than the others – this is exactly what takes place in distorted universe of Three World Theory-dependency theory, and other theories which share this outlook.

Draining is more complex, to the point that it is not only the Triad which is responsible for it. Since, if ‘draining’ is the only characteristic that makes a country imperialist, then you have a methodological problem of enormous dimensions with every country from the Caribbean to the Pacific enjoying inflows of value (‘draining’, in a word). Rather there seems to be an uneven development in the market, but also a synchronicity – maybe like the one asserted by Wallerstein, which goes beyond nations and regions, while at the same time making some bigger than others. Plundering does not always involve an absolute deterioration for the smaller partner, rather a relative plundering and mutual profiting moving in multiple directions. Is this so hard to come to terms with in the actual workings of the modern world market? In this important debate on imperialism on roape.net, this is what I propose.

Esteban Mora is a researcher in Communications Science at the Universidad de Costa Rica, he has written three books on capitalism and Marxism, and writes a Marxist economics blog. He has recently reviewed The History of Business in Africa by Grietjie Verhoef. Verhoef makes an important historical argument about the role and agency of African capitalists from the early colonial period. Mora argues that Verhoef forces us to rethink more orthodox accounts of the development of capitalism in Africa.