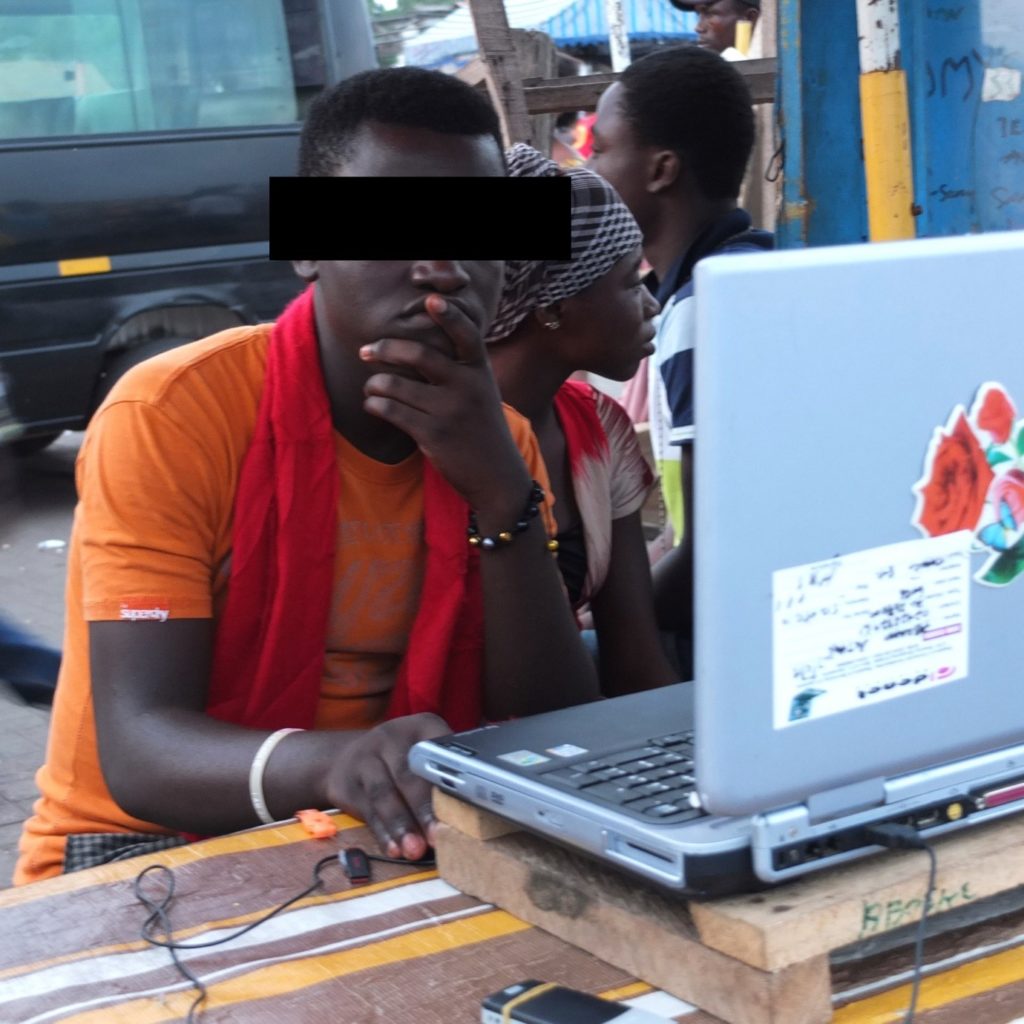 In this blogpost Christiaan De Beukelaer and Martin Fredriksson contribute to roape.net’s ongoing discussion on fraud, economic trickery and crime in Africa today by initiating a critical discussion about the war on piracy. Ghana’s economy might look like a success story with a continuously growing GDP, but the statistics actually hide growing inequalities which also creates stronger breeding grounds for informal markets of various kinds.

Since the 1990s, representatives of the global media industry have been lobbying politicians and law enforcement, locally and globally, to strike down on rampant piracy of movies, music and videogames. Whether the target is kids browsing torrent sites in the basements of Europe and North America or CD vendors at street markets in in Asia and Africa, the war on piracy has been relentless. In March 2012, an Accra Metropolitan Police action by the name Operation Jail The Pirates led to the arrest of 19 people during a raid of alleged music pirates at Kwame Nkrumah Circle, a busy traffic intersection and market place in Accra. In court, five of them were sentenced under the Ghanaian 2005 Copyright act to hefty fines. Due to lack of funds, the court defaulted on the fines and transformed their sentence into 2-year prison sentences.

GHAMRO, the Ghanaian Collective Management Organisation that manages rights and collects royalties on behalf of copyright owners, were one of the driving forces behind this police and legal action. In their claim to ‘clean up’ illicit activity in music distribution, they have focused on suppressing piracy as opposed to integrating existing distribution mechanisms (such as street vendors illicitly selling MP3s) into the formal music economy. As early as 2013, they claimed to be working towards a digital platform for music distribution as well as licensing options for street vendors that would enable the vendors to clear the rights to the products and run a legitimate business. As yet, no such structure is in place as GHAMRO seems to prioritize chasing down pirates. Moreover, neither the general public, nor most pirates, do not necessarily understand the copyright laws that GHAMRO are trying to enforce

The Ghanaian musicologist John Collins discusses a similar example from 1987 where the Ghana Tape Recordists Association (GTRA) attempted to license their cassette tape copying businesses with the National Phonogram Producers Union (NPPA). However, the initiative backfired when the Musicians Union of Ghana (MUSIGA), financially supported by the global record industry through its lobby organisation the International Federation of Phonogram Industries (IFPI), opposed the agreement. This well-documented case shows that the search for alternative models of licensing and copyright enforcement – which are better adapted to the existing modes of music distribution and the needs and preferences of consumers in Ghana – were opposed by major international players (IFPI), based on their strict reading of existing International Property Rights (IPR) agreements.

Both the cases of 2012 and 1987 speak to the limits to contemporary copyright debates, not only in Ghana but also globally as international organizations have been taking active part in shaping the strategies of the national actors. Discussions about legislation and enforcement lack closer analysis as they uncritically rely on the assumption that piracy is inevitably destructive to cultural and economic development and needs to be met with stronger copyright laws and stricter enforcement.

The conflicts around piracy and copyright enforcement are not unique to Ghana and exclusively related to its institutions, legislation, and enforcement (though that certainly matters too). The roots of these tensions need to be contextualised as a matter of international political economy. Piracy is a globally contested issue, not the least in Africa and elsewhere in the Global South that are often portrayed as lawless and eroded by copyright infringement, particularly towards the music and entertainment industry.

Uneven distribution of resources is obviously a contributing factor to the growth of piracy in the Global South. As David Johnson argues, Ghana’s economy might look like a success story with a continuously growing GDP, but the statistics actually hide growing inequalities between rich and poor, which of course also creates stronger breeding grounds for informal markets of various kinds. Furthermore, Johnson argues that there are strong indications that fraud increases in liberalised emerging economies where a deregulated economy often becomes ‘the driver for a “parallel economy”’ primarily peddling counterfeits to poor people.

Copyright enforcement and the war on piracy is thus inscribed in a global political economy with roots in colonial and neo-colonial modes of exploitation as well as in a neoliberal shift in economic governance. However, the conflict around piracy and copyright also has significant implications for human rights, both in developed and developing countries. In this context, the Universal Declaration of Human Rights of 1948, exemplifies longstanding tensions in the global political economy of copyright, as it states in Article 24 that:

(1) Everyone has the right freely to participate in the cultural life of the community, to enjoy the arts and to share in scientific advancement and its benefits.

(2) Everyone has the right to the protection of the moral and material interests resulting from any scientific, literary or artistic production of which he is the author.

Article 27 thus has two components. On the one hand, it states that everyone has the right to take part in cultural life and freely enjoy arts and scientific knowledge. On the other hand, it also acknowledges every author has the right to protection of material or moral interests associated with her or his scientific or artistic production. While the illegal distribution of culture and information is most commonly an infringement of section two, it could be permissible under section one. This opens a discussion about how to address piracy on a more nuanced level that goes beyond the strict focus on combating piracy and uncritically enforcing existing legislation.

Piracy, much like poverty, sounds like something that is inherently problematic. It needs to be discouraged, regulated, and finally overcome for legitimate business to flourish. The attempts to crack down on piracy throughout much of Africa are based on this simplistic reasoning. In our paper (see details below) we challenge the dualistic approach of this reasoning from a political economy perspective. We highlight how attempts to eradicate pirate practices do not necessarily result in legal distribution of music and other digital ‘products’. Most importantly, we insist that the piracy versus copyright debate would benefit from greater engagement with the implications of the paradox in Article 27. This would require a recontextualization of copyright, from seeing the protection IPR as solely an economic trade issue, to acknowledging that intellectual property is also about cultural development and human rights.

Given the tension between copyright and human rights, GHAMRO’s intervention in ‘cleaning up’ piracy is not a neutral or merely technical exercise. It is rather a deeply political act that favours the rights owners over audiences, and remuneration over participation. We argue that a postcolonial engagement with the tension within Article 27 is needed to resolve this in an equitable manner. This necessity emanates from the colonial legacy of copyright agreements and legislation, the overlapping praxis of piracy and legitimate business, and the need to respect cultural rights as important parts of human rights instruments. Shifting from the informal to the formal, and from the illegal to the legal, is indeed important for the future development of creative economies in Ghana and beyond, but it will not be achieved through an escalated war on piracy and stricter copyright enforcement, which is likely to be detrimental to human rights and cultural development without contributing significantly to the local economy.

Read more in the article ‘The political economy of intellectual property rights: the paradox of Article 27 exemplified in Ghana’ which will be part of a special issue on economic fraud in Africa, but is now available online.

Christiaan De Beukelaer is a lecturer in cultural policy at the University of Melbourne School of Culture and Communication.

Martin Fredriksson is an associate professor and Marie Curie Fellow at the Department of Culture and Media at Linköping University. He has published extensively on the history and politics of Intellectual Property Rights, and the social meaning of piracy.