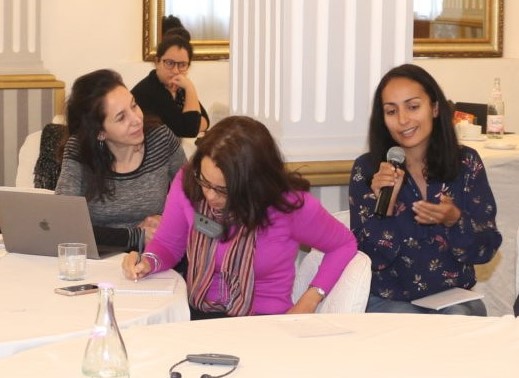 Continuing the series from the Tunis workshop in January, Corinna Mullin looks at the conditions of the Tunisian university from the period of the anti-colonial struggle to the era of neoliberalism. Drawing parallels with universities and activism elsewhere on the continent, she examines how these conditions have shaped resistance within and beyond the university.

In my presentation to the Political Economy, Knowledge, Solidarity, Liberation: From Asia to Africa workshop in Tunis, I examined transformations in the material and epistemological conditions of the Tunisian university from the era of anti-colonial struggle to the current moment of neoliberalism, reflecting upon how these conditions have shaped resistance both within and beyond university walls. To highlight the relationship between conjuncture, agency and institutional setting as well as to draw broader regional and more generally Global South comparisons, I employed Mahmood Mamdani’s historical sociological and comparative approach to the African university, as developed most recently in his London Review of Books article ‘The African University’. In this piece, Mamdani counterposes two developmental paths taken by African universities based on the experiences of two different institutions (Makerere University and the University Dar es Salam) as well as two divergent scholars (Ali Mazrui and Walter Rodney).

Makarere university was founded in 1922 when Uganda was still under British colonial rule. Post-independence, the university followed the European colonial university paradigm, adhering to its conservative Humboldtian tradition, with its ‘disciplinary nationalism’ and claim to be pursuing ‘universal’ knowledge. As Mamdani has explained elsewhere, though this trajectory included an initial decolonial effort through ‘deracialization’ of faculty and staff, it did not entail the kind of the institutional transformation required for what Walter Mingolo has theorized as an ‘epistemic delinking’ of the university. Dar es Salam, on the other hand, became the ‘flag bearer of anti-colonial nationalism and the home of the new, African public intellectual,’ with its scholars focused on a complete overhaul of both university curriculum and structure. Unsurprisingly, given the post-independence persistence of neocolonial modes of domination, despite the existence of this alternative model, it was the Makerere example that would come to typify the trajectory followed by a majority of the continent’s universities.

With their roots in the colonial-capitalist model of knowledge production, it is unsurprising that most African universities submitted to the diktats of International Financial Institutions in the neoliberal era, compromising as a result of reduced state spending and increased privatization on their important post-colonial redistributive function, and enabling yet another form of Global South drain.

In the narrative relayed by Mamdani, Ali Mazrui was a scholar ‘fascinated by ideas’ who subscribed to the idealized liberal model of education promoted by Makerere university where he taught. He dismissed as ‘ideological’ the intellectual agenda of those he described as ‘superleft’ academics who had aligned their knowledge production with nationalist political projects, which he believed were the handmaiden of authoritarianism. The Guyanese revolutionary Walter Rodney, on the other hand, taught at Dar es Salam university, was a socialist and called for the university to be fully rooted in the political project of liberation. He defended the need for ideologically oriented knowledge production as required for upending neocolonial relations of power.

In only drawing our attention to the epistemological concerns of Marzui, highlighting what he saw as the western ‘mode of reasoning’ underpinning Marxist theory, Mamdani, whether wittingly or unwittingly, ends up reaffirming Mazrui’s dismissal of the ‘ideological orientations’ of scholars like Rodney as ‘superficial and malleable’. Yet worldviews like Rodney’s were also closely tied to a deeper epistemological project. As Devyn Springer and Jesse Benjamin explain, Rodney’s critique of the university’s colonial conditions ‘crucially includes language, discourse, culture and epistemology – not instead of, but in conjunction with material conditions and political struggles.’[1] In other words, it was not an either or choice – to be effective, Rodney thought projects of epistemic delinking and insurgent pedagogy must be rooted in the actual material conditions, needs and political struggles of the masses.

The path followed by the Tunisian university in large part reflects the trajectory of Makerere university, from its post-independence western oriented development in which socialist, anti-imperialist and indigenous ways of knowing were often marginalized or completely excluded, to the current neoliberal restructuring under the guidance of International Financial Institutions and other imperialist actors, impacting everything from faculty hiring, wages and tuition, to the shaping of curriculums, course offerings and structure,[2] as well as location and spatial design of new campuses. Although no historical trajectory is ever locked in place given the contingency of social phenomenon, the Tunisian university was bound by a certain path dependency that emerged as a result of the outcome of intra-nationalist struggle in the anti-colonial era. Tracing the trajectory of the Tunisian university shows us how higher education institutional developments are connected to and reflect the dynamics and outcomes of broader political struggles underpinning the national question. Building on this point, I argue that the possibility that the Tunisian university would adhere to the early institutional path of Dar es Salam and the radical epistemological project conceptualized by Rodney was in large part foreclosed by the victory, with the support of the imperialist powers, of the pro-west, capitalist oriented Habib Bourguiba over his erstwhile rival, the Third Worldist, Pan-African, Arab-nationalist oriented Salah Ben Youssef.

In the Tunisian context, the equivalent of the Makerere/Dar es Salam binary can be found in the contrast often made between two pre-independence institutions: Collège Sadiqi and Al Zaytuna mosque-university. The former, founded by Khair al Din al Tunsi in 1875, provided ‘bicultural’ education with the ‘traditional subjects taught in Arabic, and a curriculum shaped by French pedagogy emphasizing European languages, math and science. Many of its early graduates worked in the colonial administration, and several alumni went on to participate in the nationalist movement, including Tunisia’s first post-independence president Habib Bourguiba. Sadiqi provided the early personnel as well as pedagogical influence for the establishment of the post-independence University of Tunis.

On the other hand, there was the Al-Zaytuna mosque-university, which, even during the period of ‘reform’, managed to partially eschew disciplinary nationalism in favor of a combination of theological and secular studies. One of the oldest teaching establishments in the region (founded in 737 CE), Al Zaytuna’s famous alumni include the historian-sociologist Ibn Khaldun and trade unionist and writer Tahar Haddad. Although it had a mixed history of relations with the colonial authorities, by 1954, at the height of the anti-colonial struggle, Al Zaytuna’s faculty and student bodies committed themselves to a path of epistemic delinking. The university’s Sawt al-Talib al-Zaytuni (The Voice of the Zaytuna Student), demonstrated this commitment with its unapologetic advocacy on behalf of an ‘Arab-Islamic inspired educational system.’[3] Their epistemic concerns were also firmly rooted in an explicitly anti-colonial political agenda. Students who were active in this organization supported Salah Ben Youssef’s call for a regional strategy towards complete decolonization rather than the bilateral negotiations underway that he believed limited the scope and depth of independence. Reflecting his close ties to the university, Ben Youssef chose Al Zaytuna as the site to deliver his passionate speech denouncing Bourguiba’s acceptance of the 1955  accords with France that granted Tunisia ‘internal independence’ claiming that these amounted to a ‘surrender to colonialism.’[4] The anti-colonial leader rejected Bourguiba’s gradualist approach to independence and accused him of having betrayed the cause of the Arab Maghreb.

The Ben Youseff/Bourguiba – Al Zaytuna/Sadiqi divide not only reflected these deep political differences over the trajectory of Tunisia’s anti-colonial struggle, but also, through their divergent social bases, exposed the class and geographic divisions that underpinned Tunisia’s post-independence uneven development.  Ben Youssef’s supporters tended to come from rural, south/south-west, peasant and urban working-class backgrounds, whereas Bourguiba drew his support in large part from bourgeois landowners of the wealthy Sahel and Cap Bon regions, from the urban middle class as well as from institutionalized labor.

The post-independence marginalization and dismantling of Al Zaytuna university along with its epistemological delinking project found its political expression in the forced exile and eventual assassination of Ben Youssef, along with the repression of his supporters, many of whom went on to join the armed resistance (fellagha). The Tunisian university continued to be a site of revolt at various points in the post-independence period and despite heavy surveillance and repression under both Bourguiba and Ben Ali,with students engaging in a range of leftist, nationalist and other political causes – from resisting the Tunisian government’s alliances with neocolonial/imperialist powers and its adherence to the colonial-capitalist model of development, to rejecting single-party rule and political repression as well as resisting attempts to enclose upon the Tunisian academic commons and calling for a more democratically organized university. However, as a result of the historical legacies and institutional constraints I have discussed, these struggles have often found more sustenance off rather than on university campuses with many activists who cut their teeth in university struggles going on to play important roles in social movements that transcend the university.

Recalling Al Zaytuna’s role in the pursuit of a more complete epistemic and political decolonization – a history that has been suppressed by post-independence governments seeking to maintain their neocolonial backed  discursive and political hegemony- may contribute to the struggle already underway to forge an alternative to the dominant colonial-capitalist model of higher education, one rooted in the actual conditions, struggles, and needs of the Tunisian people. The success of this struggle both depends upon and furthers the goal of South-South solidarity as well as of global liberation.