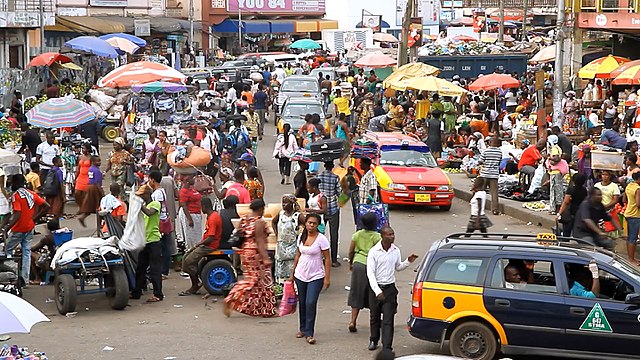 Anna Wolkenhauer writes that there is a much to be criticised about recent social protection programmes in Africa. Though these programmes will not end global capitalism she urges scholar-activists to recognise that they may provide a momentum for posing unresolved social questions at national and global levels. Wolkenhauer argues that these programmes are creating a window of opportunity that can be seized by a radical coalition for developing anti-capitalist alternatives.

The recent wave of social protection programmes, that have swept across African countries since the turn of the millennium, has generated mixed reactions. On the one side, especially cash transfers are seen as effective and revolutionary ways of eradicating some deeply entrenched impoverishment, and the larger social protection agenda raises hopes to be potentially transformative. On the other, social protection has been criticised for remaining stuck within in the confines of the neoliberal paradigm. Critics point to the decoupling of social policies from issues of production, the anti-democratic policymaking by donors that promote social protection, and their narrowing of the policy choices of African governments through the imposition of hegemonic ideas, as well as the ideological nature of the global justice discourse within which they are embedded. Instead of buying into such programmes, it has been suggested, the left should work towards a more radical imagination that can underpin a popular counter-hegemonic project of real decommodification. So, the search for progressive, holistic forms of social policy in the African context remains an unfinished project.

In this blogpost, I side with the critical voices but call for some strategic and pragmatic opportunism. My simple argument is that, yes, there is a lot to be criticised about the recent social protection policies, and no, they are probably not going to end global neoliberal capitalism. But we should nonetheless acknowledge that they are creating a window of opportunity that can be seized by a scholar-activist coalition for developing more radical imaginations. Building on what is there, more transformative visions for welfare and development can be brought (back) into the picture, and scholars should play their part in re-politicising that debate. This, I argue, requires the contextualisation of present welfare states within global financialised capitalism, the excavation of historical visions, and the formation of coalitions with those on whose behalf social protection policies are made – and who have for too long been excluded from political negotiations. After briefly introducing the current state of social protection, I will look at each of these three imperatives in turn.

According to the African Union, social protection is meant to “ensure minimum standards of well-being among people in dire situations to live a life with dignity, and to enhance human capabilities”, and “includes responses by the state and society to protect citizens from risks, vulnerabilities and deprivations”. During the COVID-19 pandemic, existing schemes like cash or food transfers provided an important basis for several governments to scale up support to people affected by lockdowns. Nonetheless, the long-term sustainability of African social policies remains as uncertain after the pandemic as it had been before, being threatened by a limited resource base, economic extraversion, lack of diversification, and capital flight. The expansion and institutionalisation of social protection is hence an ongoing project. The current campaign within the UN for a global fund for social protection aims at building a transnational redistribution mechanism that is based on social rights instead of charity.

While buffering some effects of the ongoing health and economic crises, and while contributing to a certain level of decommodification, social protection cannot substitute for “development proper.” If development has been reduced to complementing private sector-led market integration with poverty reduction, a long-term equitable sharing of wealth will not materialise. Yet, the fact that social rights have been brought back onto the global development agenda, coupled with the growing attention paid to research and evidence, as well as the partial strengthening of states in the course of rolling out social policy, creates an opportunity for re-connecting social policy with longer-term structural transformation. But for collectively building an alternative vision of social change, scholarship will have to stop reproducing the mainstream policy consensus. I am making three suggestions.

Jimi Adesina criticises that even “civil society” has been in part manufactured by the donor community in order to lobby for their social protection agenda. The African Platform for Social Protection, for instance, that has continental headquarters in Nairobi and connects 27 national-level equivalents, was set up in 2008 – supported by international donors. Its expressed aim is to “support the development of effective national social protection policies and programmes and thereby contribute to the achievement of the Millennium Development Goals and the goals of the African Union Social Policy Framework”. So, one could argue – as Adesina does – that they were created from above and have bought into the mainstream narrative about cash transfers, poverty reduction, and the MDGs. More mainstream than revolutionary, maybe. However, this should not be a reason to miss out on tapping into these evolving structures and to look more closely where connections with the “grassroots” already exist or could be formed. Rather than dismissing them as manufactured, we should work with them, in order to re-connect to those for whom the present order is not enough. By way of an example, the Southern African Social Protection Experts Network has brought policymakers, scholars, and civil society together, including activists, who represent marginalised and otherwise silenced groups. Creating such fora for interaction and avenues for people to exercise their voice, must be a crucial step along the way towards more equality and freedom. If this is enabled by structures that were initially donor-funded, I would call it a pragmatic starting point rather than a non-transformative compromise.

In sum, scholars and activists should dare the balancing act between becoming more practically useful, while radicalising their critique of the status quo. Present social protection policies might not be the solution for ending exploitative global capitalism, but they are providing a momentum for (re-)posing unresolved social questions – at national and global levels. This momentum should be seized. But to have more real-life significance, research must escape the neoliberal mindset, by scrutinising the underlying structures that reproduce inequality, by dusting off historical imaginations, and by forming coalitions with all those activists out there. To envision alternative futures can be one important impetus to moving social protection discourse and practice forward.

Anna Wolkenhauer is a post-doctoral researcher at the University of Bremen, Germany. She wrote her PhD thesis on state formation and social policy in Zambia and has been involved with social protection advocacy in the SADC region since 2014.