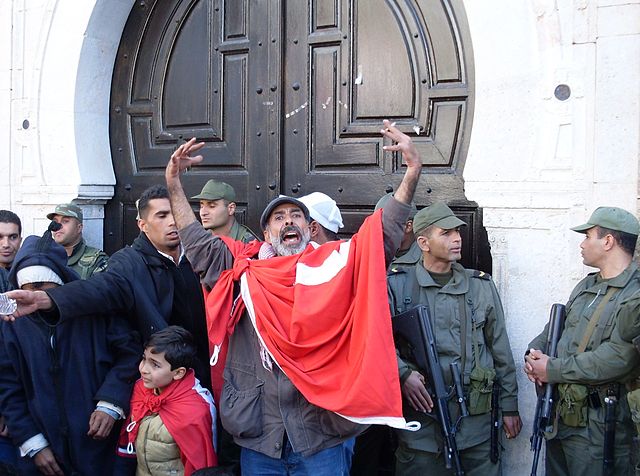 ROAPE’s Peter Dwyer introduces two new members of the Editorial Working Group. Mabrouka M’Barek is a Tunisian activist who was deeply involved in the country’s uprising in 2011. Boaventura Monjane grew-up during Mozambique’s civil war and was inspired by the survival and resistance of the working people around him.

Mabrouka M’Barek, who has recently joined ROAPE, was active during the uprising in Tunisia in 2011. M’Barek was subsequently elected to the country’s constituent assembly. As a socialist and internationalist, she struggled with building a movement and politics as the uprising was taking place. As she writes, ‘We didn’t have the possibility to create and mature a political formation during the dictatorship, so we had to do everything simultaneously.’

It became clear to her that the politics and resistance she was trying to build needed organisational coherence and political theory. Writing powerfully in her blog below, she explains, ‘My comrades and I have learned from experience that we can’t have a revolutionary movement without emancipatory theory. This is why after my term in office, I joined academia.’ M’Barek is now a researcher in political economy, race, class and social theory at the University of Massachusetts in the United States.

Boaventura Monjane was born in 1983 in the middle Mozambique’s civil war. His family survived by the small scale farming and cultivation of his mother, undertaken at great risk, and the salary of his father, who worked for a trade union. He was, as he writes, the product of a ‘peasant-worker’ alliance – ‘My awareness (and later consciousness) regarding social issues, which blossomed very early in my childhood, was a result of that alliance’. Profoundly marked by Portuguese colonialism, his father had been sentenced to forced labour on plantations on the Atlantic islands of São Tomé and Principe, then the colonial possessions of Portugal.

Currently researching agrarian movements, rural politics and food sovereignty at the University of the Western Cape in South Africa, Boaventura’s overriding commitment, which he hopes to extend in ROAPE, is illuminating emancipatory politics in rural and urban spaces in Mozambique and Africa. He explains his influences, ‘Even during great uncertainties, the “working people” of the world have been able to resist, inspire and influence scholar-activists like myself.’

ROAPE sees its future in the hands of a new generation of scholar-activists. Mabrouka M’Barek and Boaventura Monjane are among these radical activists and researcher who will take our work and projects forward. 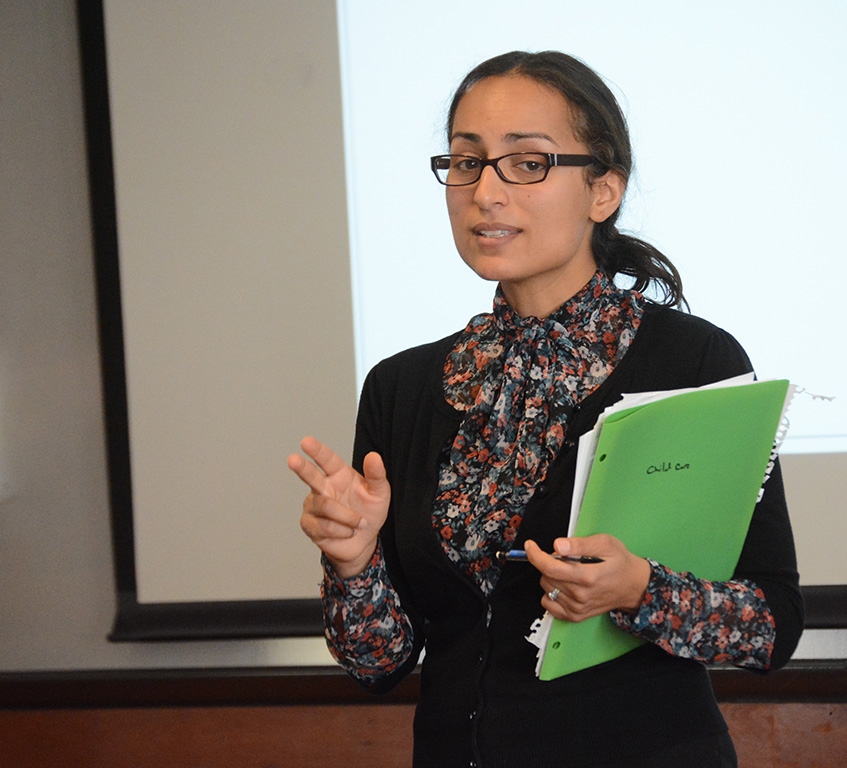 I come from the southern steppe region in Tunisia, a rural community of once semi-nomads who have led an anti-colonial war against French colonizers. People were killed, social relations were enclosed, movements were constrained, commons in sovereign tribal territories were expropriated, divided, and registered. Little by little, nomads and semi-nomads were proletarianized. Many were forced to migrate to urban centres; later on, after the independence, people went abroad to support their community. Today, we still bear the marks of the devastation caused by colonialism. Cheap labour has been exploited at home or brought legally or illegally by Europe since the sixties.

My community is ravaged by migration as we count one of the highest numbers of youth crossing the Mediterranean Sea. Sixty years ago, my father migrated to work in a GM subsidiary factory in France. Europe’s economy relies on African labour, and we often forget the triple burden of women from the Global South who reproduce the labour exploited by the global north. Europe’s impressive border security apparatus isn’t there to prevent migrants from entering but to intimidate them and crush any sense of collective bargaining power. It is very similar in North America, where black, brown, and indigenous are policed, incarcerated, and routinely killed. In many ways, I find resonance with the black labour movement, particularly in Detroit.

This context forged my activism. After the 2011 revolution, I joined a political party and was subsequently elected to the constituent assembly. We didn’t have the possibility to create and mature a political formation during the dictatorship, so we had to do everything simultaneously. We were fighting inside the party to impose a radical anti-capitalist and anti-colonial program and purge the neo-liberals while at the same time fighting outside the party against the counter-revolution, the comprador class, and imperialist aggression.

Some of us ended up carrying out campaigns to audit Tunisia’s debt and nationalize our natural resources. Still, we were all scrambling against the IMF and World Bank without fully grasping how Tunisia had become a class society in the first place. Among our party cadres, we counted a couple of long-time leftists. One colleague grew up in a Maoist household and provided much-needed insights. But cadres had divergent priorities. The Tunisian left was somewhat coordinating inside the constituent assembly, but parties’ cadres remained too divided. My comrades and I have learned from experience that we can’t have a revolutionary movement without emancipatory theory. This is why after my term in office, I joined academia.

The predominant analysis of what happened during the 2010-2011 uprisings remains deeply problematic. In Tunisia and elsewhere in the Arab World, popular movements are perceived to be sui generis and lacking any relationship to other anti-capitalist and anti-imperialist mobilizations around the globe; thus, the “Arab Spring” has been quickly quarantined under the rubric of regional politics.

With a focus on land, labour, and migration, my research investigates the material foundations of historical struggles connecting them to the global political economy. My work has been informed and inspired by ROAPE, which has always been among my top go-to publications for radical analysis. Radical knowledge emerges from movements and should be brought into dialogue with the people. This is exactly what ROAPE does, Over the last couple of years, the Review has grounded radical thinking in and from activism, and I hope to see this engagement continues. I am honoured to join ROAPE as a contributing editor and I look forward to being involved with their Black Lives Matter group to connect and strengthen solidarity beyond the African continent. 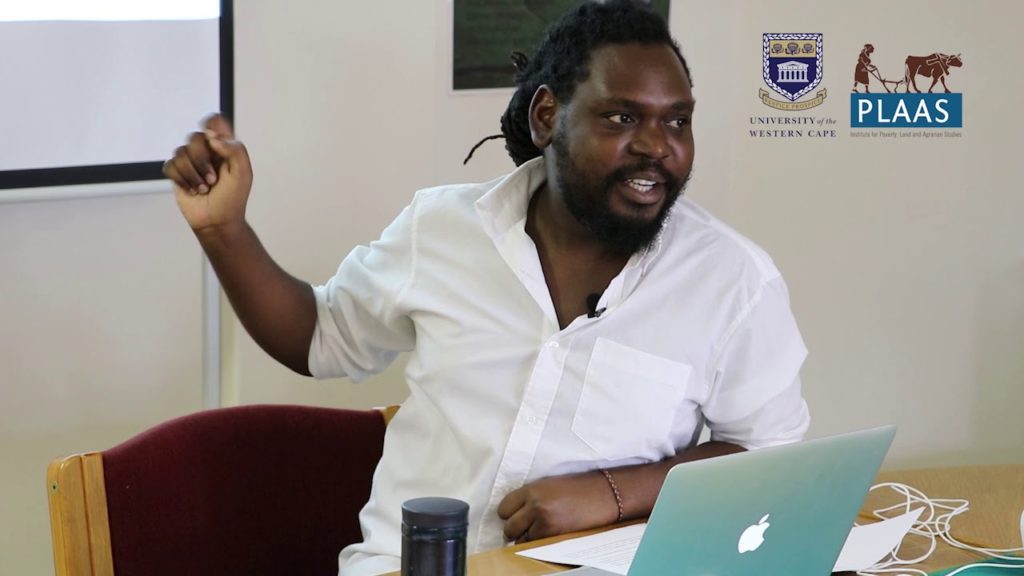 The working people of the world – Boaventura Monjane

I used to joke that I am the result of a ‘peasant-worker’ alliance. That is however true. My awareness (and later consciousness) regarding social issues, which blossomed very early in my childhood, was a result of that alliance too. By listening to my parents’ conversations sharing with each other their workdays – my mother as a peasant farmer and my father a staff member of a trade union – I gradually became aware of what it was like to be a peasant and a worker in the context of a country (in my case, Mozambique) in conflict.

When I was born, in October of 1983, Mozambique was in the midst of a war that showed no signs of ending. The war had been going on for seven years and continued for almost a decade. The year of my birth was probably the peak of the civil war, which compromised both food production and food imports. It became known in history as the ‘year of famine’ and was recorded as the year with the greatest food shortages in the history of independent Mozambique.

Although agricultural production as a whole was highly compromised, it was undoubtedly peasant agriculture, conducted with sacrifice and high risk (as the guerrilla war was being fought in the countryside), that enabled the Mozambican population to avoid absolute crisis with regards to child mortality.

My memories are still intact. My mother would leave home very early in the morning to the farm (‘machamba’), in Mulotane, Matola (today a highly urbanized area near the Mozambique capital, Maputo). In Mozambique, machamba is farmland cultivated by peasant farmers, usually small in size. Most women in my neighbourhood would walk up to 10-15 kilometres from our then semi-rural neighbourhood to their respective machambas. Like all other women, my mother would leave home with uncertainties about whether she would be able to return home safely. Very frequently, women and children were captured while working the land and taken away by members of the guerrilla movement, RENAMO (Resistencia Nacional de Moçambique – National Resistance of Mozambique). Most of them were never seen again. Matola is close to the capital city of Maputo, and RENAMO was already attacking Matola in the late 1980s.

My late father, although more exposed to urban-based activities was also from a peasant background. In his young adulthood, he was sentenced to forced labour on the cocoa plantations on the islands of São Tomé and Principe as punishment for committing an act then considered immoral and forbidden by the colonial regime. This was my father’s most significant experience in agrarian labour.

I am grateful to my mother and father, and to all peasant farmers and urban workers of the world. Even during great uncertainties, the ‘working people’ of the world have been able to resist, inspire and influence scholar-activists like myself.

I hold a PhD on Postcolonialisms and Global Citizenship (Sociology), from the Faculty of Economics, University of Coimbra. I am now pursuing a post-doc at the Institute for Poverty, Land and Agrarian Studies (PLAAS at the University of the Western Cape in South Africa) as part of a fellowship of the International Research Group on Authoritarianism and Counter-Strategies of the Rosa Luxemburg Stiftung. I do my research on agrarian movements, rural politics, food sovereignty, and climate justice. I have also been involved in agrarian social movements, both locally and internationally, working with the National Peasants’ Union of Mozambique (UNAC) and the International Secretariat of La Via Campesina.

My commitment as a scholar-activist is to generate knowledge, not only to further understand the processes of accumulation, exploitation, oppression and exclusion of the ‘working people’ by capital and by the bourgeois and ruling classes, but also to possibly influence and illuminate possibilities for emancipatory politics and processes in rural and urban spaces in Mozambique and Africa. I am hoping that my involvement with ROAPE will contribute a great deal towards achieving that aspiration.

Peter Dwyer is a member of ROAPE’s Editorial Working Group and works in the department of Global Sustainable Development at the School for Cross-Faculty Studies, University of Warwick, Coventry, UK.