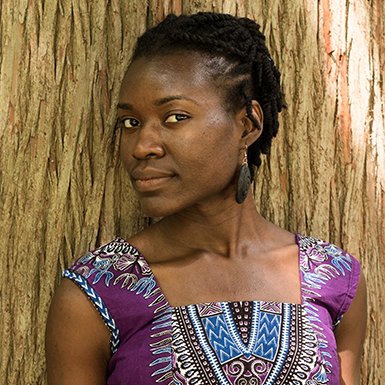 In this interview with Robtel Neajai Pailey, ROAPE asks her about her new book Development, (Dual) Citizenship and Its Discontents in Africa: The Political Economy of Belonging to Liberia. She argues that Liberia today must address historical and contemporary inequalities that have fueled armed conflict and currently underpin claims against dual citizenship.

ROAPE: Can you please tell us a few things about your work and background?

Robtel Neajai Pailey: I have taken a rather circuitous route to academia. With over 15 years of combined personal and professional experiences in Africa, Europe and North America, I’ve worked across a broad range of fields while supporting governments, media institutions, multilateral, regional, non-governmental and community-based organisations. For example, in my mid-twenties, I served as special assistant for communications to Liberia’s (and Africa’s) first democratically elected female president followed ten years later by a stint in the executive office of the African Development Bank Group as an Ibrahim Leadership Fellow. I am currently Assistant Professor in International Social and Public Policy at the London School of Economics and Political Science, where I research race, citizenship, ‘South-South’ migration and development cooperation. Much of my life’s work sits at the intersection of scholarship, policy and practice, and is propelled by a deep commitment to social justice and radical storytelling.

Liberia is the right country to speak about the issues of identity and citizenship. Can you give us a brief outline of the history of Liberia – its establishment as a place of what you call “black diasporic solidarity and self-rule” in the middle of the 19th century – to its current situation?

I would encourage people to read my book for a nuanced and textured analysis because I don’t think I could do a critical précis of Liberia’s history justice. What I will say briefly is that Liberia’s original premise of black diasporic solidarity and self-rule, though bold and revolutionary, was poorly operationalised. The assumption that haphazardly territorialising black people from disparate locations, sensibilities and worldviews, without actively and systematically reconciling those differences, would somehow yield a cohesive national identity appears almost as ill-advised as the arbitrary carving up of Africa by European colonisers or the decision by post-independence African leaders to maintain colonial borders.

When black settlers began arriving in what would later be known as Liberia, they inhabited the Atlantic coast initially before pushing further inland to establish political dominion over a larger swathe of territory. Yet, while settlers battled British and French colonial encroachment before and after establishing Africa’s first black republic in 1847, they barred from citizenship most of the 16 ethno-linguistic groups who already occupied the coast and hinterland. So, obvious frictions emerged, including indigenous wars of resistance against settlers, in addition to collaborative encounters, such as when some indigenous groups helped settlers stave off bouts with malaria.

Century-long exclusionary citizenship lasted until a Unification and Integration Policy reconfigured the settler-indigene divide somewhat in 1946. Precipitated by political upheavals from the early 1970s related to the politics of exclusion and inequality, a coup in 1980 toppled settler domination, which eventually culminated in a 14-year protracted armed conflict that led to the election in 2005 of President Ellen Johnson Sirleaf.

Your new book deals with issues of citizenship and belonging in Liberia. You use the term “political economy of belonging” to look at some of these themes. Can you take us through the key arguments and issues in your book? 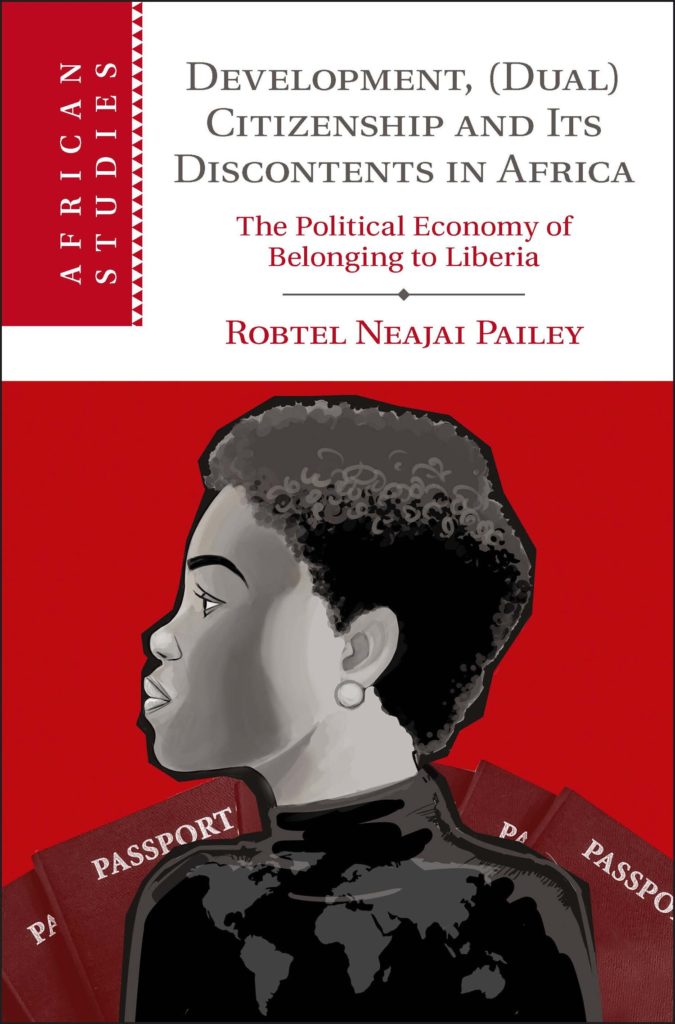 I actually coin the term political economy of belonging to illustrate how citizenship manifests in post-war polities like Liberia, but also more generally in countries that have not experienced crisis or rupture. In all contexts citizenship remains multi-layered and intensely socio-economic in nature. For example, I demonstrate throughout my book—incorporating over 200 interviews I conducted with Liberians in the capital cities of Liberia (Monrovia), Sierra Leone (Freetown), Ghana (Accra), the United Kingdom (London) and United States (Washington, DC)—that Liberians conceptualise and practise citizenship differently based on their life-worlds and social locations, and that these interpretations influence whether and how they engage in development. So, I understand the political economy of belonging to be a transactional system in which socio-economic transformation depends on the provision of privileges/protections (what we might deem ‘rights’) in exchange for the fulfilment of duties/obligations (what we might deem ‘responsibilities’).

My book is the first to evaluate domestic and diasporic constructions and practices of Liberian citizenship across space and time and their myriad implications for development. I do this by using a contested dual citizenship bill, introduced in Liberia in 2008 but never passed, as an entry point to ask broader questions about how citizenship is differentiated by class, gender, race, ethnicity, etc, and whether dual citizenship actually reproduces inequalities.

One of my major arguments is that while mid 19th to mid-20th century Liberian citizenship was ‘passive’ and constructed from ‘above’ by a hegemonic state, mid-20th century Liberian citizenship onwards has been ‘active’ and reconstructed from ‘below’ by citizens themselves through protest. This has largely been brokered by historical and contemporary factors such as conflict, migration and post-war recovery, and each of these thematic processes is the subject of empirical chapters in the book. Scholars before me have documented how citizenship is viscerally contested in African countries that experienced the greatest colonial-era migration; although Liberia was never formally colonised by Europe, it did experience heightened levels of colonial-era migration, particularly of free and formerly enslaved blacks fleeing racial injustice and economic servitude in the United States and Caribbean as well as Congo River basin recaptives who were diverted to West Africa while on slave ships headed across the Atlantic. I argue further that the 21st century gridlock on dual citizenship is emblematic of Liberia’s enduring struggles over citizenship (Liberia is currently one of only seven countries in Africa that prohibits dual citizenship, including Cameroon, Democratic Republic of the Congo, Equatorial Guinea, Eritrea, Ethiopia and Tanzania).

You had first-hand experience of working with the government of Ellen Johnson Sirleaf and you critique clearly in the book what you call her “neoliberal economic model of development and over-reliance on returnee experts”. What was the impact of these orientations on the questions and issues you confront in your book?

In some respects, Liberia succumbed to a one-size-fits-all approach to post-war recovery during President Sirleaf’s administration, in which International Monetary Fund and World Bank dictates to deregulate, privatise and liberalise reigned supreme. Sirleaf’s high-level returnee recruits, some of whom held the citizenships of their Euro-American countries of settlement, were rewarded handsomely for implementing neoliberal policies. This created salary tiers based on nationality, a common practice amongst multilateral and international organisations which pay so-called ‘expatriate’ staff inflated tax-exempt salaries while compensating so-called ‘local’ staff at much lower rates. Conspicuous income inequalities between domestic and diasporic Liberians further revealed the possible pitfalls of enacting dual citizenship, thus causing a backlash against the 2008 proposed bill. I argue throughout my book that Sirleaf’s administration signaled a transformation of the 19th century settler-indigene divide into a 21st century homelander-returnee divide, pitting those who may never have left Liberia before/during/after armed conflict against those who returned in the post-war era.

Finally, can you outline some of the contemporary policy implications of your book, mainly how you write that questions of “legal citizenship should be based on empirical analysis” rather than on the “whims” of political actors?

Alongside senatorial by-elections, Liberia conducted a national referendum in December 2020 in which dual citizenship featured prominently as one of eight propositions under consideration. Despite attempts by current head of state George Oppong Weah to convince Liberians to vote ‘Yes’ on all measures, none of the propositions garnered the required two-thirds majority vote. In most cases, invalid referendum ballots outnumbered valid ballots. The ruling regime was quick to blame the electorate’s ‘ignorance’ but I argue that the failed referendum (and the regime’s significant by-election losses) symbolised Liberians’ disillusionment with President Weah’s abysmal leadership to date.

Having said this, however, only five of Liberia’s 15 sub-political divisions definitively rejected the dual citizenship proposition, indicating to me that contrary to Afrobarometer data of 2012 and 2018, in which two-thirds of those surveyed rebuffed dual citizenship, Liberia may actually be inching closer and closer to forgoing its outlier status and enacting dual citizenship. I argue in the conclusions of my book that before Liberia legislates dual citizenship, however, it must address historical and contemporary inequalities that fueled armed conflict and currently underpin claims against dual citizenship. Anything short of this will derail policymaking on dual citizenship.

Visit here for more information about Development, (Dual) Citizenship and Its Discontents in Africa: The Political Economy of Belonging to Liberia (Cambridge University Press, 2021) and to download the Introduction free of charge. To order copies of the book here with a 20% discount, enter the promo code PAILEY20 at checkout.

Robtel Neajai Pailey is a Liberian scholar-activist and Assistant Professor in International Social and Public Policy at the London School of Economics and Political Science.