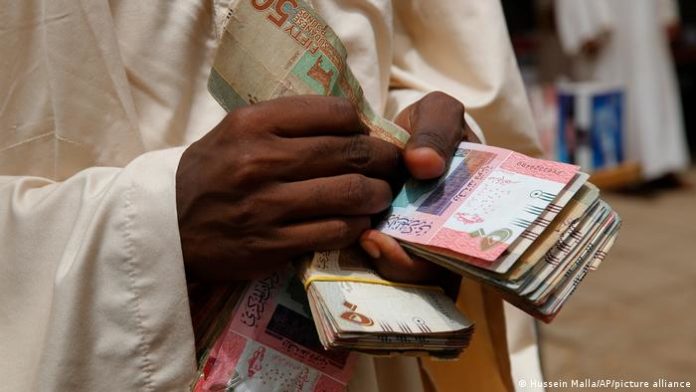 Magdi el Gizouli argues that the new prison complexes in Sudan’s major towns are part of the legal scaffolding of the privatisation and austerity assault which continues to punish insolvency with imprisonment. Gizouli sees the massive rates of imprisonment as manifestations of social conflict, the hunger, the hustling, the jockeying, the wheeling and dealing of Sudan today.

Sudan’s Minister of Interior, Izz al-Din al-Sheikh, inaugurated on 17 June a new prison in Soba, a sprawling suburb south of the capital Khartoum. The new prison has the capacity of hosting 3600 inmates and is designed to accommodate minors of both sexes. The new prison complex is the third in recent years. Two similar prisons were opened in Gedaref and the White Nile in 2020. A police officer boasted that the new prisons would even allow wives to enjoy an intimate hour with their inmate husbands. As a side note the officer declared that the new prisons are equipped with ‘massive workshops’. Sudan’s prison population is estimated at around 36 000 inmates, including the former president Omar al-Bashir and many senior members of his defunct political party, the National Congress Party (NCP).

Excluding the newly built prisons, Sudan’s inmates are crammed into some 125 establishments with an occupancy level of 255%. The country’ prison population has been increasing steadily over the past three decades, from some 7000 inmates in 1990 to around 20000 in 2011 at the time of the breakaway of South Sudan. Like most available statistics in the country, the accuracy of these figures is not guaranteed but the trend is clear. At the height of the Covid-19 pandemic in 2020 the Sudanese authorities decided to release all prisoners held in relation to public prosecution offences, mostly people incarcerated for burglary, robbery, drugs crimes and prominently bounced cheques. Over 4000 inmates were released from one prison in March 2020. The inmates left behind mutinied, and one was shot dead by the police in the chaos. Copycat mutinies followed in the Port Sudan and Nyala prisons.

The Sudanese penal code introduced in 1991 as part of the legal scaffolding of the privatisation and austerity assault of former president Bashir’s government, punishes insolvency with a fine or a maximum of 5 years imprisonment. Repeated offenders could be jailed for up to 7 years. The practice of the courts often meant that default on loans resulted in a situation of perpetual imprisonment, in the parlance of court verdicts ‘imprisonment until payment’. Sudan’s minister of justice in 2016 said there were around 4000 debtors behind bars in al-Huda prison alone, a major prison complex north of Omdurman. At the time the percentage of non-performing loans from gross loans in Sudanese banks was estimated at 5.2% after an all-time high of 26% in 2007. Imprisonment for insolvency was already a feature of Sudan’s debt ridden mid-1980s in the twilight years of Jaafar Nimayri’s rule when an article of Sudan’s civil procedures code was used to justify the pretrial detention of debtors.

Non-performing bank loans are however only a fraction of the debt crisis that lands people behind bars in Sudan. Cheques function as promissory notes in cycles of trade to the detriment of new market entrants, often those trying to escape the crushing regime of agricultural labour through attempts at enterprise after liquidation of meagre assets, a stretch of farmland or a few animals. These start-up retailers, novices in a cut-throat market economy, acquire merchandise from wholesalers on debt and at often stunning interest rates but are unable to survive in a perpetually stagflating market. The peculiar situation often arises in which the naïve novice is forced to sell the merchandise at a ‘fraction’ of the price – meaning far below market price – to remain out of jail, at times to the same cheque-weaponised dealer or associates.

Eventually a market in debts emerged involving the transaction of defaulted cheques between a new class of traders, known as ‘jockeys’. A jockey buys debts in the form of draft cheques at a lower price than their nominal value from their cash-keen holders and uses the drafts to buy tradeable commodities, greater debts or ideally urban land or real estate in cycles of speculation. The neatest example is probably the car market. Cars acquired through bank loans with the security of real estate or draft cheques are sold at a ‘fraction’ of the price in return for hard cash and resold for draft cheques with a high profit. The jockey is the risk-ready middleman. Sudan’s auditor general estimated the volume of circulating debts in the form of bounced cheques in 2019 to be some 44.7 billion (approximately US$100m) Sudanese pounds including some 3.6 billion (US$8m) Sudanese pounds in draft cheques submitted to the tax authorities.

The power of jockeys should not be underestimated. Back in 2010 trade in ‘fractions’ and debts became a security crisis in al-Fasher, the capital of North Darfur. In May 2010 the open market in fractions imploded and the local government was faced with some 3700 angered claimants who had traded actual cash and real property for toxic debts. Protests ensued and the police resorted to gunfire. Four people were killed, and fifty others injured in the process. The clean-up proved a political nightmare for the central government. Two prominent jockeys were allies of the long-time governor of North Darfur Osman Mohamed Yusif Kibir and were elected to the regional parliament on the ruling party’s ticket. The crisis cost the governor his position. He was fired from the job in 2014 in a major reshuffle but remained too influential to ignore and was eventually parked in the presidential palace as a deputy to Bashir in September 2018, a few months before the collapse of the regime.

The market in debts did not disappear with the demise of Bashir’s regime in 2019 and fused into the market in cash forcing the authorities to effectively surrender. In May 2020 the Bank of Sudan suspended an article of a memo issued back in 1997 instructing banks to shut-down the accounts of clients who dishonour three cheque payments or more in a period of six months.

Jockeys and dealers of sorts were instrumental in inflating the ballooning market in smuggled cars through toxic debts from around 2015. Thousands upon thousands of used cars were smuggled through Sudan’s turbulent western frontier, mostly from post-Gaddafi Libya and Chad bypassing the country’s porous customs regime and fuelling a bonanza of speculative debts trading. The initial signal was a government decision that offered Sudanese expatriates returning from war-torn Libya customs advantages in the import of cars. The famed loose cars acquired the name ‘Boko Haram’ in reference to their origin outside the bounds of law and order. In February 2021, the authorities estimated the number of Boko Haram cars in Khartoum alone to be some 300 000 vehicles.

The government’s interventions oscillated between attempts to capture some of the value of the cars through post-hoc customs arrangements and licensing with perpetually shifting deadlines and hollow threats of confiscation at gun-point. The latest immediate confiscation order in this salvo of official edicts was issued by the governor of North Kordofan on 14 April 2021 after another deadline had passed on 1 March. Similar orders were issued back in 2017 by Sudan’s former vice president, Hassabo Mohamed Abd al-Rahman. At the time he told the regional parliament in North Darfur that the government had decided to confiscate all Boko Haram cars without compensation with immediate effect.

These and other notions constitute a powerful vocabulary of economy, finance and social management on a global scale but shed eloquence and utility when juxtaposed against the conundrums facing a Darfurian farmer who trades his meagre crop at a ‘fraction’ of its value to a jockey in al-Fasher to address a health crisis in the family. The language of international finance is not particularly illuminating when attempting to comprehend the fate of the thousands of insolvent petty traders and inept drug dealers in Sudan’s prisons. Its syntax does not accommodate the moral economy that underwrites the ties and relationships which flow with savings in the form of ‘Boko Haram’ cars through international borders.

Prisons, contraband markets and isolated customs checkpoints might not appear at first glance to be the most suitable places to understand an economy. The social contradictions and conflicts that play out in these locations are easily lumped together under the designation ‘corruption’ as some sort of pathological feature external to the workings of the ‘real’ economy.

The contention is which realities count? IPC (Integrated Food Security Phase Classification) findings from the Food and Agriculture Organisation (FAO) and other partners show that an estimated 7.3 million people in Sudan (around 16% of the population) are going hungry and are forced to sell limited livelihood assets as a result, a goat may be or the odd piece of furniture. Of these 1.8 million are already in the clutches of malnutrition and are dying excessively as a consequence. These figures are expected to increase to 9.7 million people (21% of the population analysed) in the lean season (June to September), the period between planting and harvesting when work is hard to come by and incomes drop.

The new prison complexes in Sudan’s major towns are a securitised response to the manifestations of the social conflict, the hunger, the hustling, the jockeying, the wheeling and dealing, that offers no avenue to address them.