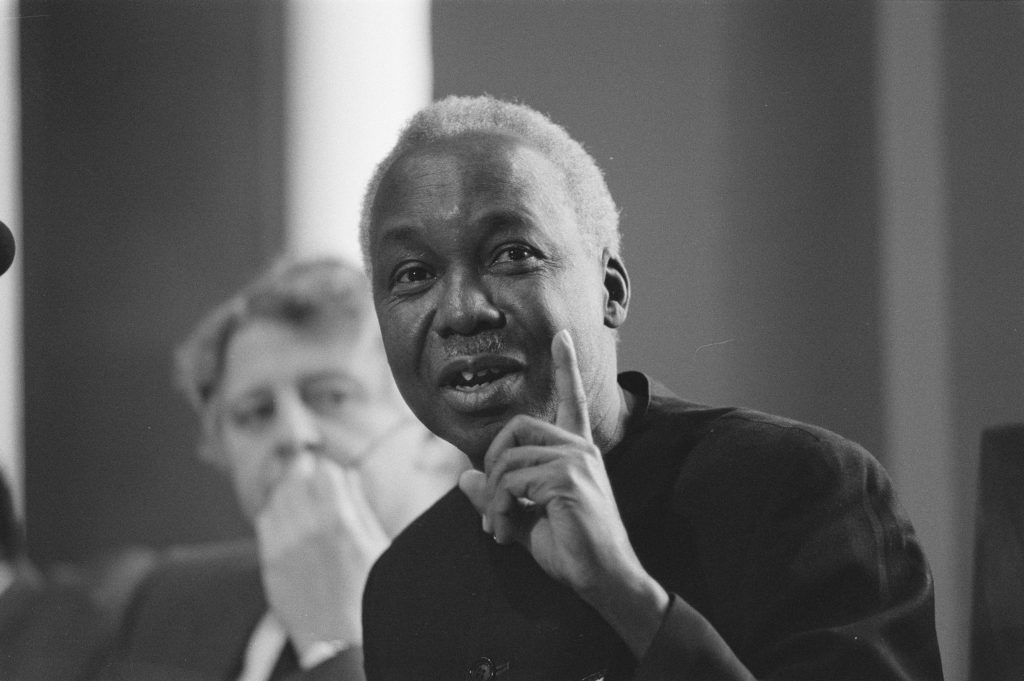 Ahead of the third ROAPE workshop in the series on radical political economy, to be held in Johannesburg in November, Peter Lawrence looks at the debate on the legacy of Julius Nyerere and socialism at the second meeting in Dar es Salaam. The Dar workshop, as was the case with the first one in Accra, was distinguished by the serious analysis by both scholars and activists and those who are both, of the prospects for a radical shift in political economic strategy. The gathering in Tanzania faced head on the issue of imperialism in its contemporary form and what radical forces of the socialist left are up against. The conversation will continue in South Africa.

In my interview with Issa Shivji at the Dar workshop he referred to the proceedings as a ‘conversation’ and urged that the conversation be continued. Although I started this blog a while ago, I was prompted to finish it by seeing a newspaper report that President Yoweri Museveni of Uganda had launched the Mwalimu Julius Nyerere Leadership Centre – a centre for passing on knowledge especially to tomorrow’s leaders. How ironic, as Nyerere’s last act of leadership was to step down as Tanzania’s president in 1985 after 23 years as Tanganyika’s and then Tanzania’s leader. Museveni, meanwhile, the former Marxist revolutionary student at the University of Dar es Salaam who received his degree from Nyerere, has been President of Uganda for the 32 years since 1986 and is regularly alleged to be keeping his seat warm for his son.

However, even if Museveni’s way of celebrating Nyerere’s legacy has a whiff of hypocrisy, to say the least, one of the most striking aspects of the Dar workshop, which continued the exciting work of the first one in Accra five months earlier, was the continuing appeal of the socialist ideas and policies associated with ujamaa and Nyerere. However critical of his leadership, socialists, let alone Marxists, might have been, the period of socialism and self-reliance in Tanzania has left its mark on subsequent generations. Compared with the neoliberal succession, the Ujamaa period appears as some kind of golden age (see the blogpost by Tamás Gerőcs). This is especially true in the understanding of leadership with the then existing ‘code of conduct for leaders’ which kept accumulation through office in check. Policies in the period after the Arusha Declaration largely maintained the ambitious objectives of Nyerere and the TANU party, at least for some years. Together with attempts to create a socialist economy and society through public ownership and rural cooperation, Nyerere’s refusal to follow IMF and World Bank injunctions, maintained consistency in leadership positions for a long time. The workshop showed that the ideas underpinning ujamaa and opposition to capitalism and imperialism are still alive among a younger generation.

The Arusha Declaration suggested a way of building a socialist society out of the organisational characteristics of a pre-capitalist one but its implementation unfortunately, or perhaps inevitably, replicated the top down statism of western social democracy. It also replicated some aspects of state socialism of the East, with nationalised companies, forced villagisation and one-party government, although with an offer of choice between candidates from the same party. Although at the time criticism from the Left focused on the downsides of collaboration with foreign investors and western foreign aid as well as on growing party authoritarianism, it was interesting in the workshop to hear the praise, if not nostalgia, for what Nyerere tried to do. There was a sense of his trying to build from below, but also of imposing from above, of impatience with the slow pace of progress.

This confusion was increasingly evident as the policy of promoting voluntary ujamaa was, with increasing impatience at its slow pace, replaced by one which forced farmers and pastoralists into villages. The confusion continued for me when some 16 years ago I presented a paper on Rural Cooperation at a conference in Leeds in the United Kingdom to mark the retirement of Lionel Cliffe. Participating in the session was Joan Wicken, long-time personal assistant to Nyerere. When I referred to Operation Dodoma as the first of the attempts to organise ujamaa villages from the top, she admonished me for referring to them as ujamaa villages. They were villages organised so that services, especially water (in a water-stressed region) and health, could be supplied on an economically effective basis; this wasn’t ujamaa but simply about economies of scale in providing public services. But certainly the local press and most of us in the country then, thought this was part of the programme of ujamaa vijijini (socialist villages). I remember one newspaper report however, that described how some pastoralists were not allowed to bring their cattle into the new villages because the cattle would compete with the people for water.  So maybe Joan Wicken was right: this had nothing to do with ujamaa as conceived by Nyerere, but maybe did as understood by those party and state officials and journalists respectively implementing and reporting the programme.

One of the important aspects of the Tanzanian case was that Nyerere found space to pursue independent development strategies. Whether or not ujamaa was socialist, its success would have been a challenge to the US and to capitalism, especially if other African countries followed suit. But it was the era of the cold war, and so Tanzania was able to play one side against the other. The most spectacular example of that was the US funded road from Tanzania to Zambia, and the Chinese funded railway linking the port of Dar es Salaam with the Zambian copperbelt, both giving Zambia a means of avoiding exporting copper through Smith’s Rhodesia and Portugal’s colony, Mozambique.

The Dar workshop, as was the case with the first one in Accra, was distinguished by the serious analysis by both scholars and activists and those who are both, of the prospects for a radical shift in political economic strategy. While the Accra workshop was concerned more with alternative strategy, the Dar gathering faced head on the issue of imperialism in its contemporary form and what progressive forces of the socialist left are up against. Not that we didn’t have a good idea already.

The hegemony of US imperialism in the form of the global corporates especially in mining, the increasing militarisation of Africa through US bases, the emergence of China as an economic force in Africa, whether China could be perceived in the same light as the US, the power of the global corporates and the financialisation of everything – all these issues were raised and discussed. With imperialism came the issue of class alliances and whether we could talk of the working class in the same way as before. Where were the progressive forces to emerge if not from an organised working class? Could a peasant-worker alliance be built, or did we need to think more widely about mobilising the precariat or building up from community-based struggles?

Whether the space exists now for a radical left-wing government to pursue an independent political and economic strategy as Tanzania attempted to after 1967 is a good question which requires greater attention from all of us in the future. Global capitalist forces, economic, political and military, are so powerfully stacked up against the vast majority of the world’s populations with even China now looking as though it is just another global player and no longer providing solidarity to radical governments. Even so, there is perhaps still room for local variations and governments may have more power to resist than they seem prepared to risk. There are of course too many leaders with many vested interests, for example, in encouraging the mining of natural resources by global corporations, and therefore have little interest in the welfare of those who lose land in the process and cannot find other means to make a living. There is then understandably some nostalgia for leaders like Nyerere who tried to limit if not prevent politicians using the State as a means to accumulate wealth.

A serious question for the Left everywhere is where capitalism is going. For a long time we have been fond of predicting its collapse and every time there is a crisis, we think this is the revolutionary moment. Then capitalism shows its resilience. But how long can it continue to do so? Some analysts from the Left have talked of ‘post-capitalism’ as beginning to arise out of the contradiction in advanced capitalist societies between social relations of production and the level of productive forces. The latter have now developed to the point where social relations have to change to find a way to co-exist with the impact of an increasingly robotised provision of ever cheaper (even free) goods and services.

The impact on the advanced economies could result in the collapse of capitalism through the failure of capital to generate profits, and a world of short working weeks and socialist control of production. It could also result in some form of authoritarian state to protect the embattled plutocracy and their hangers-on. The impact of the new technologies on countries like Tanzania needs to be explored so that political forces that seek a push towards socialism can be prepared when the time comes. The latest World Bank report argues that the new technologies will be job creating as long as populations gain a good education. But without a system that mobilizes resources to ensure equal access to such an education and distributes the gains of new technologies equitably, these jobs will be created for the privileged minority that can afford a good education. And we know that capitalism, and especially neoliberal capitalism, cannot do this.

The conversation which began in Accra continues next month in Johannesburg. Watch this space!

Featured Photograph: Mwalimu Julius Nyerere speaks to the Senate in the United States in 1985.