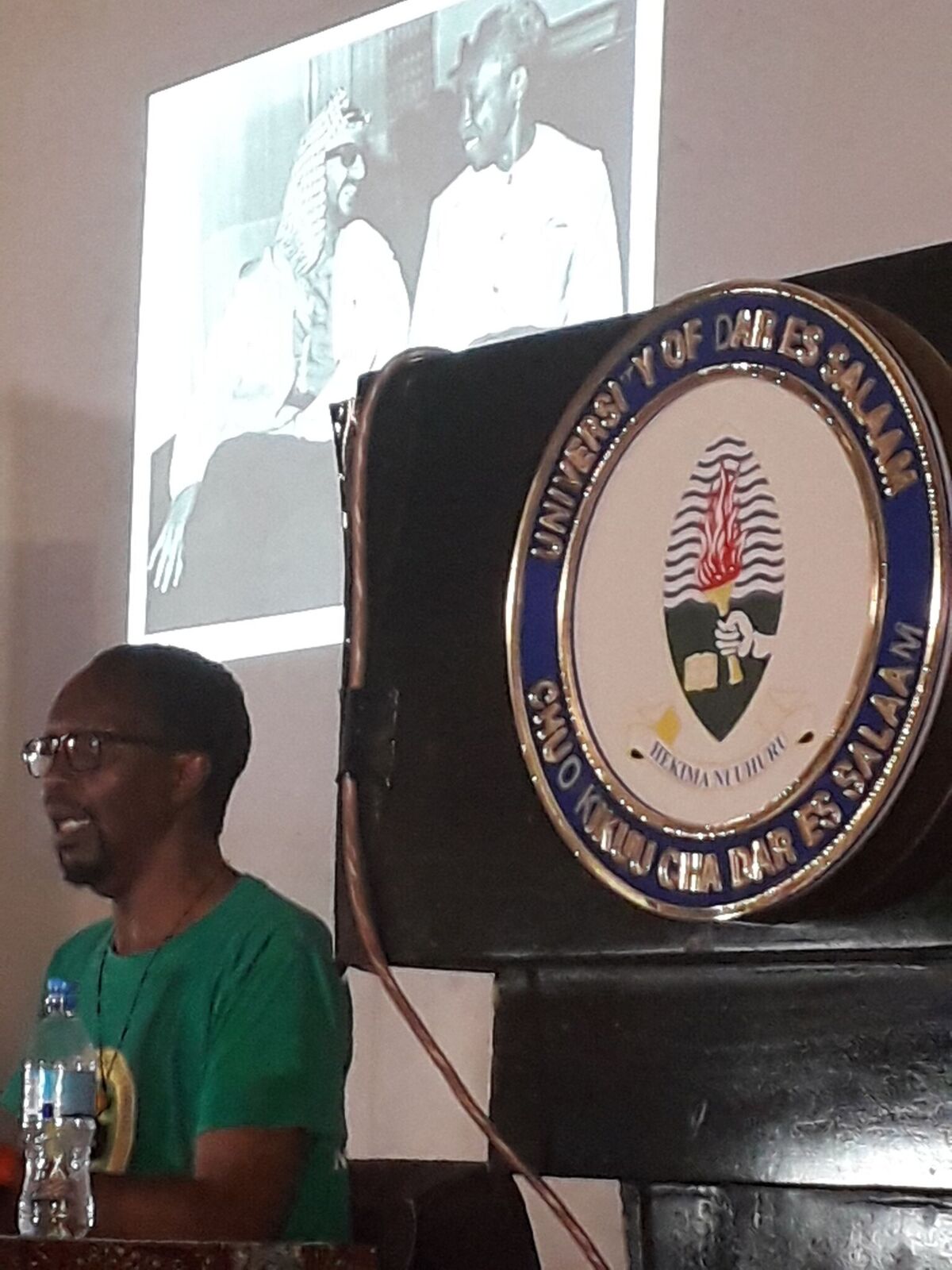 I was the only participant in the Dar es Salaam workshop organized by the Review of African Political Economy (ROAPE) from Eastern Europe. I am grateful that I could be there and despite the fact I did not know any of the participants in person before, I could still follow the debates and make my small contribution thanks to what I think is the global and historical perspective of the majority of issues that were raised. One debate was especially familiar to me because we used to have similar reflections on our socialist history in Hungary.

Much of the debate in Tanzania centred on the legacy of Julius Nyerere’s revolutionary government. My impression was that this legacy is celebrated among young activists in Tanzania who use Nyerere and his Arusha Declaration as the main historical reference point to which they want to return today when they imagine a revolutionary struggle that can transform social relations in a capitalist society. Yet this strong and positive memory on the Nyerere’s years surprised me.

In the context I am most familiar with in Eastern Europe, we usually tend to critically reflect on our socialist past. This is not just an abstract theoretical question, but all over the world the left needs to develop a social critique to the age of post-war developmentalism not only from a moral standpoint but also economically and socially in order to understand the origin and eruption of the neo-liberal reversal. The main question which we tend to ask in Eastern Europe is whether state socialism was a genuine attempt to delink our society from global capitalist forces or at least to withstand these forces as the state socialist ideology promised us. Or whether the state mediated a current mode of world-economic re-integration through which capitalist social relations were reproduced and modified. The question these debates in Eastern Europe focus on is whether the period between 1960s and 1980s was state socialism or state capitalism.

I think such a debate is necessary in relation to the experience of the national liberation movements in Africa too and especially on the role of the state that had emerged from the national struggles throughout Africa and in particular in Tanzania. I welcomed the debate on this issue when some of the comrades discussed the revolutionary potential of the Arusha Declaration and the state that was built upon its principles by Nyerere. Some of these arguments went as far as to admit that Nyerere’s state was capitalist in essence as it was either unable or unwilling to address questions surrounding class struggle. Instead it (re)produced what dependency and world-system scholars, including Samir Amin and Issa Shivji and many others called the “state bureaucratic bourgeoisie” which were embryonic forms of those oligarchs who later emerged in the neo-liberal transition.

This whole question goes back to the debates around the Russian Revolution, the other crucial topic which was discussed in the workshop. Later debates developed along these lines on the question of the Asiatic mode of production addressed by Maoist comrades in the 1960s and 1970s in China. These historical debates of the global left tended to reflect on the question whether the transition to socialism from non-capitalist social relations must include the temporary transformation to a form of petit-capitalist society or whether there is a leap forward from the colonial situation directly to socialism without any bourgeois ‘interruption’.

Other questions in these debates include whether socialism and capitalism must look the same everywhere, hence industrialization as the crucial means in an agrarian society to leap forward to socialism (some of these issues are being raised in the debates on capitalism in Africa on roape.net). Or as world-systems and dependency scholars argue, uneven and combined development encompasses many forms of capitalist social relations making capitalism a very complex global system in which non-capitalist modes of production and organizations of labour are constantly reproduced as was the case with slavery in the Americas or the second serfdom in Eastern Europe in the 19th century still under the aegis of the emerging global capitalism. No surprise that these scholars suggest that even the Soviet socialist experiment which managed to undo private property relations and industrialize the Russian economy to an unprecedented degree was indeed a form of state capitalism transformed by the emergence of the post war international division of labor.

One conclusion is that neither industrialization, nor nationalization are revolutionary acts per se at least not for the cause of the proletariat. In fact, during systemic crises of capitalism the national bourgeoisie might even be compelled to nationalize industry in defense of its own interest as has been the case in many parts of Eastern Europe since 2009. The crucial question to be addressed in these debates and hopefully the next workshop in Johannesburg will be the nature of the popular socialization of the economy for which nationalization might be a necessary but certainly not sufficient requirement. Naturally, there are additional questions. What then does socialization of the means of production and the state mean and how shall it work? In order to revisit these question, and to develop a critical assessment of the socialist past, we must return to the legacy of the Arusha Declaration and the Russian revolution.

Questions on class relations were another important discussion at the workshop. Adequate class analysis is inevitable for any leftist initiative. We have to be very careful not to use rigid categories that do not apply to specific socio-historical circumstances. From a structuralist point of view, however, class relations are global relations as the production, distribution and circulation of (surplus) value are organized on a global scale. In peripheral countries, such as in East Africa and Eastern Europe citizens of a particular state might occupy distant global positions compared to each other while their class relations remain indirect in regard to their global class positions despite the geographical or cultural proximity in the state (see the discussion of Greece’s crisis on roape.net). This ‘structural heterogeneity’ makes these nations highly unintegrated and polarized which is one of the main contradictions of capitalist peripheral states.

Tamás Gerőcs is a political economist, currently employed as a Research Fellow at the Institute of World Economics, Hungarian Academy of Sciences.

Featured Photograph: South African socialist Trevor Ngwane speaking at the workshop, behind him is a projected image of national liberation heroes.