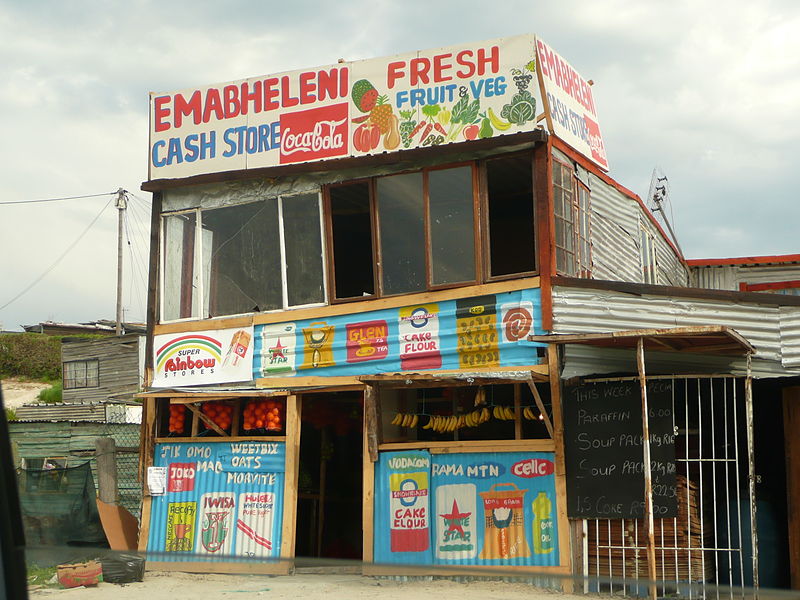 I haven’t normally used the language of capitalism in my research on African informal economies – I’ve tended to stick to terms like ‘market economy’ or ‘market society’. This is not because I feel capitalism is not relevant, but because the conventional blueprints of capitalist analysis have not been well adapted to the processes of labour informalization, ethnic and religious networking, and hybrid governance on which my research has focused. It has taken me some years to piece together the dynamics at play, and to work out how this relates to capitalist processes. I have also found that capitalist terminology has tended to shut down discussion with those holding the reins of economic reforms. Moving beyond a dialogue of the deaf with mainstream economists and policy makers often requires packaging critical analysis in more neutral-sounding language.

But these days, capitalism seems to be back on the Africanist agenda for all concerned. Amid the jubilant refrain of Africa Rising, debates about the African middle class, industrial policy and the developmental state have redirected attention to wider processes of class formation and economic transformation that seemed until recently to have fallen out of fashion. A kinder, gentler neo-liberalism also seems to have discovered the tensions of rapid economic change, precipitating a new focus on unemployment, inequality and social policy. But the question to be asked here is:  what do these apparent gestures to capitalist political economy add? Are these terms being rediscovered or remastered in the service of different agendas? As in earlier eras, the challenge of a renewed interest in the role of capitalism in Africa is to look beyond the leftist terminology in order to discern how it relates to what is actually happening on the ground, and in the global arena.

Don’t get me wrong – I’m not disputing the value of capitalist analysis. It provides useful tools for tracking processes, connecting apparently disparate developments, and identifying the key social groups and points of friction. But as researchers, it is our job to keep up with how these dynamics change – in the face of new technologies, the disruption of class identities, new mechanisms of primitive accumulation, and the outsourcing of the state. Not that these development are unprecedented – after all, the industrial revolution that gave rise to Marx’s original insights was all about new technologies and the disruption of the known social order. The point is to focus on the tools and conceptual lenses afforded by capitalist analysis, without losing sight of the new configurations as the powerful and the powerless adjust their strategies. Key to deciphering the new directions of capitalism in Africa is not only to recognize points of contestation, resistance and unanticipated side effects, but to be equally conscious of the remarkable ability of the protagonists of capitalist penetration to adapt to and to capture old mechanisms of resistance. In this regard, I would like to focus on two of such elements that seem to me central to what capitalism is doing in contemporary Africa: class and economic transformation.

With regard to class, I would like to redirect attention to the working class. While Africa’s new middle class has generated considerable interest over the past few years, for my money the working class is where the real action is. The African middle class – now defined quite literally as the class in the middle between abject poverty and the well to do – is primarily defined in terms of consumption and the growing indebtedness necessary to maintain it. The African working class shifts our attention back to the question of production, and to the transformations wrought by deindustrialization, jobless growth and persistent poverty and informality, which I have explored with Laura Mann and Maxim Bolt in a recent special issue on globalization and African workers.

Two broad narratives have emerged from contemporary engagement with the fate of the working class in Africa. The first, which I’ll call the social protection narrative, has been articulated in James Ferguson’s recent book, Give a Man a Fish. Focusing on South Africa, Ferguson paints a picture of an African labour force cut adrift from capitalist development processes by the collapse in demand for their labour, leaving them to eke out a miserable living in the informal economy through a range of petty and semi-criminal activities.  Their problem, according to Ferguson, is not capitalist exploitation, but the fact that they have become functionally irrelevant to global capitalism.  The solution he and other have put forward revolve around social protection strategies based on cash transfers.  With an average of 66% of Africa’s non-agricultural workers earning their livelihoods in the informal economy, devising some kind of basic livelihood guarantee is as critical to security concerns as it is to poverty alleviation.

The second perspective, which can be called the inclusive markets narrative, tells a contrasting story, often associated with C.K. Prahalad’s global bestseller, The Fortune at the Bottom of the Pyramid.  Business schools pundits and the private sector’s new philanthrocapitalists celebrate Africa’s informal labour force as important players in economic prosperity and development. Far from being functionally irrelevant, Africa’s expanding informal economies are described as a demographic resource, a source of entrepreneurial potential, and a treasure trove of low-intensity economic opportunities.  Instead of social protection, what is advocated is greater capitalist engagement with the entrepreneurial energies of Africa’s vast informal labour force.  My recent article The Scramble for Africans examines the rise and some of the risks of this narrative.

How can these two contrasting narratives can be reconciled? Do African workers constitute an irrelevant labour force or new partners in capitalist expansion? The confusion derives from a failure to recognize the dramatic shifts in how labour is being accessed in contemporary Africa. While a huge share of African workers have become detached from agriculture and formal wage labour, this has not disconnected them from the global capitalist system. On the contrary, they are now linked to global production through a range of new connections such as subcontracting, seasonal and temporary agricultural employment, last-mile distribution systems reaching out to slums and rural areas, and labour brokers supplying unprotected workers to formal sector firms. These forms of precarious employment are not a sign of functional irrelevance, but of new cheaper forms of inclusion.

Where some see the structural obsolescence of African working classes, others see the rise of new forms of super-exploitation at the bottom of global commodity chains, BoP (Base of Pyramid) distribution networks, and ICT-enabled distance labour. A study of informalization in Kenya found that the biggest contributor to the informal economic expansion involved informal workers employed in formal sector firms. In South Africa, labour brokers – known officially as Temporary Employment Services – provide some 7% of jobs, but on terms that expand rather than reduce precarious employment. BoP initiatives spreading across South Africa, Kenya and Uganda employ a heady mix of philanthropy and corporate zeal to justify sending poor women and youth into slums and rural areas to distribute everything from pharmaceuticals to solar lanterns, largely on commission and without benefits. Even ICT-based employment is expanding informal as well as formal jobs as youth take on outsourced data work for multi-national corporations via on-line platforms. These types of crowdsourced IT labour, gaining ground among unemployed youth across Africa, represent low paid informal work that operates completely outside the reach of any form of collective rights.  Expanding informality is not a sign of the irrelevance of African workers to global capitalism, but a source of new relevance in a capitalist race to the bottom of the pyramid.

This brings us, very briefly, to the second dimension of capitalist revival in Africa:  economic transformation.  If African workers are being adversely incorporated into global capitalism, is this in the service of future growth and accumulation that may lead to better times?  What transformation strategies are being pursued here, who is making the decisions, and who captures the gains?  Here again, things seem to be changing. After years of development programmes geared to bypassing African states deemed irretrievably weak, predatory and corrupt, developmental states seem to be popping up all over the continent, in Botswana, Rwanda, Ethiopia, even Ghana. Exciting new books on African industrialization are rekindling faith in the prospects for economic transformation that were all but extinguished in the long dark years of the lost decades. But more questions need to be asked about the kind of transformation that is taking place. New patterns of industrialization, based on FDI and integration into global value chains, are giving rise to a highly fragmented industrial structure. Local production organized around linkages between agriculture and industry are being replaced by new types of industrial strategies that prioritize exports of primary products and low value added activities, and imports of what the so-called middle classes eat and use. New models of infrastructure focused on transport corridors are laying the groundwork. Transport corridors are springing up across the continent, prioritizing seamless connection of neighbouring countries’ production zones to coastal ports and the global economy, while side-lining efforts to provide synergistic linkages between raw materials, manufacturing and markets within national territories.

The welcome return to investment in industry and infrastructure is taking shape around the interests of foreign direct investment. This brings with it the anomalies of extraverted technology choices that are capital rather than labour-intensive in a continent plagued by capital shortage and high unemployment; extroverted production systems focused on exports rather than the home market; extroverted demand structures driven by imported consumer tastes; and extroverted financial arrangements dependent on aid, FDI and bond issues, instead of domestic savings, trade taxes and primary commodity royalties. We are told that the latter are bad and market distorting, but more questions need to be asked about whose markets are being distorted. The forms of economic transformation emerging from this kind of industrialization involve little productive integration within or among African countries, either between sectors or even with their own labour force, foregoing the sorts of economic synergies that chart a path out of dependence and precarity. Where labour linkages with the global economy are being informalized, and modes of economic transformation are increasingly fragmented and extroverted, we need to do more than document the good news of Africa Rising, or the risks of recent downturns; we need to ask more questions about who is capturing the gains of Africa’s renewed engagement with global capitalism.

Kate Meagher teaches in the Department of International Development at the London School of Economics and Political Science. She writes about the informal economy and non-state governance in Africa and has carried out extensive empirical and theoretical research on cross-border trading systems and regional integration, the urban informal sector, rural non-farm activities, small-enterprise clusters, and informal enterprise associations, and has engaged in fieldwork in Nigeria, Uganda, and the Democratic Republic of the Congo.