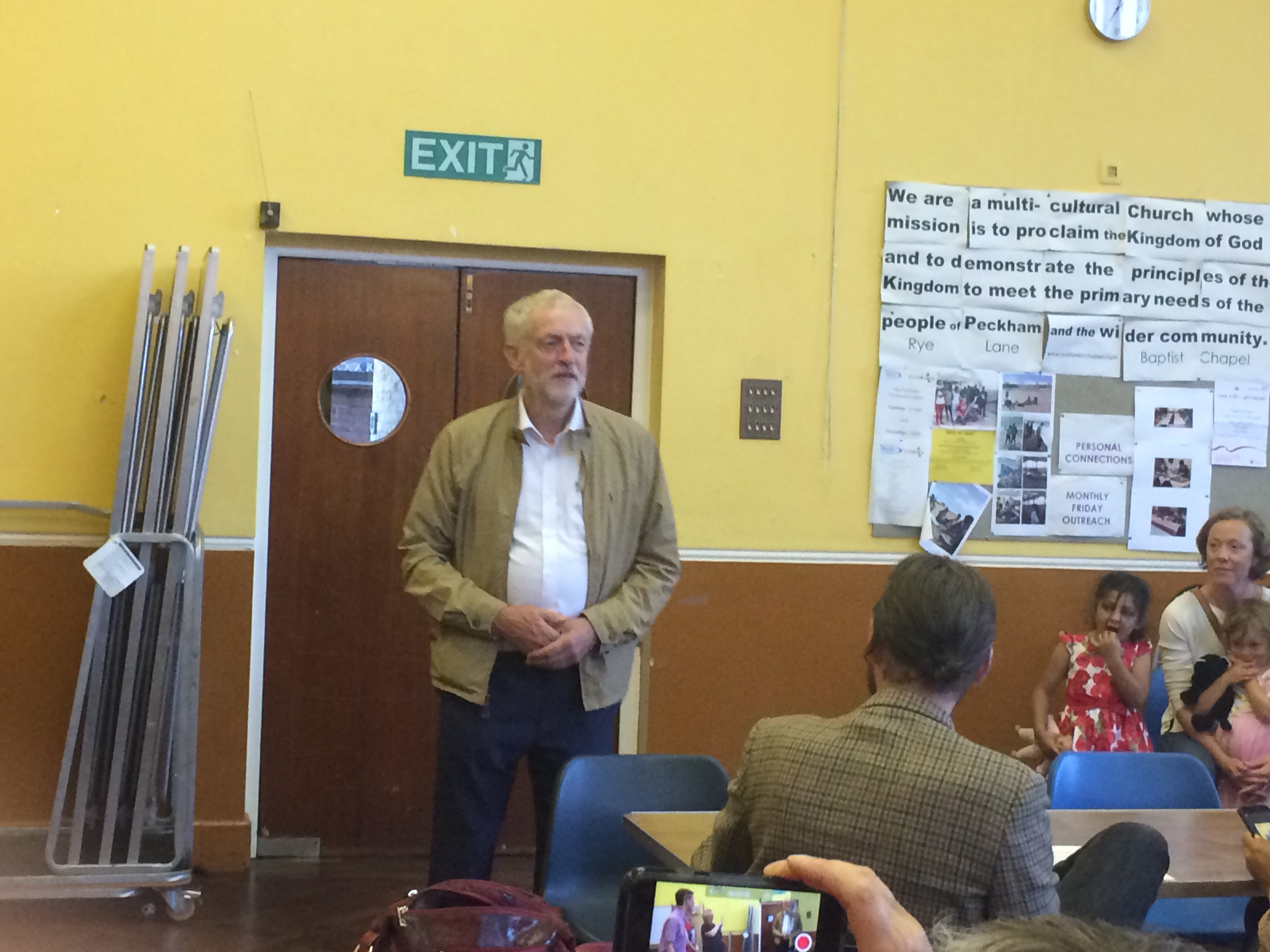 In Brexiting Britain, there are three main political forces: the Conservative rulers belong in the colonial past. They overestimate the country’s importance in Europe and the world, treat society and economy with reckless abandon and propagate hatred towards migrants, refugees and the ‘unpatriotic’ people who defend them, distracting from the abuses of austerity. They are likely to lose Scotland.

The second force is led by the right wing or ‘moderates’ of the Labour Party and other associates of Tony Blair’s regime, who hold financial power and influence over state apparatus and media. They represent the neoliberalism that progressively lost legitimacy and left behind the interests of working class communities and constituents who opposed military interventions. Immediately following the EU Referendum result on the 24 June 2016, an intense campaign of mass resignations, smears, a leadership challenge, legal battles, arbitrary rule changes and administrative suspensions of meetings and members failed to win power over the party and unseat Jeremy Corbyn, who had been elected as Labour leader in 2015.

The third force, then, is resilient, based in the grassroots and serious about the democratic socialism of Labour’s remit. Momentum, the year-old social movement that led the campaign for Corbyn’s second leadership win in September 2016, has enlivened many of the multitude who had disengaged from party politics during the last Labour government as well as younger members who have grown up with precarity. Had they not turned up to Parliament Square in their thousands to defend Corbyn from the attempted coup, four days after the referendum result, it is unlikely he would have retained his position, citing his democratic mandate, against the no-confidence motions and public resignations of 172 MPs. Instead, shadow cabinet vacancies were filled with a small number of inexperienced MPs who impressed party members with their unpolished commitment and were more representative of class, gender and ethnicity.

The Left has moved beyond protest and has become a creative force in the political landscape with aims not only to restore the sharply retreating welfare state but also to challenge financial and corporate power, and radically change the role of labour in society. As alternative visions of society are constructed, new prospects also emerge for Britain’s relationship with Africa.

Corbyn’s consistent record of opposition to oppression and war by successive governments unites supporters around their concerns with British foreign policy. After the Chilcot report in July found there was no justification for the UK going to war in Iraq in March 2003, he apologised unreservedly for his party’s decision. This appeal to the victims and the four million Labour voters lost by Blair’s government would be mere rhetoric without Corbyn’s 33-year record as a Labour MP who regularly protested and picketed as part of a wider movement for social justice and had chaired the Stop the War coalition.

Of the British intervention in Libya in 2011, he argued that the effect had been to destroy the state and create in its place an arms bazaar:

A number of us pointed out in debates in the House at that time that if you simply destroyed the structure of the Libyan state, which is what happened, then you will end up with a series of warring factions … And the spread of arms which were given to the opponents of Gaddafi has then spread into Mali and many other places. So we’ve actually created an arms bazaar of in some cases relatively small scale arms, but nevertheless very powerful ones.

This position statement from the leader of the opposition sparks the possibility of a country that is no longer enamoured with the arms trade. Beyond this renowned stance against military interventions, there is also a record of opposition to other forms of domination in African countries. One photo used by Corbyn’s opponents to frame him as a protester and rebel, and by supporters to prove commitment to social change, shows him being arrested outside the South African embassy in July 1984, a time when the constant demonstrations that had peaked in 1982 were banned. He advocated for Congolese democracy and highlighted the on-going Western role in its conflict, as well as campaigning for the exposure of historic British military actions in Kenya in the 1950s and challenging ‘patronising comments about Africa and African people’ in the Ebola crisis.

The Conservatives instigated the EU Referendum and the Brexit campaign was dominated by the far right. Its success would, and did, hand power to them. Although Corbyn persuaded the majority of Labour voters to vote to remain in the EU, discrediting the pretext for the attempt to oust him, Corbyn’s and Momentum’s position was to ‘remain and reform’ or ‘remain with no illusions’. His ambivalent attitude towards the EU included regular criticism of the effects of its Common Agricultural Policy, arguing that:

The EU sugar regime is not justifiable in any moral or other sense. We are driving cane sugar producers in Africa and elsewhere out of business so that European sugar can be dumped on their markets.

This commitment to international solidarity and justice is shared across the movement. James Schneider, a founder and national organiser of Momentum, linked his work as a researcher and journalist in Africa with his transition from liberal to socialist democracy. He explained in an interview that his experiences in Nigeria:

… helped me to see through a dominant form of analysis in elite British politics, the kind that you find in the Economist, that tries to explain war, poverty and underdevelopment without actually engaging in the real historical context. Instead there are these stories that you can fall back on, North versus South, Christian versus Muslim, ancient ethnic rivalries, anything to prevent you from talking about capitalism, imperialism — the bigger picture, but also the real local context and complexities.

With this deep politicisation of the formerly reactionary, fragmented activities of the Left, Corbynites reject the calibration of policies towards opinion polls or to winning power by any means, and instead seek socialist alternatives to issues that Labour had previously led on or supported, like the scapegoating of migrants or privatisation of nationalised services. The Party has expanded to over half a million members, the largest ever number, and a door has opened to unprecedented democratic participation and rejection of the neoliberal consensus. A number of resigned MPs have now re-joined the shadow cabinet, who were not ideologically or materially opposed to Corbynism but instead doubted his leadership qualities.

Although this reconfigured Labour Party has forced u-turns on some of the most excessive austerity measures, it is now little more than a re-imagination of politics – but even the imagination was lacking two years ago and now is being advanced in a vast new political space supported by a burgeoning alternative media and the communication channels and local strategies necessary for transformation.

If, as I believe, ‘development’ and ‘expertise’ should be focused not just on the postcolonial countries of the south, but on those of the north that have yet to learn how to extricate their political economies from subjugation, immiseration and war, this movement shows there is a popular appetite for change and economic innovation. It seems unlikely that the old status quo of rising inequality and cronyism, thinly veiled under slick public relations and shallow conceptions of liberalism and rights, could win back the hundreds of thousands who are watching it come unspun.

This optimism is, however, just a silver lining on a dreadful cloud. A week before the EU referendum, Labour MP Jo Cox was brutally murdered by a man who called her a ‘traitor’ and had belonged to far right organisations including pro-apartheid, white supremacy and neo-Nazi groups. The government has given racism and xenophobia free reign, inciting primitive hatred and ignorance as lives are destroyed, the country is sold off and the profits kept in overseas tax havens. The near-future looks bleak and foreboding but there is a slow revolution and a unified, vibrant movement that will not capitulate to these antiquated divide and rule tactics.