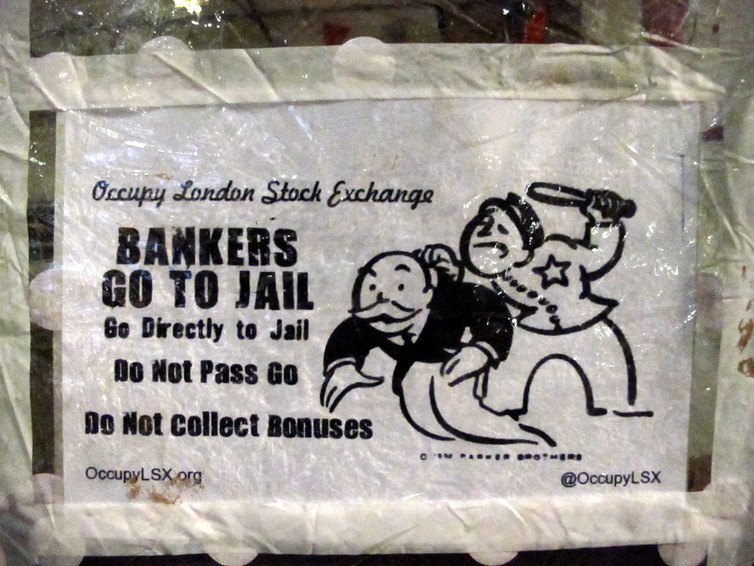 Fraud and corruption are widespread in the contemporary world, in Africa and elsewhere. Also, as we know neoliberalism is widespread. Yet, we have relatively little scholarly analysis concerning how these two phenomena are interlinked, that is, how neoliberal reform and transformations have affected the levels and forms as well as the political-economic and socio-cultural underpinning of fraud and corruption in various countries. While we have sparse empirical data and analysis about ‘neoliberal fraud’ in general, we know even less about the moral economy of fraud in a neoliberalised societal context, not only but especially in Africa. Globally, there are not many scientists who can offer a data-based analysis on this sort of topic. And yet for various reasons, having a more advanced understanding and discussion about fraudulent practices and the norms, values, beliefs, attitudes and material structures that underpin them in our current world of neoliberal capitalism is important. Together with David Whyte I have worked for two years with a group of nearly 20 scholars to produce an edited collection that for the first time sheds more light on exactly this topic: Neoliberalism and the Moral Economy of Fraud.

The book shows how neoliberal policies, reforms, ideas, social relations and practices have engendered a type of socio-cultural change across the globe which is facilitating widespread fraud. It investigates the moral worlds of fraud in different social and geographical settings, and illustrates how contemporary fraud is not the outcome of just a few ‘bad apples’. Notably, the book is interdisciplinary and almost entirely case study based. Our contributors are from a range of disciplines including sociology, anthropology and political science, social policy and economics. There are three Africa specific chapters: ‘Entrepreneurialism, Corruption and Moral Order in the Criminal Justice System of the Democratic Republic of Congo’, by Maritza Felices-Luna (Ottawa); ‘Murder for gain: Commercial insurance and moralities in South Africa’, by Erik Bähre (Leiden), and ‘Seeking God’s Blessings: Pentecostal Religious Discourses, Pyramidal Schemes and Money Scams in the Southeast of Benin Republic’, by Sitna Quiroz (Durham). Other chapters have country case studies from Latin America, Western and Eastern Europe and Central Asia. No matter the country or region studied, each chapter offers useful insights into the phenomenon of concern that are then summed up in the conclusion ‘The Moral Economy of Neoliberal Fraud.’

That said, regarding Africa in particular, tracing the socio-cultural including moral repercussions of neoliberal restructuring – pushed by the IFIs and other donors, NGOs, companies and other international and local actors – is a topic in its own right. But here as well, to understand how this neoliberal push has affected matters of honesty and deception, or fairness and callousness in the human pursuit of income, survival, wealth, and power provides crucial insights into the operation and consequences of contemporary capitalist societal order across the continent. In the context of the scarcity of critical scholarly analysis on this issue (donors and governments in Africa seem to have hardly commissioned any research into neoliberal moral change!), this edited book contributes to  various global and continent-specific debates on neoliberalism, moral change, fraud and corruption, in the same way as my own forthcoming and detailed study on neoliberal moral economy and fraud in Uganda.

That said, the collection has received notable reviews from a range of senior scholars across disciplines. Jean-Pierre Olivier de Sardan for instance notes: ‘Three very stimulating arguments are at the core of this book and open the door for productive debates and fresh investigations: (a) Fraud is a structural feature of neoliberalism (not only on the margins), and must be explored empirically; (b) Fraudulent practices are neither value-free nor in a desert of norms, but they have their own set of moral and practical norms; (c) Capitalist normative structures not only come from a top-down process,  but also from bottom-up dynamics.’ For interested readers: the introduction of the book ‘Neoliberalism, Moral economy and Fraud’ is available for free access on the book website (see Look Inside function). Routledge has also offered a 20% discount up to the end of the year for individuals purchasing print copies via the publisher’s website. For review copies please contact cara.trevor@tandf.co.uk.

Finally, to mark the publication of the book, as editors, we have produced an opinion article titled ‘How neoliberalism’s moral order feeds fraud and corruption’. This article is reproduced below from the website The Conversation. For any questions, comments and suggestions regarding these publications please email J.Wiegratz@leeds.ac.uk.

By Jörg Wiegratz and David Whyte

Corporate fraud is not just present, but is widespread in many neoliberalised economies of both income-rich and income-poor countries. Volkswagen’s emissions cheating scandal is perhaps the most recent and most startling example, but the automobile industry is only one of many sectors, including banking and the arms industry, where scandals have become commonplace. Certain practices and norms that many people in the global North considered shocking only a while ago have become routine in public life.

The financial industry, whether in the US, UK, or Germany, has become characterised for years now by extensive and escalating fraud. Arguably, bankers have never been as unpopular as they are right now. It is not difficult to see why. The most vulnerable in society have suffered the most as a result of public sector cuts in western Europe. You can draw a straight line between these cuts and the post-2008 bank bailouts and market-saving interventionism of governments.

One interesting indicator of the strength of popular censure aimed at the bankers can be found on the front pages of some traditionally right-wing newspapers; newspapers that hardly have a track record of critiquing capitalism.

These headlines are not, however, a fundamental threat to the actual status of the bankers. They, and other powerful elites, can withstand such criticism without lasting impact because the system of power that sustains them is not vulnerable to this kind of symbolic moral criticism. It provides an extensive set of moral claims that is much more complex (and difficult to detect and untangle) than questions of whether bankers earn too much or not, or whether they are immoral or not.

We argue that bankers have a very clear and highly sophisticated moral compass that guides them in their daily work. This can apply more broadly too, and pulls in other controversial professions: property speculators, landlords, politicians, top CEOs, or bosses of sports associations.

This sounds counter-intuitive (how can bankers be moral?). But it is not useful to explain away deception and criminality in our economy with glib muttering about a weakening of morals or an absence of morals. This position typically suggests that people who harm others through fraudulent practices, have either lost their values or have no morals at all. In some of the least sophisticated analyses, it is assumed that in a battle between good and evil, corruption is simply “bad”, or a pathological flaw, or a symptom that something has gone wrong in the management of a state.

Economic practices (including the use of deception, intimidation or violence while earning a living) are already supported by a set of specific moral views, understandings, priorities and claims. In other words, our current neoliberal economy does constitute a moral order whether we like the dominant morals or not.

We can define neoliberalism here as a means to promote the rule of the market, and drive the transfer of economic power from the public to the private sector. And in pursuing neoliberal models of growth, a huge amount of government energy is spent. We are told that support to big business is needed to secure the future, and that what is good for business is good for society. That rhetoric emphasises the social importance of free markets, flexible workers, freedom, open societies, and, more recently, fairness. All this adds up to a moral grammar of everyday life. In short, neoliberalism is underpinned by particular social values, norms and beliefs.

So how is this “common good” projected? Well, first of all, neoliberals make major claims in defence of what they call economic freedom. This claim is generally made from an anti-state and anti-collectivist position and stresses the economic freedom of individuals. Collective trade union freedoms and social rights are, from this perspective, constructed as the enemies of freedom as are state interventions in markets on behalf of the broader social or public interest.

Claims like this are normative, since they seek to position neoliberal policies as being in the public interest (driving competitiveness, growth, exports), and making a contribution to a “good” society. Thus, neoliberal constructions of market freedom simply tie the public interest to that of the market and of the private sector.

These ideas seek to infiltrate our entire moral view of the world. Neoliberal restructuring is therefore a political-economic and moral project that targets not just the economy, but also society and culture, in its ambition to re-create societies as ever more crass capitalist market societies. As Margaret Thatcher once rather chillingly said in an interview with the Sunday Times: “Economics are the method, but the object is to change the soul”.

And what kind of soul was it Thatcher wanted us to have? One based upon materialistic individualism and a self-interested outlook of course. So, if we want to understand why conditions for fraud are now ripe across all capitalist countries and across all levels of society, we must recognise that it is not because of the lack of soul or the absence of morals, but because at the heart of the neoliberal project, there exists a very clear set of norms, values and attitudes that have been actively encouraged, that we voted for, and which now we find so hard to rationalise or understand.