Capitalism and Resource Nationalism in Africa 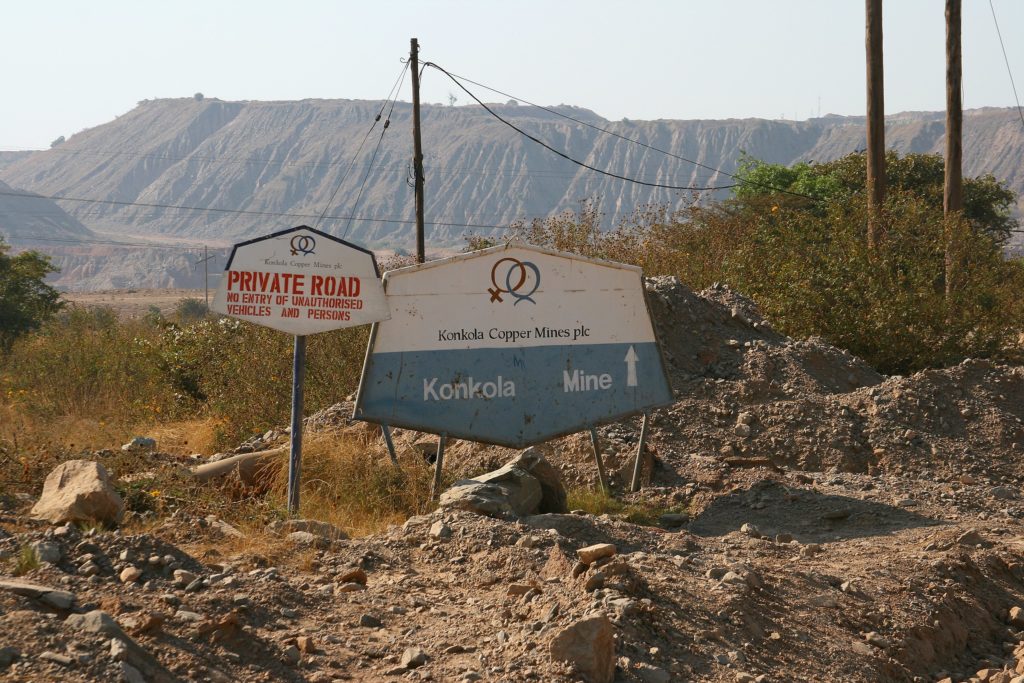 In recent years governments across Southern Africa have targeted foreign investors, increased taxation on mining companies and enacted indigenisation. In this blogpost, Alex Caramento and Richard Saunders investigate the social forces currently shaping resource nationalism in the region. They hope to initiate a discussion on the various responses to extractive capitalism in Southern Africa.

By Alex Caramento and Richard Saunders

In the past decade, Southern African governments have revised national mining codes, stripped foreign investors of their concessions, increased taxation and prosecuted tax evading firms, and enacted indigenisation and local content measures. We are undoubtedly witnessing the return of ‘resource nationalism’ to the region.  Yet aside from attributions of the phenomenon to heightened mineral prices and rent-seeking by predatory elites, there has been little investigation of the variables and social forces currently shaping and driving resource nationalist politics.  Moreover, the focus of most commentary and scholarship on resource nationalism has been on the relationship between large-scale, foreign-owned mining firms and the African state. The role of other social forces and organised interests have been mostly ignored by the recent spate of business journalism and academic research. We argue that two critical lines of inquiry require urgent attention. First, we ask how the current wave of resource nationalism is different from the previous one. We suggest that contemporary resource nationalism cannot be sufficiently understood as simply a case of ‘history repeating itself.’ Secondly, we argue, explaining divergent resource nationalist policies requires an investigation of substantially new drivers currently at play. Although the early outcomes of resource nationalist projects have been largely ambiguous, affected by the current balance of political forces and broader structural constraints, the demands and grievances which have informed these projects have generated important points of critique of extractive capitalism.  Following emerging local debates, this blogpost endeavours to initiate a wider discussion on the varying responses to extractive capitalism in Southern Africa by advancing some preliminary thoughts arising from current research.

Resource Nationalism, Now and Then

Two waves of resource nationalism have swept over the African sub-continent: the first wave in the 1960s and 1970s, following the attainment of independence; and the current second wave, which began in the late 2000s.  The first wave involved policies that sought greater national ownership and control over mining assets. In contrast, the current wave has not typically involved a significant effort to nationalise or indigenise mining assets.  In the case of the recent Konkola Copper Mines (KCM) takeover, for example, the Zambian government did not plan to takeover the mine but rather find a more suitable investor.  Former Presidential Spokesman Amos Chanda went so far as to make the point of assuring other foreign investors that ‘[t]here will be no takeover (and) no seizure of private assets.’[1]  Instead of greater state (or indigenous) ownership and control, the second wave of resource nationalist strategies have typically sought to increase mining taxation, improve regulatory oversight and cultivate productive linkages to mining. At first glance these measures have appeared to be relatively restrained compared to previous policy interventions like nationalisation, the cancellation of management contracts and the establishment of state-controlled mineral marketing agencies. And yet they should not be dismissed as ‘business as usual’.  In several cases, recent measures have threatened the profitability of foreign mining firms; in response, miners have increasingly employed a range of means at their disposal – from threatening to place mines under care and maintenance, to actively pursuing international arbitration – to blunt and deflect the sharpest edges of the current wave of reform.

The Dynamics of Contemporary Resource Nationalism

Media commentary and academic debates on resource nationalism tend to employ a simplistic approach to the examination of the phenomenon.  They attribute resource nationalism to an upswing in market cycles: when primary commodity prices are high, states possess greater leverage and are more inclined to secure concessions from extractive firms; when prices are low, mining firms possess greater leverage and are able to push states to adopt more market-friendly extractive regimes. Surging primary commodity prices have no doubt been one of the factors enabling the emergence of resource nationalism, but there have been other dynamics which have also been critical in shaping its form and trajectory. We identify four key developments in contemporary resource nationalist strategies.

Much of the current scholarship on resource nationalism focuses almost exclusively on the relations between the state and LSM firms. Other social forces and interests are typically ignored. This narrowness has weakened explanatory capacity. Numerous local social forces have contributed to the shaping of mining policy reform, to varying degrees. For example, domestic mine supply and contracting firms have demanded mandatory procurement quotas and local content measures to secure more business from the mines. Local communities surrounding mine sites have sought greater employment opportunities and the decentralised redistribution of fiscal receipts. Civil society organisations (CSOs) have advocated for greater transparency in the collection and allocation of resource rents and have encouraged African governments to counter LSM’s efforts to evade taxation. CSOs have also sought to challenge the dislocation and environmental devastation of communities that reside near LSM operations.

Mining labour has sought less precarious work, improved and harmonised compensation packages, the domestication of mining employment, greater investment in skills development and increased workplace health and safety. Together, these interventions have led to both greater pressure on the state and strengthened state volition to challenge foreign mining capital. Finally, artisanal and small-scale miners (ASM) have sought to challenge property rights’ regimes (for example, securing affordable and simplified access to land tenure, including tailings dumps), and to secure better access to finance, machinery and services in support of expanded operations.

We do not suggest that all of these social forces have had equal influence over the various mining policies enacted under the contemporary wave of resource nationalism.  While heightened political contestation has enabled the inclusion of formerly marginalised voices, their impact on policy outcomes has frequently been deflected, with their influence dependent upon the prevailing balance of forces and broader structural constraints. The mounting debt levels of many African states, for instance, have tended to influence reforms towards a more short-term outlook, increasingly dictated by the need to overcome successive fiscal crises. Nevertheless, contemporary policy debates have brought the demands of these multiple constituencies to the fore, pointing to new political possibilities.

The Need for Comparative Research

The current wave of resource nationalism, though having emerged largely in response to the liberalisation of African mining regimes, has not entailed a complete repudiation and reversal of the neoliberal status quo. And while foreign mining investors are arguably on the defensive at the moment, they have not been without the means to defend their interests. Moreover, many measures associated with the current wave of resource nationalism have either been diluted by donor agencies or complicated by the fiscal vulnerabilities of Africans states.  Nonetheless, resource nationalist demands remain important points of contestation in the region.  The ‘enclavist’ proclivities of extractive capitalism, the pronounced efforts of foreign mining investors to evade taxation, their sustained campaign to discipline, retrench and casualise their workforces, and their adherence to exclusionary property rights regimes (that fail to accommodate ASM) –  to offer just a sampling of transgressions – have emboldened mining communities, trade unions, and civil society groups to demand corrective interventions from governments.

These economic grievances and the political vulnerability of governing regimes which have enabled their reception are not going to go away any time soon; if anything, they are being amplified by sustained disillusionment with extractive capitalism in the region. The vacuous ‘solutions’ proffered by multilateral institutions, donor agencies, and LSM amount to tinkering with, rather than the substantive revision of, African mining regulatory regimes.  Currently, a diverse set of policies are being pursued in the context of a variety of structural and socio-economic conditions across the region. It is only with the examination of these parallel initiatives through comparative research that we can begin to understand the range of possibilities and limitations of contemporary resource nationalism, and its potential for achieving strengthened redistributive possibilities across Africa.

Alex Caramento is a PhD Candidate (ABD) in the Department of Politics at York University (Toronto) where he studies the political economy of mine supply and service provision and resource nationalism in Zambia.

Richard Saunders is an Associate Professor in the Department of Politics at York University (Toronto), where he teaches African political economy. He is also a Research Associate with the Department of Anthropology and Development Studies at the University of Johannesburg. His most recent book is the edited collection Facets of Power: Politics, Profits and People in the Making of Zimbabwe’s Blood Diamonds (Wits University Press/Weaver Press, 2016).

[1] Indeed, the seizure of KCM is an exceptional case, representing the culmination of tensions between Vedanta Resources and the Zambian government that stretch back to 2013, when the late President Michael Sata deported former KCM CEO Kishore Kumar in response to announced plans to mechanise mining operations and retrench 1,500 mineworkers.