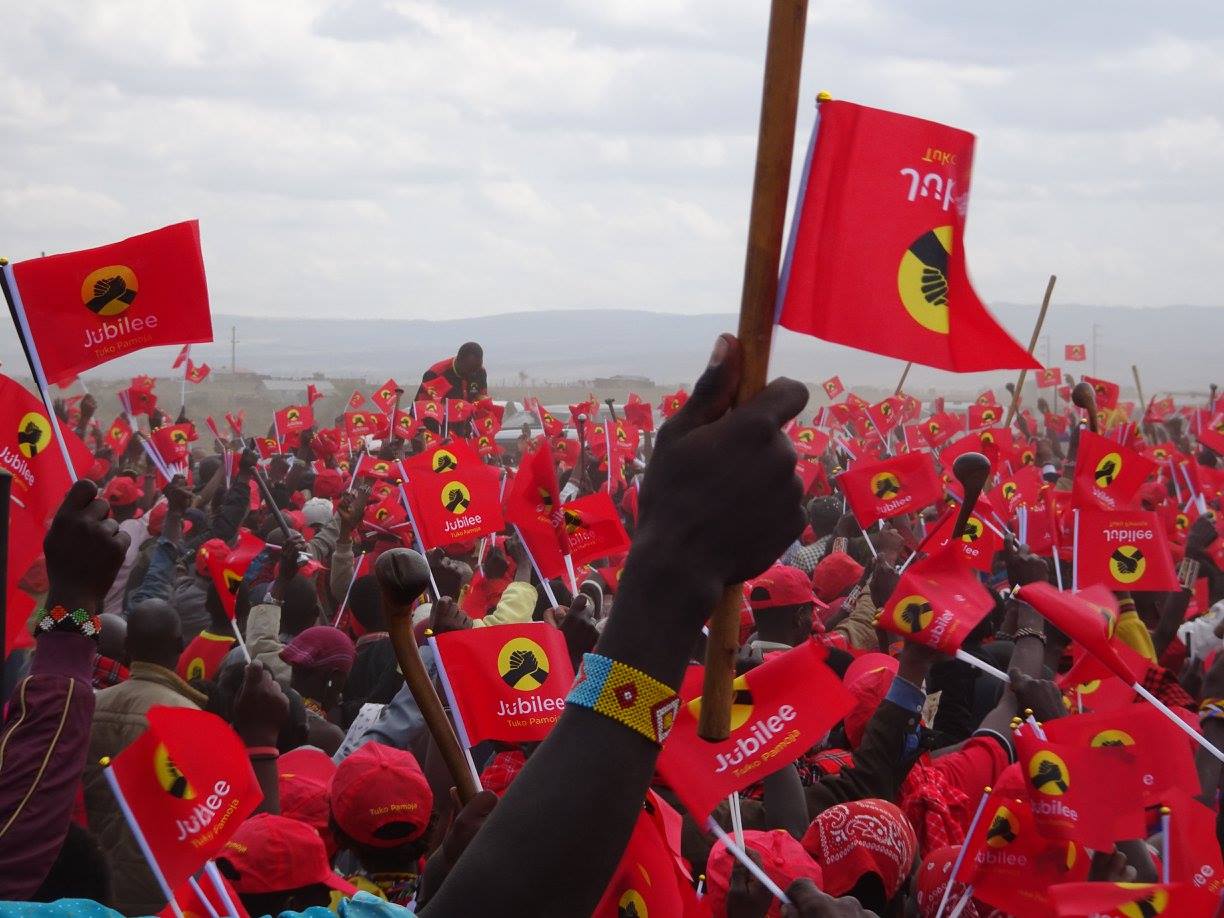 On 11 August 2017, Kenya’s Independent Electoral and Boundaries Commission (IEBC) announced Uhuru Kenyatta of the Jubilee Party (JP) the winner of the presidential election held on 8 August, with 54.2 percent of the popular vote and turnout of almost 80 percent of registered voters. Kenyatta’s re-election has been disputed by opposition leader, Raila Odinga, and the National Super Alliance (NASA), who – in the days following the polls – made a series of allegations, some of them apparently mutually contradictory. This included claims that the vote transmission system was hacked and, separately, that the “real” results leaked to the opposition by an IEBC insider placed Odinga ahead of Kenyatta. Shortly before the final results were announced, the NASA chairman then led a walk-out of their party agents from the national tallying centre, while the chief agent, James Orengo, declared that NASA would not go to court to challenge the result, but seek other “constitutional means” – which seemed to leave street protest as their only option. Most recently, on Sunday 13 August, Odinga called on people not to go to work until a further statement was made on Tuesday 15 August, while Orengo called for people to prepare for mass action.

Prior to the election, many opposition politicians and supporters had been confident of their victory. Principal opposition leaders and parties had come together behind a single presidential flagbearer, and campaigned on a populist ticket that included a promise to address historical injustice and socio-economic marginalisation, create jobs, and lower prices. In contrast, the ruling JP called upon Kenyans to elect them for a second term on their claimed track record of security provision and economic development, and promise to create more jobs.  The election also took place in a difficult socio-economic context. This included high food prices, a shortage of maize flour or unga (the national staple), rampant corruption, high un- and under-employment (especially amongst the youth), an increase in extra-judicial killings, and a cold war between the government and prominent human rights organisations, which called into question the governments ability to provide security and development. For many in the opposition, the dire economic situation, combined with the newfound unity of the opposition, Odinga’s record of struggle, and NASA’s populist campaign, was reason enough to believe that the NASA wave would be unstoppable. 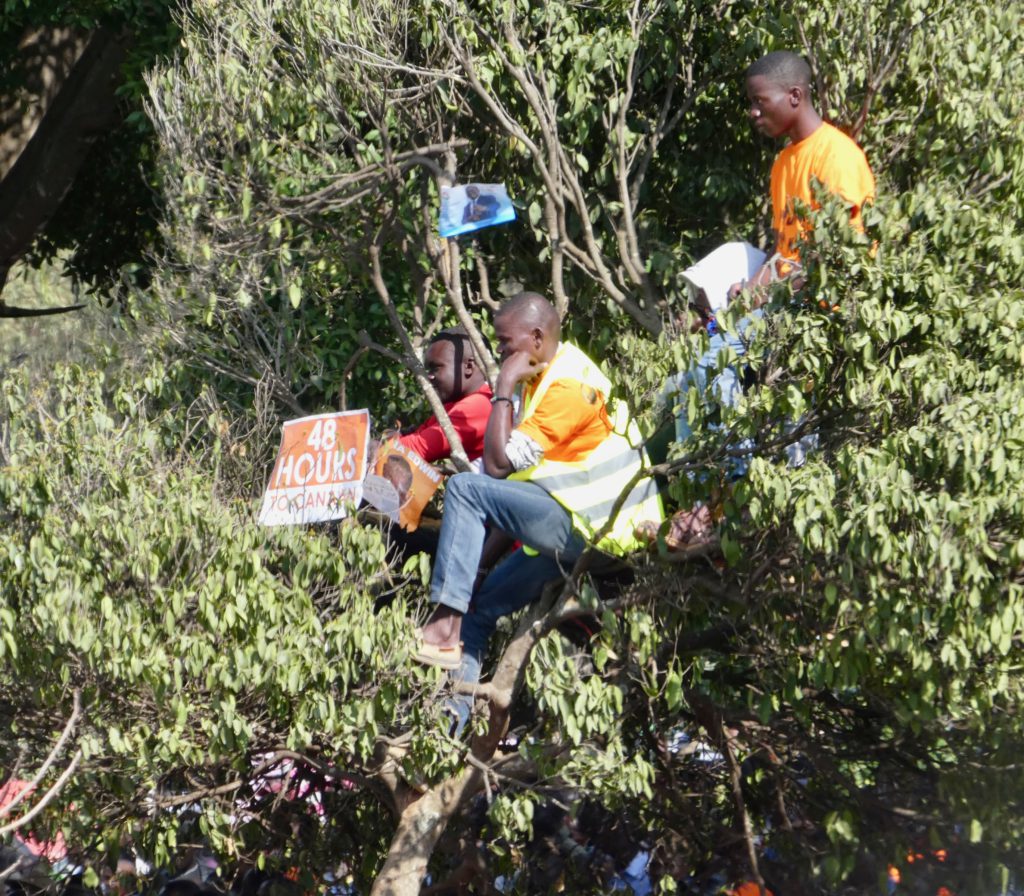 However, while Kenyatta’s margin of victory is bigger than most had expected, it is by no means implausible. A number of opinion polls had put Kenyatta slightly ahead in the final weeks of the campaign, and the results are closely in line with a sample parallel vote tally conducted by a group of domestic observers – the Elections Observation Group (ELOG) – which projected a Kenyatta victory of 54.0 percent with a margin of error of +/- 1.9 percent.

Critically, Kenya’s results management process had been designed to remove any element of suspicion, and to defuse allegations of rigging through transparency. All of the relevant forms, from polling stations and constituencies, were to be posted online and available for public scrutiny. However, at the time of writing, this had not yet happened, so the exact results cannot be verified. Nevertheless, no hard evidence has yet been provided to counter the fact that the opposition failed to achieve the political tsunami they had predicted at any level of the elections in which Kenyans voted for six separate levels of representation. Instead, JP managed to make significant inroads into several NASA strongholds, securing a majority in both the National Assembly and Senate; while JP or JP-leaning candidates won 28 of 47 gubernatorial races.

How did JP manage to do so well despite the socio-economic context? The answer lies both in the shortcomings of the opposition’s campaign and in the strategy adopted by the JP.

First, while the multiple parties of the NASA alliance agreed on a single presidential candidate, in many places they contested against each other at the local level. By contrast, Kenyatta and his deputy William Ruto had converted their two party coalition from 2013 – the Jubilee Alliance – into the JP, integrating a number of other smaller outfits along the way. This had the advantage of generating a more efficient campaign with a common slate of candidates. As a result, local party structures and local aspirants for the members of county assembly (MCA), member of parliament (MP), senate, women’s representative, and governorship, and their networks were all effectively harnessed to campaign for Kenyatta’s re-election, and vice versa.

In addition to building a more effective political vehicle, the JP invested heavily in its strongholds and potential swing areas, but also did not neglect the strongholds of its opponents. In the latter, they seem to have made effective use of the localised campaigns of aspirant MCA’s who usually had little hope of winning, but perhaps sought other rewards for increasing the president’s vote in their own backyards. 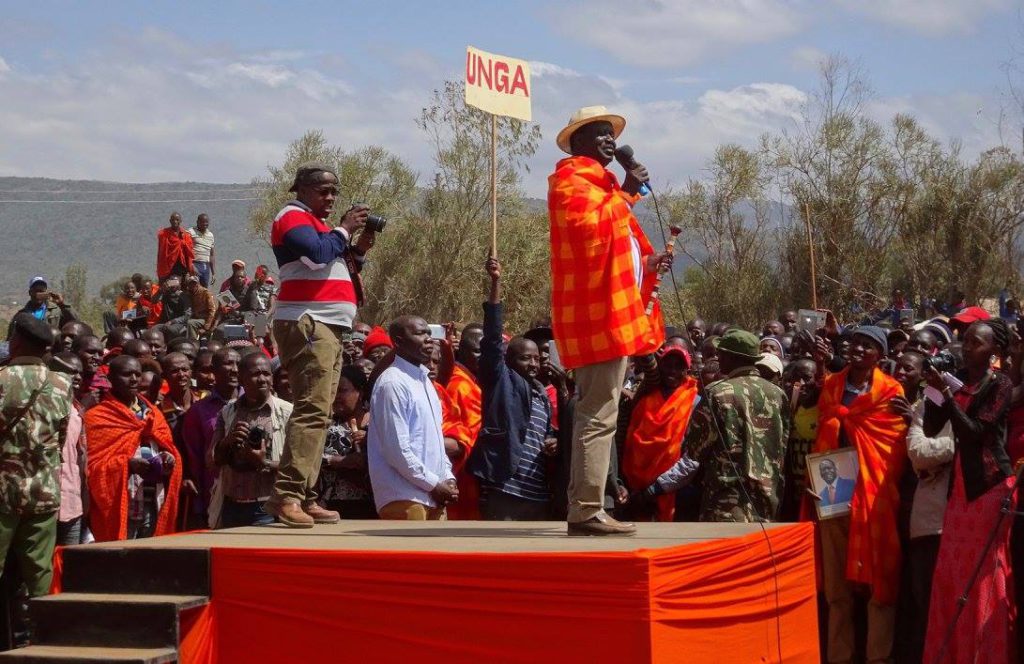 The ruling party also reaped significant benefits from the power of incumbency as local administrators and officials helped to campaign for candidates at all levels, benefiting from the use of state resources, in direct contravention of the electoral rules and regulations. In this way, civil servants were openly drawn into the JP campaign, and government vehicles were used for it; while the principal Jubilee candidates evidently had ample money to spend.

However, even more important were local perceptions about who was best placed to foster economic stability and development. Politics in Kenya has a strong ethnic logic. Kenyatta and Ruto hail from Kenya’s largest and third largest communities respectively and, while many Kikuyu and Kalenjin were angry about the economy – and particularly about high food prices, insufficient jobs and corruption – many felt that their interests would be better catered for under the leadership of one of ‘their own’, rather than under the leadership of ‘other’ communities who might redistribute resources away from them and ‘their communities’.

Even outside of the Jubilee strongholds, the government ran a highly effective campaign that emphasised its achievements to date – such as local electrification and road projects – and which also questioned the opposition’s capacity and intentions. In this way, much was made of corruption in NASA-controlled county governments and also of the limited development records of leading NASA figures – all of whom had been in government at one point in time or another.

Finally, but far from least, an effective social media campaign cast Odinga as a dangerous individual who would divide Kenya and cause chaos. This message drew upon the history of the 2007 election when Odinga’s rejection of President Kibaki’s re-election triggered post-election violence, which led to the death of over 1,000 people and displacement of almost 700,000 others. Odinga may have inadvertently lent strength to this narrative through his decision to constantly challenge the integrity of the IEBC in the run-up to the election, and by his comments on land and other resources.

For example, in June 2017, Odinga hit the headlines for his statements to a British journalist that he would dismantle white-owned ranches in Laikipia County if elected; while at a rally in Kajiado he urged Maasai not to sell land to outsiders “who have come to invade” and to look forward to 8 August as the “third and final revolution”. Moreover, while Odinga argued that he had been misquoted with respect to Laikipia, he defended his comments in Kajiado. JP politicians were quick to criticise this rhetoric as hate speech and incitement, prompting heated debates on social media about what an Odinga victory would mean for those with land and property outside of their ‘home’ area. This was then interwoven with other controversial issues, such as Odinga’s stance on rent. For example, on the occasion of the presentation of his presidential nomination papers to the IEBC at the end of May, Odinga promised to lower the cost of living in 90 days if elected by targeting food prices and rent. Almost immediately, claims were made on social media that this constituted support for demands by rent-payers for lower rent and for a periodic refusal to pay rent; positions which have historically been associated with significant violence.

In this way, JP were able to use some of Odinga’s own statements to play into a long-running trope in which he is depicted as a harbinger of division and political instability. That JP were able to do this despite both of their principal leaders having been charged with crimes against humanity by the International Criminal Court prior to the 2013 election – with the cases later collapsing amidst claims of witness intimidation and bribery – demonstrates the extent to which this narrative has taken hold in pro-government strongholds. When seen in this light, the results leave Kenya’s opposition, and its supporters, in a difficult place.

NASA’s accusations of electoral malpractice resonate with many of their core supporters who understand them in the context of a history of election manipulation, and who bitterly resent what they see as the long political and economic dominance of central Kenya and the Rift Valley. However, a refusal to go to the Supreme Court and more explicit appeal for a general strike, and call for people to prepare for mass protests, is an extremely risky strategy.

First, it increases the potential for loss of life. A day after the results were announced, and in the absence of significant protest, the Kenya National Commission for Human Rights already estimated that 24 people had died from bullet wounds most likely inflicted by the security forces, and noted that they were seeking to verify additional deaths and injuries. This came amidst reports of security officers cordoning-off certain parts of Nairobi and Kisumu, and of beatings, shootings and rape – a heavy-handed response to limited protest, which reflects a culture of impunity, where many people (and particularly poor young men) are shot by police on a regular basis; the extent to which young residents of informal settlements have been cast as actual or potential criminals; and extensive security preparations ahead of the election in the wake of claims of inadequate preparation in 2007. Second, if NASA do refuse to go to court and attempt to mobilise mass action, any unrest that results will be used by Odinga’s rivals to further demonise his leadership and his coalition.

This reality means that NASA finds itself caught between a rock and a hard place. Having set out to undermine the credibility of the elections, their most hard-core supporters expect a strong response. Failing to deliver risks being perceived as weak, but taking on the might of the state would represent political suicide for Odinga and some of his closest allies, and would likely go hand-in-hand with a violent security lockdown of certain opposition strongholds. It therefore seems likely that for the millions who really believed that the election would bring political and economic transformation and lead them out of unemployment and high prices – as Odinga put it – into Canaan, the outcome of the election will be a deep disappointment whatever happens at this point. Thus, while the electoral process, and the results, currently look much more credible than any since 2002 in the absence of hard evidence to the contrary, they still leave the country deeply divided, and with an opposition weakened by electoral loss, and with diminished credibility beyond its core constituencies.