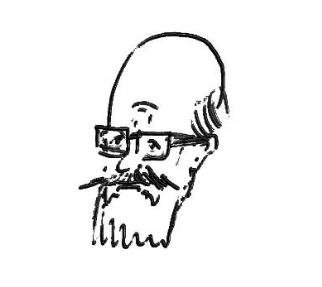 Ken Post, 1935-2017, Professor Emeritus at the Institute of Social Studies, The Hague, died on 11 March 2017, on his 82nd birthday. I did not know Ken well on a personal basis, as did many comrades but he was one of the major influences on my late-flowering radical years, first when I was a post-graduate student at the LSE and then a lecturer in African sociology and anthropology at SOAS, and subsequently through my own long years at the School of Development Studies at the University of East Anglia. I have read most of his published work and was fortunate to be able to share his ideas and experiences first-hand in various workshops and seminars over the years.

Born in 1935 in Chatham, Kent, into a working-class family (his father was a construction worker), Ken was very much a child of the post-war Welfare State. He went to a grammar school and won a state scholarship to Cambridge University, where he joined the Cambridge Footlights and the Cambridge Union (to become President). It was at Cambridge that he laid the foundations for his subsequent career as a researcher, university teacher and political activist – in all of which he was an effective agent provocateur and non-conformist – while all the while retaining the distinctive Estuary English accent of which he seemed quite proud.

It is said of him that, after reading on Marx’s theory of surplus value, he realized that it described his father’s world and therefore his family life, and decided he was a Marxist. He was undoubtedly very much influenced – as were so many of his generation, and mine – by the ‘events’ of 1968, and was indeed a self-declared Marxist. He never was, however, a card-carrying member of any particular party or tendency. He also never registered for a PhD. He was an inveterate maverick yet managed to have a long and largely successful academic career.

He taught in Nigeria, England, the USA, Jamaica and in the Netherlands, from 1969 until early retirement in 1990. His colleagues at the Institute of Social Studies remember him as ‘a remarkable teacher. Many former students will remember his famous lectures. Entering the classroom, he could ask the students what was on the agenda, then lecture for 45 minutes without notes’. I personally recall his ability both to enliven and to illuminate a seminar discussion, without pontificating but with a somewhat scary ability to command a vast range of diverse and usually relevant examples and experiences, drawn from his own research and from the work of others, and to combine these with an innovative theoretical twist into an original analysis. The last debates in which I remember Ken participating were in the long series of conferences on Alternative Futures and Popular Protest organized over the years by Colin Barker at Manchester University. At one of these, both Ken Post and Dorothy Thompson spoke; it was a memorable occasion.

His academic published work includes the outcome of his research on Nigeria, for which he is probably best known. This first came to my attention when teaching West African anthropology at SOAS in the early 1970s, and re-visited in later years when I was writing on African popular movements and class struggle. When the Centre of West African Studies was established at the University of Birmingham in 1963, its first director, John Fage, attracted a series of academic stars to build and share expertise on Africa. Ken Post had gained his academic credentials by writing a study of the Nigerian federal election of 1959, which were the prelude to independence; and he was hired. In its detailed analysis of constituency politics, this book remains unrivalled. Ken went on to publish a more concise volume with Penguin in 1964, which he entitled The New States of West Africa.  This book sold many copies and attracted many doctoral and masters studies to Birmingham to work under Ken Post’s direction. He also published Structure and Conflict in Nigeria, 1960-1965 and The Price of Liberty: Personality and Politics in Colonial Nigeria.

After a stint at the University of the West Indies – and a period of what Peter Waterman describes (in his ‘Dedication to Ken Post’ shortly before his death) as ‘stormy academic-political adventures’ – he returned to England. It seems that, although he identified himself with the Left and with the social movement he wrote about, he was expelled from Jamaica for his alleged ties to a Rastafari-linked movement. This seems particularly strange as he was generally no more inclined to join a party or movement than to identify himself with any particular Marxist academic tendency.

Arise Ye Starvelings, his magisterial study of ‘the Jamaican Labour Rebellion of 1938 and its Aftermath’, which was one outcome of his engagement with the West Indies is, in my view, a pioneering piece of historical sociology presented with all the sophistication of E P Thompson’s The Making of the English Working Class, albeit on a smaller scale. It gave me an insight into how such studies might be undertaken and reported. It was inspiring, both as regards the subject matter itself and the extraordinary richness of the material collected together and deployed to produce a riveting tale of courage and endurance, as well as an analysis of a colonial ‘labour rebellion’.

Ken was at the ISS in The Hague for over 20 years (1969 – 1990). He was regarded as a remarkable and unique colleague, always willing to give his views and input but also sharp and extremely precise in his critique. He apparently often addressed his students, sometimes to their dismay, as ‘comrade’; but was always generous of his time, his experience and his sharp mind. He continued to teach and research on Africa, and particularly on radical movements as Professor of Political Science, until his retirement. He also supported Peter Waterman, his colleague and friend, in producing and distributing the inimitable Libertarian-Marxist Newsletter of International Labour Studies throughout the 1980s and into the 1990s.

Ken Post was the author of numerous treaties and published more than a dozen books, many on the subject of Marxism. His last five books were on Marxist theory and the history of the international Communist movement; indeed, his last major book was on Regaining Marxism, a basic re-thinking of Marxism in the light of the failure of Third World revolutions, and the collapse of Communist states. He also produced a massive oeuvre on Revolution, Socialism and Nationalism in Vietnam (in five volumes). He was a critical proponent of Marxist economic theory; and proposed a reshaping of Marxist ideology in order to move beyond capitalism without reverting to a Utopian notion of communism.

His interests were, however, not only theoretical; he also wrote about workers and peasants, labour movements and political movements, as a historian as much as a sociologist, an economist or even a political economist. In addition to the trips he made for his research and teaching, Ken went on missions of various kinds to many countries throughout the world: Algeria, Zambia, Belgium, Finland, Sweden, Yugoslavia, Turkey, Burma, Cambodia (where he was one of the first westerners to visit after Pol Pot was driven out), North Korea (where he discussed Marxist theory for six weeks), Thailand, Ecuador, Guyana, Panama and Venezuela.

Last, but not least, he loved to read – and even write – science fiction. In retirement, he published one novel and worked on several others, including an ‘alternative history’ of Europe in which industrial capitalism never developed, leaving China (still ruled by emperors) as the leading world power. As Ken left his friends and colleagues – and his ‘alternative history’ -behind, the People’s Republic of China was beginning to develop its Belt and Road Initiative, a vast infrastructural programme to transform transport (by land and sea) and so economic and political relations between Asia and Europe. The world will not be the same.

David Seddon (criticalfaculty1@hotmail.co.uk) is a researcher and political activist who has written extensively on social movements, class struggles and political transitions across the developing world.