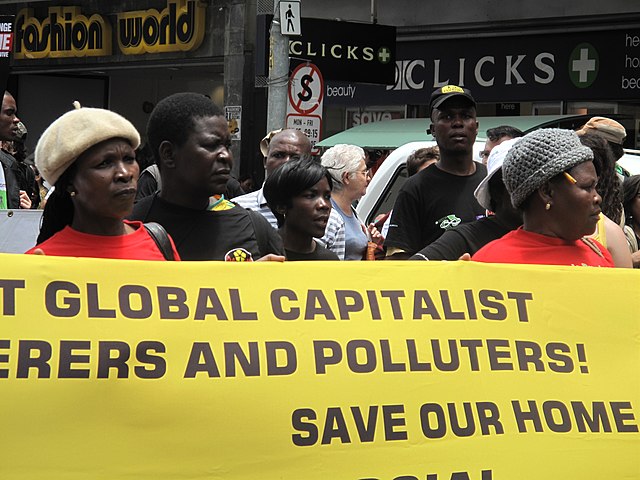 ROAPE is excited to announce a call for contributions for a special journal issue on the climate crisis and its disproportionate impact on the African continent. In this special issue, titled ‘The climate emergency in Africa: crisis, solutions and resistance’, we aim to underscore the urgency of current conditions, the roots of the crisis, and debates over solutions, highlighting the resistance of those struggling for climate justice.

Despite the outpouring of narratives about the climate crisis in Africa, there is still a gap in attempts to synthesise the dynamics as seen in and from the continent, to generalise and develop a wider understanding of the crisis globally, and to centre the analyses of those most engaged in this work. ROAPE aims to offer a unique contribution through this project by locating analyses and reports in a political economy framework, and by bringing together researchers and activists grounded in a radical approach of resistance and system change.

Our hope is that this special issue will embrace the complex interplay of the continent’s shifting patterns of capital accumulation, imperialist expansion, and competition in relation to the climate emergency. The global consequences of the climate breakdown are expressed in the profound and ongoing environmental emergency on the continent and embedded in specific class relationships and inter-imperialist competition. Ideally the special issue will grapple with these issues, highlighting the transformation of the continent’s political economy as it becomes profoundly intertwined with the environmental crisis, and the contradictions and opportunities for political mobilisation and organisation.

Manifestations of the depths of the crisis in Africa are stark: from the disappearance of Lake Chad to the flooding in Durban, drought conditions in East Africa and the cyclones of Mozambique. This special issue seeks to understandwhy Africa is the most vulnerable continent to climate change, despite being a low contributor to the causes of it. This assertion is commonly recognised but requires a thorough unpacking: how do we account for this development from a historical and political economy perspective?

How can we understand climate ‘solutions’ from the perspective of conditions on the continent? The November 2022 UN Climate Change Conference (COP27) in Sharm Al Sheikh, Egypt, is an ideal conjuncture to take up dimensions of the crisis and elite responses. Africa is the site of rich renewable energy resources as well as a ‘deep bench’ of knowledge from an agroecological perspective, and a long history of struggle against extraction, pollution and land displacement, all of which have fed the current crisis.

The existential nature of the climate emergency compels a thorough engagement that may bring ruptures and disagreements into focus, but that overall can be generative in charting a path towards genuine solutions and a just and revolutionary transition.

A single special issue is not adequate to this large task: we envision the project as a jumping-off point for ongoing and future work. 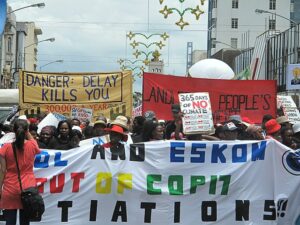 The following are some themes we are eager to explore. We encourage discussion on other related topics. We invite proposals for full-length articles as well as shorter blogposts.

We welcome proposals to contribute to this special issue, with an anticipated print date of September 2023. Contributions can include articles, briefings, debates and reviews for the print journal and also blog reports for Roape.net.

Your proposal will then be sent to the special issue editors, Lee Wengraf and Janet Bujra. As well as the subject matter and approach you plan to take, they will be looking for:

Subject to acceptability of the proposed contribution, the editors will then spell out the process and timelines. Brief queries to the editors about the special issue can also be sent via production.editor@roape.net.

We look forward to your proposals!