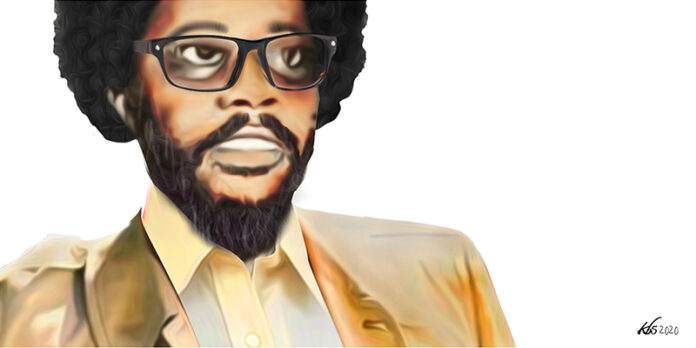 This year is the 80th anniversary of the birth of the Guyanese revolutionary Walter Rodney, and fifty years since he published the ground-breaking How Europe Underdeveloped Africa. We are serialising ROAPE’s Chinedu Chukwudinma’s study of Rodney’s life A Rebel’s Guide to Walter Rodney – due to be published on 23 March (Rodney’s birthday).

Over nine weeks we will be publishing Chukwudinma’s full study, from Rodney’s early years in Georgetown, to Jamaica, the UK, Tanzania and back to Guyana. His life encompassed the great movements of the time, and he was a leading activist and thinker of this tumultuous period.

Aware of the inherently destructive capacities of capitalism, its incessant drive to war and conquest, and the relentless decimation of the natural environment, Rodney realised that the most important task for humanity was the revolutionary transformation of the present.

In the first part of Chukwudinma’s study of Walter Rodney, he explains that Rodney was a Marxist of impressive originality and in his last years of his life, his ideas and practice developed as he moved closer to Marxism. Chukwudinma also looks at Rodney’s early life in Guyana before he moved to Jamaica to continue his studies.

Walter Rodney was almost the same age as Malcolm X and Martin Luther King Jr when he was assassinated on 13 June 1980 in Guyana at the age of 38. Throughout his short life, he waged a relentless battle against the horrors of capitalism, for which he should be revered as one of the great black leaders of the last century.

Rodney is best known for his famous book How Europe Underdeveloped Africa which he wrote in Tanzania in 1972. Yet, his incredible journey and contributions to the struggle of the oppressed are largely unknown beyond Pan-African activist and academic circles. If some remember him as an influential Black Power advocate in Jamaica, few know about the time he spent in Africa. Fewer still remember the revolutionary struggle he led before his death in Guyana.

This short introduction is an overview of Rodney’s life, activism and political thought, which aims to preserve and promote his legacy. Rodney’s family and the Walter Rodney Foundation have already done important work in this respect. In recent years, they have republished Rodney’s Groundings with My Brothers, How Europe Underdeveloped Africa and released his manuscript on the Russian Revolution. However, most biographies on Rodney are currently out of print. Readers unable to access academic libraries often cannot obtain Rupert Lewis’s Walter Rodney’s Intellectual and Political Thought. This book intends to encourage young black people to read about Rodney and fight for the ideas he stood for.

Scholars have attached various labels to Rodney’s ideas and political identity. They have described him as a Pan-Africanist, a Black Nationalist or an anti-imperialist. Meanwhile, his most ardent supporters identify as ‘Rodneyites’. Although there is some truth to all these descriptions, they fail to highlight that the mature Rodney aspired above all to be a Marxist. This point must be stressed, in particular, against those who want to claim Rodney for the ‘Black Radical’ tradition, along with CLR James, WEB DuBois and Richard Right. [1] The advocates of that tradition misconstrue Marxism as European in its outlook, and therefore incompatible with black liberation— Rodney never believed that. They suppose that black revolutionaries must outgrow Marxism to grasp the plight of black people against imperialism.[2]Rodney’s journey demonstrates the opposite: the more he developed his ideas, the greater he relied on Marxism to understand racism and organise for black liberation.

Yet Rodney’s Marxist writing, speeches and activism extend beyond black liberation to outline key lessons for revolutionaries today. They teach us about the role of the working class as the gravedigger of capitalism. They also reflect on the debate about socialism from above versus socialism from below, and the role of radical intellectuals. Finally, they explain the Marxist view on race and class. Rodney does not have the final word on any of these topics. He died before he reached his full potential. But Rodney left behind a monumental body of work that strengthens our struggle against capitalism.

On 23 March 1942, during the Second World War, Pauline Rodney gave birth to her second son, Walter, in Georgetown, in what was then British Guyana. The 1939-1945 war, which ravaged Europe and weakened the British Empire, gave the colonised peoples of Africa, Asia and the Caribbean hope of winning their freedom. They organised mass movements against their colonial rulers through clubs, associations and political parties. In British Guyana, Pauline and her husband Edward joined the leading organisation of the nationalist movement, the People’s Progressive Party (PPP), in the 1950s. She worked as a housewife and seamstress while he was an independent tailor who, in difficult times, sought work in large establishments. They were attracted to the PPP’s anti-colonial rhetoric that promised a new society, where Guyanese workers would be wealthier and free. The Rodneys sent their elder children to distribute the PPP manifesto around the neighbourhood. Walter Rodney learnt at 11 years of age that those who owned wealthy houses often despised the PPP. He also realised that he wasn’t welcome in their yards— once had to run from a dog that someone let loose on him. Rodney would remember these leafleting sessions as his introduction to the class struggle.[3]

Reminiscing upon his childhood in 1975, Rodney said he grew into Marxism with ease “because the PPP was the only mass party… and its leadership explicitly said, ‘we are socialist’”.[4] He further praised the PPP for uniting Guyanese of African and Indian descent against the British. Such racial alliances were rare, given the British had historically divided both communities to better rule over them. Rodney’s nostalgic recollection of the PPP’s heyday echoed the overwhelming support Guyanese people gave the party in the 1950s. In 1953, the PPP won 75 per cent of seats in the House Assembly elections and its leader, the Pro-Soviet Indian dentist Cheddi Jagan, became Prime Minister. But the PPP’s rule only lasted 133 days, as the Cold War between the United States and the Soviet Union interfered in Guyanese politics. Under pressure from the US, Britain sent troops to its colony to remove the PPP and allegedly stop the spread of ‘communism’.

Despite its short rule, the PPP managed to increase the number of educational scholarships available to young people. It wanted to prepare Guyana for independence by broadening the number of educated Guyanese. Rodney, who excelled at school, belonged to the only generation that benefited from the PPP’s reform—he earned a scholarship to attend Queen’s College, the most prestigious high school in the country. Most of his five siblings were not offered the same opportunities and dropped out of school when their parents could no longer afford tuition fees. In 1960, Rodney won another scholarship to study history at the University of the West Indies (UWI) in Kingston, Jamaica.[5]

Rodney attended the UWI in the years leading to Jamaican independence from Britain in 1962. He witnessed the university embark on what he called a “nationalist pilgrimage”, which broke ties with its colonial past. The Department of History stood at the forefront of this nationalist awakening. It was no longer exclusively preoccupied with teaching its students about European history and civilisation as it had done under colonialism. It now introduced classes on African history and the slave trade to help them better understand the factors that shaped Caribbean Identity. It established Eric Williams’ book Capitalism and Slavery and CLR James’ The Black Jacobins as core readings on the curriculum. Few academics discussed these writings as examples of Marxist literature—instead, they served to arouse nationalist consciousness. West Indians students felt emotional when reading these books. Williams’ writing revealed to them how the enslavement of their ancestors set in motion Western industrial development, while James’ story of the Haitian Revolution of 1791 to 1804 gave them hope. They learnt that black people could resist their masters and win. These books encouraged Rodney to write an article on the cruelty of slavery entitled the Negro Slave and spend time in the campus library reading on pre-colonial African history.[6]

Rodney’s professors and peers adored him. He was a smart and friendly student. He captained the UWI debating team in his first year and made his reputation as a sharp mind and bold speaker. Rodney carried his speaking ability into student campaigns for the West Indies Federation—an unsuccessful regional project that aimed to merge former British colonies into a single independent state. But Rodney’s enthusiasm for the UWI’s nationalist pilgrimage faded. Even his most progressive nationalist teachers were complete philistines when it came to questions of class and socialism. The students were no better. Rodney lost his second presidential election to the West Indian Students’ Union to a conservative candidate. His opponents accused him of being a dictator because he had travelled to Cuba. That criticism, however, did not discourage Rodney’s fascination with Cuba. He had travelled to the island in 1960, a year after the victorious revolution, in which Fidel Castro and Che Guevara led a guerrilla war against the pro-American dictatorship. Fifteen years later, Rodney still remembered the pride and sense of freedom that the revolution gave the Cuban people. “The Cubans”, he said, “were running and jumping, really living the revolution in a way that was completely outside of anything that one could read anywhere”.[7]

His journey to Moscow in his senior year also made a good impression on him. For the first time, he saw workers and peasants partaking in activities, such as aeroplane travel or ballet recitals that were reserved for the elite in Western countries. Rodney returned from his travels with literature. He took a keen interest in Lenin and wrote a paper on his leadership of the Russian Revolution of October 1917. Lenin’s life experience showed Rodney that it was possible to be both a revolutionary organiser and an intellectual, unlike what his professors had told him.[8] He now aspired to dedicate his radical intellect to strengthen the movements of the oppressed in the Global South. Rodney, however, would take his first major steps to become a Marxist thinker not in Jamaica but in London.

Next week Chukwudinma looks at the formation of Walter Rodney’s Marxism while a PhD student in London in the early 1960s.

Chinedu Chukwudinma is a socialist activist and writer based in London. He writes on African politics, popular struggles and the history of working-class resistance on the continent and is a member of ROAPE’s editorial board. Chukwudinma is researching the life and work of Walter Rodney at the University of Oxford.

Chinedu Chukwudinma’s A Rebel’s Guide to Walter Rodney is due to be published next week (Bookmarks Publications, 2022)

Featured Photograph: Leo Zeilig ‘Walter was way ahead of his time‘ The Elephant (19 June 2020).