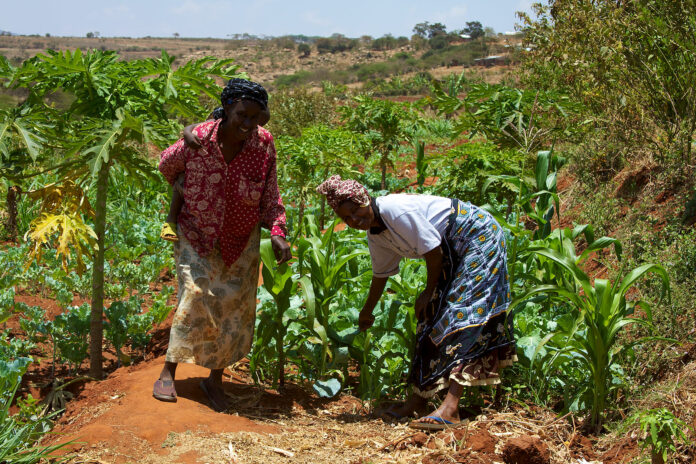 Ambreena Manji writes how Kenya still faces intractable land problems, including unequal concentration of land in the hands of the wealthy, land grabbing, landlessness, and unresolved historical land injustices. Manji calls for an acknowledgement of Kenya’s roots deep in regimes of land ownership facilitated first by a settler political economy but maintained in new forms today.

In 2010, Kenya’s new Constitution promised that ‘Historical Land Injustices’ would be investigated by a new body, the National Land Commission. Legislation passed in 2012 gave effect to this promise. The date for submission of claims has just passed (in September 2021) and this is a good time to reflect on our understanding of historical land injustices.

In their chapter on land in a milestone text entitled Public Law and Political Change in Kenya published in 1970, Yash Ghai and Patrick McAuslan wrote that ‘No part of the law of Kenya has raised stronger emotions over the years than the law relating to land and its administration, and none is of more importance at present.’ Over 10 years since the inauguration of the 2010 Constitution, we are faced with seemingly intractable land problems, including inequitable concentration of land in the hands of the wealthy, a propensity for land grabbing, landlessness, and unresolved historical land injustices.

Over the years, official accounts of the land mischiefs committed by the state, politicians and the elite have been made available in a series of official reports. That land reform was an important demand in the process of constitutional reform – and that it is a key idea in Kenyan history – is beyond doubt. Nonetheless, land reform can mean many things. But land reform has come to be reduced to land law reform. This has excluded critical debates: it has foreclosed discussions of redistributive politics. In fact, Kenya’s gini co-efficient on land has worsened since the inauguration of the 2010 Constitution. It is impossible to understand why without acknowledging the economy’s roots deep in regimes of land ownership that were facilitated first by a settler political economy and then, post-independence, by an elite that reserved for itself access to and ownership of land on a massive scale.

Land wrongs in Kenya do not fit the neat temporal categories of law and policy constructed around terms such as ‘historical land injustice’. The proceeds of land wrongs circulate and recirculate in the economy. Current land injustices shape the country’s political economy. The colonisation of Kenya centred on the redistribution of land from Africans to Europeans, the banning of Africans from owning the most fertile and productive land, and the disbarment of Africans from growing cash crops that might compete with colonial agriculture. Efforts to address the resulting skewed ownership and control of land that was a legacy of colonialism were necessarily a part of the political settlement entailed by decolonisation. It was tied up with ending colonial subjugation, asserting rights to territorial space and, importantly, demanding recognition of the existence and rights of citizens. Kenya’s leaders who emerged out of land reform in this period would cooperate in the preservation of European interests and could be relied upon to check any more militant demands. As Karuti Kanyinga has rightly pointed out, this period saw the defeat of a radical movement by an emerging liberal elite which consolidated its power through controlling both land and the dominant ideologies of land.

Taking racial form in the colonial period, after independence an African elite did not carry out a radical break with this model of land relations. We need to understand, from a political and sociological and not just a legal point of view, how the nature of the colonial state which Yash Ghai has described as being ‘without a trace of constitutionalism’ is linked to the subsequent ‘predatory nature of its descendant, the independent state’.

For those interested in conservatism in other domains, including in personal law, the wider connections are important. Robert H. Bates has convincingly shown in his study of rural transformation in the ‘White Highlands’ and the ‘native reserves’ that political struggles over land rights were also family struggles over kinship. A conservative bent about property rights (and by extension about family, sexuality, and reproductive rights), was built into the new order as it was under construction.

There is scarcely a region of Kenya that has not suffered from historical land injustice, whether by displacement to make way for European settlers or to create game reserves, through evictions for mining concessions or from forests, because of unjust allocations under settlement schemes, or by displacement as a result of politically motivated clashes or irregular and illegal land allocation processes. Although the historical, social, and psychological impacts of these dispossessions cannot be captured by any one description or term, the label ‘historical land injustices’ has come to be used as something of a shorthand for a range of land wrongs. The term has entered policy and legal arenas whilst also having multiple meanings in the everyday language and the daily politics of those struggling over land.

But we must recognise how deeply the present-day economy is rooted in the racial exclusivity of the colonial period which was continued after the end of the colonial period. Dispossession continued when racial exclusivity in access to land was transformed into what Issa Shivji has described as an ethnicized land question. Kenya’s land question cannot be understood apart from its status as a settler economy in which the hegemony exercised by the colonial state underpinned dispossession of land on a massive scale. When the ‘enclave(s) of super-exploitation and racial privilege’ thus created were Kenyanised so that land ownership was no longer racialised, the fundamental relations of production and accumulation did not change.

Taking seriously the continuities between the colonial past and the recolonising practices of the present enables us to connect historical and present land injustices. Intricately connected, the land injustices of the past enable and deepen those of the present, structuring the economy, determining who owns what, and deeply affecting class formation. Although a neat temporal break is inscribed in law and policy by the distinction between past and present land wrongs, this is conceptually inaccurate. If we are to think meaningfully about Kenya’s ‘settler colonial present’ we need to keep in mind the structures of dispossession created by and since colonialism. Forced taking and violent dispossession is not incidental to the economy but is fundamental to it.

We can draw parallels here with the legal framework for land restitution in South Africa which similarly failed to grasp the psychological and social harms done by apartheid but, as Theunis Roux has argued, framed land wrongs as unjust seizures that could be reversed. It viewed apartheid as a legal scheme, and which therefore assumed it could simply be ‘unlegislated’. However, to claim historical land injustices have been committed is also to claim that spiritual harms have been caused by dispossession that cannot easily be reversed. Finding a language for these harms when before the law courts has been a major challenge. For example, when making such claims, indigenous peoples such as the Ogiek, Sengwer or Endorois have met with scepticism and suspicion.

Calls by indigenous groups for recognition can also inherently be calls for a different way of distributing resources and power within the state. Failed by the post-independence state first by being deprived of access to their most vital means of production (such as grazing cattle) and reproduction (for example, religious and cultural rites), and then by a failure of the courts to recognise their legal claims, indigenous people illustrate the ongoing struggle against land injustice.

This blog follows the British Institute in East Africa (BIEA) annual lecture ‘Dispossession is Nine Tenths of the Law’ delivered by Ambreena Manji on 3 November 2021. The lecture is available to watch here.

Ambreena Manji is Professor of Land Law and Development at Cardiff School of Law and Politics. She is the author of The struggle for land and justice in Kenya (James Currey/ Brewer & Boydell 2020).

More than a moment – The achievements of Black Lives Matter

More than a moment – The achievements of Black Lives Matter