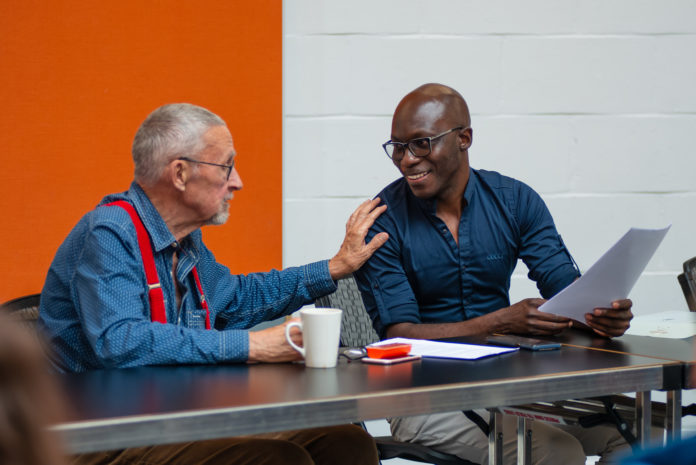 Writing about his research and politics, ROAPE’s Chanda Mfula discusses the political economy of the media in Africa. Mfula argues that from colonialism to postcolonialism and throughout the post-cold war era, and into the 21st Century, media in Africa has remained at the service of the propagandistic and capitalistic needs of local and global elites.

The journey (rephrase to ‘the struggle’) which got me to the Review of African Political Economy (ROAPE) Editorial Working Group begins with my involvement with the media in Zambia, and my (initial) naïve view of media as channels which were playing an indisputable (and respectable) role in the democratic process in the country, in Africa, and in the world. I loved to simplify this role (and often still do) as ‘informing citizens’ participation and choices in democracy and in democratic processes and activities such as elections, protests, and debates. Fast forward to end of 2019 when I had left behind a career in media, media freedom activism, and political communication and was in the middle of analysing data I had collected for my doctoral research, my view of the media was now that they were less a channel for facilitating democracy and more a site for the struggle for democracy and the rights of the people.

I was feeling radical and thinking about a revolution, a reawakening of some sort, an inspiration to get the working people, the peasants, the grassroots to realise that the media which were sold to them as platforms of empowerment had, in fact, throughout history been used to disempower them. I wanted people to get involved in the struggle for a media system they had been denied by a complex mix of the political nature of economics and the economic nature of politics, among things within the political economy of media.

The media and the politics within which they exist, have long been means of domination of the people by both local and global elites. Between reading and trying to apply Edward Herman and Noam Chomsky’s propaganda model to the African media context and reflecting on Graham Murdock and Peter Golding’s very apposite assertion that critical political economy of communication and media strives ‘to engage with basic moral questions of justice, equity and the public good’, I came across a call from ROAPE and immediately thought this was probably the ‘home’ I needed for me to develop my fledgling critical ideas.

Today, I have been on the ROAPE Editorial Working Group since January 2020, grateful to the comrades there for allowing me to stay on (or giving me enough ROAPE) despite a very quiet existence understudying them and learning from the diversity and richness of their intellectual insights amid my very busy doctoral research journey. This research journey, gratefully again, has benefitted immensely from my association with ROAPE, especially the critical, emancipatory ideas one engages with through a variety interactions, whether by reading the journals, attending the meetings or debating the various topics through ROAPE forums.

I am more certain than I was at the beginning that ROAPE is the platform to continue developing my political ideas and to inform my contribution to the struggle for a media which serve the people and not the powers that be. If the media is a site for the struggle and I am researching media, then my research, as I have long realised, is not just sheer scholarly curiosity or mere academic inquiry, but a struggle. It is a way to fight for justice and to imbue knowledge and understanding into political action and activism. Through radical emancipatory ideas, ROAPE provides the intellectual resources needed to wage a sophisticated struggle which can outmatch the sophistication and tyranny of capital and political oppression.

But what I have written so far will be just rhetoric, or mere waffle, if I didn’t explain what my research interests are and how they fit within the remit of ROAPE. It takes me back to the beginning and my political awaking to the cruel dichotomy between the ideal and the real role of the media. I am interested in exploring the political economy of the media and communications and this probably suffices as grounds for my association with ROAPE, but I will go further. I take the view that the media in its current forms exist within global and local political and economic structures which constrain them as means for informing citizens’ democratic participation and as forums for democratic debates.

I embrace both the instrumentalist and structuralist views of the media as they exist today. On one hand, the media is an instrument in the hands of political elites and capital, and are manipulated to enable these elites attain, retain, and maintain their political or economic power (and usually both). On the other hand, the media is a product of the ordering influence of capitalist economic structures which prioritise consumption ahead of citizenship and in which profit always wins over democracy (disclaimer: I am aware of the many alternative media forms which are emancipatory and try to resist the lure of capital and power). All this falls within the broader radical and emancipatory concerns of the Left and of ROAPE in so far as they relate to Africa and its positioning in the global context.

Granted, the above concerns are not new and have been a subject of active research across the world including in Africa. What has often been in short supply – and at times completely missing – are researchers who position and reorient such research, particularly in relation to Africa, as a struggle against oppression and as a way to contribute towards change and to give the media some relevance in relation to the issues and concerns of everyday people. Critical media research should carry the aura of a freedom struggle. And this is what I think ROAPE enables me to do. 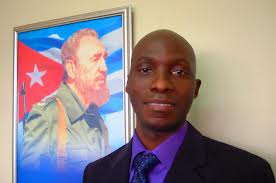 From colonialism to postcolonialism and throughout the post-cold war era, and into the 21st Century, media in Africa have remained at the service of the propagandistic and capitalistic needs of local and global elites. Classically, while local political elites have been excluded the truth from being included in the news, preferring to sell propaganda for obvious reasons, the global elites have relentlessly unleashed cultural imperialism by worming their ideology into the local media scene through a supply of ‘free’ content and through satellite channels, all to sustain their domination over the African mind.

When it is time to tell the African story to the world, global media sell the same old story of a diseased, impoverished, or authoritarian African, perpetuating an image which is neither the complete truth nor the way out for Africa’s struggle against enduring oppression. This story is ingrained in the capitalist logic of what sells. In the media production ethos, the mantra is to stick to the familiar and previously successful formulae rather than risk innovation against profits. The story of the backward African continues to sell and there is no way to tell the alternative story since big media will not expose the big lie and risk their profits. In this context, ROAPE provides a platform to start thinking about new ideas and ways to fight against these, mostly classic, tyrannies of capital.

These tyrannies have expanded since the advent of social media in the 21st Century. They are not different from those which ROAPE has fought against since 1974. Social media have been immaculately dressed and perfectly masked as emancipatory platforms where citizens or, in Dan Gillmor’s words, ‘the former audience’, find active expression as producers of relevant and engaged journalism, having been let down by the political elite’s stranglehold on mainstream journalism and denuding it of its democratic functioning.

People are said to be ‘speaking truth to power’ more now than ever before, thanks to Facebook, Twitter, WhatsApp, and so forth. When the mask is taken off, however, we begin to see the whole truth about social media. While in many cases these digital platforms allow people to to be heard and to be the journalists informing their own democratic engagements, it is also true that very little, if any, of that discursive activity in the social media public sphere(s) in Zambia, for instance, has impacted public policy or political change. On social media, the status quo is what Nancy Fraser would describe as ‘weak publics’ which ‘denudes “public opinion” of practical force.’

Contrary to the democratic illusions, when people ‘speak truth to power’, powerholders take this truth and use it, not to inform policy to serve the citizens better, but to inform propaganda strategies to dominate the population more effectively and, sometimes, to arrest people and make tougher laws to enfeeble their voices. At a global level, we all know how rich Mark Zuckerberg is, thanks to the content we all produce with our free labour to keep Facebook going. This content informs social media companies about who we, the people producing the content, are and what goods and services we are happy to consume, and how best information about these goods and services can be thrown our way as we scroll down our timelines to check the next status update. Thus, surveillance has become important in serving both the capitalist aims of social media companies and the political needs of powerholders. Once again, with social media companies, as with other media, we are consumers first before we are citizens. Democracy, if it ever happens, is merely a by-product of the capitalist goals of social media. Gladly, these serious concerns find a platform at ROAPE.

Chanda Mfula researches the media and communications with an interest in the interaction between digital, social media, journalism and politics. Mfula was a political and media freedom activist in Zambia before moving to the UK for his research. He is completing his PhD at the University of Sussex.

Featured Photograph: Chanda Mfula with the Zambian politician Dr Guy Scott at an event at the University of Sussex in 2019.