Action for Southern Africa’s report, The Money Drain: How Trade Misinvoicing and Unjust Debt Undermine Economic and Social Rights in Southern Africa, was recently launched at the Southern African Development Community People’s Summit in Dar es Salaam. For roape.net, the report’s author, Sunit Bagree, outlines some of the actions that the UK government must take in order to end these damaging financial outflows.

Twenty-five years after the end of apartheid, Southern Africa, i.e. the 16 member states that make up the Southern African Development Community (SADC), is almost free from foreign political domination. ‘Almost’ because of the UK’s continued illegal control over the Chagos Islands, which are rightfully part of Mauritius.

But is Southern Africa free from economic subjugation? Many progressive scholars and activists contend that Africa remains subject to a neo-colonial international economic order. Just last month on the ROAPE blog, Angus Elsby argued ‘given that many African countries still tend to rely heavily on their natural resource exports for domestic employment, foreign exchange earnings and tax revenues, the concentration of commodity export profits in Europe is a major cause for concern’.

By shining a light on the massive financial outflows from the SADC region, a new report by Action for Southern Africa (ACTSA) adds further weight to such arguments. It finds that Southern African countries lose at least US$8.8 billion in trade-related illicit outflows, and at least US$21.1 billion in external government debt payments, per year. It puts these sums in the context of the dismal state of economic and social rights in the region. 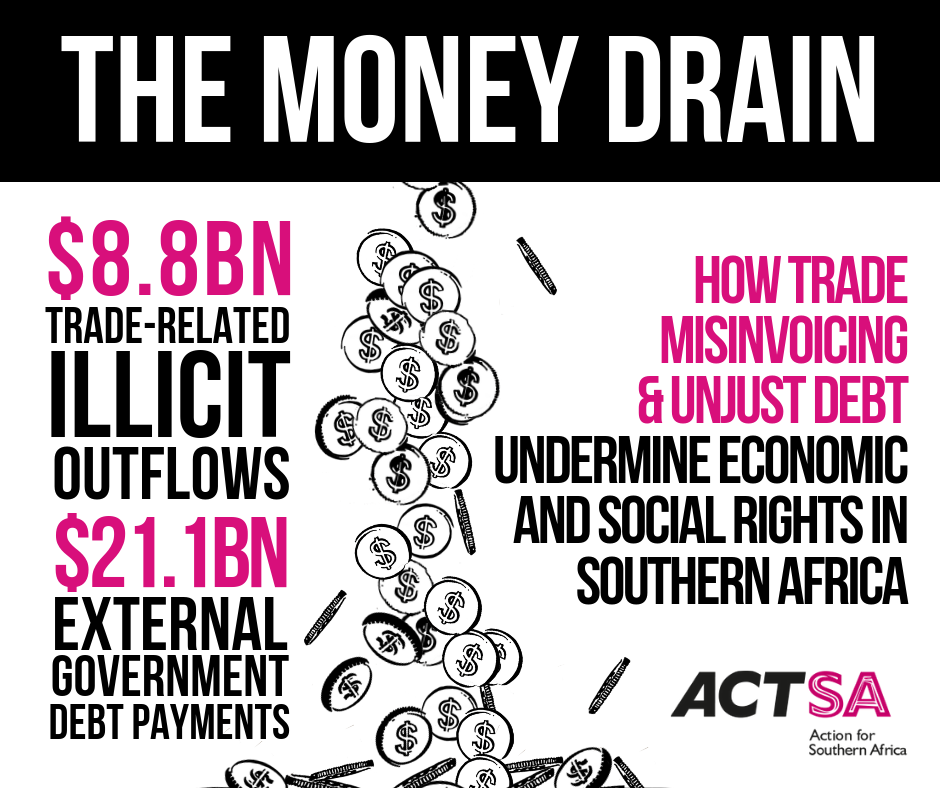 For many in Southern Africa, enjoyment of economic and social rights remains a distant dream. For example, 5.4 million people are undernourished, more than in 2005. This has terrible impacts on health, as does the fact that more than 40% of the population in 12 countries do not have access to basic sanitation services. Meanwhile, 3.5 million children of primary age are out-of-school in the Democratic Republic of Congo alone. These children will struggle to get decent jobs, especially considering the fact that the regional youth unemployment rate of 31% is higher now than it was in the late 1990s.

SADC governments can certainly do far more to realise the economic and social rights of their citizens. Yet a key factor behind the lack of economic and social rights fulfilment in Southern Africa is the paucity of resources at the disposal of the region’s governments. This is why the financial outflows are so important. And this is where rich countries, not least the UK, are neglecting their moral and legal (under international human rights law) responsibilities.

Trade-related illicit flows are generated through trade misinvoicing – the deliberate falsification of the value, volume, and/or type of commodity in an international commercial transaction of goods or services by at least one party to the transaction. After making a false declaration on an invoice submitted to customs, criminals can use intermediaries in secrecy jurisdictions to capture and divert illicit profits to tax havens. If this trade were conducted legally, however, then it could be taxed by governments, and the revenues spent on pro-poor economic and social programmes.

The UK in effect controls a major network of secrecy jurisdictions and tax havens, notably the three Crown Dependencies and the 14 Overseas Territories. The UK government must crack down on these secrecy jurisdictions and tax havens, including by: creating public registries of all beneficial and direct owners of companies and trusts; developing a system of automatic exchange of financial information that works for poorer countries; and making public country-by-country reporting mandatory for all multinational corporations.

ACTSA’s analysis of Southern Africa’s soaring external public debt concludes that this debt is riddled with injustices. The case of Zimbabwe, which originally defaulted on its debt in 2000 and is in long-term debt default, provides an insight into the nature of these injustices. Some of Zimbabwe’s external public debt is illegal, some is odious and some is illegitimate.

British private loans to Zimbabwe in the 1970s that were used to buy weapons, in violation of UN sanctions, represent an example of illegal debt. The £15 million of UK government backed loans for the Zimbabwean police to buy British-made Land Rovers in 1998 represent an example of odious debt; this is because the UK was aware that the vehicles would be used to oppress Zimbabwean civil society activists and opposition politicians. As for illegitimate debt, a proportion of foreign loans to the country fall into this category, as the amount and/or terms of certain loans severely hinder the ability of the Government of Zimbabwe to realise human rights, including economic and social rights. 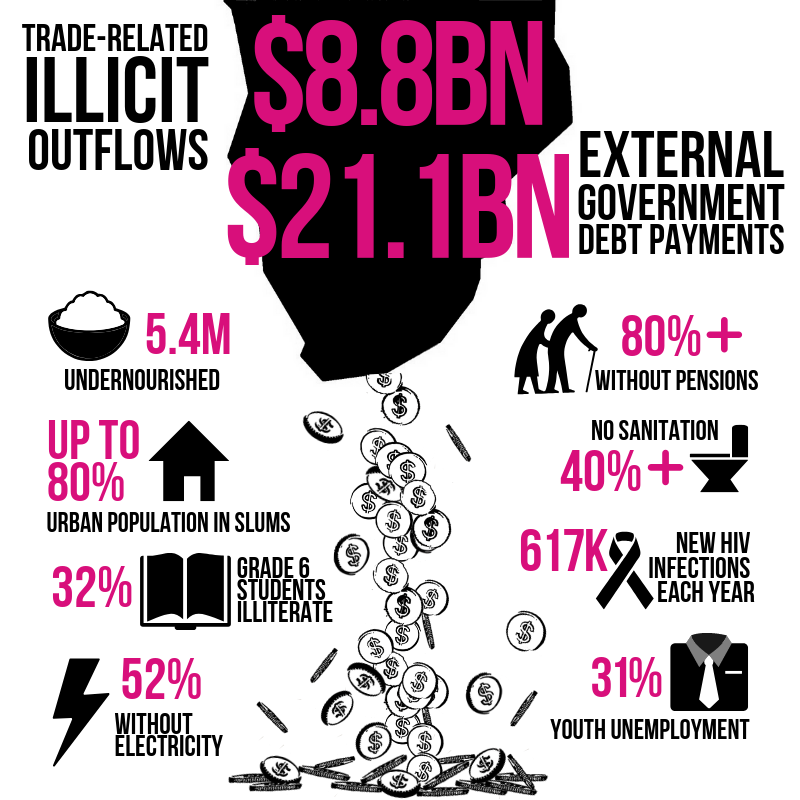 Moreover, debt justice requires rich countries such as the UK to acknowledge and pay the climate debts that they owe to Zimbabwe (and other SADC countries). An urgent reminder of this came in the shape of Cyclone Idai in March, which killed 344 and affected approximately 270,000 people in Zimbabwe alone.

Of course, none of this excuses the disregard for human rights, democratic politics and the rule of law on the part of Zimbabwe’s leaders (something that the UK has until very recently refused to confront when it comes to the current Zimbabwean President). Yet doing nothing and thus layering failure upon failure makes no sense.

Instead, debt justice in Zimbabwe (and in other SADC countries) would mean that rich countries cancel illegal, odious and illegitimate debts, as well as pay their climate debts, but only in a way that ensures that citizens truly benefit. In countries that lack democratic oversight, such as Zimbabwe, this could be achieved by creating a fund managed by the United Nations – not the World Bank or International Monetary Fund due to their lack of impartiality and fetish for neoliberal economic policy conditions – to manage cancelled debts and compensation for climate debts.

The UK should also support comprehensive public debt audits in Zimbabwe and in all other SADC countries. This drive for greater transparency in Southern Africa must be matched by greater transparency in the UK. As 90% of publicly traded loans to African governments are given using UK law, there is an urgent need for all loans to foreign governments to be recorded in a comprehensive and publicly accessible registry. Without reliable information we cannot halt Southern Africa’s money drain.

Sunit Bagree is Senior Campaigns Officer at Action for Southern Africa (ACTSA), the successor organisation to the Anti-Apartheid Movement.