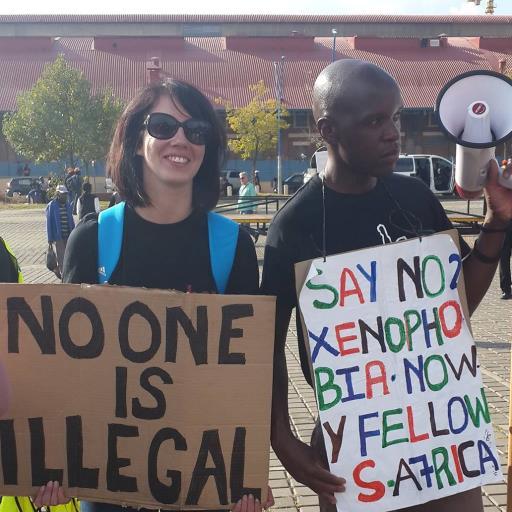 On 30 June to 1 July the Human Sciences Research Council (HSRC) and the University of Johannesburg held a two day seminar in Pretoria examining community protests in South Africa and comparatively between Egypt, Turkey and the Ukraine. The seminar was attended by scholars, students, officials from local municipalities as well as high-ranking South African Police Service (SAPS) officers and the Deputy Minister for Cooperative Governance and Traditional Affairs, Andries Nel. Information and presentations of the two day proceedings can be found on the HSRC website. This blog post shares some of the key findings from the ‘Rebellion of the Poor’ project based at the South African Research Chair in Social Change, University of Johannesburg led by Peter Alexander, Trevor Ngwane and myself. It then goes on to situate this analysis within the current political context to understand the connections between protest in South Africa and elsewhere in the world. Finally, this post considers the prospects for a new progressive social movement to emerge.

In 2010 Peter Alexander published the article ‘South Africa’s Rebellion of the Poor – a preliminary analysis’ (log-in or register here to read the article). This article was a first attempt at trying to understand and grapple with the wave of community protests that had been growing since 2004. At the time, Alexander described the protests as ‘widespread and intense, reaching insurrectionary proportions in some cases’ and directed towards ‘uncaring, self-serving, and corrupt leaders of municipalities’ about issues of service delivery. This article has now been viewed over 3,700 times and cited in 269 academic papers, setting the tone for debate and analysis of the ‘rebellion’.

Since the publication of this article, a research team based at the South African Research Chair in Social Change, University of Johannesburg, have been working to develop the analysis of community protests in South Africa further. This has involved both quantitative and qualitative research methodologies, compiling the largest community protest event database in the country, containing over 2,500 media-reported protests from 2004 onwards, and undertaking over 300 interviews with protesters and non-protesters across the country.

In addition to this, through the use of the Promotion of Access to Information Act (PAIA) the research team, with assistance from the South African History Archive (SAHA),  gained access to 156,230 records of crowd management incidents recorded in the Incident Registration and Information System (IRIS) maintained by the Public Order Police.

This was a significant breakthrough in our research as IRIS data has been commonly used by academics, politicians and the media alike as a proxy for the numbers of protests. Through close analysis of the data we were able to provide clarity on what IRIS data is, and is not, as well as using this data to estimate numbers of protests.

Our first research report, demonstrated that crowd management incidents are not protests, although protests may be incidents, and that the categories of ‘peaceful’ and ‘unrest’ used to classify incidents did not refer to incidents of violence but the presence or absence of police intervention. Where the category unrest (on average only 10% of incidents a year) means police intervened in some way in an incident, whether that be making an arrest, pushing back or the use of tear gas, for example. Furthermore, we were able to demonstrate how IRIS data has been publicly misrepresented by a number of government officials, including the Minister of Police, and by a Lt. General in SAPS as part of a motivation for a R3.3 billion additional expenditure on Public Order Policing. Co-author of the first report, Boituemlo Maruping, summarises our arguments in this article.

Having clarified the purpose of IRIS and the nature of the incidents recorded therein it was then possible to work with the data to provide an estimate of the numbers of protests recorded by the police between 1997- 2013, the years for which we were able to access data for.

The second research report, findings from which were presented at the seminar, provided a perspective on protests spanning nearly the whole of the democratic period. It found,

This kind of empirical work is essential if we are to build a comprehensive picture of protest activity that goes beyond the impressionistic media accounts that often dominant the public (and often the scholarly) imagination. However, such figures tell us little about the politics of such protests.

The Politics of Community Protest in South Africa

Grappling with the politics of this protest wave is complex given its fragmented and often transitory nature. In South Africa community protest is generally located within the ‘militant particularisms’ of a specific geographical community, most frequently disconnected to other nearby struggles and despite the similarities in demands have not cohered around a central target or demand as happened in Tahir Square, Gezi Park or the Maidan protests. This has led scholars such as Shauna Mottair and Patrick Bond to characterise such protests as ‘popcorn’ protests, reflecting the way in which they rapidly spring up but often equally as rapidly subside. Drawing out the analogy further, Bond has also argued that the popcorn nature also illustrates the ease by which protests can press for progressive demands but just as easily be blown towards reactionary tendencies, such as xenophobia.

But the use of this term is, I argue, deeply problematic. It dismisses the political content of these protests, with all their fragmentations, simply because they have not, as yet, coalesced into a movement. While, at the same time, it fails to critically unpack and engage with the political and structural issues that shape the protest wave and arguably inhibit the emergence of a new movement. It also neglects an appreciation of the disruptive power and the political impact this protest wave has had, as I will explain in more depth later.

Another analysis that is commonly made is to locate the community politics of protest as a reflection of local entanglements with the governing African National Congress (ANC), sometimes referred to as ‘patronage politics from below’. In this reading, by Karl Von Holdt and others, protests have a dual nature, combining internal power struggles with the ANC with popular struggles for service delivery and municipal accountability. Within our own research, we too have often found how these dynamics where strategically in the interests of an ousted councillor, for example, may come together with that of the community. However, in both our quantitative and qualitative data we find this to be a minority tendency.

Another approach seeks to situate the struggles in South Africa as part of a global countermovement. Michael Burawoy (2015) argues that in the current period of neoliberal capitalism, forces of marketization are generating contemporary forms of resistance and in so doing produce common political repertoires, which although national in their specificities are globally connected. One of the global repertoires that Burawoy argues unites disparate struggles across the world is the generalised critique that ‘electoral democracy has been hijacked by capitalism’. Indeed, it is perhaps this critique, reflected in many of our interviews, that ‘democracy is only for the rich’, that unites all the thousands of fragmented protests happening across South Africa.

Drawing connections between South Africa and Egypt, Sameh Naquib, highlighted that the 2011 Egyptian revolution did not come from nowhere but was proceeded by at least a decade long protest movement located in a number of different sections of society: from anti-war protests, pro-democracy protests and strikes by workers. Naguib, however, posed the question, how do protests move from quantity to quality? In other words where might a new movement emerge?

The 2016 Local Government Elections are due to be held on 3 August and the results will be interpreted as a test of the ANC’s strength and durability. These elections come against a backdrop of escalating protests, such as those seen in Vuwani and Tshwane. Polls by Ipsos-Mori have highlighted the likelihood that the ANC may lose three key metropolitan municipalities, Johannesburg, Tshwane and Nelson Mandela Bay. While the ANC may continue its trajectory of fragmenting hegemony it is not clear, as yet, what forces may arise in its place.

An increase in the support for the Economic Freedom Fighters (EFF) is one possible avenue. The party has sought to capture popular frustrations and has actively supported community protests. While critics have highlighted the elitist, authoritarian and possibly even fascist tendencies of the party, it has been the first split to the left of the ANC. However, current polling figures do not put the EFF higher than 10% of the vote in the key municipalities of Johannesburg, Tshwane and Nelson Mandela Bay.

Another possibility, much debated in left circles, is the role of the National Union of Metalworkers South Africa (NUMSA) and the United Front. The resolutions at the December 2013 Special National Congress to withdraw support for the ANC and to establish a United Front opened new potential avenue for a movement to be built and many social movement organisations, like the Democratic Left Front (DLF), have rallied behind it. But the birth of the United Front has been fitful. The official launch has frequently been delayed. It has not, as yet, made substantial connections to community struggles and its most substantial campaign has been around a centrist anti-corruption platform. Trevor Ngwane, in an interview published on this site, drew attention to the bureaucratic, top-down politics NUMSA brings to the United Front which is at odds with the community-based organisations it seeks to link up with. Whether the United Front can overcome these challenges remains to be seen.

The student movement that emerged in 2015 (see Heike Becker’s blog), that also made important connections to the struggles of outsourced workers, may provide another channel through which struggles can even unite but the road ahead looks difficult. There has been, as yet, little connection between student and community struggles, despite the fact that many students may come from these very same communities. But the scale of the class and political divide between these struggles was apparent at the International Labour Information Research Group 2016 April conference held in Athlone, Cape Town. The conference brought together community and student activists to discuss their struggles. Political tensions emerged between the Black Consciousness ideology used by student activists and the politics of non-racialism, which most community activists held. The debates were passionate but each left in almost incomprehension at the others politics. For the unemployed activists present this seemed to underscore the divide between themselves and their potential ‘future bosses’, in the words of one activist.

At present, there seems to be no clear or single trajectory through which a new movement may emerge. Nonetheless, community protests are generally increasing and becoming diffuse across the country, from urban to rural areas, with a higher proportion of them tending towards disruptive or violent acts. The major question would appear to be, to what extent can these protests break from the politics of the ANC and form a progressive movement for social change? A question that can only ultimately be answered through the process of struggle itself.

Dr Carin Runciman is a Senior Researcher at the South African Research Chair in Social Change. Carin’s research specialises in the politics of protest and social movements in post-apartheid South Africa.