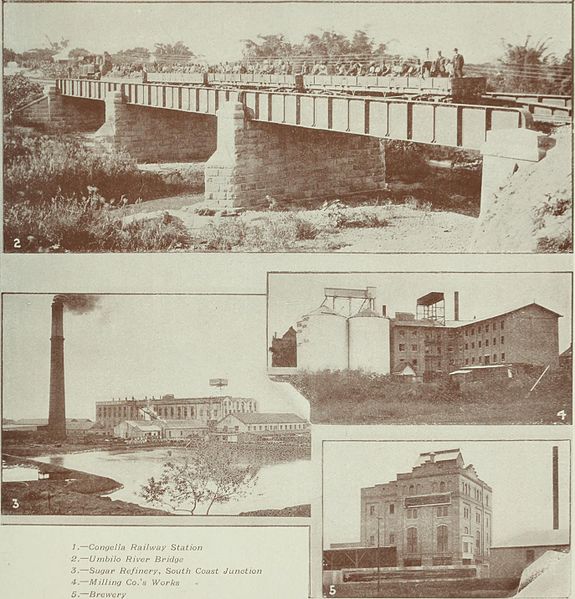 ROAPE’s Laura Mann discusses a recent workshop held at the London School of Economics on 3 May, which brought together leading economic geographers and political economists to discuss new prospects for industrialization and transformation in African countries in light of shifts in the global economy.

Industrial Policy is back! At least under new names. Given the term’s toxic association among neo-classical economists in institutions like the WTO and World Bank, new words are apparently needed: ‘productive sector policies’ and ‘territorial innovation networks’. Nevertheless, there is hope that policy space is widening for African policy-makers to more strategically engage with global trade and economic growth.

First, the story goes, there are economic reasons to be hopeful. Owing to rising costs of production in China and South Asia, economists such as Justin Lin have argued that there are opportunities for African economies to attract manufacturing jobs from Asia and use these flows to industrialize, upgrade and transform their domestic economies. Second, there are demographic reasons. Populations in most regions of the world are getting older and less fertile while population growth is still increasing in many African countries. African consumer markets are becoming increasingly lucrative and ‘interesting’ to domestic and multinational business interests alike. In the past decade, astute readers will have observed the efforts of firms such as Unilever and Massmart (the international section of Walmart) and financial intermediaries such as Mastercard and Visa eying African markets, conducting research into ‘middle class’ shopping habits and seeking to develop digital payment systems, regional supply chains and distribution networks. Domestic supermarket chains within African countries like Nakumat and Priceright are also moving into regional markets and trying to claim some retail space from informal actors. In other words, it is being said that there is scope for local demand to drive industrialization and upgrading. Third, there are political reasons for hope. The examples of Asian developmental states and the ongoing economic crisis within advanced economies have provided intellectual credence to political economists calling for more interventionist policy-making from African governments. Such authority has been enforced by the physical and political presence of Asian actors on the continent as development actors, providing the funds and infrastructure for such ambitions to be realised while dulling the sting of the conditionality of older developmental actors.

Given these ‘global shifts’, the International Development department and the Africa Centre at LSE decided to organize a day-long workshop on African Industrialization on 3 May. Led by Shamel Azmeh along with Kate Meagher, Pritish Behuria and myself, we invited a number of leading economic geographers and political economists to debate and discuss whether such hope is justified or misplaced, and importantly, whom will benefit if industrial jobs do come en-masse to African shores. In my summary, I focus on three aspects of discussions.

First of all, we may all need a bit of a reality check when it comes to the economic and demographic reasons for hope. Rhys Jenkins led the assault in setting out what he believes are the key fallacies of the ‘Lin Thesis’. He argued that with the exceptions of Ethiopia and Tanzania, labour productivity is still lower and wages are still higher in African countries than in other emerging economies. Additionally, he pointed out that labour costs are not the main determinant of foreign investment. Other inputs like electricity and transports are equally important – as well levels of political stability and the presence of stable labour control regimes. For these reasons, if off-shoring does occur from China, such opportunities may either flow to lower costs sites within China or to countries such as Vietnam, Cambodia and Bangladesh (Ethiopia and Tanzania do however, provide interesting counter-examples!). Most Chinese FDI into African economies is still flowing into extractive industries, infrastructure and into market-seeking activities (not efficiency seeking). Lastly, Jenkins highlighted the risk of mechanization and indeed, China has been investing heavily into robotics in recent years. It may be that old pathways to industrialization may narrow and close if automation develops apace.

However, other avenues of industrialization are emerging. Christopher Cramer drew attention to the increasing level of sophistication and technological innovation within global agricultural value chains. For example, great effort (and work!) goes into documenting the organic and fair trade credentials of South African blueberries and in transporting them from South African farms into refrigerated trucks and planes, and then into the nicely branded punnets of Tescos. All of this sophistication opens doors of value capture for domestic firms within African economies able to put in the right kinds of laws, incentives and institutions to build up domestic businesses and enforce reciprocal benefits from multinational players. Domestic markets are also becoming promising avenues for domestic accumulation and transformation. Christina Wolf spoke of the opportunities for local manufacturing to ride on the wave of Chinese infrastructural investment in Angola. Because of the high tariff environment, she described how multinational firms are increasingly creating domestic production units to serve rising consumer demand. However, she also highlighted the fact that transformation driven by domestic demand requires maintaining broad based purchasing power. In this sense, demands for wage moderation to attract opportunities within export oriented industries may conflict with efforts to boost production from domestic consumption.

Second, we may need new paradigms. Previously, economic geographers have used frameworks such as Global Value Chains (GVC) and Global Production Networks (GPN) to understand how lead firms within Northern economies control the governance of global distributed value chains. However, given the increasingly vertically specialized nature of GVCs and the fact that lead firms are investing in their own regional supply and distribution networks within African countries, economic geographers may need new paradigms and policy-makers new kinds of industrial policy. Raphael Kaplinsky called for attention not on sectoral policies but on building cross-sectoral capabilities, and not on ‘deepening’ industrial capabilities but on thinning out and specializing.

The workshop was also interesting for bringing together economic geographers and political economists. One major criticism of economic geography approaches like GVCs and GPNs is that they tend to underplay the role of domestic political incentives and conflict in inhibiting more strategic policy choices. While the interests of ‘global capital’ undoubtedly play a role in narrowing policy space, we shouldn’t neglect business-state relations within African countries. Policy-making has to be politically viable and some industrial policy measures may simply be too politically costly if they threaten entrenched interests. A growing number of scholars has tried to move the discussion away from the problem of ‘neopatrimonial politics’ towards better understanding how particular distributions of power and the presence of particular kinds of political incentives might either motivate power-holders towards growth or make it unlikely that they will do so. Helpfully, scholars such as Mariana Mazzucato, Fred Block and Linda Weiss have also conducted research looking at the kinds of business-state relations that shape innovation and growth within the US economy. All of this research calls for more pragmatic approaches to patrimonialism and corruption within African business. Such discussions caused Kaplinsky to remark that at the end of apartheid, South Africa’s comparative advantage lay in knowledge intensive industries, and yet narrowly focusing on these would have simply been politically inviable. We must therefore ask hard questions about both how industrial policy can be framed in ways that promote economic enfranchisement as well as being clear about when targeted support for privileged actors is being received so that it can be accompanied by a frank discussion of economic redistribution.

Third, (and I am sure I don’t need to tell readers of the ROAPE blog), we need to pay very close attention to whom benefits from increased global and regional trade flows. So much research has demonstrated the very mixed record of fair trade in improving the lives of workers. So much so that Christopher Cramer suggested that fair trade and organic certification might be better described as ‘ethical rents’. Whether or not such rents go towards social upgrading and increasing the productivity and learning of domestic producers depends very much on the institutional structure of the value chain and power relations within the local political economy. Stephanie Barrientos similarly suggested that we need to disaggregate categories of workers in African economies in order to better understand the impact of specific policies or trade shifts (wage labour, ‘own account’ groups and unpaid and unfree labour). She also described the importance of looking at gender relations within employment. For example, she described how the shifting of production away from Sweet Cayenne pineapples to the Super sweetMD2 pineapples in Ghana had the effect of social upgrading for wage labourers but social downgrading for smallholders. In some ways, this was a classic Gibbon and Ponte ‘Trading Down’ story: the shift turned land-owners into wage labourers – but it also had the unexpected effect of raising the earnings of women as wage labourers (and unpaid labourers) were predominantly women. As countries like Rwanda seek to promote gender empowerment, it is necessary to think strategically about how different policies may affect women, who are often in more precarious positions than their male counterparts on farms and factory floors.

The third session of the day focused specifically on who may benefit from the deepening of globally-connected digital infrastructure within African economies. Padraig Carmody described how ICTs can promote Outward and Inward GPN couplings. He described how furniture manufacturers in Tanzania and South Africa had used ICTs to import cheaper furniture from Asian economies. In effect trade liberalization combined with digital connectivity turned manufacturing groups into trading groups – economic downgrading! In other words, we should not assume that ICTs will boost production and trade potential; they also enable opportunities for greater importation (something Jana Kleibert and I also discussed in relation to the Business Process Outsourcing (BPO) sector in Kenya). Similarly, Gianluca Iazzolino gave an ethnographic account of the roll-out of the financial ecosystem around the flower farms of Naivasha. He described how the key purpose of cashless payment system seemed to be geared towards re-orienting salaried workers away from informal retail into formal retail environments like supermarkets. In his view, ‘cash stickiness’ should be understood as a kind of agency against this formalization trend.

So in summary, the opportunities that bigger global shifts and technological developments present for African economies are not automatic but require strategic policy choices that take account of both the position of African economies within specific globally and regionally spread value chains and attention as to how such policies interface with domestic political economies and the needs of particular workers. Due to the success of the event, we may try to organize a follow-up workshop next year. Personally, I think it would be great to have a similar kind of event around the topic of domestic African capitalists. If you have ideas or suggestions, please get in touch!

Laura Mann is a member of ROAPE’s Editorial Working Group and a sociologist whose research focuses on the political economy of markets and new information and communication technologies in Africa. She is Assistant Professor in the Department of International Development at the London School of Economics and Political Science.