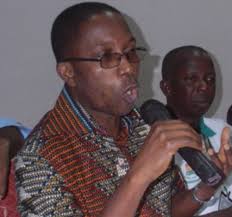 On 29 March 2016 Gold Fields announced in Johannesburg that it had concluded “development agreements” with the Government of Ghana, reducing corporate tax in respect of its Tarkwa and Damang mines from a rate of 35.0% to 32.5%, and royalty from a flat rate of 5% to a sliding scale starting from 3%. The company estimates that this would save it $26m in tax and royalty payments this year. From Ghana’s perspective we are foregoing $26m of tax and royalty income from the Tarkwa and Damang mines this year.   The two Agreements were hurriedly approved by Parliament on 17 March 2016 without any debate.

At a press conference on 4 April 2016, Third World Network-Africa expressed grave concerns about these massive concessions granted the company and questioned their legality. TWN-Africa made five main points:

According to the Gold Fields announcement, the development agreements will last for 11 years for Tarkwa and 9 years for Damang, with the option to renew for another five years. The reduction of the corporate tax rate from 35.0% to 32.5% took effect from 17 March 2016, the date Parliament approved the agreements. The change in the royalty rate from a flat 5% of revenue to a sliding scale royalty based on the gold price takes effect from 1 January 2017. The applicable sliding scale is set out in the table below:

To date, this is the only public disclosure of any detail of the agreements that were rushed through Parliament. Gold Fields’ public disclosure to its shareholders is in stark contrast to the failure of our Government to disclose details of the agreements with Gold Fields. The only official pronouncements have been in response to questions from the media, including those provoked by TWN-Africa’s press conference, and these have not provided any of the details of the Agreements.

What is the legal basis for these concessions?

Under section 49 of the Minerals and Mining Act, 2006 (Act 703) a Development Agreement involves the Government granting concessions or privileges to a mining company in exchange for the investment of more than $500m under a mining lease. Among such concessions is a stability agreement on fiscal issues in conformity with section 48 of Act 703. This is a key part of the concessions companies expect hence Gold Fields prioritising the tax and royalty concessions in its public announcement of Development Agreements.

The cut in corporate tax and royalty rates granted to Gold Fields cannot be justified in terms of Section 48 of the Mineral and Mining Act, as the provision does not give the Government the power to reduce or improve the existing obligations of mining companies. What it does, as appears below, is allow for protection against any future increases or worsening of the obligations of the company. The relevant parts of Section 48 of Act 703 are quoted below:

(a) be adversely affected by a new enactment, order instrument or other action made under a new enactment or changes to an enactment, order, instrument that existed at the time of the stability agreement, or other action taken under these that have the effect or purport to have the effect of imposing obligations upon the holder or applicant of the mining lease, and (b) be adversely affected by subsequent changes to:

(i) the level of and payment of customs or other duties relating to the entry materials, goods, equipment and any other inputs necessary to  the mining operations or project,

(ii) the level of and payment of royalties, taxes, fees and other fiscal imports, and

The everyday meaning of the highlighted words “new” in section 48 (1) (a) and “subsequent” in section 48 (1) (b) makes clear that the purpose of the law is protection against future increases or worsening of a company’s obligations and not cuts or reductions in existing obligations. This is the basis of our claim that the tax cuts and new royalty terms in the Gold Fields Development Agreement are illegal. This central point of our press briefing has not been addressed by spokespersons for the Government or Gold Fields in their various responses to our press briefing.

The Justification for the Development Agreements

Under Section 49 (1) of Act 703, ‘The Minister on the advice of the Commission may enter into a development agreement under a mining lease with a person where the proposed investment by the person will exceed US$ five hundred million.’

In the wake of announcing the Development Agreements, officials of Gold Fields persistently declared that they had made no commitments to the Ghana Government in exchange for the tax and royalty concessions. In one report, a spokesperson for the company, Sven Lunsche, said Gold Fields has not yet decided whether to inject more cash into Damang or suspend operations there. Lunsche said the

Development Agreement ‘is obviously a positive input into our decision making process, though we are considering many other economic, financial and mining variables in the process.’ If Lunsche is telling the truth, then Gold Fields do not qualify for a Development Agreement because in the clear words of the law there must be a proposed investment of more than $500m before a development agreement is granted.

After the TWN-Africa press conference, Dr. Tony Aubynn, Chief Executive of the Minerals Commission and officials of Gold Fields Ghana told the media that the Development Agreements are based on an investment plan.

Senior Vice-President and Head of Gold Fields’ West Africa Region, Alfred Baku, is quoted as saying the firm plans to invest more than $500m.  ‘The amount we are calling is the amount we are going to invest going forward and we think that between the two operations that we have in Ghana, we are going to invest in excess of the 500 million’, he reportedly told Citi FM, Mr. Baku did not indicate the period within which the investment would be made and what precise form it will take.

Dr. Aubynn has asserted that the requirements for a Development Agreement have been met and that Gold Fields, ‘had indicated that they are willing to invest more’ and that Parliament assured itself of this before approving the Agreements. He however gave no details of the clear and enforceable commitments made under investment plan. Neither did he indicate a readiness by the Government to publish the Agreements and the terms of Gold Fields investment plan so as to definitely clear the air.

Dr. Aubynn has also offered two other justifications for the Development Agreements, namely: 1) Gold Fields have been in Ghana for a long time and have already invested over $2bn and 2) the difficulties facing Gold Fields due to the drop in gold prices and the need to help the struggling Damang mine. Whilst being vague on the exact nature and terms of new investments officials of Gold Fields have also been quick to talk up the potential benefits of the tax cuts for responding to the problems of the sector such as saving jobs.

The challenges facing the gold mining sector and its knock on effects on public revenue are real and Gold Fields is not the only affected company. However, past investments, current financial distress due to price drops or a desire to stave off redundancies are not a legal basis for a development agreement under the terms of Act 703.

The negative lessons of the Newmont and AngloGold Stability Agreements

The shortcomings of and experiences with the original (2003) Newmont and the 2004 AngloGold stability agreements contain important lessons for protecting the public interest in contracts for the exploitation of non-renewable mineral resources which we expect to inform new agreements such as the present ones with Gold Fields Ghana Ltd. The 2003 Newmont agreement did not contain any firm commitments by the company in exchange for the extensive and unprecedented concessions by the Government of Ghana. In the AngloGold case the company did not make a firm commitment on the key issue of new investment in the so called Obuasi Deeps to increase gold production. It only committed to carry out feasibility studies. Despite the steady rise of gold prices from when AngloGold took over AGC the promised investments were never made and the mine was shut in 2014.

Ironically rather than respond to the issues raised about the Gold Fields agreement public officials and Gold Fields officers have used the threat of an Obuasi style closure of Gold Fields mines as a threat in defense of the agreements. For example Gold Fields’ Alfred Baku told Citi FM ‘what this development agreement is going to do to Gold Fields and to Ghana is that it is going to guarantee jobs because if we were not to get it and we continued to struggle, what would have happened was that we were going to close the mine as we have got at Obuasi, put it on care and maintenance.’ Actually to avoid a repeat of the Obuasi experience it is important that Gold Fields development agreements contain firm and measurable commitments. The public interest in such a commitment is one of the bases of our demand for a full disclosure of the agreements.

The shortcomings of the Newmont and AngloGold stability agreements were factors in the Mills government’s decision to initiate a mining policy review process and set up a Mining Review Committee to renegotiate the agreements and advise the government on future policy and practice. TWN-Africa strongly supported that decision. We believed it offered an opportunity to establish a set of guiding principles and principled ways of negotiating with mining firms in the public interest. The Newmont Agreement has since been renegotiated by the Mining Review Committee although it is yet to be made public. To what extent has the Government incorporated the lessons from the AngloGold and 2003 Newmont agreements about the need for firm and benchmarked commitments into the Gold Fields agreements?  Did the Mining Review Committee have any role in the development and negotiation of the Gold Fields agreements? What criteria did Parliament use to evaluate the Gold Fields agreements before passing them?

Public Ownership of Minerals and Accountability

The fact that all that we know about the Gold Fields development agreements have come from the company and the continued refusal of the Government and public institutions to answer the questions we have raised form part of a deeply entrenched culture of refusing to provide information and account to Ghanaians for the management of the country’s non-renewable mineral resources (minerals, oil and gas). This practice violates the fiduciary and accountability obligations under Article 257 (6) of the 1992 Constitution. Under that provision minerals are ‘vested in the President on behalf of, and in trust for the people of Ghana.’ This means that the Ghanaian people are the beneficial owners of the minerals and the Government as the trustee should manage the country’s mineral wealth in the best interests of the people. This can only be ensured by the accountability of public mineral governance institutions and private entities exploiting the minerals, underpinned by the citizens’ access to information.

In February the Government loudly celebrated winning an EITI award for being an exemplary implementer of the principles of revenue transparency. There is a deep and almost farcical irony in Ghana being feted as a model for revenue transparency whilst the Government and public institutions refuse to account and provide information to Ghanaians, the owners of the minerals, about the contracts that are the source of the revenues.