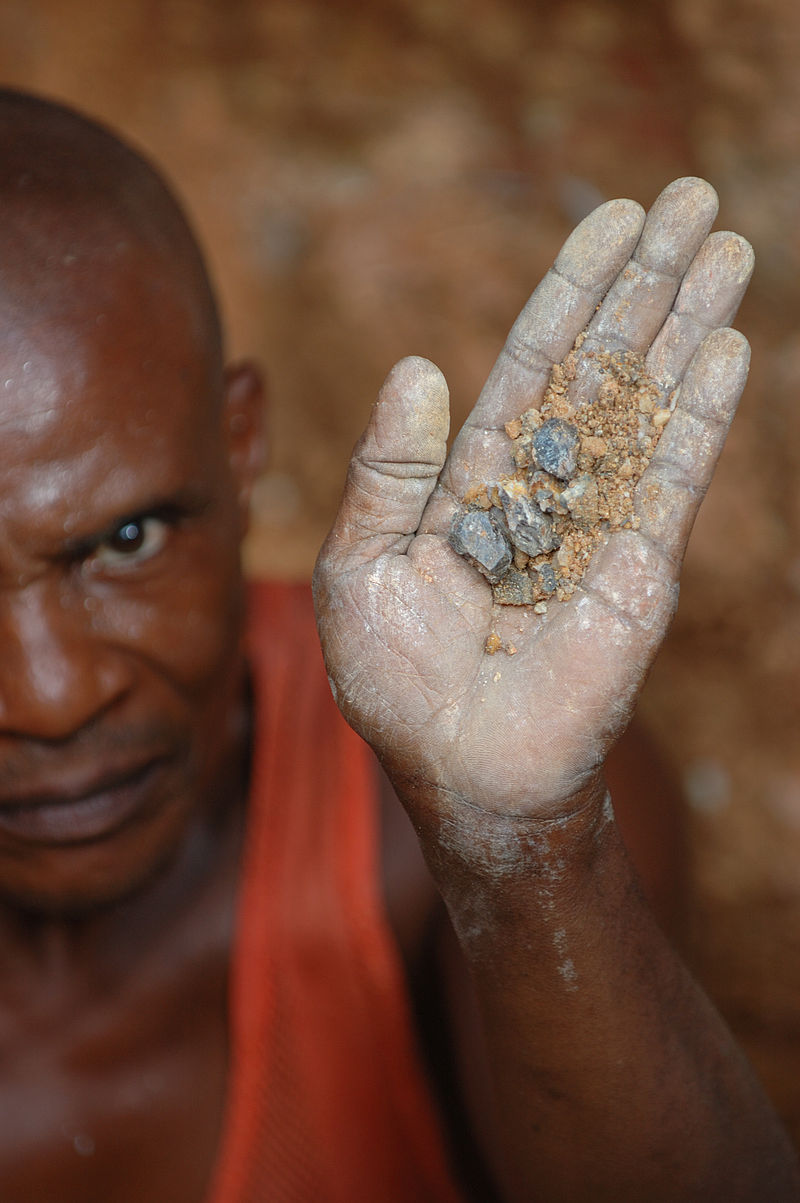 In 2008 at the height of the economic crisis in Zimbabwe thousands of unemployed youths flooded the Chiadzwa mining area in what was a dramatic ‘diamond rush’ following the expiration of DeBeers mining licence in 2006 and the cancellation of Africa Consolidated Resources’ mining licence. DeBeers had plundered diamonds at Chiadzwa for roughly 13 years using its ‘Exclusive Prospecting Orders’ (EPOS). The international diamond mining company covertly expropriated thousands of tonnes of diamonds under the guise of exploration samples, crushed rock samples and kimberlitic rock samples.

The unemployed youths who later descended on Chiadzwa in 2008 to pan for diamonds were brutally massacred by the military and police as the government moved in to create a ‘formal looting format’ ,  partially in response to the World Diamond Council which pressured the government to curb the smuggling of diamonds. Approximately four hundred miners were killed in 2008 through indiscriminate volleys of gunshots fired by mounted police accompanied by dogs and helicopter.

Soon afterwards seven private entities began operations at the mine: Marange Resources, Anjin Investments Ltd, Diamond Mining Company, Gyn Nyame Resources, Jinan Mining Ltd, Kusena Diamonds, and Mbada Diamonds. Ownership of these companies was a joint venture with the state. Chiadzwa is a devastating exposé of the reality of Mugabe’s so-called radical pan-Africanism while displaying the regimes commitment to international business. Hundreds of unemployed youths were massacred and thousands driven away to pave the way for an ‘efficient’ model of capital accumulation.

It has been estimated that the Chiadzwa diamond fields account for 13 percent of global rough diamond supply and that the aggregate worth of all the diamonds at the field is between US$60 billion and US$70 billion. Government estimations have spoken of diamond production earning the state US$600 million in monthly revenue in the aftermath of the Kimberly Process Certification in 2012. Rough projections on diamond production at Chiadzwa by the Ministry of Mines put a figure of US$1 billion in diamond revenue for the year 2012 alone and an increase in subsequent years to US$3 billion. Diamonds have the potential, the government claimed, to produce enough capital to generate employment and fund education, health and retool industries. The truth is very different.

Yet the ‘looting’ partnership between government bureaucrats, Chinese and other foreign companies has limited the potential of diamond production to improve the lives of ordinary Zimbabweans. At one point Minister of Mines, Walter Chidhakwa responded to the rampant pillaging of diamonds, explaining that he would ‘rather halt mining operations if mining companies continue to fleece government through understating of the stones.’ In February this year Chidhakwa argued that during the brief period of artisanal mining at Chiaadzwa which was soon broken by repression, diamond mining had a significantly larger multiplier effect on the economy than during the period of joint ventures between the state and the Chinese firms. This is quite an admission.

There have been a number of noticeable and recorded encounters to illustrate the depth of the plunder of diamonds such as the disappearances of sacks full of diamonds and inconsistencies between the price the diamonds have been sold at and the figures sent to the government. In 2015 Lovemore Kirotwi, the Director of Core Mining and Minerals and Chairperson of the Zimbabwe Diamond Technology Centre was charged with defrauding US$2 billion through covert and underhand dealings in the diamond industry. Transfer pricing, trade mis-invoicing, and capital flight through the repatriation of profits by Anjin Investments Ltd, one of the leading companies in the area. Undeclared profits were repatriated to China and local elites to secret bank accounts in South Africa, Hong Kong, the Cayman Islands and other areas. Far from the vision of diamond mining being used to improve the lives of the poor.

Conservative estimates of the loot drained by government bureaucrats working in concert with Chinese companies repeat the figure of US$16 billion, which is money lost to corruption, an amount which surpasses the US$11 billion in debts Zimbabwe owes to both domestic and internal creditors. The history of Chiadzwa diamond fields and other nearby areas such as Chimanimani is replete with deep-seated pillaging by both foreign and domestic capitalist elites. From the secret theft of diamonds by DeBeers from the 1990s to the sophisticated looting by Chinese companies working in concert with the state and elites in the army and ZANU PF.

Realizing the possibility of resistance emerging in Chiadzwa and as part of the regimes’ Indigenization and Economic Empowerment policy, the mining companies and the state launched the Zimunya-Marange Community Share Ownership Trust. This was an effort to win over the poor seething with anger as they helplessly watch billions being made and expropriated from their own land as they were forcibly relocated to other areas.

The recent ‘realization’ of the extent of the pillage occurring at Chiadzwa by the state and the threat of a halt to mining operations has been provoked by the current political dynamics inside ZANU PF and  the global price of  diamonds. We have seen the recent annihilation by a faction calling itself the G-40 of two groups within ZANU PF, one of these factions has now created a party using the name, Zimbabwe People First, led by former Vice President Joyce Mujuru and the other faction is led by Vice President Emmerson Mnangagwa.  This expresses the power struggles which are at play at the Chiadzwa diamond fields.

Although there is systematic corruption at Chiadzwa, as we have seen, this is being used by factions in the government to justify the ejection of corrupt companies. The forced amalgamation of all the firms under the Zimbabwe Diamond Mining Corporation, is part of a concerted effort by the state and ruling elites, aligned to the First Lady, Grace Mugabe, to wipe clean the diamond fields of all their enemies and to enfeeble the internal rebellion in the party by cutting the source of funding to their feeding trough. So state intervention under the pretext of addressing corruption is not genuine.

Another dynamic which is at play is the global commodity price fluctuations which have hit the diamond industry hard. As an extractive industry it has been the core force in recent years of ZANU PF electioneering strategy and also at the centre of its patronage system. The fall in the demand of diamonds has among other reasons meant a curtailment of investment in Chiadzwa. This has led to reduced output of diamonds. The fall in demand has increased demands made by ZANU PF for the ‘lions share’ in diamond mining, as President Robert Mugabe has explained in a recent interview. Faced with an unrelenting economic crisis the thinking within the state has shifted towards a greater level of nationalisation to stimulate the economy and derail the impending decisive economic explosion.

If there is acknowledgement that there has been serious plunder at Chiadzwa diamond fields, a commission of inquiry should be opened to investigate and expose those who were responsible with appropriate legal measures being instituted against the criminals. Civil society, trade unions and community organisations should unite in their demand for an end of corruption at Chiadzwa but also the nationalization and appropriation of all the properties of those who were involved in the looting. The failures of private capital have been laid bare and there is currently a pressing need to insist on the public ownership of Chiadzwa, placing the mines under the control of the miners themselves. If the Minister of Mines agrees that artisanal mines fared better than private capital, as he stated in February, then a lot more can be achieved by organized workers running Chiadzwa. Perhaps this is the only way real justice can be found for those massacred in 2008.

Raymond Sango is an activist and writer from Zimbabwe, he carries out research on the country’s political economy for the Zimbabwe Labour Centre. He was a participant at last years joint ROAPE/JSAS conference in Zambia and an interview with him can be found here.