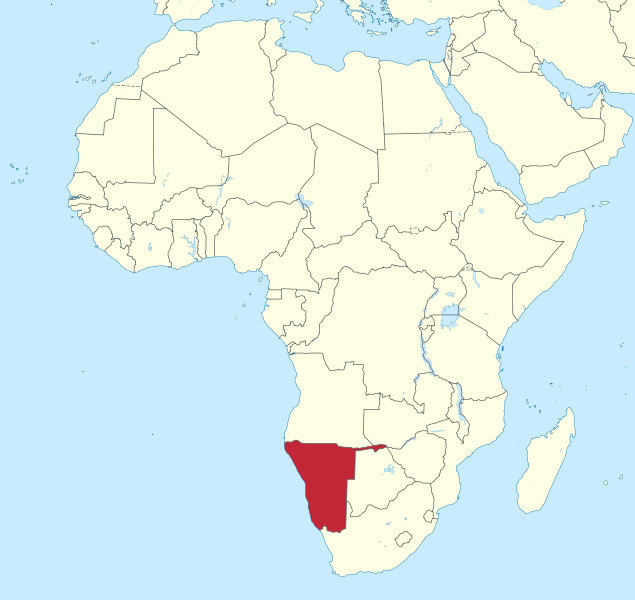 A few months short of the 25th anniversary of independence from South Africa in March 1990 Namibia reached her Fanonian moment. As Achille Mbembe has explained this term with regard to the South African student movements of 2015, a new generation has entered the country’s social and political scene and has forcefully asked penetrating new questions. In Namibia this has come in the shape of the Affirmative Repositioning (AR) movement.

AR is a movement of urban youth, which took off from a spectacular action of its three founders, and was initially associated particularly with the outspoken Job Amupanda, who was at the time still the ruling Swapo Party Youth League’s (SYL) Secretary for Information, Publicity and Mobilisation. In November 2014 Amupanda, George Kambala and Dimbulukeni Nauyoma occupied a piece of land in an affluent suburb of Windhoek, which belonged to the Windhoek City Council. The land activists highlighted high rental and property prices, which make life in Windhoek impossibly expensive even for young professionals, let alone the large numbers of the urban poor.

The movement, expressly aimed at improving the socio-economic conditions of urban youth, has constituted the biggest mass action since Namibia’s independence in 1990. The AR movement embodies a groundswell of profound anger and frustration about the enormous social inequality twenty-five years after Namibian Independence in 1990. It is Namibia’s urban young, and particularly university and technikon students and graduates that mobilise for social justice with the urban poor.

The three young men’s land activism raised heckles with the country’s political establishment, who condemned it as ‘illegal land grabbing’. When the action was ended after a few days, using social media platforms extensively, the activists started mobilisations of young people to apply for land at the Windhoek municipality, which took on the character of mass demonstrations when 14,000 young people submitted individual land applications to the City of Windhoek on 21 November. In a second round of mass action in February 2015, thousands more land applications were handed over to the municipalities of Windhoek and a number of other towns. In the end, over 50,000 applications were submitted to local authorities across Namibia, 16,000 of those requested the allocation of land in Windhoek. Compared to Namibia’s tiny population of just 2 Million people, and the capital’s moderate size of 322,000 inhabitants (2010), this is an astonishing amount.

On 27 March 2015, barely a week after the flashy celebrations of a quarter century of postcolonial Namibia and the concurrent inauguration of the country’s third president, Hage Geingob, the AR movement’s leadership publicly announced that if the land applications would not have been met by local authorities, the movement would take the land by force with mass invasions across the country. They set a deadline: 31 July 2015. In the run-up to that date, land invasions took place on several occasions on the outskirts of Windhoek and protests were held in other towns as well. While AR did not officially claim responsibility for these actions, Amupanda warned that “this was a taste of what awaits municipalities when the deadline arrives.” (The Namibian, 22 June 2015)

Responses to the movement

The movement’s activism seems to have been perceived as a threat by the national-liberation-movement-turned–ruling party Swapo, which expelled the three leading AR activists, who all had been with the SYL. Along with them the League’s secretary was dismissed, who had publicly expressed his support of their actions. Foremost among the public tongue lashing was former Swapo and Namibian president Sam Nujoma, the country’s still influential “autocratic personality and father figure” (Melber 2015: 50). The ‘Founding Father of the Namibian Nation’ (the official title bestowed upon him when he left office in 2005) angrily described the AR movement activists as being provocative and disrespectful and accused them of inciting violence and undermining Geingob’s new government. (The Namibian, 27 March 2015)

However, other sections of the political establishment took the movement’s concerns more seriously. While public anxiety gripped Namibia due to the threats to take urban land by force should the applications not have been processed and approved by July 2015, this was dissolved eventually through the different approach embarked upon by the country’s new President. Hage Geingob had pronounced in his inaugural speech to aim for more social equality and had named poverty alleviation as a key dimension of his programme. He had indeed made first steps toward implementation with the establishment of a new Ministry of Poverty Eradication and Social Welfare, headed by veteran activist Bishop Zephania Kameeta. Namibia’s new president personally negotiated with the activists, dismissing opposing voices in the party and cabinet with a presidential press release, which unequivocally stated his re-affirmed “willingness to engage and dialogue with the leaders of the Affirmative Repositioning Movement”. While Geingob condemned threats of violent acts, he emphasized that Swapo’s decision to expel its ill-disciplined youth members was irrelevant for the government’s position to engage on the pressing issue of land and decent shelter. (Republic of Namibia 2015)

After a 10 hour meeting a week ahead of the 31 July deadline, Geingob and the AR movement leadership agreed to work together on a plan to provide serviced plots. Windhoek and the major towns of Walvis Bay and Oshakati were selected as pilot sites and land clearing started immediately. Recently the AR movement’s Job Amupanda said that the activists were glad that despite the difficulties they initially encountered, they had got government to work with them and that they were confident that their dream was being realised. (The Namibian, 16 December 2015)

In February 2015, as the movement was getting traction fast, the three leaders of the movement spelt out their aims in writing: “AR seeks to establish an order quarantining and liquidating this capitalist anarchy, it is about standing up for the 60 percent of our population and shielding them from capitalist greed and economic rape.” (Kambala, Nayoma & Amupanda 2015) On his facebook wall, Amupanda, who teaches Political Science at the University of Namibia, cites Biko and Fanon as theoretical inspirations, combined with a devotion to a Marxist understanding of class struggle as the driving force of history. Regarding ‘race’, and the relationship with the white minority (about 5% of the Namibian population) he appears somewhat ambiguous. While thus far, unlike in South Africa, ‘decolonization’, as a project of knowledge and mind, has not been put on the movement’s agenda, the AR leaders acknowledge the inspiration of early 20th century anti-colonial struggles in northern Namibia. The “economic privilege of whiteness” has been identified as a future point of attention. Thus far, however, the ‘social ills’ of poverty, inequality, hunger and diseases have been prioritized as ‘national projects’, Amupanda posted (16 January 2016).

Central to the movement’s activities is the declared aim to ‘liberate’ the youth who they want to “convert into active citizens and upright activists”, the movement’s leaders declared after their November 2015 summit. And further, that their aim was to challenge “the general zombie tendency and the bullshitisation (sic!) of politics and society”. (The Namibian, 4 December 2015)

The ‘Zombie’ mentality of Namibian society has been a key target of the activists’ criticism. The frequent use of the term apparently angered Swapo politicians who felt insulted, where the AR movement activists condemned “clapping and singing for the satisfaction of politicians” (The Namibian, 6 January 2016). Yet, as the movement’s leaders have repeatedly pronounced, they are not into protest for its own sake. Instead, they call to young people “to involve themselves in things that have practical benefits for themselves, their families and communities.” A strong concept of constructive engagement and developmental ‘self-help’ ideology has all along been complementing the movement’s otherwise radical rhetoric and activism. Even at the height of their provocative land activism, the movement did not only indicate that it preferred a co-operative to an antagonistic relationship with the authorities but offered 30,000 youths as volunteers under an initiative called the ‘AR Free Labour Programme’ to service land with unpaid labour should the government allocate plots by the 31 July deadline.

What started as a movement, which was narrowly focused on urban land activism has recently branched out into other social issues. A year after it appeared on the postcolonial Namibian scene, the AR movement held its first ‘summit’ in Windhoek in late November 2015. The reports from this meeting, which brought 450 activists together, confirm the blend of radicalism and self-help developmentalism, which had shown already during the mass urban land campaign. On the one hand the summit resolved to continue addressing “capitalist greed, corruption and other injustice”. On the other, however, the AR movement decided to set up a ‘consortium’, which would engage in economic endeavours “to provide leadership and practical direction towards economic freedom to the youth”. (The Namibian, 5 January 2016)

With this apparent paradox, the AR movement epitomizes Namibia’s Fanonian moment; yet it has also come to embody the new hope, which many among the youth associate with the new dispensation under Geingob. Many young people perceive the politics of Namibia’s third President as different from those of his predecessors’ in both substance and style. With his emphasis on the knowledge economy and his willingness to engage, he is being seen as a modernizer and a flamboyant intellectual; yet he also, as a long-time commentator of Namibian politics has critically charged, remains “wont to indulge in his predecessors’ bogus anti-imperialist antics” (Melber 2015: 62).

Heike Becker is Professor of Anthropology at the University of the Western Cape, where she directs research and teaching on multiculturalism and diversity.