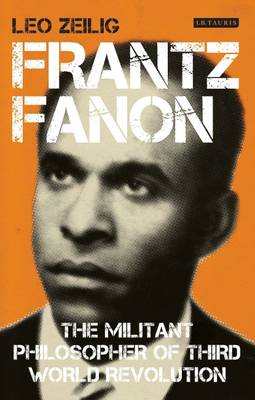 Fanon is the buzzword in African universities and youth-led organisations today, a throwback to the Black Panthers’ era in the USA when the African-American youth were similarly enthralled. His take on decolonisation is being revisited and found attractive by the ‘born-free’ generation. These youth never experienced first-hand the tension, excitement and dangers of the national liberation struggle. They only hear of its promise and its glory, but when they look around they find nothing promising or glorious. They ask, why is there so much inequality, poverty and suffering? Increasingly, they are turning to Fanon for answers.

But who was Fanon? Fanon was a revolutionary thinker, writing and organising in the 1950s in Algeria and across Africa. For Fanon it was not enough to celebrate the achievements of decolonization, it was necessary to push at the limits of national freedom.

Fanon wrote his main work, The Wretched of the Earth, in 1961. When spoke in his famous chapter in The Wretched of the Earth about the pitfalls of national consciousness. He described how the national bourgeoisie after independence is only too happy to accept crumbs thrown to it from the departing colonial powers. Without social reform, without political and economic transformation, national liberation would achieve nothing. He was saying to those who had fought for national liberation that you have made this independence for yourselves, ensure that the self-organisation and confidence you have developed is sustained and becomes a continuous programme of revolutionary transformation after national liberation is achieved. As Fanon wrote, ‘No leader, however valuable he may be, can substitute himself for the popular will; and the national government … ought first to give back their dignity to all citizens, fill their minds and feast their eyes with human things, and create a prospect that is human because conscious and sovereign men dwell therein.’ Fanon’s final act was to the revolutionary movement that he devoted his life but he was subversive of that revolution. Fanon was the great subversive revolutionary of national-liberation.

One of the strengths of Zeilig’s book is his attention to relatively minor elements in Fanon’s life. So, for example, right at the end of Fanon’s life he wanted to find out if a route from West Africa could be used by the African Legion to support FLN fighters in Wilaya V and VI inside Algeria. Charged with discovering such a route in October 1960 Fanon set out with a number of fighters. He kept a private journal intended for the FLN leadership on the prospects for a Southern Front. This largely unknown journal is a remarkable and revolutionary document. Fanon’s notes start with a number of points, ‘To put Africa in motion, to cooperate in its organisation, in its regroupment, behind revolutionary principles. To participate in the ordered movement of a continent – this was really the work I had chosen.’ He then gives a pan-African survey of the continent as he saw it at the time: Mali was ‘ready for anything’ offering a ‘bridgehead’ to ‘precious perspectives.’ The Congo ‘which constituted the second landing beach for revolutionary ideas’ but is now caught up in an ‘inextricable network of sterile contradictions.’ He then emphasised the need to ‘besiege the colonialist’s citadels known as Angola, Mozambique, Kenya and the Union of South Africa.’

The notebook expressed Fanon’s unbridled desire for African unity distinct from the shallow slogans that came from much of the nationalist movement in Africa. Fanon’s Africa was not the place ‘of the poets, the Africa that is sleeping, but the Africa that stops you sleeping because the people are impatient to be doing something, to speak and to play.’ Fanon restated the aims of his journey of fact-finding – a declaration of his activist determination, ‘We must immediately take the war to the enemy, leave him no rest, harass him, cut off his breath. Let’s go. Our mission: to open up the Southern Front. To bring in arms and munitions from Bamako. Stir up the population of the Sahara; infiltrate our way into the high plains of Algeria. Having taken Algeria to the four corners of Africa, we have to go back with the whole of Africa to African Algeria, towards the north; towards the continental city of Algiers. That is what I want; great lives … cross the desert. To wear out the desert, to deny it, to bring together Africa and to create the continent … take the absurd … the impossible, rub it up the wrong way and hurl a continent into the assault.’

For Fanon, as Zeilig writes, African unity was a living and breathing reality, but it had to be made real and rubbed up in a revolutionary direction. This was distinct from the hollow calls for African unity being espoused by the many of the leaders of soon to be independent states.

Shortly after the trip he made at the end of 1960 Fanon was diagnosed with leukaemia, a fatal disease at that time. Reluctantly in late 1961 he accepted treatment in the United States – a place he regarded as dangerous for black people, full of racists and lynch-mobs – and flew there in October from his exiled Tunisian base. Fanon made his last trip across the Atlantic. On 6 December 1961 he died at the age of 36 years old.

This is the story, from his birth in the Caribbean island of Martinique, to his tragic and untimely death, that is told in Frantz Fanon: Militant Philosopher of Third World Liberation. Leo Zeilig’s book about this remarkable scholar-activist, Fanon, has come at a crucial and critical moment. In it he tells the story of the man, his ideas and the milieu wherein he practiced ‘being Fanon’, that is, being argumentative, fearless, revolutionary and totally committed.

Zeilig’s account matches and is worthy of its subject matter written as it is from a committed left perspective, and persuasively facing down the political shibboleths, ideological confusions and strategic errors of Fanon’s times, in particular, those arising out of Stalinist ‘Marxism-Leninism.’ He rescues the kernel of Fanon’s thought from hostile detractors and mistaken adulators showing that it was anti-racist, anti-capitalist, internationalist and humanist.

This book is also a subtle and sympathetic engagement with Fanon’s life project: decolonisation and the plight of the national liberation movement in Africa. Fanon was its shining lodestar and exhibited some of its glaring mistakes. Everyone concerned with the project of human emancipation must read this book.

Trevor Ngwane is a writer, teacher and activist in South Africa. He is currently a researcher with the Research Chair for Social Change at the University of Johannesburg in South Africa.