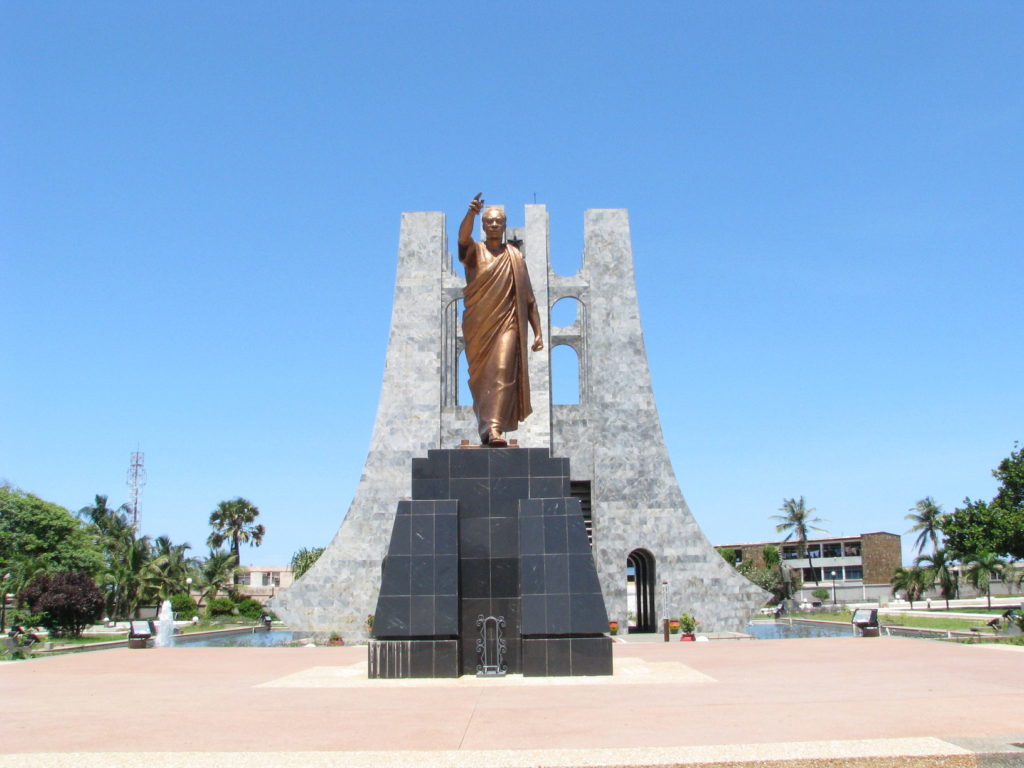 30 May Pan-Africanism: A History

In a review of Hakim Adi’s Pan-Africanism: A History Mpumelelo Tshabalala celebrates a seminal work on the ideology and content of Pan-Africanism, that also describes the nature and extent of its organisational capacity. Tshabalala sees in the book how ‘Black people all over the world were able − despite state-sponsored repression, erasure, opposition and political assassinations – to network and organise around a Pan-African agenda.’

There is so much to praise in this book. Hakim Adi compassionately straddles the line between fan and critic while telling the story of Pan-Africanism. On the one hand, he describes the foundational identity and ideological content of Pan-Africanism in the most generous and relatable tones – a historian able to make the decisions of people in the past understandable to those of later generations. On the other hand, his writing does not forego the benefits of dispassion – he remains truthful about the conflictual, unfulfilled nature of the ideology and its outcomes. As an activist, I benefited from his glaringly honest account about how ideological division between leading Pan-African actors hampered the ability of the movement to achieve its practical and organizational goals.

As an African person resident on the continent, the location of early Pan-Africanism in the diaspora was surprising. How are we to understand Pan-Africanism knowing that it is largely a diasporic construction, as opposed to having been built from the lived experiences of African people resident on the continent? Yet reading history as Adi poses it, helps to make sense of the prominence of the diaspora in the creation of Pan-Africanism. Pan-Africanism rests on the view that it is through African unity that liberation can be best advanced. Africa is not homogeneous; prior to colonial intervention Africans would have understood themselves as coming from various ethnic groups. For those outside the Africa, identification is with the continent as a whole. A consequence of the slave trade was to deprive descendents of Africa of their ability to identify as members of distinct communities. Diasporic activism/mobilisation required a homogenous, nationalistic idea of Africa, consequently erasing differences within the continent itself in pursuit of the more strategic goal of uniting descendants of Africa and the people of the continent itself against a common antagonist – white, colonial, imperial oppression.

This is not to imply that there are no early examples of African-located movements advancing liberation. However, Pan-Africanism calls for a continental unity and a continental view of identity. This realisation leads to another question, is Pan-Africanism fundamentally a concept that only exists because of its relationship to whiteness? This question assumes that identity created from a relational place is somehow less valuable than identity created out of ‘positive content.’ The book helps us address these questions. Adi’s telling of history, discusses various movements − like the Harlem Renaissance, Negritude and Black Consciousness – that primarily concern themselves with expounding such positive content and aim to develop in Black people, self-esteem and respect.

Yet Adi’s location of first wave Pan-Africanism in the efforts of (mostly) members of the diaspora rubs against my identity in other ways. If the aim is to identify movements seeking African unity and liberation, why are there so few examples of movements consisting solely of Black Africans living on the continent and completely untouched by Western institutions? The early Pan-African actors that Adi identifies were Black people with proximity to colonial whiteness – in the sense that they either resided outside of Africa or were educated in Western institutions, in colleges and churches. Does this fact turn Pan-Africanism into a fundamentally elitist project?

In addition, Adi does not shy away from revealing the fact that first wave Pan-Africanism is littered with traces of internal oppression. For example, during this time, those who were the prominent spokespersons of Pan-Africanism were Black men, resident outside of Africa making appeals not only on behalf of the African diaspora but also on behalf of the continent. So, Adi discusses early repatriation movements of the 18th and 19th centuries to West Africa, which resulted in the creation of an elite class in Africa consisting of a Western educated Black intelligentsia who identified much more with one another than with ‘uneducated’ Africans.

Ethiopianism and key diasporic figures of the 19th Century, including Bishop Henry Turner, felt that the ‘Negro’ will be nothing ‘while Africa is shrouded in heathen darkness’ and ‘the creation of the diaspora was part of a divine plan for the “redemption of Africa”’. While the Chicago Congress on Africa, in 1893, held the view that Africa needed ‘civilisation’ to be brought from outside. Marcus Garvey, writing in the 1920s, believed that the main function of the repatriation movement was to civilise the ‘backward tribes of Africa’ where the ultimate role of the diaspora was to save Africa from itself, while protecting Africa from colonial oppression. W.E. B. Du Bois was not exempt from diasporic paternalism, when the League of Nations was deciding what was to become of Germany’s confiscated colonies, he was of the view that African states should be administered on a trusteeship basis by colonialists in consultation with ‘intelligent Negroes’ of Africa and the diaspora. Du Bois believed in leadership by a ‘talented tenth’, an intelligentsia that were the natural leaders of the ‘Backward and Suppressed Groups of mankind’.

The early 20th Century conferences identified by Adi – which all took place outside of the continent – laboured under the assumption that Africans required custodial administration either from colonial powers or African intellectuals. During that time, it was assumed that modernisation was equal to Western governance, perpetuating the norm that whiteness is inherently superior and an aspirational ideal. Early Pan-Africanism was clearly tainted by a diasporic savior complex, distrustful of the ability of Africans to self-govern.

Adi’s survey of second wave Pan-Africanism demonstrates how Pan-Africanism was elevated from a movement to an ideal of governance, first, by Kwame Nkrumah and later by other African leaders. The main governance question concerned the extent to which African states should become politically integrated. This period was characterised by two main points of disagreement: which countries should lead the Pan-African struggle and the role that violence should play in that struggle. On one side of the argument was Frantz Fanon, a vocal advocate at the time in favour of armed and violent struggle. While on the other side of the argument, we could argue that proponents of non-violence were concerned with acceptance by and incorporation into whiteness.

Adi shows that throughout the history of Pan-Africanism its relationship with communism remained contentious. Between the two world wars, the international communist movement saw African agency as vital to its own movement and adopted a Pan-African understanding of African liberation. It also served to internationalise the struggles of working people of the entire world – incorporating people of colour from other countries of the Global South. Later on, prominent figures may have distanced themselves from the communist movement however communism served not only to lubricate networks but to save Pan-Africanism from the dangerous elitist trends that poisoned its foundations.

Throughout the book, Adi consciously makes every effort to tell the story of Black women in his account. Mention is made of a couple of African-located women, but the majority are part of the diaspora. As an example, Adi discusses the contribution of the Nadal sisters, Jane and Paulette, whose efforts in the formation and understanding of Black internationalism and Negritude had largely been erased.

Pan-Africanism: A History is not only a seminal work on the ideology and content of Pan-Africanism, but it also describes the nature and extent of its organisational capacity. Black people all over the world were able − despite state-sponsored repression, erasure, opposition and political assassinations – to network and organise around a Pan-African agenda, prior to the advent of modern technology. It is this organisational capacity that must be maintained for Pan-Africanism to thrive in the future. The cautionary tale is how to ensure that ideological differences do not incapacitate this organisational activism. Adi also shows that we do not need absolute consensus to be able to advance African liberation.

Pan-Africanism is ultimately about African unity, which is essential for advancing African liberation (from colonial injustices) and to create African societies based on equality. I live in an African state where 25% of the population cannot afford sufficient food to cover their daily calorie requirement, unemployment is officially at 27.6%, and the society is the most unequal country in the world.. I am not interested in a Pan-Africanism that does not transform the lives of the poor.

It remains crucially important that we do not forget the historical power asymmetry between members of the diaspora and African people resident on the continent. If the diaspora has been historically prominent in the movement, what is the current visibility of the Black British and Black Americans in the age of globalisation? There is proximity to whiteness that living outside of Africa grants, for example accruing social and linguistic privileges. Physical location alone may also grant access to centres of power. Strategically this means that the diaspora is well positioned to advance a Pan-Africanist agenda on the global stage. However great care must be taken when members of the diaspora seek to speak on behalf of, and work with Africa on the continent. This context should be kept in mind and we must remain vigilant, especially in light of contemporary calls for Ghanaians and Ethiopians to ‘come home’.

Even today, neo-colonialism continues to rear its head. Despite the formal recognition of the political independence of African states, Africans remain dominated by the economic, social, military, technological and political reach of whiteness. Despite its faults, Pan-Africanism remains a useful tool with which to challenge vestiges of colonial and imperial power in a system that has always sought the division and destruction of the continent.

Pan-Africanism has elitist origins, it also accepts colonially imposed identities and tends to fuse complex and intersectional identities. Despite this, Adi provides us with powerful examples of how we should guard against top-down, elitist mobilisation and how framing African liberation as the pursuit of justice can re-centre Black agency. Adi’s seminal work provides guidance on how to organise and further Pan-Africanism’s glorious aims.

Pan-Africanism: A History by Hakim Adi (Bloomsbury, 2018) is available here.

Mpumelelo ‘Mpumi’ Tshabalala is currently pursuing her MSc at the School of Oriental and African Studies in African Politics.  She is an attorney by profession and the founder of Mpumelelo Yesizwe Legal Consulting a South African consultancy advising on how areas of law can be used to transform African societies.