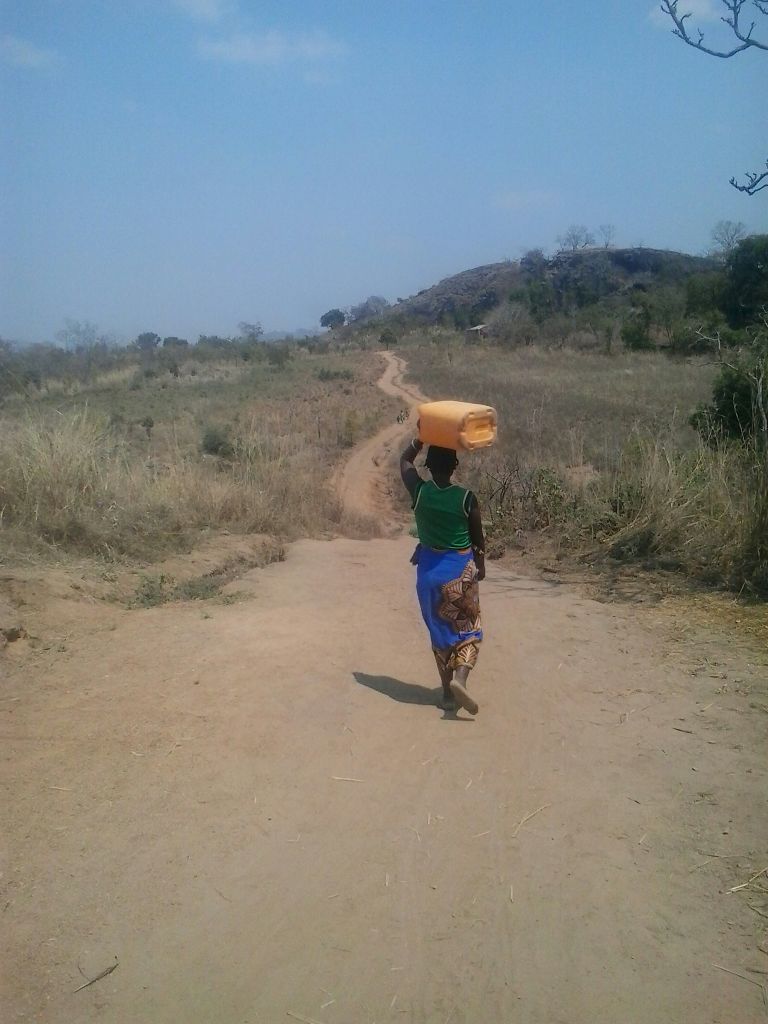 Cape Town has been facing a severe and aggravating water crisis for the past year. Currently legal impositions by the city government restrict Capetonians to a maximum of 50 litres per day domestic water consumption. In late January 12 April was announced to be a probable ‘Day Zero’ when most household water taps were to be cut off, and residents would have to queue at 200 points across the city of four million to collect a daily allocation of 25 litres per person. This would make Cape Town the first major city to face dry taps. After an amount of agricultural dam water was redirected into the city’s dams and according to the municipality domestic water consumption has been halved over the past few months, the date when the taps might be cut off has been pushed back several times, and now stands officially at 9 July. While ‘Day Zero’ has thus been turned from a probability into a possibility and may be avoided if the winter rains arrive reasonably early, a ‘national disaster’ has been declared as a result of the drought. This means that the national government, now under new South African President Cyril Ramaphosa, will be responsible for delivering relief unlike earlier when the situation had the status as a regional Western Cape issue.

The reasons for the disastrous situation have been widely debated. First and foremost the grim drought has been due to a global environmental crisis. Clearly, over the past three years Cape Town’s winter rains have been sparse, only amounting to about one third of what the Western Cape usually receives during the expected heavy downpours between June and September. Most commentators, engineers and environmentalists agree that this is connected to the effects of global warming, with Southern Africa in general, and its coastal regions in particular being among the worst affected.  Secondly, it seems equally clear that there has been a long-time mismanagement of Cape Town’s water provisions. Warnings that the city may run out of water within the near future were raised as early as 1990, yet little additional technical solutions were developed to complement a decaying system of ancient dams located in the winter rain catchment areas. Political blame needs to be laid squarely at the feet of both the former ANC and the current opposition Democratic Alliance (DA) run city governments. Only now during this pressing crisis are expensive and relatively small desalination plants being completed that may, or may not, provide the much-needed additional water resources.

The Cape Town water crisis is arguably caused by both global environmental politics and local mismanagement. It is also a matter of social inequality in neoliberal post-apartheid South Africa. People respond to the crisis with a baggage of past and present experiences in a city as painfully unequal as Cape Town, complete with its violent history of social and spatial division – before and after 1990. Some among the city’s affluent minority have hailed the adjustments and moved to an eco-friendly lifestyle, enforced by the current crisis and its accompanying doomsday panic. This eco-friendly frenzy among the privileged minority has had little resonance among those of the majority to whom an abundance of clean potable water flowing from a private tap has always been a far-off dream.

The suspicion of each other, feeding on the very real experiences of life may even prevent much-needed changes towards a more sustainable resource usage. The following poignant personal observations were written at the time of the rising ‘Day Zero’ panic at the end of January 2018.

I had been away from the city for six weeks. When I returned on a flight packed with German tourists it was the height of summer.  On the approach to Cape Town the cheerful pilot promised comfortable summer temperatures and wished the airline’s ‘guests’ (what happened to ‘passengers’?) a wonderful stay. Looking into the sun-starved Northern European faces I wondered whether any of those coming to enjoy a holiday in the sun had heard of the drought that held the city in its grip. After all, Cape Town’s water shortages had even made it to the mid-morning programme of the local Berlin radio station I had been listening to in my small kitchen in the Prenzlauer Berg neighbourhood of the city.

My fellow passengers seemed not to notice the water-wise banner displayed prominently in the terminal, nor the announcements in the baggage hall that greeted the visitors with the message that Cape Town was at the moment experiencing a severe drought and asked the visitors to help save water.  The male voice from the airport’s sound system sounded cheerful and serene, and wished those arriving for the overseas tourism season that they should ‘enjoy their stay.’

Little had the arrival prepared me for the shock I experienced over the next few days. Colleagues at the university and almost everyone else I spoke with seemed to have only one topic, the impending ‘Day Zero’ when in just over two months the taps would run dry. The City had just announced that from 1 February residents were only permitted a daily 50 litres of municipal water consumption. Newspaper articles and the municipality’s spokesperson were not particularly clear as to what exactly was going to happen when from mid-April water was only going to be available from 200 collection points across the city. How they would provide for the city’s four million people in this way no one said. How one was expected to carry the daily allowance of 25 litres of water no one said. How people were supposed to carry on with their life and work if they had to spend long hours queuing for water collection again no one said. Few people even asked such questions.

Instead people spoke about what they did to save water in ways that rose to a decidedly hysterical collective (and individual) mood. I began to feel it in my bones, and a few days after my return I, too, began to stockpile water from the supermarket in 5 litre plastic containers, something I had never before considered. But now I couldn’t escape the daily rising hysteria. Articles on various websites and the updates on Facebook friends’ timelines triggered a rising fear of the unknown, the impending disaster they suggested. The party was over in parched Cape Town one widely shared article foretold. The most worrying pieces had been penned by some friends who posted long write-ups about water-saving tips.  The days of practical reminders to shower briefly and flush the toilet less frequently were long gone. More peculiar personal behaviours now took the top slot. One Facebook friend elaborated on how she had started urinating into yoghurt containers and emptying them into the garden, another announced with a peculiar sense of pride that ‘gone are the days of luxurious bath towels’, which she had replaced with smaller, thinner towels to save on laundry space. Someone declared with palpable pride that she had ‘mothballed’ the washing machine and how when going out she carried bottled water to public places to save on municipal water for hand washing. A colleague from the humanities faculty posted that she had stopped taking her vitamin supplements to avoid her urine taking on an intense yellow tint, which she thought might be offensive in the unflushed university toilets. Several women used public online forums to contemplate in an entirely serious tone cutting their hair short in order to save water by not have to wash their hair. Others boasted how long it had been since they had last washed their hair. Or how they had changed their meals, having taken pasta completely off the menu and replaced it with water-neutral food.

Coming home with another 5 litres of bottled water, I made a cup of tea, sat down at the kitchen table and thought about these posts. They were, I felt, highly disturbing. Not only did they add to the sense of impending disaster and the pungent hysteria gripping the city, they make me feel threatened in unprecedented ways. After all, for almost a decade I had lived in Namibia where drought and water restrictions were a normal part of life. These posts were pretending to share water saving best practices, and they made me feel exceptionally queasy. It was not only that some suggestions were rather eccentric, it was the tone of these messages that produced unease. The tone suggested that those who posted them were at the forefront of the battles to save the city from the ravages of climate change, incompetent politicians and their fellow residents who lack public spirit. They were the vanguard warriors, or amazons to be precise since they were all women – white women. White women of the educated middle classes, who, as good conscientious lefties paid a nod or two to those of the city’s majority who had never had the luxury of water flowing from a private tap in their home, and who had never had access to more than twenty litres of water a day. Yet the manner in which they presented their new practices left me feeling deeply uneasy; the way in which they wore their oily hair and dry toilet practices as badges of honour seemed to suggest a holier-than-thou attitude.

The students of the mostly black, mostly working-class university where I teach certainly did not have much understanding for the white middle-class women whose newest campaign seems to promote dry toilet practices, who publicise their pee-in-the-yoghurt container, dirty linen and oily hair, I thought. As students returned for the new academic year, and when challenged about such practices some plainly laughed it off. Crisis, what crisis? The water taps are still open! To them the water saving practices propagated on those water amazons’ Facebook timelines are just another white foible, like veganism, or driving small cars of ancient build.

How far we continue to be removed from each other, I thought as I took the empty mug to the sink for a minimal water-saving rinse. How awfully the terrible crisis that has engulfed the city shows up, once again, South Africa’s deep cracks, how insurmountable are its ridges and divides.