Zambian Democracy: All Heat, No Light

Posted at 08:57h in Blog, Featured by ROAPEadmin 5 Comments
0 Likes

After the deaths of two serving Presidents, Levy Mwanawasa in 2008 and Michael Sata in 2014, Zambians have been to the polls five times in the last decade. Their most recent visit, on 11 August, involved a complex series of elections under new constitutional rules including the requirement that the winner secure more than 50% of the vote, even if this necessitated a second round run-off. Voters were offered five separate ballot papers to choose a President, MPs, mayors/council chairpersons, councillors and finally to vote in a referendum on further amendments to the constitution and the introduction of a Bill of Rights. The counting was supposed to take two days. A fortnight later, the Electoral Commission has almost finished posting preliminary results on its website.

The ruling Patriotic Front (PF) won the National Assembly and local government elections comfortably. Turnout was too low for the referendum to pass, even though a majority of those who voted approved. Still, we are no closer to knowing who the next President will be. The incumbent, Edgar Lungu, very narrowly cleared the 50% hurdle in the first round. But the poll has sparked a petition to the (new) Constitutional Court. The opposition United Party for National Development (UPND) claim the results have been rigged and also object to bias in the public media and the ways in which the Public Order Act was deployed throughout the campaign to frustrate their mobilisation.

Previous Zambian election petitions have gone nowhere. A ruling is expected on 1 September on whether the incumbent is allowed to stay in office during the case, or must stand down in favour of the Speaker.  Debates on this question, and whether the President elect ought to have been sworn in (he hasn’t been) have been complicated by playing the game under unfamiliar rules, and by the fact that a typo in the numbering of clauses and poor drafting in the new Constitutional text were not picked up before the election.  The Court will start hearings on the election petition itself on Friday 2 September. Given that it is supposed to rule within a fourteen days of the petition’s submission (two weeks ago on Friday) arguments might well rumble on beyond, not least on what constitutes fourteen days . Whatever happens, these very tight elections will not generate a government able to command widespread acceptance of its legitimacy.

Both before and since the elections, profound political polarization has generated unusually open ethnic tensions and serious political violence that are not unprecedented, but which Zambians hoped they would not see again. The Electoral Commission of Zambia (ECZ) was forced to suspend campaigning in Lusaka Province for 10 days because of the violence. The most influential private newspaper  was closed down (formally by the revenue authority) before the election and the most influential private television station has been closed down (for threatening national security through false reporting) since, armed police walking into the studio in the middle of the 7 pm news to force the channel off the air. Since the election, political retribution has been meted out, including an arson attack on the offices of the opposition party on the Copperbelt, and nine villages in Southern Province being allegedly ‘ethnically cleansed’ by opposition supporters.

It is not obvious how we got to today’s miserable position. Nonetheless, a few preliminary observations can be made. 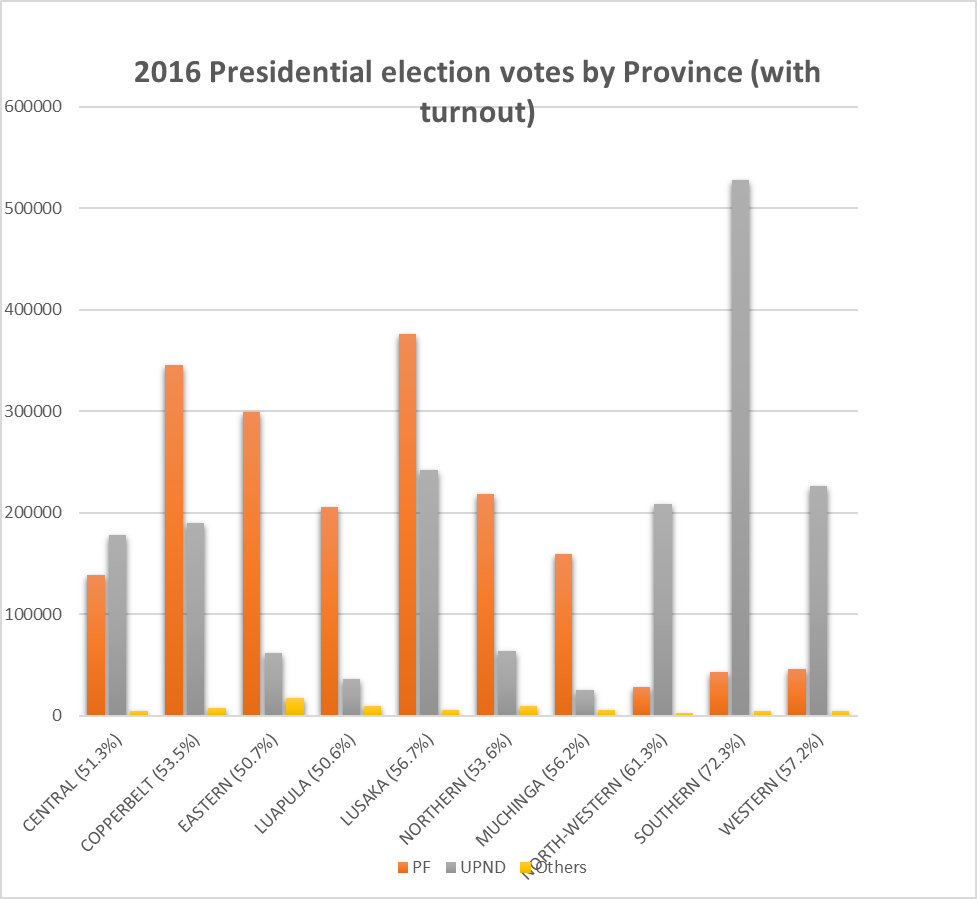 Alastair is a lecturer in African politics at the School of Oriental and African Studies in London and a member of the Editorial Working Group of the Review of African Political Economy.