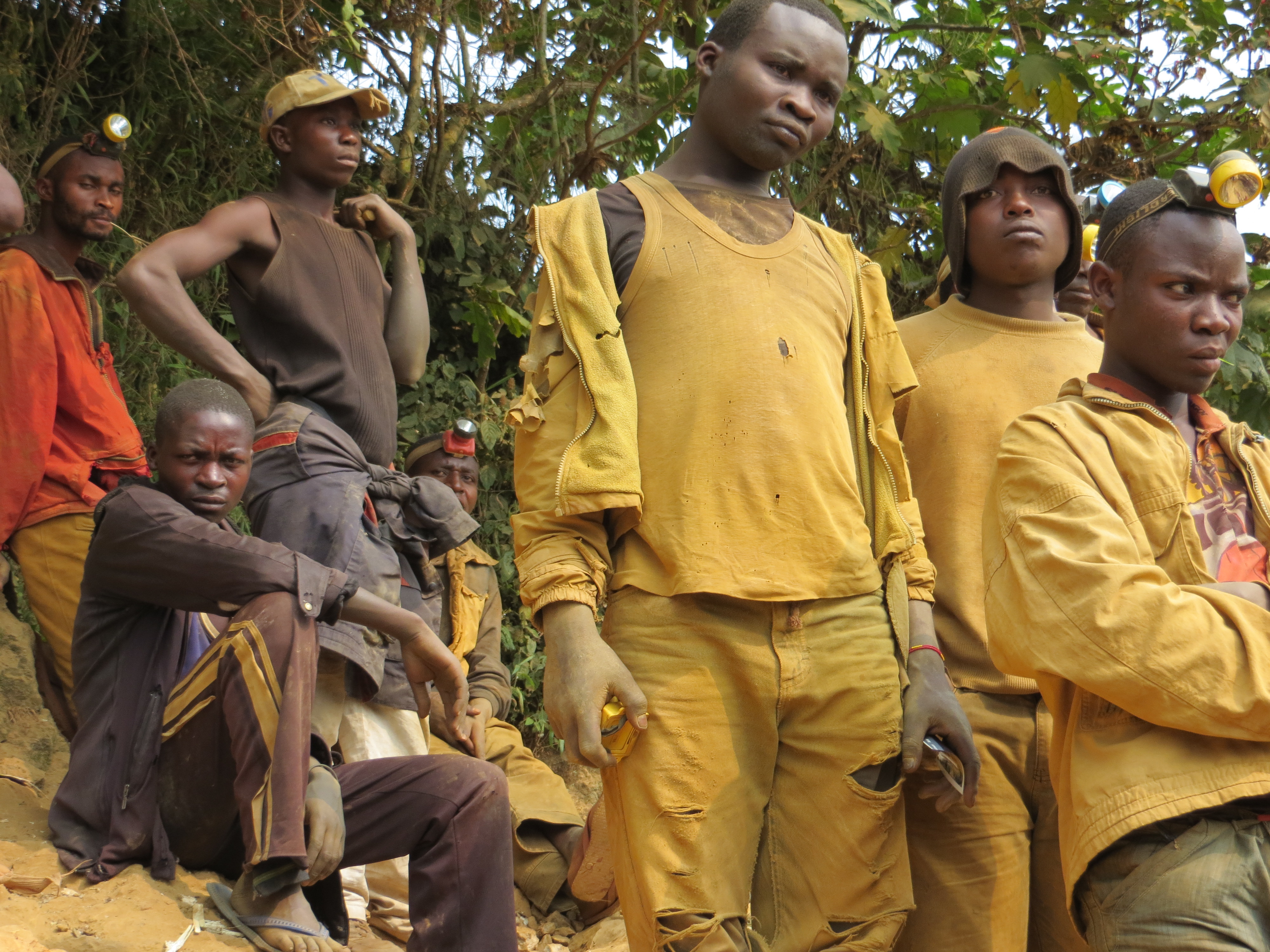 In recent years Western advocacy groups have achieved unprecedented success in mobilising Europeans and North Americans (particularly in the US) behind a ‘conflict minerals’ campaign to help end the conflict in the Democratic Republic of the Congo (DRC). They have also attracted strong criticism, both internationally and in the DRC, for the perceived negative impact of their work. Over the last three years I have been working on a documentary, We Will Win Peace, which is part of this critique. As one local activist told us during the making of the film, ‘the advocacy led by these organisations, we hadn’t understood the goal, as Congolese…If we had been informed before of their intentions, we could have done something.‘ Similarly, speaking to a group of small-scale rural cultivators, one said ‘we didn’t understand what was happening or why such a decision had been made…No-one explained to us what was going on.’ So what was the goal, and what is going on?

While it is important not to conflate the work of all DRC-focused advocacy organisations under the same umbrella, central to the success of the ‘conflict minerals’ campaign was the emergence of a dominant narrative that placed Western consumers at the heart of the solution. The story went that armed groups operating in the eastern DRC were raping women to access and control mineral resources, and that if Western consumers exert pressure on electronic giants like Apple and Samsung to stop purchasing these minerals, they can prevent rape and help end the conflict. In the US, celebrities and sports stars were engaged by the Enough Project to help promote the campaign, whose message appealed particularly strongly to student groups and middle and upper-class liberals. 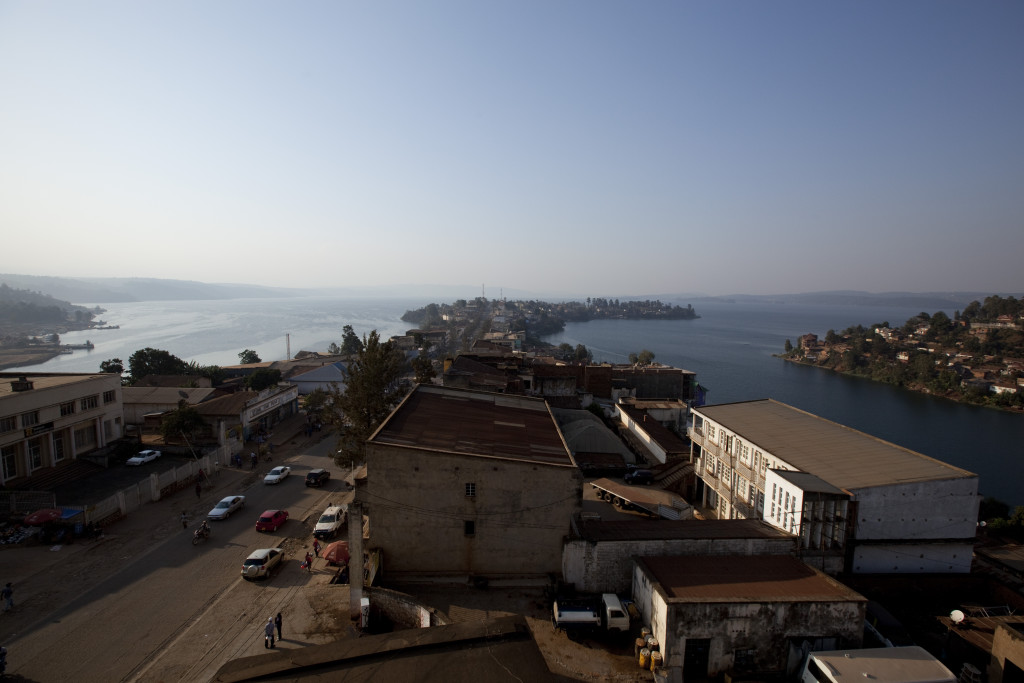 The campaign eventually led to policy successes in both Washington and Brussels. In 2010 (and as We Will Win Peace documents), the Enough Project’s lobbying was instrumental in having Congress pass Section 1502 of the Dodd-Frank Act, which asks all companies registered on the US stock market to reveal their supply chains to the Securities and Exchange Commission (SEC) when sourcing gold, tin, tungsten or tantalum from the eastern DRC or neighbouring countries. In 2014, the European Trade Commissioner proposed European Union ‘conflict minerals’ legislation for discussion, which Amnesty International, Global Witness and a broad coalition of European NGOs are now lobbying to be strengthened.

The foundations of the ‘conflict minerals’ campaign can be traced back to 2001, when a UN Panel of Experts on the Illegal Exploitation of Natural Resources in the DRC submitted its first report to the Security Council, recommending an immediate embargo on the trade in minerals from the eastern DRC due to their systematic exploitation by armed groups as a means to finance their activities.[1] Numerous NGO and other reports followed, and in 2008, UN Security Council Resolution 1856 strengthened the UN peacekeeping force’s mandate to combat the issue.

However, there were three shortcomings to the ‘conflict minerals’ campaign that came out of this work. First, it misrepresented the causal drivers of rape and conflict in the eastern DRC. Second, it assumed the dependence of armed groups on mineral revenue for their survival. Third, it under-estimated the importance of artisanal mining to employment (particularly of young men), local economies, and therefore – ironically – security. Compounding these shortcomings, there was a fatal flaw to the US legislation enacted in 2010: at the time Section 1502 of the Dodd-Frank Act was passed, it was not possible for companies sourcing minerals from the eastern DRC to determine whether those minerals were or were not contributing to conflict.

As a result and due to confusion over the implications of the legislation, international buyers withdrew, and an effective mineral boycott enveloped the region. With minerals the only cash export of note from the provinces of North Kivu and South Kivu, and artisanal mining the main off-farm source of employment, the socio-economic impact on Congolese living in the region was severe, and continues to be felt today. Many lost their jobs or were forced into more precarious labour, as the legislation inadvertently (but quite predictably) strengthened the black market in smuggling minerals to ‘clean’ markets outside of the DRC (see this Open Letter, signed by a coalition of more than 70 Congolese and international experts, for a more detailed analysis of the campaign’s shortcomings and impact).

Today, the policy solution pursued in the DRC by a range of foreign companies, NGOs and donors revolves around an expansion of the Congolese state into areas formerly beyond its control, in order to establish and oversee mineral certification and traceability systems that can attest to their ‘conflict free’ status. Early evidence from artisanal mine sites piloting the first of these systems suggests the process is catalysing the previously lethargic formalisation of artisanal mining, and with it the establishment of formal land tenure agreements.[2] In so doing, the process provides conditions that might be amenable to forms of post-conflict (capitalist) development that has eluded the region for so long. However, this is contingent upon internal dynamics beyond the control of external actors, and will not take place overnight. Indeed, this is an oft-heard refrain by those who defend the campaign and the impact of Dodd-Frank 1502. While conceding that the short- and now medium-term impact has been harmful to many Congolese, the argument is made that the policy is aimed at long-term change. 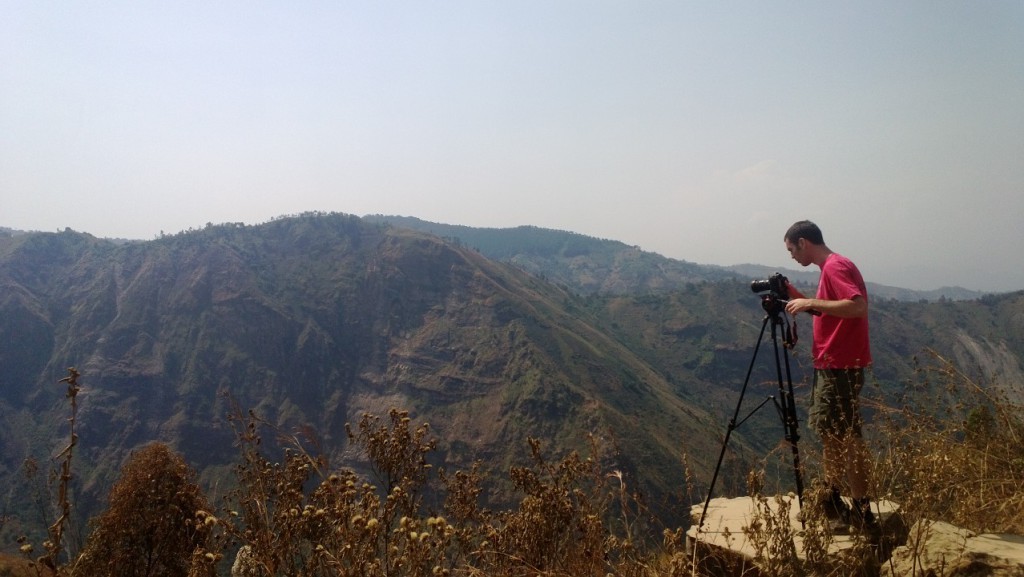 Meanwhile, ‘en attendant’, the change enacted negatively affects the lowest classes of labour and already marginalised social groups by accelerating and creating new processes of dispossession, economic exclusion and social differentiation (albeit built on pre-existing inequalities). Herein lies the main tension in the work of Western advocacy organisations, and the reason they attract such strong critique: there is a heavy dissonance between their stated constituency and their actual constituency, or who they work for and who they work with. Reading the reflections of the radical American organiser Saul Alinsky, two major themes are apparent in his work.[3] First, the need to simplify your message to mobilise people from apathy to action. On this point, the ‘conflict minerals’ campaign has been extremely effective. Where the campaign falls short, however, is the second theme in Alinsky’s work, which is how close he always was to the constituency he represented. He either lived in the community he was helping organise, or he had been invited in to help them pursue solutions to problems they themselves defined (to paraphrase Alex van der Waal, himself a strong and vocal critic of what he has labelled ‘designer activism’).[4] Yet the relationship between advocacy organisations headquartered in Western capitals and their supposed constituency of marginalised or disadvantaged African groups is far more tenuous.

This is because often, the organisations have no permanent presence in the countries affected by their policy successes. Even for those who do have an in-country office much of their time is spent working with government, business and other elites in national and provincial capital cities. The majority of people who stand to be most affected by the policy outcomes of their advocacy, living in rural and peri-urban areas, will not have met them nor know who they are. One of the most striking elements during the making of the film was the difficulty of finding Congolese people in these areas who both knew about and were supportive of the ‘conflict minerals’ campaign, beyond a narrow but influential consortium of church leaders. Indeed, many bemoaned the lack of engagement with the Congolese classes and social groups who stood to be most directly impacted by policy change in Western capital cities. While the advocacy organisations use images of the poorest and most vulnerable in their marketing material, in reality they work predominantly with elites, and the disruptive and contingent process of state-building they engage in and promote often works against the very people they claim to represent.

And so, to return to the ‘conflict minerals’ campaign, organisations such as the Enough Project claim that progress is being made, and critics counter that on the contrary, harm is being done. There is truth to both claims, but they are focused on different aspects of the same process. To resolve this tension and to respond to the criticism, Western advocacy organisations are faced with a choice. They could change how they market their interventions and talk about their work. Helping strengthen the state in peripheral countries such as the DRC is a legitimate pursuit, not least as history tells us that an interventionist state is a necessary prerequisite to lessening dependency and advancing capitalist development in the Global South. However, it will likely be difficult to mobilise people and funding around long-term goals that are contingent and that entrench new forms of class conflict that negatively impact the poorest and most marginalised.

Alternatively, and perhaps more realistically, they could reorient their efforts to working not just for but with the non-elites they use to promote their public image and in whose name they justify their external interventions. What their work would lose in structural impact, it would gain in honesty and legitimacy, both in the DRC and abroad. The groups and classes of artisanal miners, peasants and other informal workers we spoke with would come to know more concretely who the organisations are, and influence more strongly the direction of their work. They would also provide more appropriate solutions to their own problems and struggles than the pursuit of overseas policy change which fails to respond to their local needs.

Ben Radley is a PhD candidate and film-maker based in Kinshasa and working on the re-emergence of industrial mining in South Kivu Province, with a focus on how foreign direct investment enters into and influences local labour and accumulation regimes.

[1] Vogel and Radley (2015) ‘Fighting Windmills in Eastern Congo: The Ambiguous Impact of the ‘Conflict Minerals’ Movement’, The Extractive Industries and Society 2: 406-410.

[2] Verbrugge, Cuvelier and Bockstael (2015) ‘Min(d)ing the Land: The Relationship between Artisanal and Small-Scale Mining and Surface Land Arrangements in the Southern Philippines, Eastern DRC and Liberia’, Journal of Rural Studies 37: 50-60.