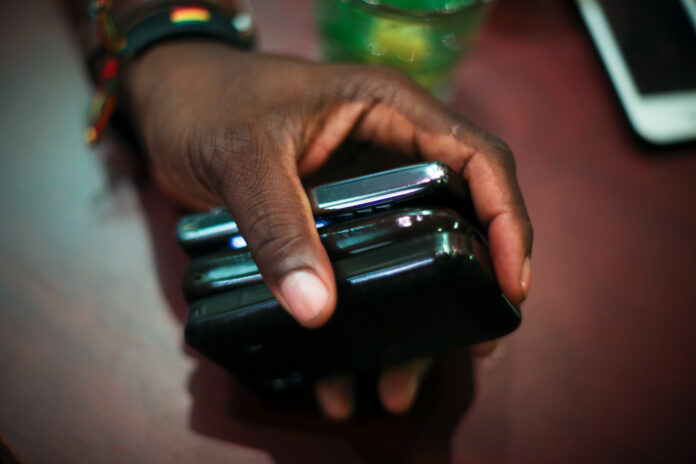 The dramatic changes at Twitter provide a good moment to reflect on how platforms are entangled with material inequalities that shape the vibrancy of African digital publics. Scott Timcke and David Mastey take us through the major issues and argue that with the abrupt destruction of online public content our histories are at stake.

By Scott Timcke and David Mastey

When platforms fold, all of the irritating grifting within that venue ends. But so too does the communal learning that emerged from sharing insights and perspectives across the networks that users collectively built alongside programmers. The artifacts of cultural production endure only for as long as URLs through which we can access them remain active. This is an acute issue for African digital publics, one that coincides with wider digital transformations that showcase exciting ideas about what these publics could look like across the continent.

Networked citizens’ discussions take place on WhatsApp about the performance of newly devolved county governments in Kenya. Charismatic figures are developing strong followerships through gossip websites and online tabloids in Rwanda. Surreptitious election campaigning and far-reaching debate unfold through Facebook pages in Zimbabwe and Zanzibar. There is an efflorescence of #hashtag commentary, satire, and the rise of a Twitterati. The cacophony of shared voices made possible by the continent’s rapid growth in mobile and internet connectivity at first seems beguiling.

As much as we agree with this view about the ‘diversity and dynamism of publics in practice’, we also recognize that WhatsApp, Facebook, and Twitter are the platforms that mediate this energy. And while digital platforms provide new forms and forums in the public space, they are equally vulnerable to enclosure.

The archive of public understanding that African users produce on these platforms cannot be easily replaced when links expire. The abrupt closures of platforms disproportionately impact communities, for which data storage is not internally managed because costs are prohibitive. The same applies to organizations without their own web domains and so rely upon platforms to conduct their business, as is common throughout Africa. Given these ramifications, it is worth thinking through the public implications of a platform folding.

Big Tech companies have light corporate footprints in Africa, if any at all. Indeed after having only established an African office in the second half of 2021, Twitter laid off half the staff in Ghana in the past month under the direction of its new owner Elon Musk. In the meantime, while ideas around digital sovereignty and data localization policy are gaining traction, right now there are few data centers in African countries.

One source for current African digital publics is the formation of digital networking itself. The internet has been fairly stable in the past decade as mature products and infrastructure have become interwoven into everyday life. This stability is also due to the rise of powerful platforms fuelled by low interest rates producing spectacular (sometimes incomprehensible) valuations.

The bedrock for this stability can be traced to the 2000s. This period of the Internet’s history saw experimentation with digital services and a broader shift to make user data the product. A whole suite of services that were once considered free and fundamental to the internet (like email, web forums/BBS, etc.) became enclosed and bundled together into proprietary packages. The lure of the monetization of the data users created through using these bundled services has been strong. Audiences are increasingly consolidated into a small number of platforms, with network effects leading to monopolistic power.[1]

Additionally, there was also consolidation of platform ownership by leveraging asset prices to finance acquisitions of growing rivals or capture growing markets, like Facebook’s acquisitions of WhatsApp and Instagram, or Twitter’s acquisition of Vine. Throughout this period, profitability was a secondary consideration provided the value of platforms increased. But with Big Tech firms losing US$800 billion in late October 2022 (nearly twice the 2021 South African GDP), as well as the lure of investors back to the ‘old economy’ – due to the Biden Administration’s coherent industrial policy – our naive assumptions about the constancy of platforms may be changing.

These changes have substantial and potentially permanent ramifications for the inequality between the ‘haves’ and the ‘have nots’. Yet again, the effects of decisions made in Washington, New York and San Francisco will reverberate in Nairobi, Cape Town, and Addis Ababa.

It is well known that Big Tech creates enormous wealth and income inequalities. It is important that citizens and researchers pay attention to these areas. Of equal importance are questions that focus on what happens to the data when platforms fold. Although Twitter is most recently in the news, this is a recurring problem.

In 2019, MySpace effectively purged its server storage, even while claiming it suffered from a data migration error, causing  the loss of 12 years of community-generated content, including roughly 50 million music tracks curated by 14 million artists. This archive of the most dominant social media site of its time is now irreparably lost. Over the last year, the public archival features of Vine, another widely used platform that both inspired and created an audience for TikTok, were discontinued. Other examples include Deja News (2001), Google Groups (2008), Geocities (2009), Tripod and Angelfire (2009), Delicious (2010), Google Reader (2013), and Google+ (2019), among other hosts and platforms.

Of course, some users may be relieved by the closure of these services, as they no longer want to be associated with past uploads, a sentiment the EU has enshrined into law with its 2012 Data Privacy Act. Still, the abrupt destruction of previously widely accessible public content has real-life implications for how publics remember, forget, and contextualize their current affairs. In effect, our own histories are at stake.

African scholars are well aware that due to structural adjustment and other factors, meagre state subventions to universities have led to the general degradation of archival collections. Dwindling budgets makes acquisition, preservation, and maintenance of local archives very challenging. Civil conflict exacerbates this problem.

With common ways of work now relying upon computation, and without budget lines dedicated to digitizing the vast collection of 19th and 20th century archival materials, the field of African Studies is likely to lose knowledge in a process analogous to analog decay. The point is that the digital divide, which emerges between those who have archived and have continued access to the material and those who have not, will almost certainly have considerable ramifications for African epistemological self-fashioning. The same applies to the vast writing and other forms of self-expression posted by African content creators on platforms.

Consider the late Pius Adesanmi’s Twitter feed, which now serves as a memorial.[2] Adesanmi was a leading public intellectual in Nigeria and winner of the 2010 Penguin Prize for African Writers for his book of essays You’re Not A Country, Africa before his unexpected death in 2019. Not only did many of the essays in his collection take form on Twitter, but equally as important, Adesanmi spoke to (and sometimes for) generations of domestic and diasporic Naija audiences. Twitter helped him to project his voice loudly enough that even the Global North began to listen. Certainly, his essays in Nigerian newspapers will still be available for as long as their servers exist. Yet before long his Twitter content and the conversations it engendered will inevitably disappear.

For a period of time that is both exceedingly long in the lifespan of the Internet, but also worryingly short from a historical perspective, the US Library of Congress was gifted the entire archive of public tweets from 2006 onwards until this initiative ended in 2017. Some tweets are still acquired ‘on a selective basis,’ however leaving aside the question of whether Africans are adequately represented in this archive, it is evident that Africans have no formal role in deciding preservation or access. So even if Adesanmi’s tweets from 2018 and 2019 were selected, for example, how feasible would it be for a student in Abuja to read that material and view it in a curated context? Perhaps no easier than it is for Liberian citizens to access their national archives, notwithstanding the obvious care with which Northern scholars have attempted to preserve them.

The tragedy of losing an archive has an impact on African civil society organizations too. These organizations often operate over long distances, making monitoring and documentation of human rights abuses a difficult endeavor, even in the best of circumstances. Without taking anything away from Nigerian activists who drew attention to the abuses by the Special Anti-Robbery Squad, it matters that there were 28 million tweets using #End_SARS in October 2020. Without Twitter, #End_SARS would have been unlikely to draw domestic and international attention to the police abuses. (Or to connect them to #BlackLivesMatter movement, for that matter). This attention was almost certainly a central consideration for the Nigerian Police Force’s decision to disband the unit. The #End_SARS campaign is particularly notable because it illustrates a conjecture in which a youth population have created a participatory digital media culture that has strengthened transnational connections between Africa and diasporas in the West.

For activists, organizations and movements looking to create backups of their knowledge, public archiving projects on Archive.org and Wiki Commons do exist. These sites offer a free-for-user method to preserve African-oriented online content that are less likely to be monetized, paywalled, or decommissioned. Smaller businesses in the Middle East and India use Archive.org to upload image files, for example, and point their web-based image links to Archive.org as a source, to get around data limits from web hosts. Elsewhere on the site, museums are uploading images of collections, and scans of rare books. While not discounting the value that these archival platforms offer, they typically do not have the rapid sharing features of social media sites, nor the ability to tag other users to get their attention (or, indeed, the hundreds of millions of users found on commercial platforms). Without the more advanced features and archiving tools found on Twitter and similar sites, and with content on those platforms increasingly jeopardized by market forces, it will likely become harder for civil society organizations to undertake the work of building social justice movements.

Returning to the ‘cacophony of shared voices’, it is well beyond time that African digital publics be supported by creative policy tools that enforce the right for African-based accounts to be able download their own data archives.

Acknowledgements: Thanks are due to Jay McKinnon and Hanani Hlomani for conversation and critique.

David Mastey is an independent scholar based in Toronto, Canada. Trained as a literary critic (PhD English, 2015), David previously specialized in trans-Atlantic world literatures and is a former tenure-track professor at the University of the West Indies-St. Augustine (2016-2019).

[1] Recently Robin Mansell and W. Edward Steinmueller wrote that ‘digital platforms are distinguished by their use of technologies for linking multiple suppliers and consumers or citizens. They establish these links by making use of data gathered either directly from users or by observing their behavior.’