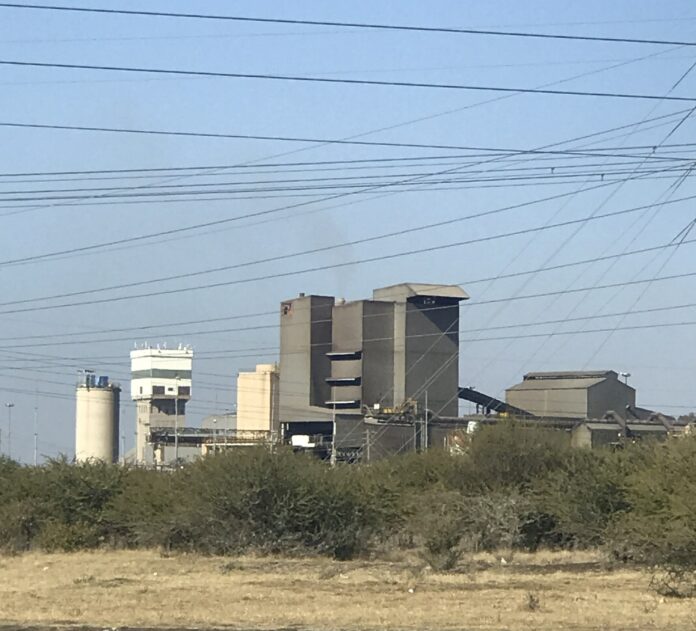 Joseph Mullen introduces a pamphlet written for the 10th anniversary of the Marikana Massacre. The pamphlet is a guide to be used to educate those unfamiliar with the massacre, and as a call for internationalist, anti-imperialist solidarity with the ongoing struggle in South Africa. It also seeks to study the strategies of solidarity with the mineworkers, particularly South-South solidarity. The full pamphlet (available in this blogpost) is a vital educational document for reading groups, activists and students.

The story of the Marikana Massacre began a decade ago, in the periphery of the periphery, during a strike by the mine workers. South Africa’s “platinum belt” holds more than 86% of the world’s platinum reserves; there, imperialists drain open veins of their precious minerals and send them down the arteries of the value chain, pumping lifeblood into the imperial core.

These imperialists aren’t just the mining companies like Lonmin (“London Minerals”), but also the purchasers of the platinum, like Badische Anilin-und SodaFabrik (BASF), a German chemical company which was Lonmin’s main customer, buying 50% of the Marikana mine’s yearly production worth around $660 million. In the post-Apartheid era, the ally of the imperialists is the business class of South Africa, furthering a state of neo-colonialism. The primary actor in this role is Cyril Ramaphosa, the President of South Africa, and a billionaire, who was on the Board of Lonmin at the time of the massacre.

We can’t understand what happened at Marikana on 16 August 2012 without understanding how imperialism operates at these three levels simultaneously: the local level of the direct exploiter (Lonmin), the national level of the comprador class (Ramaphosa and the African National Congress) and at an international level, with the companies that make products from extracted resources (BASF).

When mineworkers went on strike in 2012, they were not only earning Lonmin US$6 million a day, but also producing US$2 million worth of platinum a day for BASF. Though they produced incredible levels of value for their bosses, the workers were paid just US$6000 a year. By demanding higher wages, they threatened the super-profits of an international capitalist class.

If we understand imperialism, then what happened next was predictable. The imperialists and compradors agreed to eliminate the strikers. Albert Jamieson, Lonmin’s chief executive, wrote to the minister of Mineral Resources, Susan Shabangu, demanding that “the State… bring its might to bear on this crucial sector of the economy”; simultaneously, Lonmin’s board member Ramaphosa said the government was “dealing with a criminal act …[and] there needs to be concomitant action to address this situation”.

At the end of the massacre on 16 August, 2012, 34 mineworkers were dead. Seventeen were shot from behind as they fled from police. This was capital punishment: summary executions by militarized police defending international capital. Today, as bloodstained platinum continues to be mined and shipped north, and South Africa and the entire Global South continue to be denuded of their resources, there is no justice for Marikana.

In a collaboration between the University of Johannesburg’s Centre for Social Research and Practice (CSRP), the Marikana Support Campaign, and the Cadre Journal we produce a pamphlet Anti-Imperialism in the 21st Century: Solidarity after the Marikana Massacre in South Africa. This pamphlet hopes to educate readers globally about the massacre, and how workers, students, and activists mobilized in solidarity with Marikana workers. We sketch the spectrum of solidarity that emerged on a local, national, and international level after Marikana.

Within the platinum belt, workers continued the struggle against Lonmin by launching massive strikes, culminating in the Great Strike of 2014. This strike was the longest in South African history, plunging platinum production by 26% in 2013-14, thus causing massive losses.

Activists affiliated with the Marikana Support Campaign and the Gauteng Strike Support Committee showed solidarity for the strikers by organizing marches, providing food to strikers, and promoting a counter-narrative of events that challenged the state’s official “bloodwash” of the massacre.

In subsequent years, a general outburst against the neoliberal post-Apartheid state took place nationally. Student movements like #RhodesMustFall and #FeesMustFall took the anger that young people were feeling at the failures of South African democracy and galvanized them into campaigns against the same state. National political movements like the Economic Freedom Fighters (EFF) and the National Union of Mineworkers of South Africa (NUMSA) challenged the ANC. Marikana revealed the hypocrisy of the so-called democratic transition in 1994.

Days after the massacre, protests occurred at South African embassies in New Zealand, the USA, Turkey, Ireland, Canada, and more. A major campaign, Plough Back the Fruits, began protesting BASF shareholder meetings. Protesters picketed each annual Lonmin shareholder meeting in London. Other displays of solidarity also came from Global South countries like Brazil, Zimbabwe, Pakistan, Nigeria, and Chile. We emphasize the message from Chile, sent by Miguel Santana Hidalgo, Vice-President of the Copper Workers’ Confederation. Hidalgo draws parallels with mining companies like Anglo American, which mines platinum in South Africa and copper in Chile. Hidalgo asserts that “as long as … action by …[these]… companies is allowed to continue, we will continue lamenting that events like those that happened in Marikana continue to occur”. The linkage of Chilean and South African workers shows the possibility of international working people’s solidarity.

We conclude the pamphlet with reflections a decade later. Lonmin was bought out in 2019, but the new corporation, Sibanye-Stillwater, is indistinguishable. They pay their CEO a US$19 million bonus while workers continue to get nothing. The top ten owners of Sibanye-Stillwater are all American firms. Meanwhile, Ramaphosa still hasn’t been held accountable for his part in the massacre, and BASF has never paid reparations for their role in the events.

Our pamphlet is educational and we encourage readers to share it with anyone irrespective of their knowledge of Marikana. It has definitions, explanations, diagrams, and a set of six concluding questions that can be used for discussion groups. A recent survey found that only 40% of South Africans feel they understand Marikana 10 years on; there is much work to be done to conscientise the workers of South Africa, let alone the entire world, about what happened.

The solidarity action for Marikana offers us a vision of working class internationalism, where workers and activists can fight against capitalism as a world system by organizing internationally. To do so, they had to cross transnational divides and take advantage of social media and instant communications to mobilize a network that could work at a global level. If we can use this network of solidarity as a basis for future struggle, we can move anti-imperialism from abstraction to action.

While this internationalism might still seem abstract, we must remember that imperialism is all too real and remains, as Marx wrote “dripping from head to toe, from every pore, with blood and dirt” from its extraction of labour and resources in places like Marikana. Our mission is to stop the bleeding and close the open veins of the Global South once and for all.

Joseph Mullen, Anti-Imperialism in the 21st Century: Solidarity After the Marikana Massacre in South Africa, Centre for Sociological Research and Practice, University of Johannesburg, Johannesburg.

Joseph Mullen is based at Cornell University and a member of the Cadre Journal, a group focused on anti-imperialism.