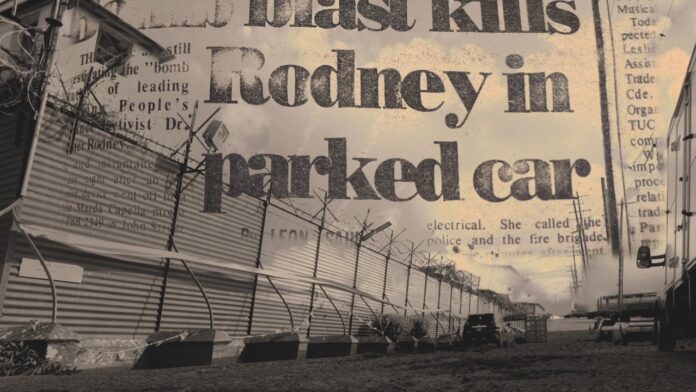 Attend the world premiere of a documentary that explores the life of historian and revolutionary Walter Rodney. Filmed in Guyana, Barbados, Jamaica, Tanzania, the US, and the UK, featuring revelatory interviews, it examines the life of a man who sought unity in the face of division and whose ideals lie at the heart of global struggles today.

Walter Rodney was killed in 1980 in Guyana, South America by the CIA, and MI5-supported autocratic government of Forbes Burnham. Forty-one years after his assassination, the Guyanese government has finally acknowledged the state’s role in his murder. 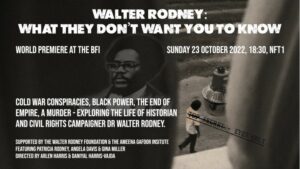 We are delighted to announce that joining the discussion will be Patricia Rodney (CEO of The Walter Rodney Foundation, academic and author), Gina Nadira Miller (activist politician), Lavinya Stennett (founder of Black Curriculum), Arlen and Daniyal Harris-Vajda (directors). The discussion will be chaired by David Dabydeen (broadcaster, novelist, poet and academic).

Supported by The Walter Rodney Foundation and the Ameena Gafoor Institute.