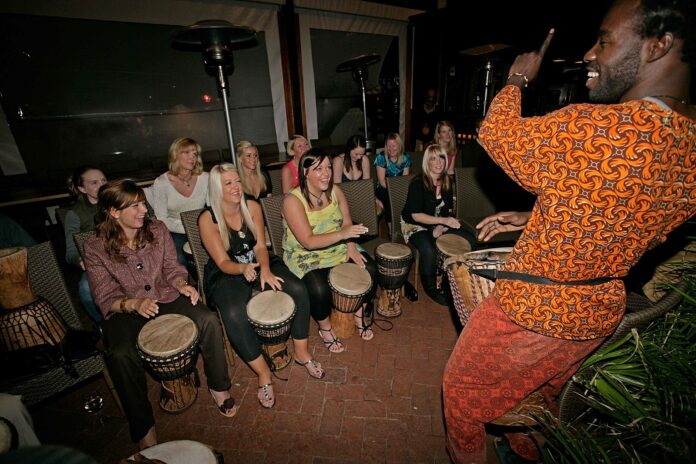 Across Africa projects of capitalist extraction still ensure evictions, mass expropriations of land and misery. Today the government of Tanzania wants to expand the space for luxury tourists to enjoy picturesque views of nature – a wildlife fantasy of nature supposedly untouched by humans. Laibor Kalanga Moko and Jonas Bens argue that justification for the dispossession of indigenous communities has shifted from “economic development” to “wildlife conservation”.

In 1913, Maasai communities went to the High Court of British East Africa, because they were trying to stop the colonial government from evicting them from a large part of their land – which is in today’s Kenya. At that time, the colonialists wanted to pave the way for white settlers to use the land for private capitalist enterprise. Back then, in 1913, the Maasai were unsuccessful.

This year, another court decision is expected, this time around by the East African Court of Justice, where Maasai communities seek redress against the renewed threat of eviction. Now, the government of Tanzania wants to expand the space for luxury tourists to enjoy picturesque views of nature in Ngorongoro district – a kind of nature supposedly untouched by humans. While the outcome of the court case is yet unsure, the government continues its harassment of Maasai communities.

It seems not much has changed in the basic constellation between Maasai pastoralists and their governments. Maasai are continuously forced to leave their land through violent means. At recent demonstrations, dozens of Maasai protesters were severely injured. What has changed, however, are the discourses through which governments justify the dispossession of the indigenous communities – from “economic development” to “wildlife conservation”.

In 1913, “development”, “modernization”, and “economic progress” were central keywords to justify the dispossession of Maasai lands. Arguments such as these remain of central importance even today, for example when people are being forced to leave their homes because of large-scale mining operations. People can lose their land either directly by forced eviction, such as in the recent examples from the Karamoja region in northern Uganda or Senegal, or indirectly because their homelands become too toxic to live in, as in the case of communities around Lake Malawi. Here, justifying discourses are often not very sophisticated. One newspaper article reporting on Zimbabwean villagers about to be forcefully evicted from their homes to make way for a Chinese mining company ends with the laconic sentence: “In a statement, the embassy said Chinese investors in Zimbabwe are working for the betterment of the country”.

In case of East African Maasai communities fighting to remain on their land in 2022, the vocabulary of land dispossession has shifted from “economic development” to “wildlife conservation”. Studies show that wildlife conservation has increasingly been used as an argument to evict indigenous communities from their homelands. This trend can be observed since the 1990s and is prevalent in all parts of the world, but particularly in South and South East Asia, North America, and Africa. Another recent example from East Africa is the attempt of the Kenyan government to force 20000 members of the Ogiek ethnic group from their ancestral lands in the Mau Forest on the grounds that the forest constituted a reserved water catchment zone and the Kenyan state had to conserve it.

One reason for this change in discourse is that in the eyes of many people in the international community, economic reasons alone have lost some of their argumentative force to justify an infringement on indigenous rights. As indigenous movements have gained standing in international organizations such as the United Nations, they have done much to convince people that indigenous cultures deserve protection from certain economic interests in “their” nation states. Article 32 of the United Nations Declaration for the Rights of Indigenous Peoples, for instance, states that “indigenous peoples have the right to determine and develop priorities and strategies for the development or use of their lands or territories and other resources” and that the nation states must take “appropriate measures” to mitigate the “adverse environmental, economic, social, cultural and spiritual impact” of economic enterprises. Because of these indigenous rights discourses, indigenous communities have moved into a significantly better position to publicly protest land evictions when they are simply justified as serving “the betterment of the country”.

Protecting lions and elephants from extinction, however, is another matter. In this framework, powerful donors and environmentalist organizations from Europe and the US are much more inclined to prioritize the interests of endangered animals over the interests of humans. But even though the language has changed, colonial projects of capitalist extraction still determine the political agenda.

Those who demand that Maasai communities must leave their lands in Ngorongoro district argue that Maasai pastoralism, the economic system in which herding of cattle is the main livelihood, damages the environment and endangers wild animals. Critical conservation scientists, however, insist that the narrative of “animals versus people” presents a false choice. Studies show that indigenous pastoral communities such as the Maasai rarely negatively affect wildlife conservation, not least because they do not engage in hunting. Instead, it is very telling that many of the wild animals that still exist in East Africa reside in Maasailand. History clearly shows: The economic system that systematically destroys wildlife is capitalism, not pastoralism.

Many think that wildlife conservation regulations prevent the capitalist commodification of land because human settlement and specific economic uses such as mining and intensive agriculture are banned in conservation areas. But this underestimates how much money international luxury tourism companies make out of wildlife conservation areas. These companies sell their clients fantasies of untouched nature – an idea that is endlessly repeated in romanticizing wildlife documentaries. This capitalist commodification of images of “nature without people” is being decried by critical conservation scientists. In 2019, revenues from the tourism sector amounted to US$2.64 billion, or 4.2 % of Tanzania’s GDP.

Although these luxury tourism companies depend on wildlife conservation measures to keep out the humans, they are not always taking the protection of animals very seriously. Numerous companies in Tanzania offer big game hunting to their high-end clientele from the US, Europe, China or Arab countries. On the websites of such companies, one can frequently find pictures of foreigners proudly posing in front of a buffalo or a lion, one they have slain themselves.

Maasai people in northern Tanzania, including those in Ngorongoro district, have over the years experienced violent evictions in their ancestral lands to give room for exactly these kinds of hunting companies. In Loliondo, one of the areas in the district, people have been evicted to allow the Ortello Business Corporation (OBC), based in the United Arab Emirates, to conduct game hunting activities. In 1992, the Tanzanian government granted OBC an exclusive private hunting licence. The long-term plan is to establish a 1500 km2 wildlife corridor exclusively for OBC hunters. In the last years, both state security forces and OBC’s security guards have repeatedly used violence and harassment against Maasai “trespassers”.

All the while, the Tanzanian government has made the intensification of tourism a political priority. President Samia Suluhu Hassan ranks it highly on her agenda and has clearly stated that she sees international tourism entangled with international investment. Recently, she participated in a lavish wildlife documentary made by US American TV producer Peter Greenberg, called “The Royal Tour”. Afterwards, she went on a promotion tour through different countries, including the US, to show the film and to market international tourism investments  – endlessly reported on in national television.

In one telling scene in this documentary, Suluhu Hassan and Greenberg are shown flying in an airplane over Maasai territory. The president introduces the Maasai as “one of the newest” arrivals to Tanzania, migrating from the Nile valley “only in the 1700s”, thereby echoing longstanding narratives by the government that Maasai are not “really” indigenous to the region. Then, Greenberg picks up the thread and comments that it was “fascinating to see these primitive tribes still holding on to their traditional values”. As an elderly white male voice off screen, Greenberg tells the viewers that although the Tanzanian government had attempted to convince the Maasai to change their way of life many times, “they persisted to clinging to their ancient ways”. In summary, Greenberg says, “they may not have a choice now and need to find other ways to support their families”.

What a chilling self-fulfilling prophecy. If not anything else, movies like these showcase the unholy alliance of capitalist agendas to commodify indigenous lands, colonial imagery of African nature untouched by Africans, and the misleading appropriation of conservation discourses. In order to understand what is behind the violent mass evictions of Maasai communities from Ngorongoro district it is crucial to unmask the capitalist agendas of enrichment that underlie these indigenous rights violations, and the “colonial conservationism” that is mobilized to justify them.

Jonas Bens is a Senior Research Fellow in the Department of Social and Cultural Anthropology, Freie Universität Berlin, Germany.

A previous version of this piece erroneously said that the Maasai went to the the Privy Council in London with their case. They planned to do so, but it did not materialize. We are indebted to Lotte Hughes for pointing out our mistake. A detailed account of this court case can be found in chapter 4 of her book Moving the Maasai: A Colonial Misadventure (Palgrave, 2006).