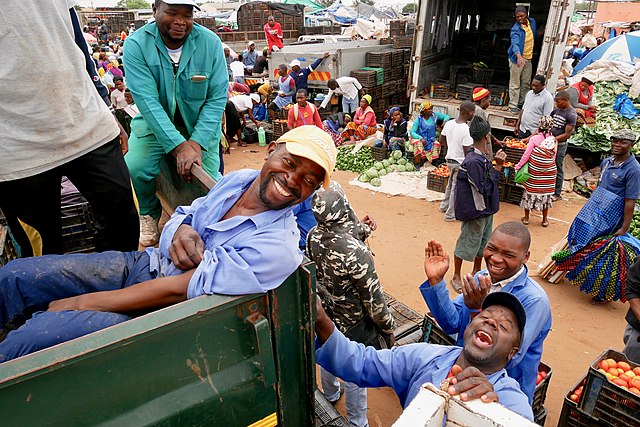 Introducing ROAPE’s latest special issue on Mozambique’s political, social and economic trajectory. In this blogpost, we share short videos by authors of the issue who introduce their topic. The articles by Rosimina Ali, Sara Stevano, Carlos Muianga, Natacha Bruna are available to read until 30 June 2022 (see link at bottom of page).

Throughout the 1990s and 2000s, international organisations, development cooperation agencies, financial institutions and the media often described the Mozambican economic, social and political trajectory as a ‘miracle’. However, contradictory assessments of Mozambique’s performance began to emerge in the 2010s. While the IMF’s Managing Director Christine Lagarde highlighted Mozambique’s impressive economic growth in 2014, The Economist highlighted the country’s soaring sovereign debt in a context of increasing FDI and aid inflows, and how credit rating agencies downgraded the creditworthiness of the Mozambican economy from stable-average to severe risk of default.

This special issue attempts to make sense of the contradictory assessments of the Mozambican trajectory by looking at the class structure and the historic, systemic contradictions of capitalism in Mozambique. It explores the challenges posed by the inherited colonial structures of accumulation for social and economic reproduction. In particular, how and why capitalism – in post-colonial Mozambique and under global neoliberalism and financialisation – failed to develop, diversify and articulate a dynamic productive basis. Instead, capitalism in Mozambique evolved as speculative, dependent on unproductive links with multinational capital. These characteristics of the mode of accumulation caused increasing inequality and social exclusion, of which mass displacement of people from the land is part and parcel, and a pattern of extractivism which has exacerbated the environmental crisis. In the videos below, some authors of the special issue provide insights into their articles.

Work in agro-industry and the social reproduction of labour in Mozambique: contradictions in the current accumulation system

Rosimina Ali and Sara Stevano discuss the tensions between job creation and employment quality in the system of accumulation in Mozambique. Addressing job quality is critical because Mozambique’s economic structure has mostly failed to generate stable work, pay and dignified working conditions. However, this is neglected in the mainstream view of labour markets, which is dominated by dualisms and limited by its blind spot regarding social reproduction. The authors follow a political economy approach informed by a social reproduction lens and draw on original primary evidence on agro-industries. They argue that low-quality jobs reflect the current mode of organisation of production, in which companies’ profitability depends on access to cheap and disposable labour and relies on workers’ ability to engage in multiple, interdependent paid and unpaid forms of work to sustain themselves.

Rosimina Ali is a researcher at the Institute for Social and Economic Studies (IESE), in Maputo. Her research is focused on the political economy of labour markets, social reproduction, socio-economic transformation and dynamics of capital accumulation, with a specific focus on Mozambique.

Sara Stevano is a senior lecturer in economics at SOAS University of London. She is a development and feminist political economist specialising in the study of the political economy of work, well-being (food and nutrition), inequalities and social reproduction. Her work focuses on Africa, with primary research experience in Mozambique and Ghana.

Rosimina’s and Sara’s article can be read here.

The expansion of capitalist agricultural production and social reproduction of rural labour: contradictions within the logic of capital accumulation in Mozambique

Carlos Muianga argues that in Mozambique, policy discourses supporting the expansion of large-scale capitalist agriculture have largely focused on its potential to increase agricultural production and productivity, rural employment and income, and their impacts on poverty reduction. Yet, in focusing narrowly on these dynamics, they have ignored the contradictions of social reproduction of labour often associated with the expansion of capitalist production. This paper explores these contradictions by considering primary and secondary evidence from two contexts of expansion of large-scale capitalist agriculture in Mozambique: sugar cane and forestry plantations. Muianga argues that these contradictions have manifested in diverse forms, reflecting the extent to which forms of expansion and (re)organisation of sectors of capitalist agricultural production, and the associated forms of labour exploitation, have affected different spheres of social reproduction of labour in these contexts.

Carlos Muianga has been a researcher at the Institute for Social and Economic Studies (IESE) since 2010. He is currently a PhD student in development studies at SOAS, University of London, where his research is focused on the political economy of agrarian capitalism in Mozambique.

Carlos’ article can be read here.

Green extractivism and financialisation in Mozambique: the case of Gilé National Reserve

Natacha Bruna observes that with the intensification of the global environmental crisis, capitalism has extended the reach of financialisation through the creation of new financial assets that rely and are based on further commodification of nature. Using the case of a national reserve in Mozambique, the paper examines the emergence of green extractivism as a consequence of deepening financialisation, an extractivism which is building on pre-existing relations of unequal and asymmetric exchange between industrialised and extractive economies. The article argued that the emergence of green extractivism, supported by green funds and loans, is intensifying the extractive character of the Mozambican economy. The case study shows, that with the support of philanthrocapitalism, the process of financialisation led by mature economies supports the appropriation of nature through green extractivist programmes in the periphery, with adverse implications for development and for rural subsistence.

Natacha Bruna holds a PhD in Development Studies. She is currently a researcher at the Observatório do Meio Rural, focusing on political economy/ecology issues within critical agrarian studies. Her research interests include models of development, agrarian change (green) extractivism, climate change policies and narratives, rural livelihoods and social reproduction.

The full special issue can be accessed for free until the end of June here.