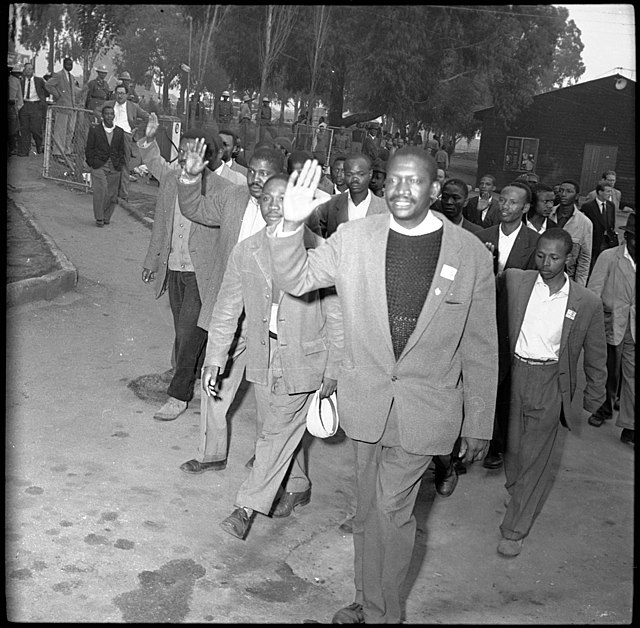 For a month the Robbin Island Museum in South Africa has commemorated one of Africa’s most forgotten freedom fighters, Robert Mangaliso Sobukwe. Sanya Osha writes about the opening of the exhibition, ‘Remember Africa, Remember Sobukwe’, which reflects on the life and times of Sobukwe on Robben Island.

Although Robert Mangaliso Sobukwe died in 1978, the struggle to memorialise him appropriately, reconfigure him for the present, and finally, to preserve and extend his legacy, continues. Sobukwe had a huge impact on many lives during the apartheid years and continues to do so for a number of reasons.

This much was clear at the Robben Island Museum (RIM), in Cape Town which has been hosting an exhibition on his life and work since 3 May. The RIM worked in conjunction with the Robert Sobukwe Trust, the Pan-African Congress (PAC) – the party Sobukwe founded – and the late freedom fighter’s family to pull off this historic event.

Speakers opening the exhibition explained that Sobukwe’s contributions were multi-layered and reflected the complexity of not only the man but also the convoluted nature of South African society, morals, and politics.

The panel of speakers was drawn from academia, activism and family and friends who waxed glowingly of Sobukwe’s qualities as a person and as an activist. His memory constantly roused the tightly packed audience to extended bouts of song and ululation. Each slight break was peppered by soul-stirring singing that enshrined the memory of the man, the challenges, and tribulations yet to be faced, and the unfinished business of attaining deeper and more inclusive levels of freedom in South Africa, and the continent. In addition, the collective breaking out in song represented an affirmation of unity, shared historical experience and common cultural identity. Members of the audience wore T-shirts emblazoned with “land first and all things will follow” and other slogans which accentuate the ongoing political project Sobukwe embodied in spirit and action. 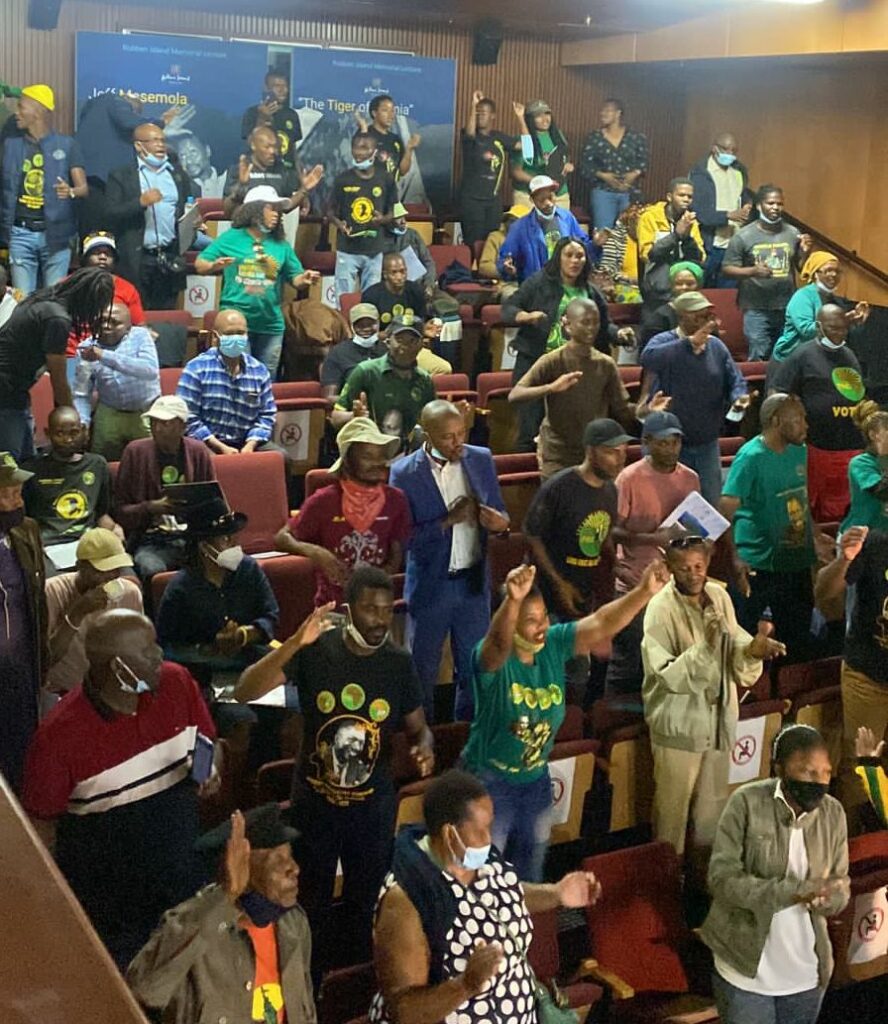 Indeed the spirit of Sobukwe was soulfully invoked through the sense of commonality that connected almost everyone in the auditorium. Sobukwe was obviously a man who transcends his times and the ideologies that dominated them. And so, the theme of the exhibition, “Remember Africa, Remember Sobukwe” is quite apt.

Being a teacher, Sobukwe waged his battle against the apartheid regime in multiple ways. First of all, he had to protect his humanity and dignity from being thwarted and perverted by racist oppressors. In other words, he had to ensure he didn’t lose the essence of the philosophical and deeply humanist term, ubuntu. Secondly, and equally significantly, he pursued a battle to engineer the philosophical re-birth of Africa, in other words, the remembering of Africa in a concerted effort to avert cultural amnesia. Finally, as a practical and politically engaged leader, Sobukwe led the PAC’s struggle against apartheid from the front as opposed to from the back. All these strands of his work and activities were quite distinct yet interrelated in realising of the dream of Azanian masses – the name used by political activists for South Africa – to be free of racialized oppression.

Speakers at the exhibition also referred a number of times to Sobukwe’s extraordinary gifts as an orator. It seems he was able to paint a picture of a liberated political future that buoyed and inspired struggling Azanians thirsting for multiple forms of freedom. A few commentators complained that there are only scanty Sobukwe recordings, clips and footage available in the public domain for the benefit of posterity. As such, post-liberation South Africans aren’t able to appreciate and understand the full measure of the man. It is claimed in official circles that the apartheid regime destroyed available recorded archives of his work. Some speakers at the exhibition begged to differ and claim there is a deliberate silencing that is being visited upon Sobukwe and his accomplishments today. Undoubtedly, the rise and fall of Sobukwe’s political reputation is tied to the electoral fortunes of the PAC, and the political dominance of the ANC.

Indeed there is much to be learnt from Sobukwe’s humanist teachings. The instigator of the 1960 Sharpeville rebellion, was a man of several parts: leader, teacher, freedom fighter and family man being his key preoccupations. Instructively, he referred to the PAC as a ‘she’, a maternal and nourishing home to the politically aggrieved and disenfranchised. This could further be extended to how the African continent is understood as “the motherland”. This understanding underscores Sobukwe’s inherent humanism. 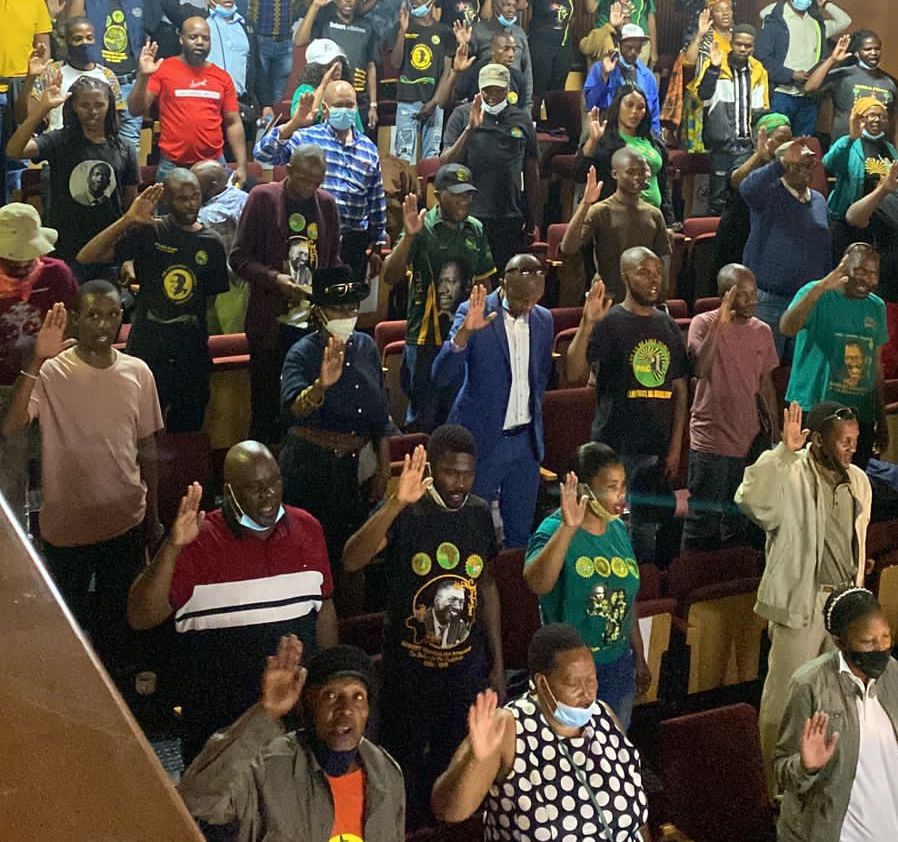 Two speakers stood out at the exhibition, Simphiwe Sesanti and anti-apartheid activist, Iman A. Cassiem. Cassiem only met Sobukwe on his deathbed but was able to reflect on broader issues of human dignity and freedom. He began his speech with quotes from Shakespeare and the famous Czech writer, Franz Kafka and then segued into a terminological disagreement with Malcolm X, the African-American civil rights leader and activist. Malcolm had claimed he was black before anything else. Cassiem, on the other hand, claims Malcolm was wrong. He was a human being before all else. But perhaps, Cassiem’s quip makes better sense if it is directed at the racist enforcers who ensure that blackness is devalued and dehumanised historically and globally. However, Cassiem re-established his activist credentials by concluding that “every apartheid criminal must be in prison” for which he received a thunderous response from the audience.

Sesanti’s resonant oratory was the climax to a befitting event. He spoke on the philosophical ramifications of Sobukwe’s life and work in a direct and uncluttered manner that was also interlaced with uplifting and energetic eruptions of liberatory singing.

Sobukwe imbued his life and work with discipline and a great deal of sacrifice that came with personal hardship. Indeed, his discipline was such that the PAC was established three minutes before the appointed time! And his success as a leader was evident as both his followers and admirers were present in the auditorium, steadily invoking his spirit with evocative songs and speeches and making consistent claims to a future in which Sobukwe’s work needed to be completed. During the opening day of this unique and intense exhibition, Sobukwe’s spirit not only loomed large, but it also appeared simply unquenchable.

Sanya Osha is the author of several books including Postethnophilosophy (2011) and Dust, Spittle and Wind (2011), An Underground Colony of Summer Bees (2012), On a Weather-beaten Couch (2015) and Ken Saro-Wiwa’s Shadow (expanded edition, 2021) amongst other publications. He currently works at the Institute for Humanities in Africa (HUMA), University of Cape Town, South Africa.

Featured Photograph: Robert Sobukwe leads an anti-apartheid protest in 1960. Photographs in the blog are from the opening of the exhibition on 3 May.