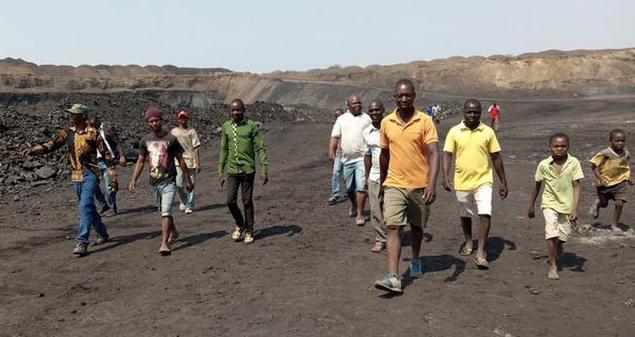 Gediminas Lesutis discusses his new book, The Politics of Precarity, on the experiences of extractivism, dispossession, and resettlement in Mozambique.  Lesutis shows how what might be conceived as “marginal African experiences” can help us understand the core questions of global politics and capital.

Perhaps the most honest way to talk about this book might be how it started. The questions explored in The Politics of Precarity initially came about not so much as a scholarly project but as an attempt to understand what hides beneath the narratives of “progress” and “development” that we are socially conditioned to trust and believe in. These narratives create an illusion of positivity that lies at the core of capital’s ideological representations of what constitutes a “good life”, and its promises of prosperity for all.

The beginning of this project was nine years ago in 2013, during my first visit to Mozambique. At the time, its capital city Maputo was booming. This real estate boom was influenced by a natural resource frenzy: a few years earlier, in 2006, the fifth largest global coal reserve was announced in the province of Tete in central Mozambique. This led to an unprecedented rush of global capital into the province to serve the nascent mining industry. These developments further deepened the pre-existing patterns of extractivism in the country – specifically, Mozambican state’s strategies of profit extraction from large-scale investments in natural resource industries that grew exponentially after the country joined the global neoliberal system as the Frelimo Government opted to implement Structural Adjustment in the late 1980s.

Such programmes are  profoundly damaging, even deliberately harmful, expanding global capital into what once was a periphery, however, countries are often left in the margins of dominant social and political discourses. In Mozambique, the natural resource boom associated with coal extraction has been no exception either. Following the “coal discovery”, the national ruling class focused on coal extraction as an unprecedented opportunity of “national development”. For a few years, this seemed to have been supported by what was happening on the ground: major global companies moving to both Tete and Maputo to commence business ventures.

We all, of course, know that this is only a small part of the story. Not even a real story, more of an ideological phantasmagoria expressed through the spectacle of positivity created by capitalism’s instruments – mainstream media, advertisement, and cultural indoctrination that everything is “getting better” – to distract and pacify the masses. The experiences of privilege, freedom, and wealth of the social class that owns the means of production are presented as universal, as the dream world that everyone can eventually achieve. However, when we pay attention, this dream is fractured and comes undone by realities of the everyday and the struggles that ordinary people face in their attempts to make do, cope, and ultimately survive different forms of violence that phantasmagorias of “development” engender in both grotesque and disguised ways.

For me, this moment of fracture was one of serendipity. During an accidental encounter in an upbeat bar by the Indian Ocean in Maputo, two Brazilian engineers on their customary weekend away from the coal mines of Tete, relaxed in the warm ocean breeze and with cold beers, enthusiastically shared stories about peasants in Tete who, having been displaced from their lands, had blocked a national railway used for coal transportation. Whilst at the time I was working on a different project, this accidental encounter and the anecdotes about the dispossessed people interrupting the flows of coal from their former lands into global commodity markets left me with several questions.

Continually re-articulated over the years, these questions transformed into The Politics of Precarity. They can be summarized as follows: What is the relationship between the contemporary world order, shaped by relentless intensification of extractive capital accumulation, and vulnerable groups of people that contest the destruction of their lives by different modes of extractivism? In the book, I provide a set of answers to, and critical reflections upon, these questions.

The Politics of Precarity is based on extensive fieldwork materials that I collected between 2015 and 2016 in Mozambique.  I lived for four months in a resettlement village called Cateme that was built by Vale, a Brazilian mining company, that resettled over 1,700 families displaced by coal mining in the region. Sharing my daily life with one resettled family, I carried out ethnographic research in the community of Cateme, trying to understand the lived experiences of the people subjected to dispossession and resettlement, as well as the coping strategies that they have had to employ and the spatial dimensions of these processes in relation to the coal enclave in Tete and Mozambique’s political economy at large.

Whilst the book is grounded in experiences of a particular time and space, it does not approach them as only analytically productive in relation to Mozambique, Africa, or extractivism. Instead, analysing accounts of dispossession and everyday life in the shadows of an extractive enclave, the book shows how what might be conceived as “marginal African experience” can, in fact, help us understand the core questions of global politics and capital. It is with this expansive move beyond parameters of the case study that the book develops a set of theoretical contributions.

I show that precarity is a vulnerability of all social life that is intensified by the violence of capitalist abstractions into a condition of suffering and struggle that contains possibilities, but never actualities, of transformative politics. Precarity, precariousness, or precarious life – highlighting profound uncertainties and socio-political injustices – have become contemporary signifiers of singular and multiple crises. Although theorised since the 1980s, scholarly work on precarity re-emerged and proliferated after the 2008 crisis. However, most of this work continues to focus on experiences of exploitative labour regimes in the Global North, and to a lesser extent – violence of biopolitical regimes in liberal democracies.

The Politics of Precarity demonstrates a much more analytically, as well as politically, expansive purchase of precarity as a term and praxis that can be read through diverse political projects implied by different, sometimes conflicting, epistemological positions on precarisation. I theorise precarity at an intersection of historical geographical materialism, on the one hand, and a post-structuralist tradition and its emphasis on power, subjectivisation, and resistance, on the other. This brings together the work of Judith Butler, Henry Lefebvre, and Jacques Rancière. Although they are not frequently, or ever, studied together, reading their writings on precarious life, abstract space, and politics of dissensus – and different forms of violence imbued in these modalities of capital’s development – I demonstrate how such theoretical experimentations articulate questions of politics, resistance, and liveability in the contemporary capitalist era in materially grounded and politically charged ways. This is significant in three ways.

First, I argue that precarity is a condition of life engendered by global capital. Precarity goes beyond labour relations and the governance of life in liberal democracies. I show that precarious lives are sustained through structural, symbolic, and direct violence that extend outside and beyond the violence of labour regimes, exploitation, or an exclusionary politics of a modern state.

People subjected to precarity simultaneously experience struggle and hope, dreaming and suffering because of, and for, a “better life” promised by capital, even in zones of social, political, and economic abandonment. The language of precarity is more analytically productive in engaging with experiences of capital’s violence than various different conceptual frameworks that focus on surplus, wasted, bypassed, or expulsed populations. They draw attention to mechanisms and logics of dispossession; however, they cannot exactly account for multiple, both personal and political, often contradictory, dynamics of everyday life created by global capitalism. For instance, that extractive capital accumulation is often seen as the only viable pathway to “development” even by the very people whose livelihoods are destroyed through extractivism.

Second, the language of precarity harbours an implicit normative project. Others have already pointed out that precarity has emancipatory potential in demonstrating the fundamental, indelible insecurity of all labour relations within capitalism. From this vantage point, holding onto the idea of secure, dignified employment as the basis of political mobilisation that the conventional understanding of precarity validates is fundamentally misleading: such definition of precarity does not question normative underpinnings of the structurally constituted necessity to “freely” sell one’s labour power under capitalism.

The emancipatory potential of precarity as a conceptual framework needs to be approached more broadly in regard to the modes of living, everyday life, and making do, subjected to structural and corporeal modes of violence under capitalism. Such reading of precarity is thus located within critical praxis that aims to expose harm-making within capitalism at large. My claim is that, in the contemporary moment of the ever-expanding disavowal of life, precarity provides an ethical, normative framework to recognise the other, and mutual, although profoundly different, forms of struggle for a more liveable world.

Third, The Politics of Precarity demonstrates how possibilities for resistance and contestation within conditions of precarity have been over-emphasised in the literature, particularly by key post-structuralist theorists such as Judith Butler who overestimate the possibilities of political contestation, as well as overlooking material limitations that hinder effective political mobilisation. The potential danger of fetishising coping with precarity as resistance is very real.

Proposing a spatial reading of precarity, the book offers a theoretical reflection on lived experiences of extractivism, dispossession, and resettlement in Mozambique as central in understanding contemporary impossibilities of living within global capitalism. Doing this, it interrogates opportunities of the political that might exist in the current, overlapping, ongoing enclosures of life to multiple forms of violence that global capital continues to sustain and deepen. Concluding that resistance is only a contingent possibility that is constantly undermined by the violence of capital’s space, the book invites us to critically think about the limits of politicisation in the contemporary conjuncture of different, both singular and multiple, crises. It also encourages us to connect theoretical projects that are needed to build a more liveable world amid the ruins of the present.

The Politics of Precarity can be read online here.

Gediminas Lesutis is a Marie Curie Fellow in Geography at the University of Amsterdam, the Netherlands. His research interests include critical theory, politics of contemporary capitalist development in Sub-Saharan Africa, and queer Marxism. More information about his research, publications, and public engagement activities at www.gediminaslesutis.com.