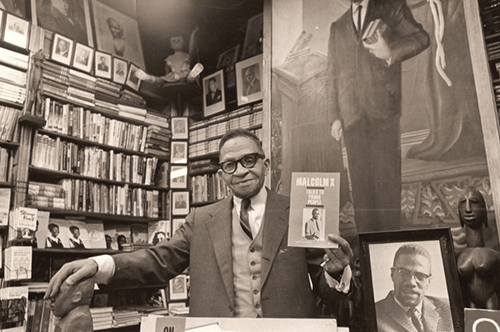 Louis Allday writes how book publishing from the 1960s became an important weapon of strategic propaganda by the CIA and other intelligence agencies. The new website Liberated Texts aims to provide a platform for reviews of works of ongoing relevance that have been suppressed or misinterpreted in the mainstream since their release. Allday argues that books remain powerful tools that have the ability to fundamentally transform one’s worldview.

In November 1965, the Deputy Director of the CIA was sent an in-house book review by the curator of the Agency’s Historical Intelligence Collection. Its subject was Kwame Nkrumah’s seminal work, Neo-Colonialism: The Last Stage of Imperialism, first published in London earlier that year. The review largely focussed on “The Mechanisms of Neo-Colonialism”, the chapter in Nkrumah’s book that was said to have most “caught the eye of the press” and was “of greatest interest to the CIA”.

Within the book, Nkrumah analyses in detail the techniques through which modern imperialist powers achieved the objectives they had previously accomplished through overt colonialism and identifies the United States as the worst offender in this regard. In doing so, Nkrumah named names and drew attention to the neo-colonial role of, among others, the CIA, US Peace Corps, USIA and USAID. The tenor of the review is largely neutral, but the author’s concern with both the book’s contents and Nkrumah as a figure more broadly are not hard to discern beneath its superficially objective tone. It concludes by reporting that copies of the book had been sent to a number of CIA departments including the African Division of the Deputy Directorate for Plans (DDP), the Agency’s clandestine service and covert action arm, for study and “whatever action these components consider advisable”.

Only three months later, in February 1966, Nkrumah was deposed as President of Ghana in a coup that was engineered by the Agency. The late June Milne, Nkrumah’s editor, literary executor and long-time confidante, believed that because Neo-Colonialism had demonstrated the workings of international finance capital in Africa in such detail, the exposure its publication constituted was “just too much… the last straw” and led directly to the decision to depose Nkrumah in a coup.[1]

Milne’s speculation is well-founded, not only because of the undeniably explosive content of Nkrumah’s book, but because senior figures within the CIA were already well aware of the dangers of such material to US interests. In the words of its Covert Operations Director in 1961:

Books differ from all other propaganda media, primarily because one single book can significantly change the reader’s attitude and action to an extent unmatched by the impact of any other single medium… this is, of course, not true of all books at all times and with all readers – but it is true significantly often enough to make books the most important weapon of strategic (long-range) propaganda.[2]

As such, the Agency acted accordingly and developed an extraordinary level of control and influence within the publishing industry. Details of the extent of this reach were revealed to the public in 1975 by the Church Committee, a US Senate investigation into the activities of a number of US intelligence agencies, including the CIA. The most well-known revelations of this committee include details of the now infamous CIA-run programmes MKULTRA, COINTELPRO, Family Jewels and Operation Mockingbird. Less well known are the details it contains on the Agency’s clandestine control over book publishing and distribution which, as per the committee’s findings, enabled it to:

(a) Get books published or distributed abroad without revealing any U.S. influence, by covertly subsidizing foreign publications or booksellers.

(b) Get books published which should not be “contaminated” by any overt tie-in with the U.S. government, especially if the position of the author is “delicate.”

(c) Get books published for operational reasons, regardless of commercial viability.

(e) Stimulate the writing of politically significant books by unknown foreign authors-either by directly subsidizing the author, if covert contact is feasible, or indirectly, through literary agents or publishers.[3]

Utilising this immense influence, before the end of 1967, well over 1,000 books had been produced, subsidized or sponsored by the Agency. Of these works, 25 percent were written in English, with the remainder in a number of different languages published around the world. Sometimes these books were published by organisations backed by the CIA without the author’s knowledge, while others involved direct collaboration between the Agency and the writer.

Frequently, books were published in order to bolster the US imperialist narrative about enemy states, for example, the Agency produced a number of works about China that were intended specifically to combat the “sympathetic view of the emerging China as presented by Edgar Snow”.[4] As the committee’s official report stated, an American who read one of those books, purportedly authored by a Chinese defector, “would not know that his thoughts and opinions about China are possibly being shaped by an agency of the United States Government”.[5] The Agency’s concern extended to book reviews which it utilised to refute the attacks of critics and promote works that it had sponsored. On at least one occasion, a book produced by the CIA was then reviewed in the New York Times by another writer also contracted by the Agency.[6]

In the time that has passed since the revelations of the Church Committee, technological developments have transformed the way in which people consume information globally. The internet has become a new battle ground of propaganda and has been subject to comparable levels of infiltration and manipulation by the CIA and other intelligence agencies. The idea that books remain the most important weapon of strategic propaganda, as determined by the CIA in 1961, would now be contested by many.

However, the terrain of contemporary publishing implies that US intelligence agencies have not ceased to be concerned with the power and influence of books as objects of propaganda. Take one example, since the US’ proxy war against Syria began a decade ago, a raft of books supporting the imperialist narrative have been published, many of them by ostensibly radical and leftist publishers. In many cases, these books are then endorsed and reviewed by an affiliated network of magazines and podcasts, while other works that go against the hegemonic narrative are reviewed negatively or simply ignored entirely.

It is with this historical context and lamentable present reality in mind that the website Liberated Texts was recently established. The site aims to provide a platform for reviews of works of ongoing relevance that have been forgotten, underappreciated, suppressed or misinterpreted in the cultural mainstream since their release. Of course, not all of the works reviewed on the site will have been subject to overt suppression or silencing by imperialist intelligence agencies – the reasons why books that go against prevailing ideas usually do not receive the attention and readership they deserve are countless – but all remain relevant and deserve a wider readership. The same is true of works that do not get translated into English for political reasons, such as the late Domenico Losurdo’s study of Stalin, which his English language publishers, Verso Books, have refused to translate and publish in spite of repeated requests for them to do so. [7]

The life stories of prominent revolutionaries and thinkers are littered with references to how reading individual books or authors changed the trajectory of their life, and notwithstanding the dramatic shift in the educational and media landscape that has taken place in the decades since the publication of Neo-Colonialism, books remain powerful tools that have the ability to fundamentally transform one’s worldview.

Liberated Texts seeks to provide a home for all those people who still believe that to be the case and want to write about books they feel passionate about and believe – whether they were published 100 years ago or in the last few years – remain relevant to the issues of the present moment and deserve to be read and discussed more widely.

Louis Allday is a historian who researches the British Government`s presence in the Persian Gulf, with an emphasis on its cultural propaganda. Allday is the founder of Liberated Texts.

Featured Photograph: The Harlem bookseller and activist Lewis H. Michaux. From 1932 to 1974 he was the owner of the African National Memorial Bookstore in Harlem, New York City.

[7] Domenico Losurdo, Stalin: History and Criticism of a Black Legend (2008)