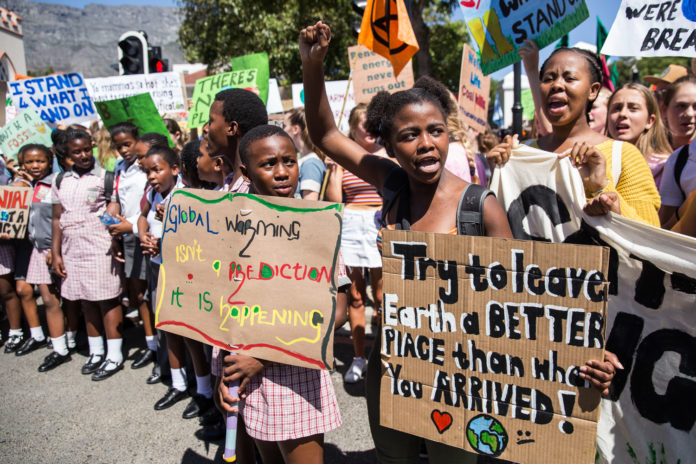 ROAPE, in partnership with Third World Network-Africa, will hold a series of three webinars starting in August 2021 to explore the connections between Africa, climate change and the pandemic from a political economy perspective. The first webinar is being held on 5 August.

We are currently facing two global crises – one is the immediate threat to lives on a world-wide scale of Covid-19 pandemic (and almost certainly other later pandemic diseases). The second is the larger and potentially more cataclysmic threat of climate change. It has been convincingly argued that pandemics like Covid-19 are triggered by humans coming into more intimate contact with a range of viral infections carried by animals because of migration and cultivation into areas of the globe which up to now were relatively untouched. These movements have been driven by capitalist extractivism, the unbridled search for profits and climate change.

Africa has been severely impacted by both crises in ways which increase the obstacles for transformations that will better lives for its people. African countries have so far been spared the worst health impacts of the Covid-19 pandemic but across the continent the severe weaknesses in public health delivery systems have been further exposed by the pandemic.

The unfolding vaccine apartheid has left Africa with the lowest vaccination rates in the world is not simply another depressing instance of the profit greed of Big Pharma facilitated by imperialist power play. It is also a consequence of weak manufacturing capacity in most African countries, including for pharmaceuticals, due to years of de-industrialisation wrought by neo-liberal economic policies which halted and reversed the industrialisation initiatives of the early post-colonial period.

The contrast with Cuba, a small country which has developed Covid-19 vaccines to complement an enviable public health delivery system, despite suffering from decades of an illegal blockade by the United States, is evidence that development of strategic industrial productive capacities is not only an important part of socio-economic transformation and independence but also critical for the sustainability of public health systems. Africa’s experience of the negative economic impacts of the pandemic, especially in its early days, is additional evidence that industrialisation and a structural shift from raw material commodity export dependence is imperative for equitable transformation in Africa and the long-term welfare of its people.

The climate crisis however makes this a challenging conjuncture for the reinvigoration and expansion of African industrialisation. Even though it bears the least responsibility for climate change, Africa is imperiled as 100 million Africans could be pushed into poverty by 2030 because of climate change.

Financing the costs of green industrialisation and transitioning to low carbon infrastructure is compromised by the dependence of many African countries on the export of fossil fuels alongside the opportunities to benefit from increased demand for diverse minerals and metals and their products because of the transition from fossil fuels to a low carbon future.

Given that industrialisation has been synonymous with intensive use of fossil fuels, how does Africa negotiate the unique combination of its industrial transition amid an energy transition and revolution?

The webinars will be organised under the following themes:

Rob Wallace is an evolutionary epidemiologist at the Agroecology and Rural Economics Research Corps and author of Dead Epidemiologists: On the Origins of COVID-19. He has consulted with the Food and Agriculture Organization and the Center for Disease Control and Prevention.

Speakers will talk for 20 minutes each.

There will also be a 5-minute activist update from three African countries about what the latest situation is with Covid-19 and vaccinations.

Rob Wallace will talk on what is happening with the virus with a focus on Africa.

Tetteh Hormeku-Ajei will talk about the political economy of and continuing fight against intellectual property rights affecting public health goods.

Marlise Richter will talk about health justice and the pandemic in South Africa.

The meeting will be recorded and several of our new Contributing Editors will take notes so that we can use the material for an issue of the Review.

Register in advance for this meeting:

After registering, you will receive a confirmation email containing information about joining the meeting.