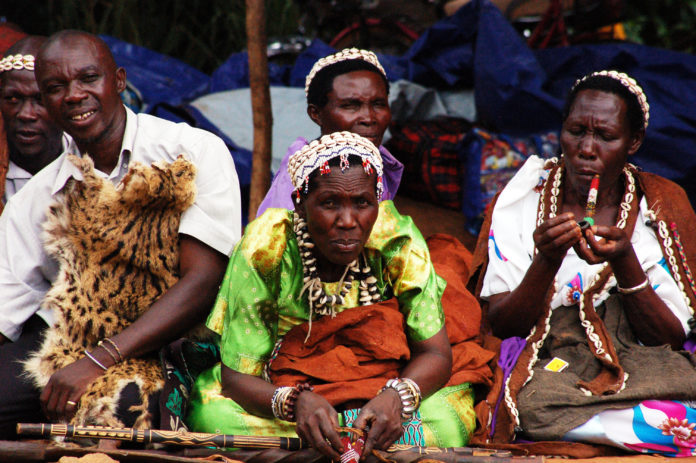 Christoph Vogel writes that the university is a site where colonial frames survive – whether in financial, linguistic, architectural, political or mental spheres. These frameworks are cross-cutting and create, shape and legitimise knowledge. He argues that Western raised and educated academics are trapped in self-made intellectual snares, complicating attempts to make sense of politics in most parts of the world.

If we keep seeing incessant calls for decolonizing knowledge, research and teaching, that’s owed to stubborn imperfections in the political architecture of the Ivory Tower. The university is a site where colonial frames survive in the material and immaterial features of academia – whether in financial, linguistic, architectural, political or mental spheres. While these frames are cross-cutting, as the writings of Edward Said, Angela Davis, bell hooks or Aimé Césaire and others taught us, this essay focuses on epistemics, that is – in a nutshell – the ways in which we create, shape and legitimise knowledge. Inspired by Spivak and others, the starting point here is the observation that colonial imaginations keep questioning whether the subaltern can speak, leading – in academia and beyond – to longstanding trajectories of epistemic violence, marginalisation and exclusion.

Colonial frames are constructed to systemically preserve political, moral and economic authority of the people and nations that gained from exploiting others, or, for the very least, from imposing their worldviews. Some of it, however, is rooted in the pre-determined shaping of our thinking, the ways in which Western mindsets and mental frames are conditioned by a reproduction of in-group thought and truism in socialisation and education. This follows established colonial trajectories, but – going back to the opening line – it most virulently plays out where scientific capital is most powerful. This place is the Western university, flanked by an oligopoly of academic publishers and – crumbling but still unparalleled – funding schemes for research. Scores of writers, theorists and commentators regularly remind us of these issues. They point out how, despite the momentum to mobilise decolonial struggle, in academia and beyond, progress is slow. Like a turtle, colonial structures and institutions prove enormously resilient in defending an exclusive ‘permission to narrate.’

But what if Western thought itself is a victim of its own (neo-)colonial attitude? Admittedly, we’re entering a semantic minefield here, since nothing justifies colonialism by any acceptable notion of values, let alone reverse victimhood. But, for the sake of an experiment, this piece will discuss how colonial frames also harm the quality of individual and collective scholarship on the side of the privileged. Colonial socialisation and education do that by cutting to size our epistemologies as if we would be looking in the mirror when theorizing out of the window. As academics, Western-raised, Western-educated or both, we are trapped in our very own, self-made intellectual snares, complicating attempts to make sense of politics in most parts of the world. The writing process of a piece I recently wrote for ROAPE was good initial antidote, although I remain puzzled if it addressed only symptoms or actual root causes of my own incomplete mental decolonization process.

Dominant social theory is based on thought, conceptualisation and definitions developed by mostly Western scholars in their own lifeworlds. Hence, even if so-called fieldwork is done, analysis is usually done back home. It is therefore, knowledge situated out of context, with all its limitations. Human thought is dependent on language as a technique for both framing and transmission. Yet, concepts come into being through passive and active speaker competence, so it is rather difficult for someone who does not speak Yoruba, Arabic or Bengali to express the meaning of something in its context. Of course, we can translate, and sometimes chance helps making things fit, but more often, it results in erasure as specific type of epistemic violence. Forming precise equivalents of complex, situated social reality and abstraction into concepts faces problems of what Feyerabend  and Kuhn called incommensurability – the lack of shared language across scientific concepts and those discussing them – or Derrida’s idea of ‘untranslatability,’ the lack of exact equivalent across languages. Epistemic decolonisation hence requires linguistic emancipation on all sides of the table. We all use definitions, most of which are based on wording we are familiar with. Hence, even the most engaged and immersed ethnographers face multiple risks of imprecision, such as taking correlation for causation, as fans of econometric analysis do. For several reasons, hence, such as the refusal to engage in collaborative research, intellectual laziness, linguistic diversity, academic conventions, and forms of structural violence – just to name a few – we as social scientists are thus collectively racing into our very own epistemic surrender.

These shortcomings are particularly visible is the study of conflict dynamics and contentious politics in most parts of the world. To employ one of the few truisms I’d subscribe to, there surely is a correlation between the degree to which social phenomena are complex and contested and to which we need detailed context and information to avoid shortcuts, errors and misinterpretations. This exponentially peaks whenever translation issues come on top. But social theory is clever. Generations of scientists and researchers have been working on frames to both boil down complexity and to transfer social reality from where it plays out into spheres from where we target understanding and explanation. That’s legit to some extent because otherwise both case study research and generalisations would be worthless and obsolete. Yet, it is also not legit to posit such as generally and genuinely infallible or true. Dynamics of conflict, violence and politics tend to be mired by competing narratives anywhere in the world. Before and even into the era of alternative facts and fake news, this leads us to point at Otherness, to use diverging discursive construction to describe things that perhaps are not that different.

What we call ‘corruption’ in Africa is often referred to as ‘nepotism’ when we talk about Europe. What we subsume under ‘terrorism’ in the Middle East are the ‘individual cases’ of white people killing scores of people with assault rifles in the US, owing to ‘mental health issues.’ What we call mindless and savage violence in the Congo, are joint efforts in migration policy by the European Union. Intriguingly, the concomitant result is humans killed and public money embezzled in all cases. Of course, and luckily, lots of good social research is far beyond such crude Manichean clichés and tropes, but down the ladder of gravity we find similarly constructed problems.

As means of illustration, I will sketch two examples of epistemic challenges I have been facing. One is the ROAPE essay and another related one refers to an article Josaphat Musamba and I have been writing. In both, we have tried to investigate the “real governance” of conflict-affected mineral markets in the eastern Congo, a place where myths and stereotypes all too often clash with facts and analysis. In the course of the Congo wars around the millennium, the notion of conflict minerals arose to conceptualise the role of natural resources in a broader context of insecurity. Akin to existing – and problematic – assumptions on the economics of and in civil wars, this paradigm not only led to significant transnational policy but also framed an image of mineral trade and livelihoods as profoundly characterised by greed and violence. In consequence, a language of illegality and fraud came to dominate analyses on the matter. This however, shrouded our collective understanding of what mineral markets in eastern Congo actually look like, and why they work in the ways they work.

Instead, the conceptual arsenal of Western-dominated social science offered a number of theorizations ranging from neopatrimonialism, racketeering and greed to describe and analyse the personae of traders, business heavyweights and other participants of eastern Congo’s mineral markets. This is where we got stuck.

In our piece on the intermediary traders that oil cogwheels of domestic business – that is, before mineral goods are exported – we therefore had to look for solutions to name our protagonists. In French, the Congo’s colonially-inherited official language, these people are known as négociants – ‘negotiators.’ Now, negotiating is universal human activity and as such there is little chance of distorting the meaning of what these people do. Yet, it is insufficient to paint a fuller conceptual picture of their action and role. In this case, we did not find any further ‘emic’ (that means, arising from its very own, situated context) conceptualisation that would provide enough clarity. We thus began defining them as brokers of crisis. We did so because in the Congo, the notion of la crise is a ubiquitous reference and in literatures unsuspicious of too much colonial penchant, crisis is defined as “permanent or conditional category” or “ordinary and banal phenomenon.” Moreover, the notion of a broker, compared to that of a smuggler, is a functional term not a value judgment. In its broadest sense, it simply describes human connection for the sake to social, economic or political transactions.

The ROAPE article was a similar challenge, as it focused on another pivotal category of stakeholders in Congo’s political economy for which I borrowed the term incontournables. These are the people neopatrimonialism theory would call patrons, and Paul Collier would call them greedy. The incontournables are those, as the term suggests, that are hard or impossible to avoid due to their position and clout in a given context. Another emic solution, this term is French but while it comes out of a colonial language, it is used abundantly by Congolese. However, and most importantly, it is used in France itself with a positive connotation. There, for instance, extraordinary wines or outstanding literary works are incontournable. This is important, because while engaged scholarship is eminently political, we ought not to be blind as to the consequences of our epistemic choices. Hence, there is no issue with calling a corrupt person ‘corrupt’, but it is imprecise and prone to error to call entire groups ‘corrupt.’ Worse even, if we either use certain flattering (Western) language for ourselves, and pejorative (also Western) terms for the Other. Or if we simply decline to seek for emic, embedded meaning and explanation as we try to understand a context. All of that is amplified by a strong unidirectionality of scientific conceptualisation from the Global North to the South.

If these short examples are illustrative of the epistemic problems complicating social theory, they are not end points but mere entry doors into broader reflection. While decolonial scholars upped the game with works of enormous relevance – Kimberlé Crenshaw, Audre Lorde, Walter Mignolo and Boaventura de Sousa Santos to name a few – this debate also addresses our own issues, Western epistemic surrender. This means two things – the problem itself and a potential solution. The problem is that Western social theory has since long committed epistemic surrender, surrender as in abandoning this epistemic struggle. However, this surrender – as a conscious objective – can also mean to actively work towards surrendering our frames of thought and more actively embracing and applying epistemics not inherently ours, on the African continent and elsewhere so that, as Achille Mbembe suggested, ‘we will no longer have a university. We will have a pluriversity.’

Christoph Vogel’s ROAPE article ‘The politics of incontournables: entrenching patronage networks in eastern Congo’s mineral markets’ is available to read for free until the end of the month. Vogel’s article will be in the forthcoming June issue of ROAPE (Vol 48: Issue 168).