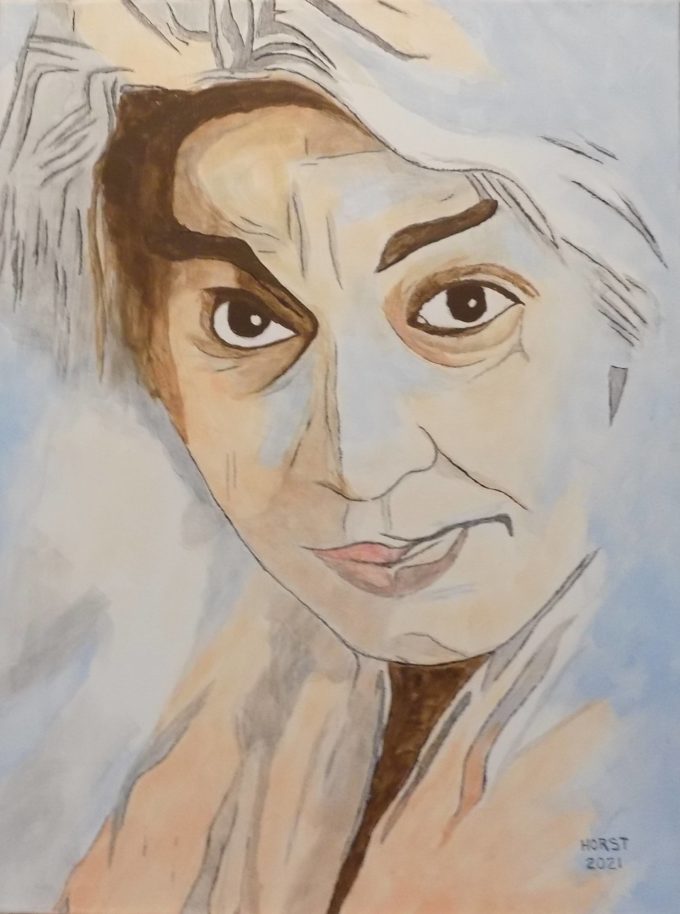 On 21 March 2021, Nawal El-Saadawi, Egyptian-born Marxist and long-time activist for women’s rights, died at the age of 89. Described as a feminist, author, activist, physician and psychiatrist, she was also known as Egypt’s most radical feminist. David Seddon celebrates her life.

As a doctor, a political activist and a writer, Nawal El-Saadawi was a beacon of hope to women across the Arab world and beyond who struggled against the many faces and practices of patriarchy. She beat the drum for a radical and secular approach to women’s liberation. It was the patriarchal capitalist system and not ‘Islam’ specifically that kept women in chains.

The second eldest of nine children, El-Saadawi was born in 1931 in the small village of Kafr Tahla in the Nile Delta. Her father was a government official in the Egyptian Ministry of Education, who had campaigned against the rule of the British occupation of Egypt and Sudan during the Egyptian Revolution of 1919. He was relatively progressive and taught his daughter self-respect and to speak her mind. He also encouraged her to study the Arabic language and supported her education beyond school. Even so, El-Saadawi was subject to female genital mutilation at the age of six, and, when she was only 10 years old, her family tried to make her marry. Her mother supported her in resisting this.

El-Saadawi did well at school and eventually went to medical school. She graduated from Cairo University as a doctor in 1955 and married Ahmed Helmi, whom she met as a fellow student in medical school. They had a daughter, Mona. The marriage ended after two years. While working as a doctor in her birthplace of Kafr Tahla, she observed at first hand the hardships and inequalities faced by rural women. Her second husband was a colleague, Rashad Bey. Through her medical practice, she observed women’s physical and psychological problems and came to connect them not just with oppressive cultural practices, but with patriarchal, class and imperialist oppression.

She eventually became the Director of the Ministry of Public Health and met her third husband, Sherif Hatata, while sharing an office in the Ministry of Health. Hatata, also a medical doctor and writer, had been a political prisoner for 13 years. They married in 1964 and had a son. She was, throughout her life, far more than a distinguished medical professional, even if her experiences in this field provided her with a crucial foundation for her writing and her persistent lobbying against all forms of female oppression.

In 1969, for example, she published Women and Sex, confronting and contextualising the systematic aggression perpetrated against women’s bodies, including female circumcision. As a consequence of the book and her political activities, El-Saadawi was dismissed from her position at the Ministry of Health. She also lost her positions as chief editor of a health journal, and as Assistant General Secretary in the Medical Association of Egypt.

From 1973 to 1976, El-Saadawi carried out research on women and neurosis in the Faculty of Medicine at Ain Shams University. From 1979 to 1980, she was the UN Advisor for the Women’s Programme in Africa and the Middle East. In 1977, she published The Hidden Face of Eve, which spared no details of ‘the cuttings’ she had seen as a doctor in the villages.

I was introduced during this period to her life and works by Fatima Mernissi, a Moroccan feminist sociologist and writer, whose own first book, Beyond the Veil: Male-Female Dynamics in Modern Muslim Society, was published in 1975.

In 1981, El-Saadawi helped publish a feminist magazine called Confrontation. She was jailed in Qanater Women’s Prison in September that year by the government of President Anwar Sadat. El-Saadawi stated once in an interview, “I was arrested because I believed Sadat. He said ‘there is democracy and we have a multi-party system and you can criticize’. So, I started criticizing his policy and I landed in jail”. While in prison, she formed the Arab Women’s Solidarity Association, the first legal and independent feminist group in Egypt.

In prison, she was denied pen and paper, however, that did not stop her from continuing to write. She used a ‘stubby black eyebrow pencil’ and ‘a small roll of old and tattered toilet paper’ to record her thoughts. Her incarceration formed the basis for her memoir, Memoirs from the Women’s Prison, and the experiences of another prisoner at Qanater, nine years before she was imprisoned there, served as inspiration for an earlier work, a novel titled Woman at Point Zero, in which her main protagonist, Firdaus, was awaiting execution for killing just one of the men who had abused her.

She was released later in 1981, one month after President Sadat’s assassination. Of her experience she wrote: ‘Danger has been a part of my life ever since I picked up a pen and wrote. Nothing is more perilous than truth in a world that lies’.

After her release from prison, and throughout her 50s, she continued her crusade, arguing that nothing would change until the whole system was changed. This meant not just the overthrow of patriarchy – and the establishment of full gender equality – but of the whole class system and the religious ideology, that sustained it in Egypt and throughout ‘the Muslim world’, and of the imperialist world order that helped maintain repressive capitalist states and oppressive regimes.

In the 1990s, death threats, particularly from Islamists, led to her going abroad. Now in her 60s, she was fêted in the West, particularly in leftist circles, and her exile from Egypt was spent teaching at Duke University in North Carolina as well as at the University of Washington. But she was critical of the Western feminist movement and spoke openly of her dream of a pan-Arab women’s movement. Eventually, in 1996, she felt able to return to Egypt, but was not prepared to moderate her views or her expression of these views.

She maintained a high profile, taking part regularly in TV debates in which she was very outspoken. She was aware from an early age of the interplay and mutual reinforcement of class, colour and gender and always described herself proudly as ‘a dark-skinned Egyptian woman’.

In 2005, when she was 73 years old, President Hosni Mubarak banned her from media appearances. When, in 2007, her publisher burned a play of hers, in which God was out argued and gave up, she declared that if she said all she wanted to say she would be burned at the stake, like Joan of Arc.

In 2008, in part as a result of her persistent lobbying, a law was passed in Egypt banning female genital mutilation; but it had limited impact on what was, after all, a deeply ingrained cultural practice. El-Saadawi did not give up, however, and continued to maintain a high profile. All this activism came at a cost. In 2010, after 43 years of marriage, she and her third husband were divorced.

She was awarded honorary degrees and prizes around the world, and at various times held positions at a number of prestigious colleges and universities, including Harvard, Yale, Columbia, Georgetown, Florida State University and the University of California, Berkeley in the US and at the Sorbonne in Paris. But at home in Egypt, she continued to be a thorn in the flesh of the establishment.

When, in 2011, popular protest broke out across the Arab world, she joined the crowds in Tahrir Square and called for the end to the Mubarak regime; but she also denounced the Muslim Brotherhood and the new President Morsi as ‘capitalist patriarchs tied to Islam and abetted by the West’. Now in her 80s, she continued throughout the second decade of the 21st century to make her views felt, in Egypt and elsewhere.

At the Göteborg Book Fair at the end of September 2018, El-Saadawi attended a seminar on development in Egypt and the Middle East after the Arab Spring and during her talk at the event stated that ‘colonial, capitalist, imperialist, racist’ global powers, led by the United States, had collaborated with the Egyptian government to end the 2011 Egyptian revolution.

She died, unrepentant and still defiant, at the age of 89. Her written legacy includes short stories, poetry, lectures, plays and novels, as well as her enormously influential early non-fiction books. Described as an Egyptian feminist, author, activist, physician and psychiatrist, she was also known as Egypt’s most radical feminist woman.

David Seddon is a researcher and political activist who has written on social movements, class struggles and political transitions across the developing world. David is a regular contributor to roape.net and a former member of the Editorial Working Group of ROAPE.

A People’s Historian: an interview with Georges Nzongola-Ntalaja