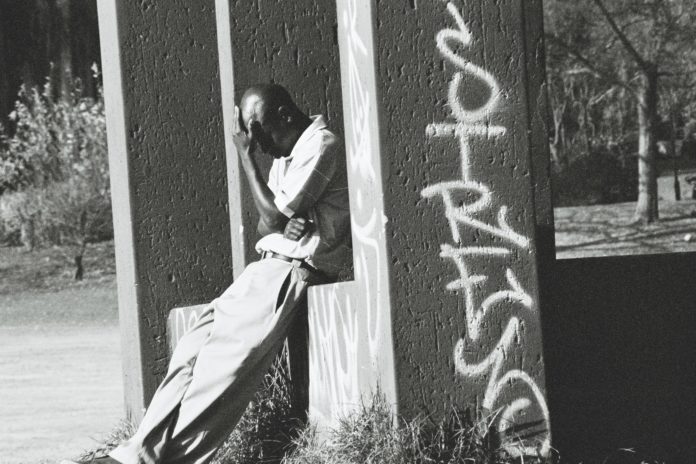 ROAPE’s Peter Lawrence writes how Covid-19 has hit capitalism when it was already confronting systemic problems. The pandemic has helped to connect the dots between environmental degradation and the development of global capitalism. Lawrence argues that only with organised pressure from below can a way through be found.

The impact of Covid-19 and the subsequent lockdowns has been unequal, lower-income groups, living in overcrowded housing and with limited or no access to running water to wash their hands regularly, have suffered the most in terms of contracting the virus and dying from it. The impact of Covid-19 is indeed a class issue, and not just in terms of health. Although there has been some decline in manufacturing employment, it is the service sector that has taken the biggest hit in countries where lockdowns have resulted in the closure of hospitality services, of entertainment and cultural venues, and other service provision, typically employing people on low wages with poor job security and leaving them in even more precarious positions.

Covid-19 hit capitalism when it was already confronting systemic problems. The neoliberal post-financial crisis austerity policies of the global North have increased the proportions of their working populations living on low incomes with reduced levels of social support. There has been a significant increase in inequality and a concentration of wealth into fewer hands. The top 1% in the world have 45% of the world’s wealth (Credit Suisse 2019), five men own almost as much wealth as the bottom half of the world’s population (Buchheit 2017). In the global South, inequality has been increasing. In China, the top 1% owned 30% of the country’s wealth in 2019, compared with just over 20% in 2000. The top 1% in emerging markets had 32% of wealth in 2000 and 39% in 2019 (Credit Suisse 2019). Wage growth in the global North has been lower than economic growth and has led to further inequality in incomes and wealth. This has dampened demand and depressed consumer goods manufacturing, resulting in a move to the global South where labour is cheaper, and markets are growing.

Advances in information technology in almost all areas of life have reduced employment opportunities in manufacturing and some service industries, while not increasing them by as much in the new industries. The existence of an increasing number of free goods, such as some computer software, or goods sold at ever lower prices, undermines profits and capital accumulation. The potential abundance of low-priced or free goods requires a very different principle of distribution from that based on supply, demand and price. In Marxist terminology, the development of the productive forces is in conflict with the social relations of production. Covid-19 has made matters a lot worse, forcing lower levels of economic activity around the world, with a fall in global GDP of around 5% in 2020, and for advanced economies a fall of 8% (IMF 2020). The second wave has led to an even larger fall.

The climate emergency threatens the supply of oxygen and water for the next generations’ chances of mere survival. Covid-19 has helped to connect the dots between environmental degradation and the development of global capitalism. Deforestation has brought to markets wild animals with new viruses to which humans are not resistant. Global capitalism has increased human traffic such that an outbreak of a virus in a distant Chinese market can very quickly infect others in far-flung regions of the world. So, questions have been asked not only of the effects of capitalist globalisation but of the future of capitalism itself.

Government measures to deal with the pandemic and its economic effects have challenged the idea of the neoliberal minimal state. Those countries that have shrunk state capacity have found themselves less able to deal with the virus. Where countries such as China and South Korea have developed or maintained strong state capacities to organise and direct, outbreaks and deaths from Covid-19 have been significantly lower. Among African countries, Ethiopia for example, with a strong state capacity and considerable experience of driving the economy, has been able to support conversions of industrial units hit by the economic downturn, especially in exports, into manufacturing much needed protective equipment and keep official Covid-related deaths to date very low (Oqubay 2020; WHO 2020).

One of the characteristics of neoliberalism has been the importance given to the state’s role in the maintenance of law and order and the protection of property rights. The more authoritarian right has further emphasised this role, not least in the US and, as we have seen, most notably in the shooting of George Floyd and the rise of the Black Lives Matter movement, police killings have reflected the racist characteristics of this authoritarianism. In Africa, police brutality during the pandemic  has resulted in many deaths, as security forces enforce lockdown rules or use lockdown rules to pursue other agendas.

In South Africa, Kenya, and Nigeria there were well-publicised police killings of people allegedly acting against the lockdowns. The consequence has been public protests against African states that have used lockdowns as a form of repression, but also expressions of solidarity by social and political movements, especially with health workers (see ‘Out of the Ruins and the Rubble’ on roape.net). We have come to know some of these movements through the participation of their representatives in the ROAPE workshops and in the webinar held last year (see ‘Africa and the pandemic’ on roape.net).

The economic consequences of Covid-19 for some African economies have already been devastating. South Africa, for example, which has had the highest number of cases by far of any country in Africa, has suffered a fall of up to 7% of GDP in 2020. The predictions for Africa as a whole are not as bleak. Given Africa’s economies are still heavily dependent on the export of primary commodities, a significant world economic downturn will severely impact on Africa’s foreign exchange earnings, adversely affecting government revenues. We have seen a sharp decline in the oil price and with the exception of gold, whose price increased sharply and continued to increase, non-oil primary commodity prices also slumped between the first and second quarters of 2020. However, by the middle of the third quarter most had recovered, reflecting uncertainty of supply. Predictions of export revenue declines are widespread, but because of the uncertainty of the effect of the virus on supply, revenues could stabilise or even rise if prices increase. The main exception is expected to be oil, unless producers restrict supply, more difficult because of the competing interests within the producer group of countries.

As in the global North, African government revenues have been hit by reduced economic activity during lockdowns and by increased health and other expenditures related to the virus and its effects. Budget deficits went from middle-single to high-double figures in many countries, and already the IMF has agreed emergency funding for over 30 African countries for debt servicing and budget support, although there has been reported resistance to taking up these funds because of the increased debt burden and the effect on countries’ credit ratings (see ‘The World Bank and Covid-19’ on roape.net). Nevertheless, UN forecasts suggest that Africa will need a US$200-billion support package to sustain services and stimulate economies to prevent a further 50 million people falling into severe poverty. It will also need a debt standstill and a facility which allows it to repay commercial debt.

In recent years, some African governments have begun to take the issue of structural transformation and the role of the state in that process much more seriously after the failures of neoliberalism. In various parts of Africa, there is evidence of industrial strategies being developed to effect structural transformation, with the state playing a key role in directing and supporting new industrial economic activity, broadly defined, although this may enable an accumulation of capital by a corrupted political class rather than accumulation of surplus for investment in development for the whole population. The consequences of Covid-19 will require a much greater involvement of the state in managing the economy in the near future.

The problem for progressive forces in African countries seeking initially to move the state towards a more interventionist and directive economic strategy is whether the decades of running down the capacity to do this makes such state involvement possible. Even if there is sufficient capacity, what will push them into taking a more interventionist role that is to the benefit of the whole population, and especially those in extreme poverty? For it is only with organised pressure from below that governments will move in such a direction. The serious abuses of power by the forces of the state during the pandemic, referred to above, do not augur well for the possibilities of such organisation being tolerated. Meanwhile, those of us in the global North, and this journal in particular, will continue to express our solidarity with movements in Africa that seek to affect a development strategy to change people’s lives for the better so they no longer struggle for mere survival.

A longer version of this blogpost appeared in Peter Lawrence’s editorial to ROAPE Volume 47/ Issue 165.

Peter Lawrence is an editor on ROAPE. He is also an Emeritus Professor of Development Economics at the Business School at Keele University and has taught in Tanzania, Uganda, and Canada and spent periods of research in Tanzania, Hungary, Spain and India. Lawrence is a founding member of ROAPE’s Editorial Working Group.