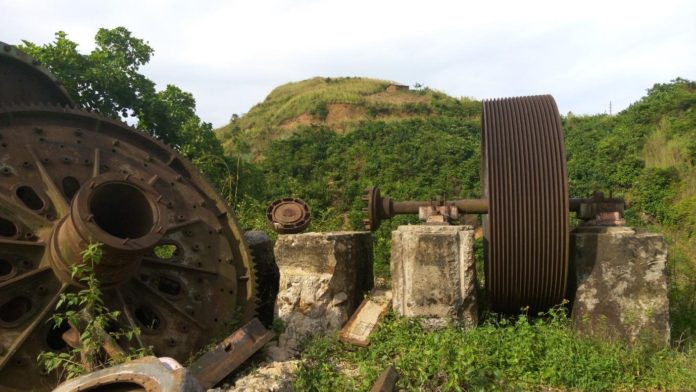 Based on their article in ROAPE, Ben Radley and Sara Geenen argue that a coalition of transnational capital and the Congolese state has marginalised and held back locally led processes of capital accumulation and mining mechanisation in the Democratic Republic of the Congo. The full article can be accessed for free until the end of March (see link in blogpost).

By Ben Radley and Sara Geenen

Over the last few decades, African governments have liberalised and privatised their mining industries, attracting significant foreign direct investment. Transnational corporations (TNCs) have become the dominant forces. Their en masse arrival across the continent has been accompanied by the displacement and marginalisation of artisanal and small-scale mining (ASM). This has been a political process not just to create value, but to transfer value to foreign firms. In this same process, particular production modes are devalued. According to Jennifer Bair and Marion Werner (2011), this is a deliberate process linked to ‘everyday practices and struggles over value’, whereby certain forms and logics of value creation are prioritised and asserted over others.

Yet a consideration or even acknowledgement of these everyday practices and struggles is generally absent from the Global Value Chain (GVC) analysis which dominates the African mining literature (especially the more influential policy papers and flagship development agency reports). This literature is mainly preoccupied with how African firms can integrate into and ‘upgrade’ within TNC-led industrial mining GVCs. It remains largely blind to a consideration of how and from whom value is transferred when recently established TNC-led mines interact with pre-existing and more locally-anchored ASM economies.

In our recently published research in ROAPE’s journal looking at the case of South Kivu Province in the eastern Democratic Republic of the Congo (DRC), we redress this imbalance by documenting precisely these ‘everyday practices and struggles over value’. We demonstrate how a coalition between foreign corporate capital and the Congolese state has marginalised and held back locally-led processes of technological assimilation, capital formation and mechanisation in ASM. By so doing, we direct attention towards the developmental potential of domestically embedded networks of African mining production, and how these networks are disrupted by incoming TNCs.

From at least as early as the 1950s, ASM miners in this region started to operate alongside industrial mining companies – sometimes literally in the same tunnels. They linked up with master traders based in neighbouring Burundi and Uganda. The Belgian-owned company mining gold and tin in the region (MGL, followed by SOMINKI) initially reacted with fierce repression. But it soon had to ease off as it began to suffer problems of its own, created by the tin price crash of 1985, eventually leading to SOMINKI’s liquidation in 1997. With the withdrawal of foreign-led industrial mining and the retreat of the Congolese state during the Congo Wars (1996 to 2002), ASM began to operate with more autonomy.

Today, ASM is the most important livelihood activity, after agriculture. Hundreds of thousands of South Kivutians work in the sector, mostly in gold. According to G. Kamundala, S. Marysse and F.M. Iragi  (2015), the province produces an estimated 4,800 kilograms of ASM gold annually. In 2020, this equated to a market value of around US$265 million. But almost all of it is produced informally and smuggled out of the country.

Of this end value, Congolese workers, managers and traders capture around ninety to ninety-five per cent (so, around US$240 to US$250 million based on last year’s annual value). From this high level of domestic value capture, successful shaft managers and traders can generate relatively significant profits, up to a few thousand dollars per month for managers and several thousand dollars per month for traders. Both we and other researchers (see Ambroise Bulambo, 2002) have observed investments from these profits in agriculture, livestock, real estate, commerce and transport, as well as to bring consumer goods, construction material and food produce into the country.

A significant share of profits is also reinvested in production, which in turn has stimulated a locally-led process of increasing sectoral productivity via technological assimilation, capital formation and mechanisation. Around 2010, shaft managers noticed a decrease in the quality of the extracted ore in the large gold mining town of Kamituga. In response, they introduced ball mills, cement mixer-sized machinery to grind large rocks into fine powder. Initially imported from Tanzania and eventually manufactured in local workshops, the mills allowed mine sites that had previously been exhausted by artisanal techniques to once again became productive. By the end of 2012, around 70 ball mills were in use. Shaft managers also started constructing their own pylons to connect sites to the local electricity grid, operated by a nearby hydroelectric power station.

Through the increased use of machinery, then, Congolese managers and traders in Kamituga were driving a domestically-managed process of capital accumulation towards a semi-mechanised mode of production, with origins in extractive techniques previously adopted by Congolese at other sites in South Kivu and the wider region. Their major problem, however, was that they were doing so in a site of strategic importance to the recently arrived Canadian mining corporation, Banro.

Since the 2000s, Banro had held 12 exploitation permits covering nearly 3,000 square kilometres across South Kivu, including one at Kamituga. This rendered any ASM extraction inside this or any of the other permits illegal. Banro had, nonetheless, initially tolerated the presence of ASM on its Kamituga concession, while it focused first on moving towards commercial production in other areas. Yet by depleting the value of the corporation’s Kamituga deposit far more rapidly than had been the case under purely artisanal techniques, ASM mechanisation posed a greater threat. As the Public Relations Manager of Banro’s Congolese subsidiary Kamituga Mining succinctly noted: ‘We continue to tolerate the presence of [artisanal] miners up to now, but under the condition that they remain in artisanal mining only’ (cited in Janvier Buraye, Nik Stoop and Marijke Verpoorten 2017).

In January 2012, the state mining administration attempted to formally ban the use of ball mills due to their illegal encroachment onto Banro’s concession. This had little effect, so in early 2013 Banro opened legal proceedings against the mill owners. In September 2013, after the mill owners had refused to move the mills, around 30 of them were appropriated by state agents with the support of local military and police. According to one of the local police involved in the operation, ‘police officers and soldiers were instructed to clear all the mills at Mobale. This was difficult for us, but we had to follow orders.’

By 2017, while mills were no longer present at the main Mobale deposit, they continued to operate at Calvaire, a site of less strategic value to Banro. Yet no judgement had been passed on the court case opened by Banro against the mill owners. The president of a miners’ association in Kamituga reflected that ‘Since 2012, artisanal miners have been leading a life of uncertainty. They continue in their work, not knowing what day their enemy will surprise them, inciting local authorities, police and military to appropriate their machinery’. This testimony proved somewhat prescient, as in April 2018 the General Prosecutor informed the state mining police in Kamituga that the case against mill owners at Calvaire was still open, and that a visit would soon be undertaken ‘to proceed to the suspension of all related [ball mill] activity’.

However, this foreseen court visit has yet to take place, possibly as both Banro and the Congolese state have been distracted in recent years by their own problems. In 2019, one year after Banro emerged from Canadian government creditor protection, the corporation split its assets with the Chinese investment fund Baiyin International Investment and its CEO wrote to the Congolese Ministry of Labour requesting the suspension of all worker contracts for reasons of force majeure (circumstances beyond the control of the company). Meanwhile, that same year, Félix Tshisekedi was appointed as the new President of the DRC, and Theo Ngwabidje Kasi was appointed as the new Governor of South Kivu.

Banro’s ongoing difficulties and the new political climate open some space for a shift in the balance of power away from foreign corporations and towards more domestically anchored ASM operators in the region. Yet this space will not be granted without struggle, as our research demonstrates the historical continuity of corporate-state ASM suppression in South Kivu across different political regimes, from the 1970s through to the 2010s.

The World Bank remains wedded to promoting the potential benefits of TNC-led industrial mining across Africa. Yet African governments are beginning to depart from this prescription, taking a more confrontational stance in their dealings with foreign mining corporations. Based on the findings presented in our ROAPE article, it is to be hoped that this shift might represent an ideological break with the past, and that future GVC-inspired scholarship on African mining and other industries expands its analytical framework to consider forms of value and accumulation that lie in networks outside of the currently dominant but all too often disarticulated and disruptive TNC-led incarnations.

Ben Radley and Sara Geenen’s full ROAPE article can be accessed for free until the end of March here.

Ben Radley is a political economist and lecturer in International Development for the Department of Social and Policy Sciences at the University of Bath. His research centres on the role, influence and developmental impact of Northern transnational corporations operating in the extractive and renewable energy industries, with a regional focus on Central Africa.

Sara Geenen is assistant professor at the Institute of Development Policy (IOB), University of Antwerp, Belgium. She is project leader of the Centre d’Expertise en Gestion Minière (CEGEMI) at the Université Catholique de Bukavu, DRC. Her research interests lie in the global and local development dimensions of extractivist projects, addressing questions about more socially responsible and inclusive forms of globalization.

Bair, J., and M. Werner. 2011. “Commodity Chains and the Uneven Geographies of Global Capitalism: A Disarticulations Perspective.” Environment and Planning 43: 988-997.