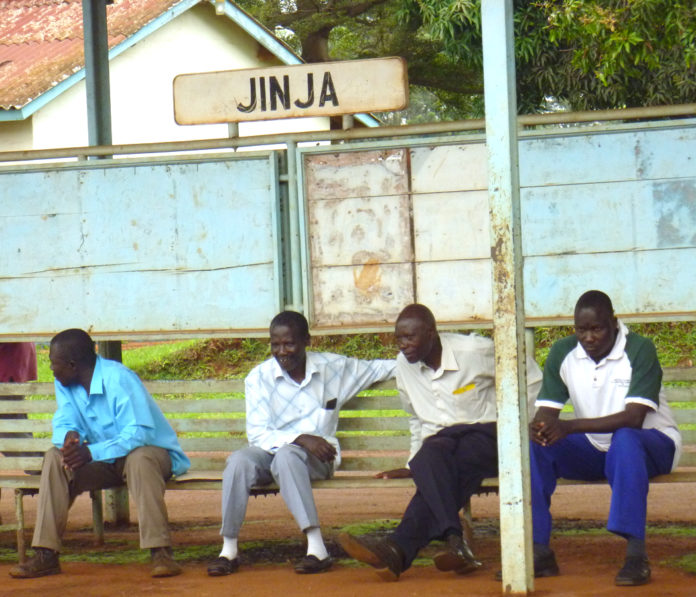 Discussing the recent elections, Luke Melchiorre argues that Uganda’s Bobi Wine is a symbol for a generation’s desire for political change. However, his power has often distracted attention from the underlying politics of his People Power project. Melchiorre explains that Wine did not disavow the country’s underlying neoliberal moorings, but instead fixated on the ruling party’s history of ‘poor governance’.

In many respects, Uganda’s recent presidential and parliamentary elections unfolded predictably. As in previous election years, the country’s incumbent president, Yoweri Museveni, was successfully able to utilize state violence and intimidation, amid allegations of widespread electoral fraud, to secure another term, his sixth, in office.

Yet, while Museveni’s victory was long considered a foregone conclusion, in other respects, the 2021 election was far from a historical repeat.  On the contrary, the formidable challenge posed to the incumbent by his upstart opponent, the 38-year-old popular musician-turned-parliamentarian, Robert Kyagulanyi Ssentamu, aka Bobi Wine, would have been almost unthinkable just a few years ago.

As late as mid-2020, few experts predicted that Kyagulanyi, a man with no formal political experience prior to 2017, would displace Dr. Kizza Besigye, Museveni’s main challenger in the previous four elections, as the new face of the country’s opposition. Yet in spite of facing unprecedented state repression during the campaign, Kyagulanyi performed well, garnering just over 35% of the popular vote in a highly disputed election.  Perhaps even more impressively, his party, the National Unity Platform (NUP), the successor of his pressure group, People Power, won 61 seats in parliament, becoming the country’s official opposition.

Kyagulanyi’s rapid political rise and the international attention that it has garnered, particularly among Africa’s younger generation, has placed the content of his message and the methods of his political movement under intense scrutiny. In particular, in an era of international politics dominated by the supposed rise of populist politicians across the globe, Kyagulanyi’s repeated calls for the people of Uganda to rightfully reclaim control of the country’s democracy from the hands of its corrupt political elite, raises important questions about his own relationship to populism.

In my research, I argue that the 2021 election reveals both the possibilities and limits of Kyagulanyi’s unique brand of populism. While NUP’s electoral successes demonstrate how populist appeals in African democracies, like Uganda, are capable of building impressive political coalitions across ethno-regional lines, the emphasis placed on the power of Kyagulanyi as a political symbol, has often distracted from a deeper analysis of the limitations of his own underlying political economic agenda.

“A Populist Without an Agenda”?

In the run-up to the 2021 polls, Kyagulanyi’s political project has been referred to as populist both by domestic critics and international observers alike. Speaking less than a week before the election, for example, Museveni, who had already accused his main opponent of being backed by foreigners and “homosexuals”, dismissed Kyagulanyi as a populist without an agenda.

International observers have also described Kyagulanyi’s political appeals as populist, though in a far less derogatory manner. Writing in November in Time magazine prior to the election, for example, Aryn Baker suggested that Uganda’s “upcoming election is a test of the limits of populism when stacked against the entrenched powers of dictatorship.”

Such Western mainstream media descriptions of an avowed pro-democratic candidate like Kyagulanyi as a populist are notable, because they veer away from common depictions of populism in such spaces as an almost exclusively negative phenomenon, which is regularly said to pose an existential threat to democracies across the world.

While the term populist in the analysis of Kyagulanyi has been deployed with different meanings and intentions, it is important to note there is some truth to this label. There is no question that his use of populist discourse, for example, has effectively forged a new collective sense of identity among his mostly youthful supporters around the nodal point of “the people” and in antagonistic opposition to the country’s political elite.

Moreover, the Ugandan opposition leader does conform to some other conventional ideas of populist politicians.  When, for example, Kyagulanyi first ran in a parliamentary by-election in Kyadondo East in June 2017, he was a famous, but inexperienced political outsider. His candidacy was rejected by both of the then main opposition parties, the Forum for Democratic Change (FDC) (the party of his political mentor, Besigye) and the Democratic Party (the party of his father).

In his rhetoric of this time, Kyagulanyi embraced his outsider status, rejecting the label ‘politician’ and instead describing himself as a “servant” and “leader” of ‘the people’.  He also positioned himself in opposition to the political establishment, brandishing both government and opposition MPs as ‘eaters’ for asking for salary increments, and promising “not to represent any political party or any particular politician but the views and aspirations of the people of Kyadondo East.”

Kyagulanyi’s commitment to what he called ‘politics unusual’, reflected in his embrace of a unique door-to-door campaigning strategy, represented an explicit rejection of Uganda’s political status quo.  It also clearly resonated with voters, who elected him as an independent candidate for the MP position in the Kyadondo East by-election in a landslide.

In other important ways, however, Kyagulanyi’s brand of populism is also novel. While his conception of ‘the people’ has always been heterogenous and inclusive, including market women, ghetto youth, journalists, teachers, and even those who are “struggling to run a business”, there is no denying that, for Kyagulanyi, ‘the people’ are largely defined in generational terms. Indeed, in his populist discourse, he calls for a generational transfer of power in Uganda, pitting the ‘Facebook generation’ of his supporters against Museveni’s ‘facelift generation’.

This is not surprising given the fact that Uganda has, with approximately 77% of its population below the age of 30, one of the world’s youngest populations. Still, it does distinguish his brand of populism from right-wing populist politicians in Europe and the United States, who have tended to define ‘the people’ in ethno-nationalist terms, or left-wing populists in Latin America, Southern Europe and the US, who often conceive of ‘the people’ in socioeconomic terms.

The ‘Umbrella wave’, as NUP’s electoral successes have been christened (referring to the party’s official symbol) has lent credence to the effectiveness of Kyagulanyi’s populist appeals. NUP was able to embarrass Ugandan opposition stalwarts, like the FDC and the DP, while winning decisive electoral victories in traditional strongholds of the ruling party, Museveni’s National Resistance Movement (NRM), in Buganda (Kyagulanyi’s home region) and Busoga.

The Limits of Populism

For many youths in Uganda, Bobi Wine, dressed in a slim-fitting suit with a trademark red beret atop his head, has come to be a portent symbol of their own desire for generational political change.  The power of Kyagulanyi as a signifier, however, has often distracted attention away from discussions of the underlying politics of his People Power project.

Comparisons have been drawn between the 38-year-old Ugandan presidential candidate and radical African political figures of yesteryear, like Burkina Faso’s former president, Thomas Sankara, who appears on a mural on the wall of NUP’s political headquarters in Kamwokya.  While Kyagulanyi’s bravery, charisma, and popularity with youth across the continent certainly calls to mind Sankara, the former does not appear to subscribe to a similar brand of radical politics.

On the contrary, Kyagulanyi’s critiques of Museveni’s regime do not necessarily disavow its underlying neoliberal moorings, but instead fixate on the NRM’s recent history of ‘poor governance’.  This and Kyagulanyi’s repeated espousals of his commitment to the rule of law, service delivery, and a people-centred government operating within a liberal democratic institutional framework highlight the possible limits of his populist project. They suggest that while Kyangulanyi may be committed to creating a more pluralistic, democratic future for Uganda, where, how and if his promises of democratic reform will ultimately diverge from the neoliberal orthodoxy that has come to characterize Museveni’s Uganda, in the decades since the NRM came to power in 1986, remains uncertain.

Luke Melchiorre is an Assistant Professor in the Department of Political Science at Universidad de los Andes in Bogotá, Colombia. His research engages in cutting edge debates that straddle Africanist political science and historiography.