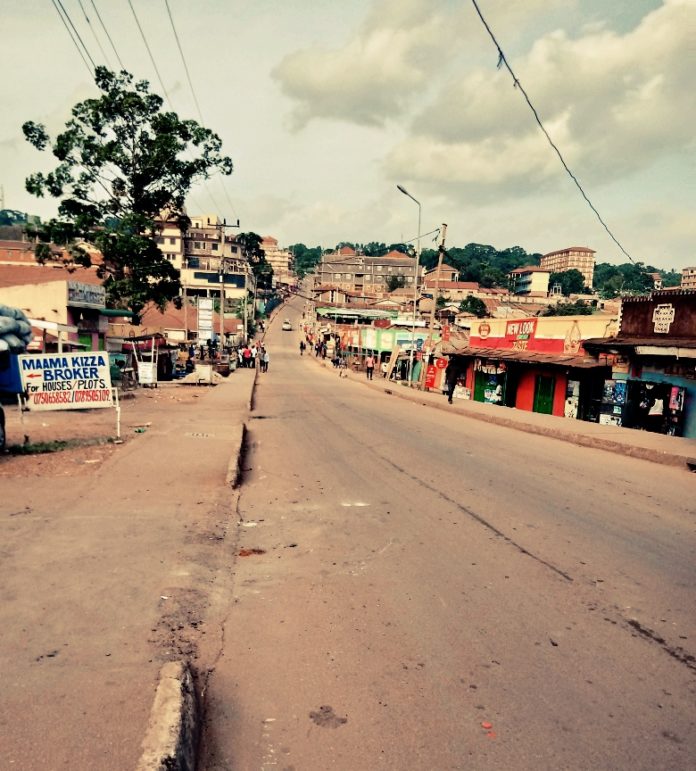 From the editorial of the latest issue of ROAPE, Elisa Greco provides an excoriating denunciation of Africa’s underdevelopment in the context of the pandemic. Unpicking the political strategy of neo-extractivism, she argues that every global recession, or primary commodity prices downturn, African economies which bought into this model succumb to crisis and recession.

In April 2020, Macky Sall, the president of Senegal, called for a new global order, asking for the cancellation of Africa’s debt in the context of the current pandemic. His argument was based on a lucid assessment of the extractive nature of the productive structures on the continent.

While broad generalisations about a region composed of highly diverse countries runs the risk of repeating neo-colonial tropes, extractivism is the dominant feature of most African economies. The absence of processes of structural transformation and the persistence of primary commodity dependence creates highly porous extraverted economies, organised around extractive cores. Foreign exchange earnings on the continent largely accrue from primary commodities and the extractive sector: mining, oil and gas extraction and export-oriented agriculture.

The colonially inherited pattern of agrarian and mining extractivism has been reinforced by post-colonial patterns of uneven and combined development and capital accumulation, sustained by a global trend of growth in extraction of natural resources, which went up from 27 billion tonnes in 1970 to 92 billion tonnes in 2017. The rapid urbanisation and industrialisation of Asian countries that led to the commodity boom of 1993–2003 meant that extractives have attracted increasing investment. Since 2000, the sector has grown at an annual average rate of growth of 3.2%. Until 2014, the hike in global commodity prices – involving mining, oil and gas but also food and agricultural commodities – led to an increase in foreign direct investment in extractives and agriculture in Africa and Latin America.

Compounded by financialised investments after the global financial crisis of 2007-08, agrarian extractivism through land grabs (McKay 2017) and an increase of investment in mining and energy led to a renewal of the debate on extraction and imperialism (Veltmeyer and Petras 2014). Especially in the mining and energy sectors, it also led to new political responses, dubbed ‘neo-extractivism’, based on a return of the developmental state in its functions of rent appropriation and redistribution. In Latin America, neo-extractivism pictured extractives as carriers of development through strong developmental states, which reinvested extractive rents in social programmes and structural transformation (Gudynas 2010). Its politics had the ambition of defining themselves as post-neoliberal, while retaining capital’s trend of exploitation of workers, dispossession of land and unmitigated environmental destruction (Bebbington and Humphreys Bebbington 2011).

Following the Latin American example of neo-extractivism, many African governments have experimented with resource nationalism, although with considerable national-level variations. At the regional level, the African Union’s Africa Mining Vision (AMV) 2030 is an attempt to propose stronger rent extraction from the mining sector and use it to finance programmes of structural transformation in the continent (Bush 2018). However, contemporary neo-extractivist policies in Africa nowadays are nowhere near as ambitious as those once attempted by African socialist governments. These aimed at regulating the global market for extractives, like in Kenneth Kaunda’s Zambian initiative of the Intergovernmental Council of Copper Exporting Countries (CIPEC), or Julius Nyerere’s nationalist ban on extractives, aimed at keeping resources in the soil until the nation could develop the productive forces to manage extractives for national development. These politics often attacked multinational corporations in extractives, banning their operations or heavily regulating them in a way that neo-extractivism has not managed to do. Most African countries have moved away from national control over natural resources, towards a more modest agenda aiming at increasing ‘local content’ in extractive policies, not only in mining but also in oil and gas extraction (Ovadia 2016).

While the African Mining Vision proves African agency, it also lives under the shadow of the failures of resource nationalism of the 1970s. And how could they not? The Latin American experience carries considerable significance to the African one, showing that the appropriation of ground rent mediated by state policies tends to create ‘a structural dependence upon the magnitude of ground rent available for appropriation’ (Purcell, Fernandez and Martinez 2017, 924) even when these same policies support and incentivise small capitals, and use rents for social protection and redistributive social policies.

The effects of global recessions on extractive economies are well known: as global commodity demand decreases, extractive economies quickly fall in a recession, their rents fall, and so do the programmes of redistribution based on them – as shown throughout the last commodity prices downfall, started in 2014. In this analysis, African miners and farmers remain firmly inscribed in global value relations through their integration in the world market (Araghi 2003) and in capitalism as a totality – the world economy being more than just ‘the sum of its parts’ (McNally 2009: 43).

For Marx, the world market expressed ‘the primacy of the concrete corporeality of the sum total of the vast multitude of labours living under the geographies of capitalist society, before it assumes distorted forms in international political relations and inter-capitalist competition’ (Arboleda 2020: 52). The utter dependence of the ‘successes’ of this neo-extractivism on ground rent from primary commodities, tied as these are to the fluctuations of the world market and inscribed in global value relations, have already failed to pass the test of decreasing commodity prices. At every global recession, or primary commodity prices downturn, the political strategy of neo-extractivism shows its limits, and African economies which bought into this model are likely to succumb to the current recession.

The crisis this time

The pandemic has indeed triggered a global recession and, as a consequence, Africa has entered its first recession since 1995. Foreign exchange earnings coming from extractives have fallen due to the decline of consumption in Europe, the US and China caused by the pandemic, and the global recession that is unfolding, with global trade drastically reduced and primary commodity prices in a downward trend. The economy of remittances has also been affected by the pandemic. While the formal service sector, structured around patterns of real estate and financial speculation, is likely to be less affected, the social reproduction of the majority of people will be more impacted, dependent as it is on farming and artisanal mining (will suffer as a result of the global recession) and circulation activities (petty trade, transport and services), many of which largely escape GDP calculations. The World Bank regional report estimates the contraction at 3.3% in 2020, underlining that this is the first recession in Africa in the last 25 years.

On the basis of these estimates, shrinking GDPs will bring real per capita GDP back to 2008 levels, and about 40 million people will be very possibly pushed into extreme poverty on the continent. Africa is also the region with the highest number of countries (39) which, since April, have been receiving emergency debt relief from the International Monetary Fund to cope with the pandemic, alongside 28 countries which have joined the World Bank/G20 Debt Service Suspension Initiative (DSSI). However, as of 2018 about a third of African governments’ public debt was owed to private financial investors, thus falling outside the mandate of the DSSI. For their part, private financial groups remain unwilling to renegotiate debt with African governments to ease the impact of the pandemic and responded to public criticism by creating a public relations agency, the Africa Private Creditor Working Group (2020).

The first 10 months of this pandemic have made clear that many governments have taken an extremely pragmatic approach: if the economy cannot afford the losses, workers have to keep on working to put food on the table. The ‘grim calculus’– how many people governments decide can be considered as disposable – and sheer pragmatism have informed many decisions on economic policies.

The pragmatism of governments that cannot afford to pay for a crisis is epitomised by President John Magufuli’s stance in Tanzania. Tanzania is to date the only African country which has stopped submitting official reports on Covid-19 cases and mortality to the World Health Organization denying the presence of the virus in the country. While presidential declarations blended a dubious anti-scientism (coming from a president with a PhD in biology) and religious sentiment, in the run-up to presidential elections Magufuli left all the street vendors on the streets, did not close shops and schools, nor did he prohibit religious gatherings, securing himself popular support. While this response has largely been portrayed as an extreme example of authoritarian populism, it can also be interpreted as pragmatism of a poor, highly donor-dependent nation which is about to be hit by a global recession. Policy covers up with populist actions the pragmatic acknowledgment that its government cannot afford the slightest disruption in production – especially agrarian, on which millions depend for sheer survival – nor can it fund social protection programmes and a lockdown to protect people’s lives.

But is this position a departure from the norm? I would argue that this is more of an extreme position than an exceptional one. Many governments in the global North have implicitly admitted defeat to capital, faced with a pandemic that threatened to disrupt the circuits of capital, hitting both production and consumption and grinding them both to a halt. A global recession causes unemployment and hunger that can, if unmitigated by public policy, kill more than the virus; and only a minority of countries have responded with Keynesian interventions.

Crises in capitalism cause at once ‘immense suffering and hardship for the world’s workers’ and also open up moments in which ‘new spaces of resistance can be pried open’ (McNally 2009: 72). As before the pandemic, semi-privatised health services prove to be good for business, and the long legacies of structural adjustment in Africa are at their most visible in the failure of basic health service provision. What unifies governments across the globe lies in what the pandemic did not do: questioning the role of the state in public health service provision in any fundamental way. While demand-side Keynesian policies have been put in place to rescue capital – from large companies to small and medium-sized enterprises– political discussions on the necessity of public health service provision during a pandemic have been conspicuous by their absence (see  Peter Lawrence’s editorial to ROAPE, Vol. 47, Issue 165, ‘Global capitalism and Africa after Covid-19’).

The deadly conservative political climate makes any redistributive proposal look like a radical step, as suggested by the neo-Keynesian plans put forward by the Transnational Institute – to tax the rich and use the wealth for a pandemic response and concluding by quoting exhortatory words spoken by the African revolutionary Thomas Sankara.

What the pandemic did do, in fact, is to prove once again that illness and death can be very good business for capital. The pandemic opened up opportunities for huge private gains, deriving mostly from speculative ventures in health and technology on the stock market. This led to an increase in total billionaire wealth, which reached US$10.2 trillion in July 2020, from US$8.9 trillion at the end of 2017, divided among 2189 billionaires. Dead labour triumphs over living labour, and the class implications of this triumph are mortally clear.

To read Elisa’s full editorial for Volume 47, Issue 166 (2020) click here and to access all of the articles in the issue, which are freely available, click here.

Elisa Greco is an editor on the Review of African Political Economy and teaches at the European School of Political and Social Sciences, Lille Catholic University, Lille, France.

Featured Photograph: Abandoned street in Uganda during the lockdown in the Covid-19 crisis (Derrick Ndahiro, 14 April 2020).

Bebbington, A., and D. Humphreys Bebbington.  2011. “An Andean Avatar: Post-neoliberal and Neoliberal Strategies for Securing the Unobtainable.” New Political Economy 16 (1): 131–145.