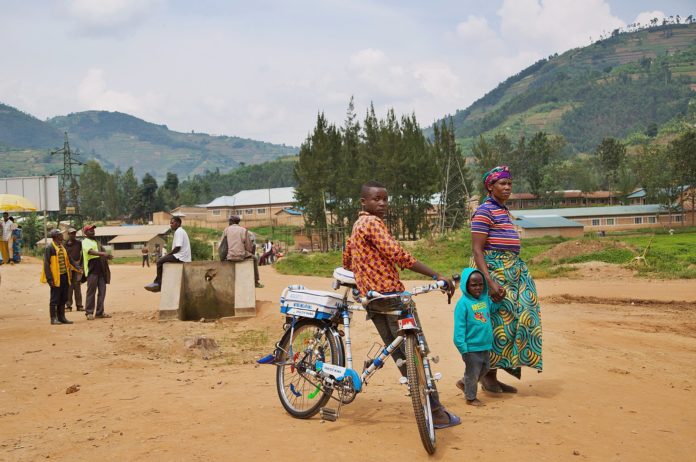 Based on his new book, David Poole exposes the Rwandan paradox: that despite extensive efforts to support a new entrepreneurial class and the formation of a small and medium enterprise private sector, the Rwandan economic landscape remains dominated by a vast number of informal micro-enterprises. All assumptions, he argues, by the leading development agencies have been proved wrong.

Vision 2020, the government of Rwanda’s economic development plan, set the ambitious aim of achieving middle-income status by 2020. It envisioned transitioning from an agricultural to a knowledge-based economy, spearheaded by the emergence of a new class of domestic entrepreneurs and a dynamic small and medium enterprise (SME) sector. It is a plan that is fully consistent with the entrepreneurship and SME development prescription advocated by leading development agencies including the World Bank, International Monetary Fund (IMF), the Organisation for Economic Co-operation and Development (OECD) and major donor nations.

Billions of dollars have been injected in order to facilitate Rwanda’s economic transformation but, paradoxically, the dynamic entrepreneur-led SME sector that was anticipated remains conspicuous by its absence. It comprises just 2.3 percent of private commercial enterprises. Instead, the commercial landscape is dominated by a vast number of informal micro-enterprises, typically household level subsistence enterprises comprising own-account workers who are, if anything, supported by unpaid family workers. Adjusting for inconsistencies between successive census data additionally suggests that the SME sector employs just 100,000 workers — a mere fraction of the 1.8 million non-agricultural jobs that the entrepreneurship and SME sector prescription was expected to deliver.

The paradox is not though due to any lack of effort by the government and people of Rwanda, who have diligently followed the prescription advanced by the major development institutions. Twenty years on, Rwandans thus have every right to ask why it has not worked – it is a question that my new book seeks to answer.

Surprisingly little is known about how or why entrepreneurs in developing economies come into existence, or the structures required to support them. As a consequence, policymaking is based on straight-line extrapolations from developed economies. One might expect such extrapolations to be drawn from a widely accepted body of knowledge about entrepreneurs in developed economies. Yet instead of a well-integrated body of knowledge, one is confronted by an ever-expanding range of inconsistent and competing theories.

One school of thought claims that entrepreneurs emerge, in an act of spontaneous combustion, in response to a favourable economic and institutional context. An alternative argument holds that their emergence is conditioned by access to various forms of capital, particularly finance (and especially microcredit) and investment in human capital. In a developing economy context these translate into a generalised belief in the existence of a sea of entrepreneurs-in-waiting who will emerge in response to a favourable institutional context, access to credit and the provision of business skills training. It is typified by Muhammad Yunus, the Bangladeshi economist’s implausible assertion that ‘every single human being, even one barefoot and begging in the street, is a potential entrepreneur’. In contrast to this belief in the ubiquitous nature of entrepreneurial capabilities, is the view that entrepreneurship is a minority capability determined by the presence of certain individual psychological characteristics, particularly the so-called ‘Big 3’ of need for achievement, internal locus of control and preparedness to embrace risk.

The Government of Rwanda has successfully fashioned an institutional framework that is fully consistent with what most economists claim should be conducive to entrepreneurship. It has created a competent and independent banking system, taken effective steps to establish a good governance climate, secured property rights, minimised corruption and streamlined the process for setting up an enterprise. This supportive context has provided a platform for programmes designed specifically to catalyse entrepreneurship and SME formation. These measures include significantly enhanced access to credit, the development of a large-scale business plan competition designed to identify and support potential entrepreneurs, business skills training, a major regional cluster strategy based on the American academic, Michael Porter’s theories of regional competitive advantage and the incorporation of ‘entrepreneurship teaching’ into the national curriculum.

Taken together it is clear that the Rwandan enterprise paradox is not explained by fundamental weaknesses in institutions or a lack of investment in financial and human capital. To find an explanation one must look beyond the unfounded assumptions that underpin the entrepreneurship and SME development prescription. This can only be achieved by talking to individuals who are navigating the so-called entrepreneurial journey.

Interviews with successful entrepreneurs in Rwanda reveal narratives that are antithetical to key elements of the theory that underpins the entrepreneurship and SME sector development prescription. Demands for increased access to credit, founded on the premise that entrepreneurs in developing economies struggle to obtain the finance they need, are thoroughly undermined. Despite widespread access to credit, the successful entrepreneurs in Rwanda did not want, nor indeed need it. They preferred to use their own money. If this proved to be insufficient they were remarkably adept at finding other ways to get their businesses started. Credit was not a binding constraint.

The economic argument that entrepreneurs seek to capture the entrepreneurial rents on offer were also found to be invalid. Successful entrepreneurs were driven by a desire to take control of their own lives and were prepared to sacrifice financial gains as a trade-off. The popular perception that entrepreneurs have a heightened propensity for taking risks was also found to be invalid. Instead, the successful Rwandan entrepreneurs went to considerable lengths to mitigate the risks they might face. Assumptions that learning how to write a business plan would help individuals to realise their entrepreneurial ambitions were also found to be erroneous. Instead of formal plans, the successful entrepreneurs preferred diving in and acting contingently, as circumstances dictated. This did not mean, though, that their behaviour was in any way cavalier. On the contrary, being risk averse, they sought reassurance that their commercial concepts were viable and were prepared to invest considerable time and effort in validating their business ideas. They were in no rush to get started and their businesses could consequently have a gestation period that could be measured in years.

Synthesising the findings from the two sets of narratives revealed the presence of a small cluster of proto-entrepreneurs, who appear to be relatively well equipped for the entrepreneurial journey. While this does not guarantee their success, it does enhance the prospect of a positive outcome. However, the relative paucity of proto-entrepreneurs and the lengthy gestation period associated with how they will validate the viability of their enterprise concepts directly challenges underlying assumptions of both the entrepreneurship and SME development prescription and the Vision 2020 economic transition goal. There was no pre-existing massive reservoir of entrepreneurs-in-waiting that could be called forth, at will, by government policy.

The corollary to the low incidence of proto-entrepreneurs is an overrepresentation of individuals who have been seduced by the forceful promotion of entrepreneurship as a career choice. They are, perversely, exactly what the development agencies are seeking: individuals who can write a rudimentary business plan, have a high tolerance for risk and want to take on credit to fund setting up an enterprise. Unaware that they are ill-equipped for success, they will be gambling on an uncertain future where the odds are stacked against them. Their businesses will tend to lack commercial viability and be short-lived. Perniciously, these individuals will be left poorer than when they started — risk capital invested in a failed business will have been dissipated and collateral used to secure credit forfeited.

The narrative accounts of those actively engaged in the entrepreneurial journey reveal that the entrepreneurship and SME development prescription, which dominates development thinking, is fundamentally flawed. Based on false premises, the Rwandan enterprise paradox is consequently an unsurprising outcome. Other developing economies would do well to heed the experience of the development industry’s model pupil.

David Poole’s book Entrepreneurs and SMEs in Rwanda: The Model Pupil Paradox has just been released.

David L. Poole holds a PhD from SOAS, University of London, and an MBA from Imperial College Business School. He had a successful career as a marketing consultant and entrepreneur. The experience of heading a team of volunteers providing support to businesses in Rwanda sparked his interest in the country’s efforts to catalyse economic development through entrepreneurship and SME sector creation.