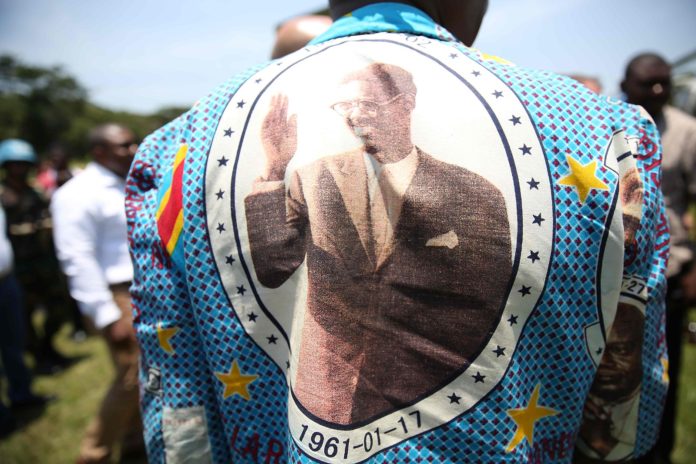 In a powerful defence of the legacy and politics of Patrice Lumumba, murdered 60 years ago today, Charles Gimba Magha-A-Ngimba asks what his death mean for Africa and the Congo? Lumumba’s name has become a passport to power, but the question remains how do we revert to his real legacy?

“We must move forward, striking out tirelessly against imperialism. From all over the world we have to learn lessons which events afford. Lumumba’s murder should be a lesson for all of us” — Che Guevara, 1964.

On 17 January 1961, the African leader and first head of government of the Democratic Republic of the Congo (DRC), Patrice Lumumba, was brutally murdered. Yet Lumumba’s legacy endures and continues to resonate among all peoples in Africa and the world.

Lumumba led the DRC to independence on June 30, 1960. The African leader wanted the decolonisation of his country but even more, he wanted to totally eradicate European colonialist power present in Africa, and to remove plunders from the continent and the Congo. As a gifted party organiser, Lumumba’s ambitious aspirations for independence were inspired by pro-independence groups across Africa and notions of African unity emanating from Ghana which has achieved independence in 1957.

Lumumba’s resolute position on independence made him an enemy for Europe and the United States, who, according to several analysts, played a role in his death. The murder of Lumumba was the most significant assassination of the 20th century due to the global context in which it took place, and its impact on Congolese politics. War, disorder and plunder have plagued the DRC’s people since, despite the Congo being one of the world most mineral-rich countries.

Lumumba died fighting for the Congo’s unity and autonomy, in the context of the country’s colonial past and its rooted mechanisms. Against the backdrop of such a violent history in the DRC, in the 1950s groups emerged with a pro-independence determination for a free and sovereign Congo. One of these groups was the Congolese National Movement (MNC), in which Lumumba became the best-known face and from 1958 its leader.

In 1958, inspired by the independence movement of Africa after attending the All-African Peoples’ Conference in Ghana, Lumumba was determined to fight for the decolonisation of the DRC, despite the limited possibilities of social action due to the Belgian colonial system – an empire of silence, as it was known. Lumumba was in favour of creating an independent and secular state, whose unitary political structures would help to overcome tribal differences and feed into the creation of national sentiment.

After protests and a rising wave of decolonisation over several years, a round-table conference was called in Brussels in January 1960. At this conference, the Congolese strongly rejected the guidelines drawn up by Belgium, and under the leadership of Lumumba and the MNC they insisted on the immediate transition to independence and elections. Elections were called for May of that year and Lumumba was elected the first Prime Minister, while Joseph Kasa-Vubu was appointed as the first President of the newly independent state. The country became officially independent on 30 June 1960, later changing its name to the Democratic Republic of the Congo.

However, independence immediately triggered major difficulties. Lumumba was unable to prevent widespread disturbances, mainly in the provinces of Katanga and South Kasai, where both states, in mineral rich areas of the Congo, seceded with the support of the Belgian government. The Katanga region was (and still is) the heart of the country’s mining wealth, where large-scale industrial mining had started in the early 20th century, mainly through the system of colonial companies, closely aligned with the Belgian state.

Huge profits were stolen from the Congolese people filling the pockets of the colonial industrial and political elite; something that after independence, the former colonial power was not willing to sacrifice. It was inevitable that the construction of a legacy based on brutal colonial exploitation and political authoritarianism would not vanish overnight. After July 1960, the uprisings and breakaway of Katanga grew in strength with the mutiny of military forces supported by the US and Belgium.

As a strategic ally to Belgium, the US maintained a close interest in DRC’s affairs, given their interest in uranium, mined in the Congo. Lumumba’s determination to use Congo’s natural resources for the benefit of the people, meant he was immediately perceived as a threat to Western interests, which led them to use all possible strategies to remove him. After the separatist revolts in Katanga supported, Lumumba demanded before the UN the rights of sovereignty and inviolability of its territory and called for the immediate expulsion of Belgian troops. However, the UN ignored the request and Lumumba sought the support of the Soviet Union, which for many was a defining point in the Congo crisis.

After his murder on 17 January 1961 Lumumba’s body – together with two comrades murdered with him, Joseph Okito and Maurice Mpolo – was dissolved in acid in an attempt to erase his legacy, his thoughts and the importance of his struggles for the liberation of African peoples. Without any physical burial, a gold-capped tooth is all that remains of Lumumba. It was wrenched from his skull after he was executed and taken to Belgium as a human trophy. After 60 years, the tooth is finally heading home. A Belgian judge has ordered it to be sent back to Lumumba’s family in the DRC, where it can be laid to rest.

In Lumumba’s famous letter to his wife, written two months prior to his murder, he wrote:

Dead, living, free, or in prison on the orders of the colonialists, it is not I who counts. It is the Congo, it is our people for whom independence has been transformed into a cage where we are regarded from the outside…

Would the people of Africa be drowning in the Mediterranean in search of a better life in Europe if Lumumba’s vision and leadership had been fulfilled? Today, people in Africa and the Congo are still angry about Lumumba’s murder. Nevertheless, how long shall we continue discussing his death, while the circumstances of our lives remain unchanged? For Africans, Lumumba remains alive as an idea, even if these thoughts are not implemented into a party programme or a political strategy today.

Neither Africa nor the Congo has written the history that Lumumba forecast. Lumumba fought for the Congo’s independence and a united Africa, freed from imperialism and external control. Yet his greatest legacy to his fellow Congolese and Africans remains the ideal of national (and continental) unity, particularly in the DRC where it is still an important weapon in the defence of Congolese territory from Balkanisation supported by foreign powers and international businesses.

Lumumba was also an African revolutionary leader whose Pan-Africanist vision of a united continent gained him many enemies from the outside world. Together with Kwame Nkrumah, Lumumba sought a continent where the wealth of resources would benefit not only the Congo but also African people as a whole.

In his famous independence speech, as the newly elected Prime Minister he stood up and denounced the humiliation and brutality of colonialism. He remained through the crisis in 1960 determined to defend Congo’s independence, territorial integrity, and a programme of reforms that Congolese leaders have completely failed to achieve since his murder. Perhaps it is the current generation’s responsibility to remember Lumumba’s legacy in order to be able to return to his real vision. The cycle of repression, poverty and corruption in the Congolese state illustrates the failure of leadership, and the legacy of exploitation and foreign involvement in Africa and the Congo that continues unabated today.

In the DRC, evoking Lumumba’s name and ideology for political means has become a political strategy to earn people’s trust and their ballots. More than 95% of Congolese politicians label themselves as Lumumbist or Lumumba’s disciples. Yet, the proliferation of Lumumbist political parties is nothing other than a trick which consists of using his name in order to access political office. Lumumba’s name grants political citizenship which has been used to quench personal ambitions and fulfil an imperialist agenda.

We are still forced to ask ourselves what does Lumumba’s death means for African and Congolese people? What are the lessons to be drawn from it? And what are we doing to perpetuate Lumumba’s vision? Today in the Congo, Lumumba’s name has become a passport to power, but the question remains how do we revert to Lumumba’s real legacy?

Charles Gimba Magha-A-Ngimba has a PhD in International Studies and Social Sciences from Coventry University. Gimba teaches at the University of Kikwit in the Democratic Republic of Congo (DRC) and is a Research Fellow at the School of Business and Law at Aston University, England.