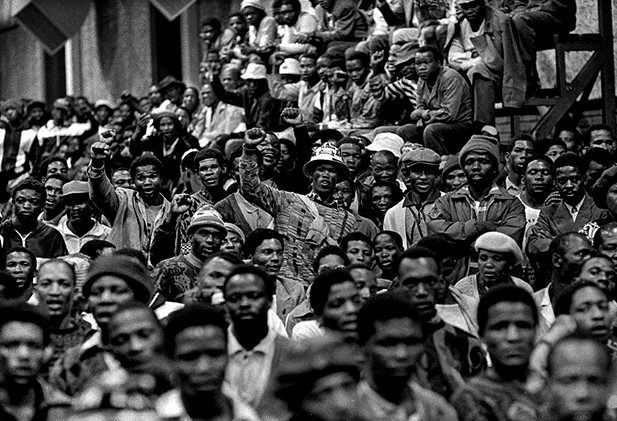 For five years ROAPE’s website has tried to reinvigorate scholar activism in and about Africa. We continue to be an important resource for radical political economy in Africa, and to build deeper connections with activists and researchers. In a new initiative this year, we are launching a bimonthly Newsletter, run by Ben Radley, and offering a roundup of all the fresh content posted on the site in the previous two months.

By Ben Radley and Leo Zeilig

The Review of African Political Economy was established in 1974, with the aim to ‘examine the roots of Africa’s present condition’ through an emphasis on critical issues such as dependency and inequality. As a fraternal voice of the new movements that were sweeping the continent at the time, the Review attempted to analyse the progressive politics of the new forces of liberation that were emerging, and interrogate already existing radical projects. The Review did not seek to promote scholarly research for its own sake, but instead sought to engage with the actions required for transformation. The first generation involved in ROAPE were scholar-activists rather than career academics and were a committed (and diverse) political community seeking to assist the continent’s radical transformation.

More than 40 years later, the Review remains committed to this project, and in 2015 launched a new website to help reinvigorate scholar activism in and about Africa, and to involve new communities on the continent and elsewhere in a host of ROAPE activities, projects, workshops and events. The twin aims were and remain to become a leading online resource for radical political economy in Africa, and to build deeper connections with scholars, students, activists and institutions who work in and on Africa.

To these ends, over the last five years, the Review website has: posted interviews with scholars and activists (including video interviews); launched a series of debates (including on Capitalism in Africa and on Popular Protest and Class Struggle); offered reports on radical and progressive conferences taking place across the continent (including some video reports), and; provided information about popular and democratic movements and campaigns.

In October 2020, the website also become an online hub to previous journal issues of the Review. In our publishing agreement with Taylor and Francis, the company has exclusive access to the last seven years of our issues (available here), while roape.net now has the full back-catalogue to all other issues since the founding issue in 1974. This is an extremely valuable resource, covering the continent’s political-economic developments and the shifting terrain of struggle over four decades. The archive was finally launched in October last year, and we hope it will be used widely across Africa, and elsewhere – freely accessible outside of paywalls and publishing agreements.

Elsewhere during 2020, the Review’s website offered coverage of Covid-19 (including through this ROAPE/BIEA webinar in May to discuss the reaction of Africa’s ruling classes to the virus), and added a range of new, important voices to the site, including those of Lai Brown, Gbenga Komolafe and Amandla Thomas-Johnson. In the last two months of 2020 alone, we published more than 20 new posts, including long reads on Covid-19 and Kwame Ture, a series of short eulogies to the radical economist and militant activist John Loxley, and a reflection to mark the tenth anniversary of the death of Mohamed Bouazizi, the iconic martyr of the Tunisian revolution.

To help keep our readers informed about this high volume of new content, and to further the website’s original aims, this year we are launching a bimonthly Newsletter, offering a roundup of all the new content posted on the site in the previous two months. Run by Ben Radley, the Newsletter will deliver six issues each year, sent out during the first weeks of January, March, May, July, September, and November. To subscribe, simply enter your email address at the top of the home page and hit the ‘Subscribe’ button. A sample of the first issue, which will be sent out to subscribers this week, can be viewed here.

This year we want to continue our focus on the unfolding of the environmental emergency on the continent, following on from a number of posts by radical campaigners and socialists last year (see Hamza Hamouchene and Nnimmo Bassey). We will also be marking major anniversaries – including the murder of Patrice Lumumba on 17 January in 1961. This is part of our efforts to commemorate major radical historical events and figures, including a post on the International African Service Bureau, the remarkable black radical formation in the twentieth century. We do not post these pieces for reasons of nostalgia – we see radical history as a key element of our efforts to unlock a frequently forgotten past, so our movements and politics can learn from these experiences.

And there is, as always, much learning to put into action this year. Zambia and Ethiopia, both in the media spotlight in recent months, are set to hold elections. While corporate media coverage of Zambia’s default in November 2020 laid the blame firmly at the door of ‘high-octane borrowing and misrule’ – in other words, the tired old trope of government corruption and mismanagement – research has documented how recent outflows of wealth likely driven by transnational mining corporations have far exceeded the $3 billion Eurobonds that were the focus of the default. The August Presidential elections present an opportunity for Zambia to move away from an externally-oriented model of extractivist dependent development. Will the opportunity be taken?

In Ethiopia, the political leadership in the northern region of Tigray went forward with regional elections in August 2020, which the federal government under Prime Minister Abiy Ahmed promptly declared illegal. This sparked the full unravelling of the internal tensions underpinning the developmentalist agenda pursued by former President and Prime Minister Meles Zenawi, leading in November to the outbreak of war in Tigray. These are deeply worrying times for the continent’s second most populous country, yet the possibility to hold elections this year provides a potential opportunity for the warring parties to come to the table and move towards resolving their longstanding differences.

Attracting less media attention towards the end of last year, particularly in the Anglophone press, were several political moves by President Felix Tshisekedi to undermine the Kabila family’s two-decade long hold on political and economic power in the Democratic Republic of the Congo (DRC). Citizens’ movements such as Lutte pour le Changement (LUCHA) and Filimbi have played a critical role in forcing this shift, in particular by contributing to the political climate which made it impossible for Joseph Kabila to secure himself a third presidential term. Will President Tshisekedi seize the moment to forge a nationalist agenda, in the vision of his late father and opposition leader Etienne Tshisekedi?

In 2021, we will continue to provide coverage and analysis of these and other developments across the continent – both past and present – in accordance with the Review’s founding task of examining the roots of Africa’s present condition, and engaging with the struggles and actions required to secure the continent’s emancipatory transformation. Subscribe now, and stay informed.

Ben Radley teaches in International Development at the University of Bath. His work centres on the political economy of the extractive industries with a regional focus on Central Africa.

Leo Zeilig is editor of roape.net. Please contact roape.net if you want to contribute or have an idea for a blogpost: website.editor@roape.net.

Featured Photograph: Miners in 1991 on a wildcat strike in Republic of Bophuthatswana, an artificial country created by South Africa’s apartheid-era rulers in 1977 (Robert Gumpert).