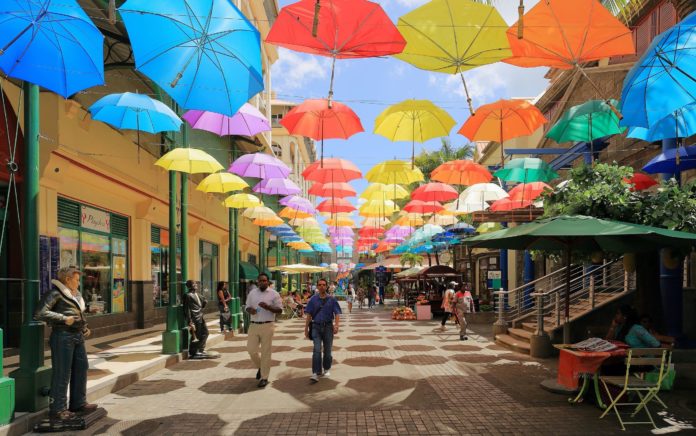 Pritish Behuria writes how Mauritius has long impressed observers. In July this year, the country was officially categorised as a high-income country. Yet alongside impressive growth, Mauritius’ financial sector has developed into a globally renowned low-tax jurisdiction.

The Mauritian response to several urgent challenges, Covid-19 or the oil spill, over the past few months has drawn global praise. Observers have begun to call for other countries to learn from Mauritius, as part of a welcome call to encourage and highlight the impressive implementation of policies in the Global South. Mauritius, of course, has long impressed observers. In July this year, Mauritius was officially categorised as a high-income country. Alongside impressive growth, successive governments have been committed to retaining a welfare state with impressive social spending for decades.

As there are increasing calls to emulate Mauritius, it is worth analysing how the country’s meteoric rise was achieved. At independence, James Meade, who later won the Nobel Prize, famously argued that prospects for development in Mauritius were bleak. Mauritius’ problems appeared insurmountable: the country was sugar-dependent, ethnically diverse and densely populated. Meade predicted a population boom, with no prospect for job creation. It appeared Mauritius was headed into disaster.

The Defiance of Mauritian Growth

Mauritius defied Meade’s pessimistic predictions. Since then, much ink has been spilled evaluating the determinants of the Mauritian miracle. Early Mauritian governments successfully committed to diversifying its economy, despite sugar enjoying preferential access to European markets. The government also made successful investments in tourism and industry (including textiles and garments). Mauritians enjoyed the fruits of their own mini-industrial revolution while also retaining the political freedom of voting in multi-party elections. Mauritius was the ultimate ‘democratic developmental state’, a term aspirationally applied by so many African governments to legitimise less-democratic systems of rule.

In the 1990s and early 2000s, political analysis of Mauritius growth showed how wealthy Franco-Mauritian sugar planters, who controlled much of the wealth, gave up political power to the majority population (of South-Asian descent from varied backgrounds), who arrived as indentured labourers in the country. Geographical isolation and threat of internal revolt combined to commit a new ruling political-economic elite to developing pillars of economic transformation: sugar, tourism and industry. However, in analysing Mauritius’ growth success, there is relatively limited attention (aside from some passing mentions) of the most important pillar (and dark side) of Mauritius’ growth success: the offshore financial sector.

Reforming financial sectors to become a hub is often accompanied by signing double taxation avoidance agreements (DTAAs). Through DTAAs, governments promise to reduce taxes to an extent that invites investors to base their companies in their countries rather than in their home countries or in the countries they wish to invest. This comes with the promise of reduced taxes in comparison to the tax rates prevailing in their home countries. Countries including Ghana, Kenya and Rwanda have increasingly pursued such strategies while others like Botswana and Morocco have had these in place for much longer. As the pandemic exposes the unreliability of some services-based growth (like tourism), it is likely that offshore strategies (which provide a source for foreign exchange for cash-strapped countries) will appear more attractive.

Mauritius’ example on the continent is dangerously alluring. The evolution of Mauritius’ financial sector into a globally renowned low-tax jurisdiction occurred because of the government’s strategic engagements with the global financial sector at opportune moments. In the 1980s, the government began establishing the infrastructure required for supporting its financial sector strategies. Since the Indian economy was still ‘closed’ to the outside world, the Indian government approached the Mauritian government to establish a DTAA to provide a channel for foreign investments into India. According to some key government officials, Mauritius was actually more intrigued by the potential of South African capital in the 1980s, with the end of apartheid likely to result in an influx of capital. However, after India liberalised its economy in the 1990s, the Mauritian government, aided by British lawyers, established the legal systems to signal that Mauritius was a secure base for potential investments into India. The influx of capital to India was enormous, as were the revenues for Mauritius: Between 1994 to 2017, 37% of FDI into India came from Mauritius, as well as 27% of all foreign portfolio investment from 2001 to 2016. The India segment of Mauritius’ offshore financial sector remains the most significant source of revenues for Mauritius and has been infamous for examples of ‘round tripping’ . There have also been examples of equally nefarious activity among Indian and African nationals (but the net is much wider than that).

Mauritius’ offshore financial centre has had a seismic effect on Mauritian political economy. There is the enormous foreign exchange that comes with being an offshore financial centre, which is the envy of any low-income non-oil producing country. The growth of offshore finance has led to what many observers highlight as a democratisation of wealth in the country. Historically, the wealthiest Mauritians comprised the descendants of Franco-Mauritian sugar plantation owners, which now take the form of large Franco-Mauritian Conglomerates that dominate the economy today. Some Mauritians of South Asian descent can also count themselves as the richest Mauritians. The growth of the financial sector contributed to a rising middle class (including lawyers, accountants and bankers) employed around it.

However, there have been significant domestic dangers associated with Mauritius’ offshore success. Despite its social spending, Mauritius remains an extremely unequal society, as well as ethnically segregated. The growing value of real estate and its services-based development trajectory created new opportunities for a burgeoning middle-class. However, the decline of its industrial sector has contributed to few opportunities for secure employment for others. Mauritius’ development path has also historically depended on the government’s strategic use of preferential treaties with others. Whether it was markets for Mauritian sugar or the DTAA with India, the vulnerability of Mauritian dependent development had contributed to the government’s sustained commitment to new areas for economic diversification. However, over the past decade, the government has not sustained this commitment to diversification. Attention to capitalising on an ocean economy has so far been slow and less-intensive than previous diversification attempts.

The Mauritian response to Covid has drawn increasing calls for others to learn from Mauritius. There is clearly much to learn from Mauritius. But with all calls for emulating others, we must be clear how supposed ‘models’ of development are emulated. Often, these models are misunderstood, selectively appropriated or presented incorrectly. We are all too familiar with how Western countries have presented their own past of economic transformation in the ‘Do as I say’ of market-led development rather than ‘Do what we did’ of state-led structural transformation.

Similarly, the World Bank misinterpreted East Asian development as being based on market-led policies and presented this version around the world. Within African countries, a call to emulate Singapore or Rwanda has been likened to emulation of their  authoritarian characteristics rather than the realities of how economic growth has been sustained. Mauritius has actually actively advised governments consistently over the past few decades on various aspects of its development: from special economic zones to high-value, low-quantity tourism. Equally though, Mauritius’ offshore financial centre has drawn attention.

As the pandemic rumbles on and treasuries dry up, some service-based strategies like tourism seem increasingly misdirected but other services sectors (despite the global scrutiny) like offshore finance may appear to be a potential source of revenues. But even considering the negative effects such strategies have in addressing global inequalities, governments should consider the negative domestic inequalities that may ensue if such strategies are pursued. Offshore financial sectors foster external dependence. Additionally, double taxation treaties and the construction of new regulatory authorities is difficult and not even enough. Mauritius remains at the low-end of offshore financial sectors. Most financial evasion continues to be driven by industrialised countries in Europe or East Asia, with stronger capacities to protect evasion. As the search for foreign exchange drives economies to develop offshore financial sectors, it is worth remembering that few strategies of sustained transformation have occurred through radical attempts at financialisation.

Pritish Behuria is a Lecturer in Politics, Governance and Development at The University of Manchester’s Global Development Institute. His research focuses primarily on the politics of economic transformation in India and sub-Saharan Africa.